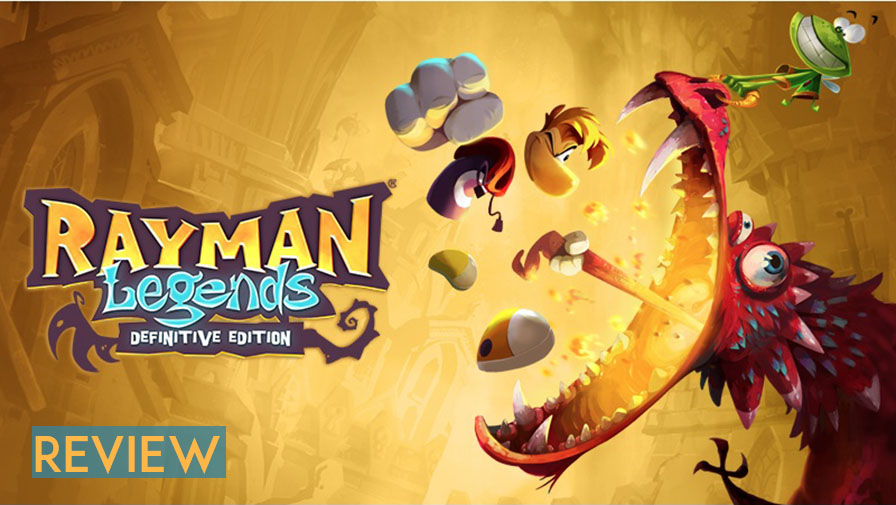 The Rayman series returned in 2011 with Rayman Origins, and then Rayman legends in 2013. Both games revived the platformer genre and featured some of the most beautiful artwork, thanks to Ubisoft’s wonderful UbiArt Framework, a 2.5 game engine that has seen some wonderful games utilize the engine. I’d wager to say that Rayman Legends is one of the best platformers in years, and easily the best of Ubisoft’s former mascot, and with Ubisoft actively developing for Nintendo once more, it’s nice to see the French publisher release Rayman Legends as a definitive edition for the Nintendo Switch – even though there is little that was added.

It needs to be spoken about right off the bat, Legends is beautiful, full of color and wonder. Seeing the levels in motion, even simply standing around, each frame looks like a hand-painted piece of art with the given freedom to explore each backdrop. The UbiArt engine is one of my favorite things to come out of Ubisoft, it’s been used in other games like Child of Light and Valiant Hearts. As for being the definitive edition? Well, depends on who you ask, while some minor things do get added, it isn’t anything particularly exciting, in fact, the biggest addition is being able to play as the characters who were once console exclusives to each platform now are on the Switch. I wouldn’t classify this version as definitive, it’s just got the extras added in, leaving the port feeling meager by comparison.

Being on the Nintendo Switch, Ubisoft has once again added Murphy back to the touchscreen (he was relegated to the controller for both Xbox and PS3) and you can tap and swipe on him once more. The controls have been modified to acclimate to the Switch, so by activating Murphy’s touch via the hub area, you can play through the original levels from the Wii U release.

In addition to the new Legends levels, the remastered stages from Rayman Origins are here, but you need to earn them, even though it’s a chore to do so. The way to unlock them is through Lucky Tickets, a gift received when you do well on a level, however, the kicker is how randomized the prizes can be, leaving you with no way to pick what you win. I didn’t realize just how many characters were available in Legends, either, from the start I counted 34 playable characters, including my favorite, the Assassin’s Creed skin, the Mario Rayman, and UbiRay, an exclusive character that was available to game developers at one point.

Kung Foot, a football minigame caught me by surprise, I half expected to get a few matches in then put it away and focus on the campaign, instead me and three of my coworkers sat and got a kick playing tournaments. The game is simple, there are teams of two and each team needs to bash the ball into the opposing teams net, with games that last up to two minutes and with allowing up to eight teams, you can expect some hilarious matches ahead all the way into the final game of the tournament.

Rayman Legends Definitive Edition is that only in name, everything you get in the Switch port was at some point already available elsewhere. I don’t think an expanded roster or including tournaments in Kung Foot is enough to earn that moniker, but if you’re going to go with it, at least give us more than that. This isn’t a knock against the game either, Legends is still a fanciful platformer, and one I still hold dear to this day, and now with a new home on the Switch, you should check Rayman Legends out.