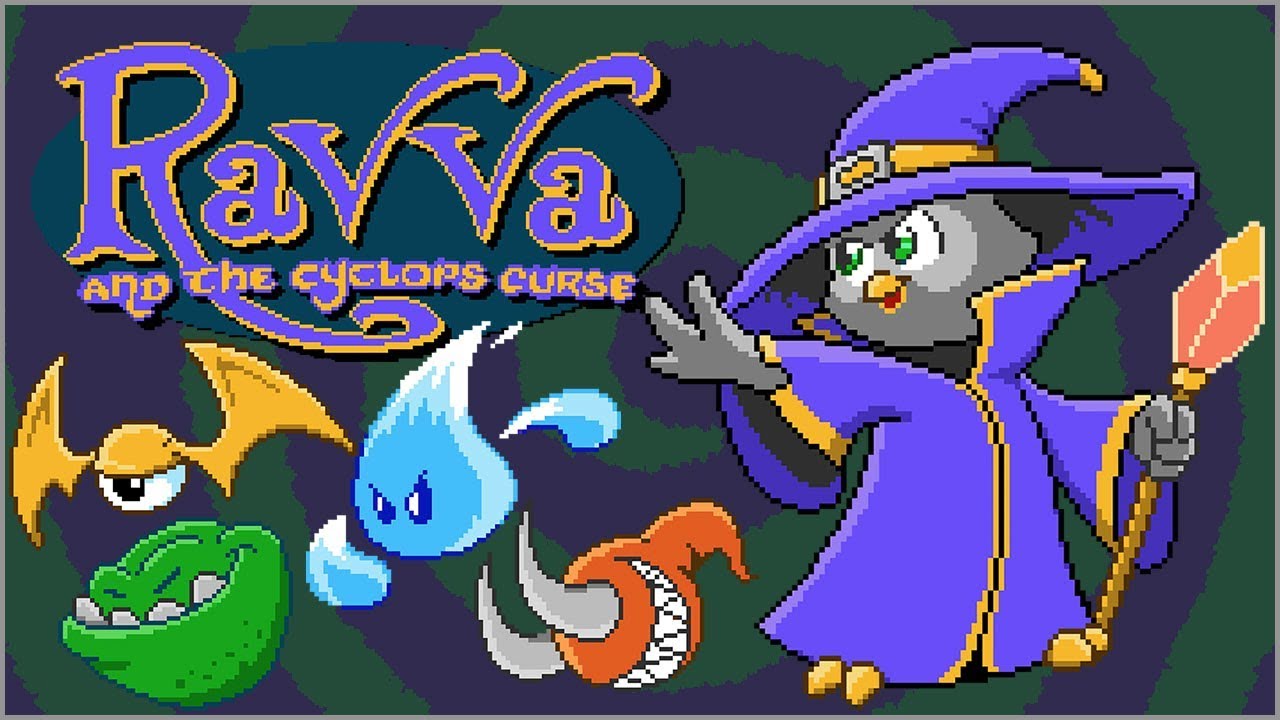 Review: Ravva And The Cyclops Curse

Ravva and the Cyclops Curse is developed by Galope, an indie team composed of two individuals from Brazil who have combined their love of video games and their knowledge of Unity to create an 8-bit platformer that is reminiscent of the gaming experience of the NES era.

We are told of a female summoner who battled alongside creatures to fight the evil Cyclops upon his arrival, but the summoner was unsuccessful and was turned to stone as a result of a curse placed on her. Ravva, the summoner’s child, set off upon the most dangerous quest alongside his minions and make their way through treacherous environments towards the Cyclops’ castle and break the curse.

At first glance Ravva and the Cyclops Curse may look like a simple platformer, but that is far from the truth. Ravva will traverse three different environments en route to the Cyclops’ castle alongside four different summons that can be called upon at any moment to overcome specific obstacles. They will be utilized to freeze objects and slow enemies, fire projectiles into the air, unleash a poison attack that does splash damage, and the most used minion reveals hidden areas and objects within each stage. Hidden objects can reveal power-ups for Ravva’s primary attack, extra lives, invulnerability, and an abundant amount of coins to increase your score. Each stage will have you searching for the exit, represented as a large crystal, but arriving safely is more difficult than it looks. Not only must you overcome environmental hazards such as spikes, fire, moving blades, and dragon heads that shoot fireballs upon close proximity, but you also have to deal with the multitude of enemies that lurk around. You must prioritize eliminating green portals that spawn enemies as they can easily overrun your position while attempting to advance towards the exit. As you progress on your adventure you will encounter stronger enemies that hurl fireballs at your position and even chase you with increased speed. Experimenting with your summon abilities can result in their removal with more ease, but it can be difficult to cycle between the abilities upon impending death.

The visuals and soundtrack bring me back to my first introduction of playing NES video games. Ravva and the Cyclops Curse’s difficulty also complemented that era as certain areas will bombard you with enemies that your only option felt like loosing one of your lives. Thankfully, a game over results in re-starting the current level and not the entire game. Boss battles are present and may take more than one attempt to achieve victory, but discovering the attack patterns is the key to success. You are not only trying to defeat the Cyclops and remove the curse that has turned your mother to stone, but achieving the highest score while doing so is also at the heart of Ravva and the Cyclops Curse.

Each stage is littered with hidden items and secret areas that grant you a multitude of points and items to aid in the journey. Achieving the highest score will result from uncovering secrets, not taking any damage, and completing the stage as fast as possible. These factors result in a increased amount of replayability as you will want to see if you can beat previous scores. Ravva and the Cyclops Curse instantly impressed me while completing the tutorial at the beginning, which I highly recommend doing to learn how best to approach every situation. It presents a very charming 8-bit platformer that many of us remember from our childhoods. Every aspect is reminiscent of a successful title from the NES era: it offers a short and informative introduction to the story, perfected gameplay mechanics, great level design, and an experience that never truly ends as the replayability factor will have you returning for more. Ravva and the Cyclops Curse is highly recommended and we look forward to Galope’s next title Meawja, an 8-bit action platform game where you play as a black cat to overcome many challenges and become a certified ninja.