While the original Psychonauts had a rocky launch almost 16 years ago, the follow-up launching this week on console and PC is in an entirely new era where crowd-funding and Game Pass exist. Majesco went out of business after Double Fine’s first entry in the Psychonauts series failed to do well financially but it wasn’t until years later the game became a cult hit for the studio.

The history behind the game feels like a rollercoaster, picking up speed and going for a vertical loop by raising money via the Fig platform only for Double Fine to be purchased outright by Microsoft.

Psychonauts 2 takes place immediately after Psychonauts in the Rhombus of Ruin, the VR midquel that continued the story from Psychonauts. If you feel like you’re out of the loop or need a refresher on the events of the first game — Double Fine’s gone ahead and recapped the most important moments. Psychonauts 2 moves us from Whispering Rock Psychic Summer Camp, a government facility used to discover and train children with mental abilities to a more international location that begins with Raz heading to the Motherlobe, the headquarters for the Psychonauts. 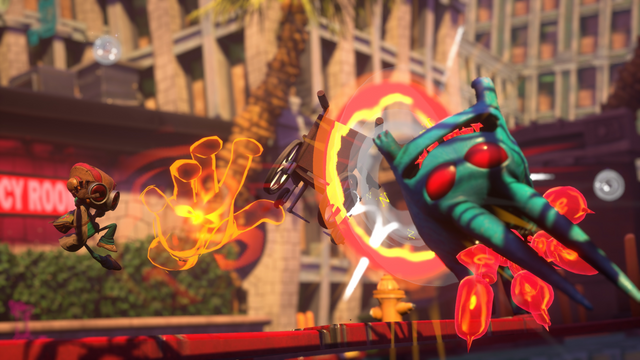 Inside the Psychonauts headquarters are several things to see and do. By collecting PSI Cards, you bring them back to Otto-matic, “the one-stop-shop for Psychonaut supplies, Pins to mod your PSI powers, and PSI Challenge Marker Creation.” As an intern, Raz has access to much of the Motherlobe, the headquarters of the Psychonauts. Exploring often leads to quests and you’ll often find some hilarious missions. One of Raz’s first assignments is mail duty in the Mail Room that quickly turned into a mission for Raz, having decided to personally deliver a package to the head of the Psychonauts.

Psychonauts 2 is a story about the history of the firm and the battle against Maligula. From the earliest moments, it feels like every step of the way, someone is trying to bring back Maligula which would be absolutely the worst possible outcome. 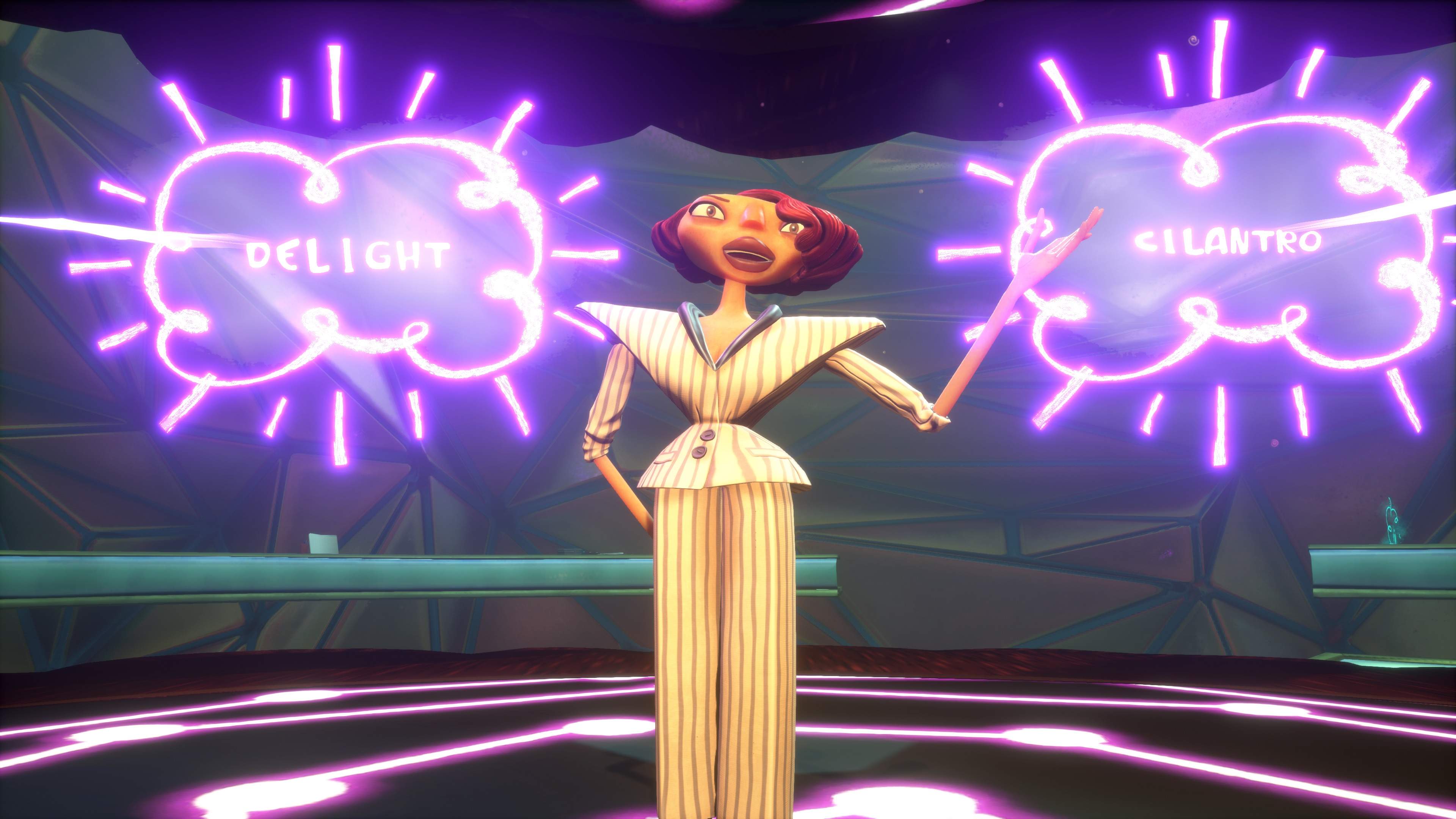 The general flow of gaining and upgrading power-ups is rewarding and even the battle system feels much better implemented given combat was the weakest link of the first game. Mixing and matching melee and kinetic abilities feel much more natural than in the first Psychonauts. I always felt incentivized to go out of my way and achieve the highest rank and the best power-ups for Raz, giving me more than enough available upgrades to make combat and exploration consistently exciting.

The platforming sections are good and if you’ve played the first game then it’ll be like riding a bike. Combat gets a dodge button and is all the better for it. Boss battles are intuitive and largely much better implemented than in the first game. 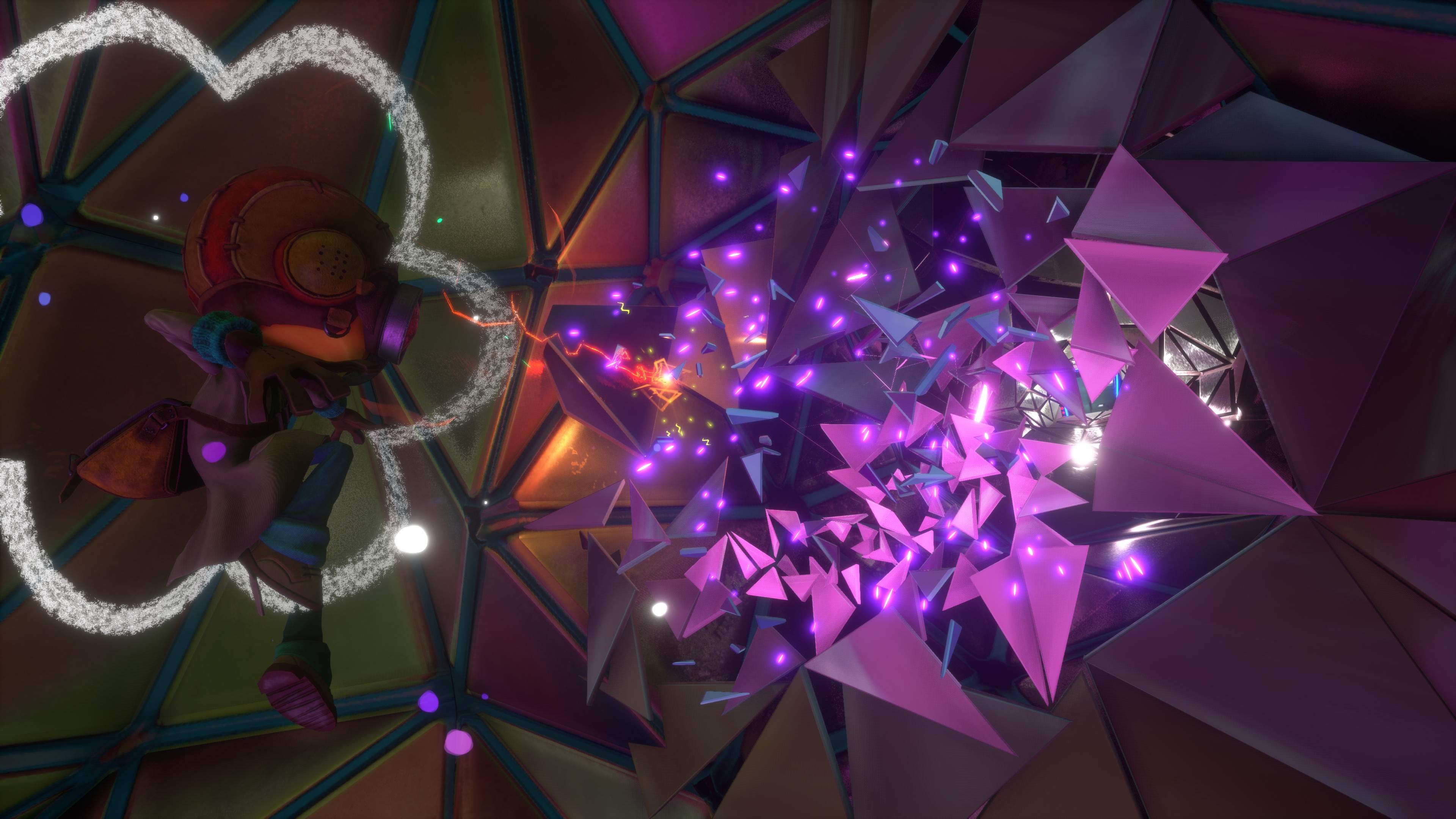 Your internship is tracked through the main menu and is crucial to unlocking new psychic abilities. You can also increase your rank by finding PSI challenge cards among other Nuggets of Wisdom, these items allow Raz to gain Intern Credits and upgrade his psychic powers. 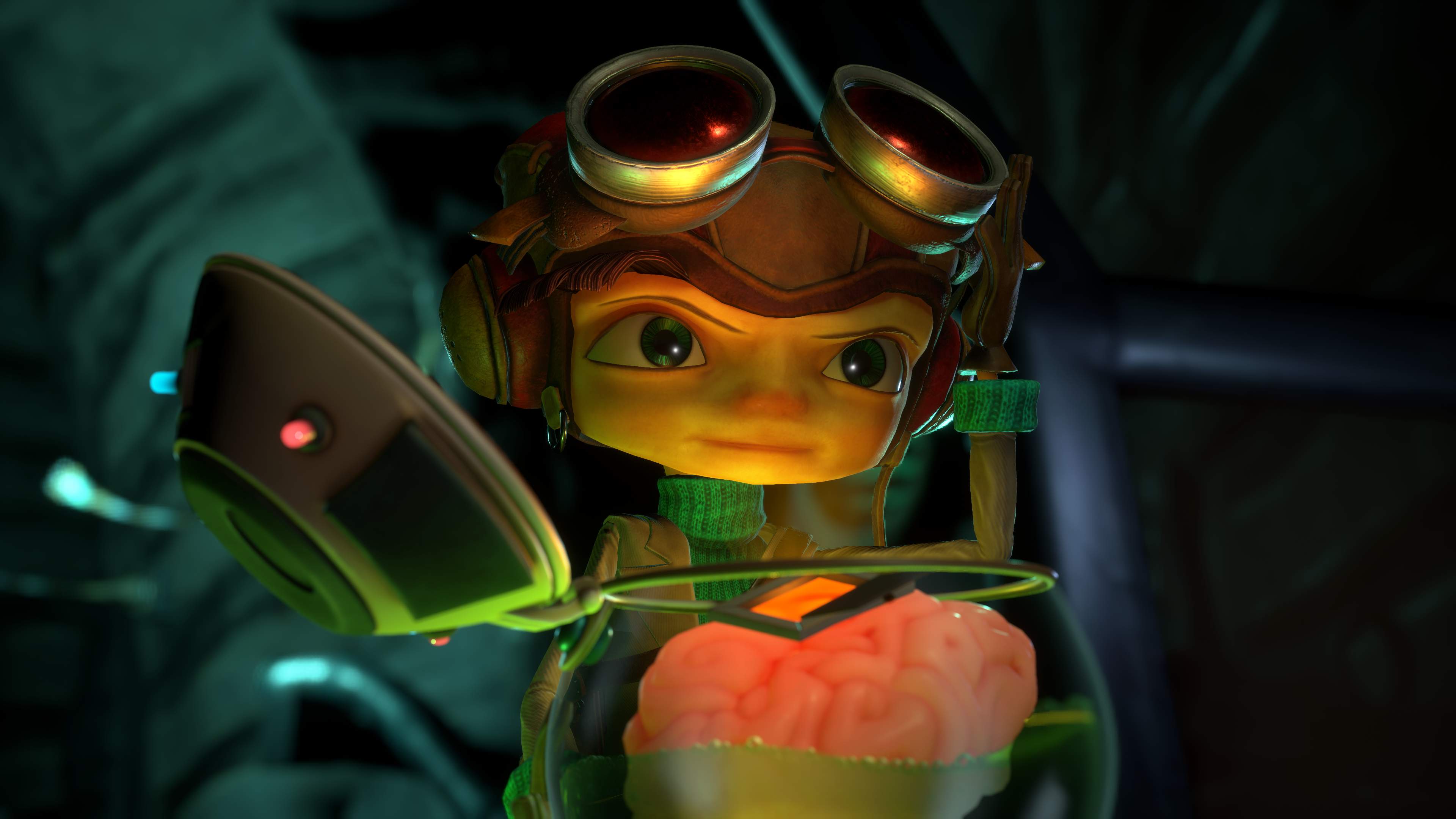 Raz’s powers give him abilities like Clairvoyance, the power to see the world and interact with it as someone else. You can find hidden items or solve a puzzle and you always see Raz as an interpretation of what the individual sees as a typical spy with a fedora, sunglasses, and black duster jacket. Animals see you as bigger versions of themselves and are used to finish puzzles and provide some humorous instances of your Clairvoyance power.

Psychonauts 2 – A Look Into The Mind’s Eye

As Raz’s rank increases, he gains Intern credits, user to upgrade PSI Power Upgrades. You begin with Melee, Telekinesis, PSI Blast, Pyrokinesis, and Levitation. Each category includes four subskills per ability with upwards of ten ranks per category. Melee, for example, begins with Base Power, a simple punch for Raz. Hitting Rank 2 fives Raz the ability to punch while dodging and you unlock stronger abilities the higher your rank goes. 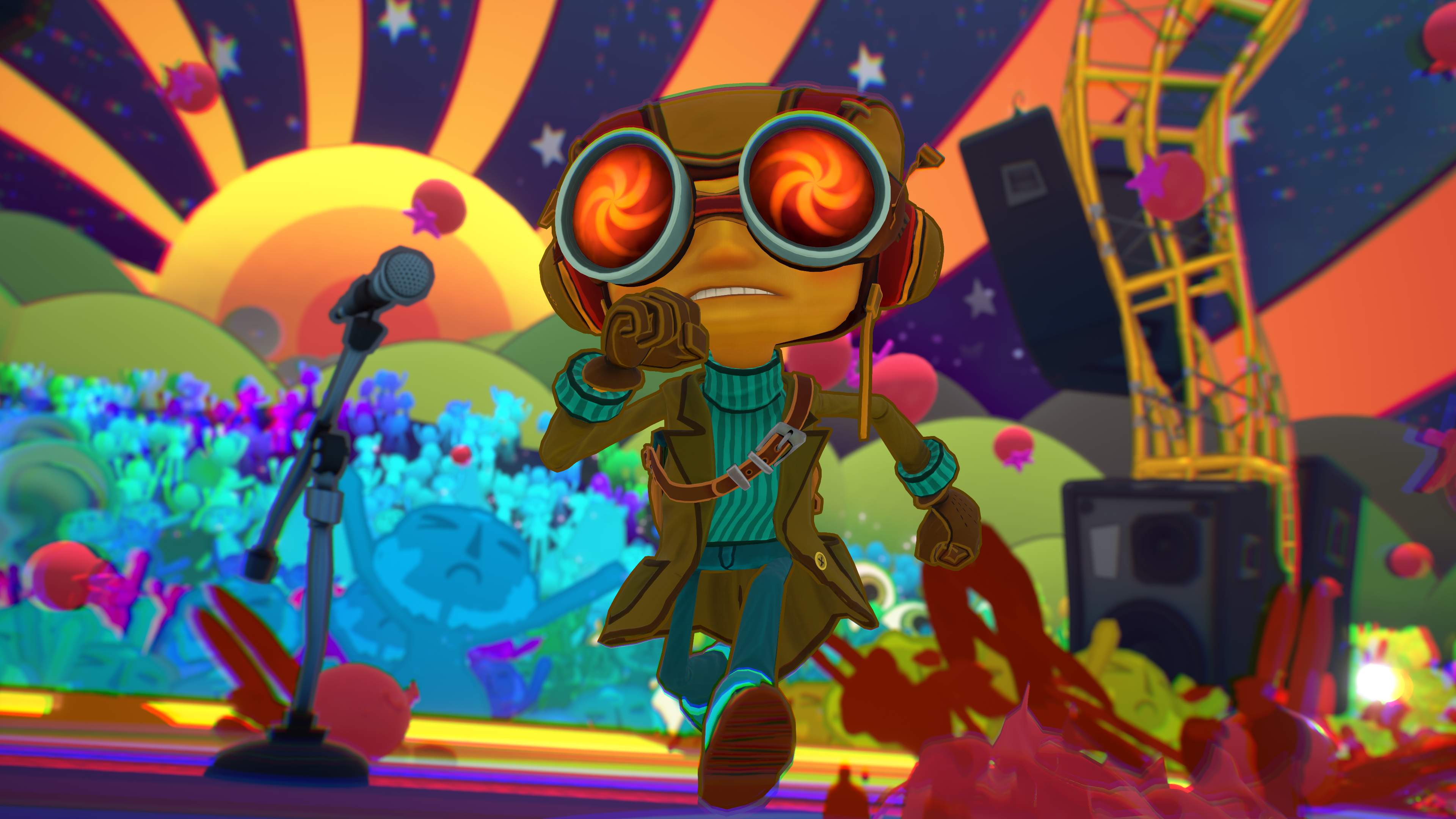 What’s easily a highlight is how intricately bizarre each brain level in Psychonauts 2 is. No two minds are the same and diving into the mind is always an unknown adventure. A lot of the humour the game excels with due to the brain levels and how each character’s mental state is offered to the player. In short, you go from a traditional platformer in one section while someone else’s mind is a tense cook-off show. I was worried that the brain levels would end up being similar but surprisingly, I found the variety to be enjoyable and welcoming more than anything. Each brain level is wonderfully crafted to give players things to do while keeping them engaged at the same time.

One minute I was an intern, the next I was a Psychonaut

The conversations around mental health have improved over the last decade. Psychonauts 2 radiantly focuses on these topics without beating you over the head. Tackling such a delicate concept isn’t easy but Double Fine’s elevates the issues and given the content to someone who might not be familiar with them. How do you challenge someone’s impression of what a mental health issue is? In this case, by diving into the subconscious and changing things.

Psychonauts 2 explores the characters in-depth. You learn a lot about them by diving into their brain and learning more about what makes them so insecure, what demons pollute their minds. This is where Raz comes in as a Psychonaut and paves the way for the individual to tackle their issues with the right set of tools.

One character might have repressed memories, another has a gambling addiction, one is an alcoholic and all of them are in need of your help. From the moment you load the game, you are given a mental health notice and one that says some who play the game may be triggered by the events of the game and I can understand why the warning was given even if I was unaffected. 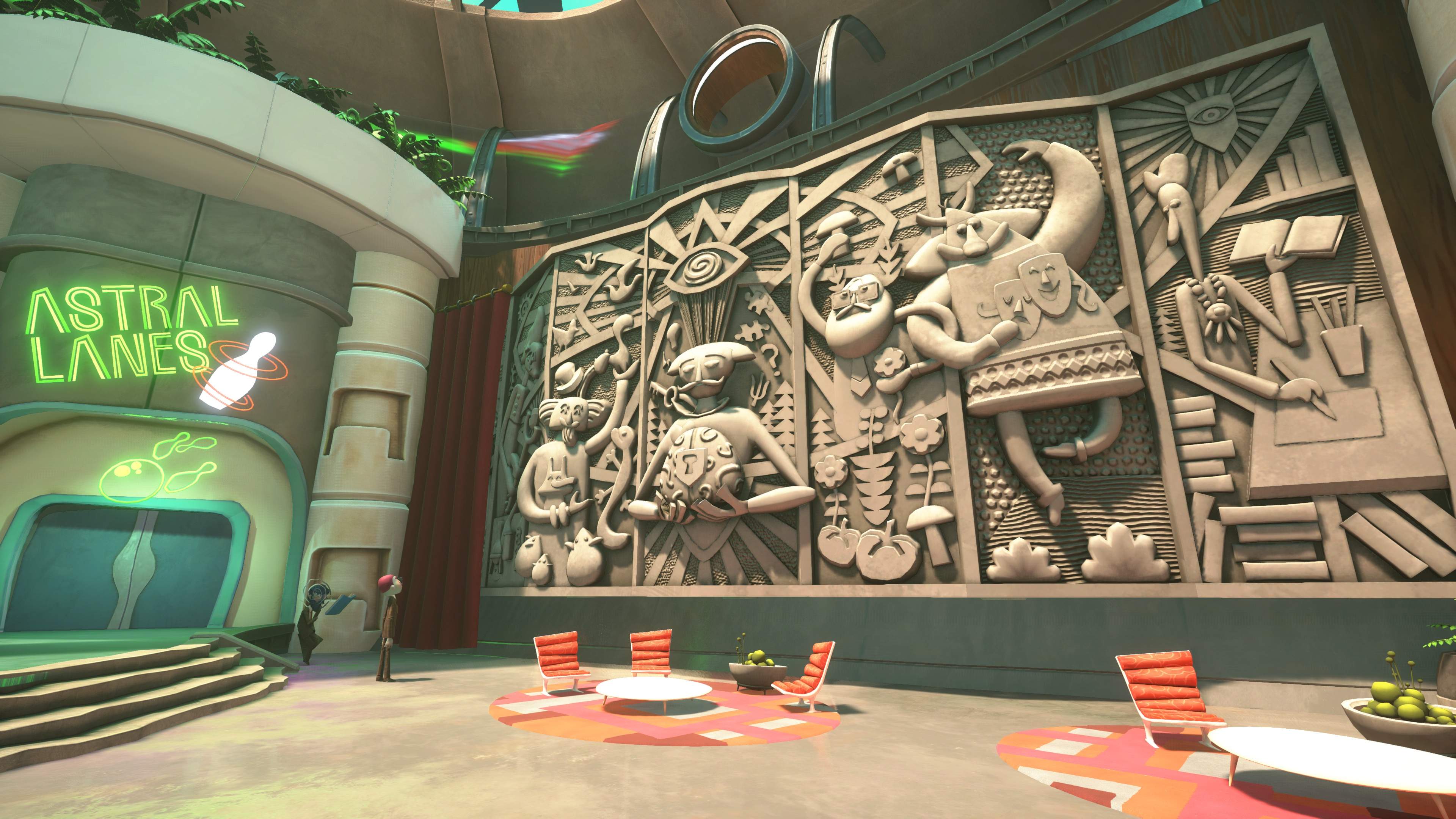 In Psychonauts 2, the majority of the action is set within one’s mind, where the individual’s personality and mental anguish become full-fleshed levels packed with enemies, puzzles, and platforms to conquer. It is a brilliant way to translate the state of one’s mental health into a visual representation of what they are dealing with and you’ll often come across censors that will not hesitate to crush thoughts that don’t belong there. 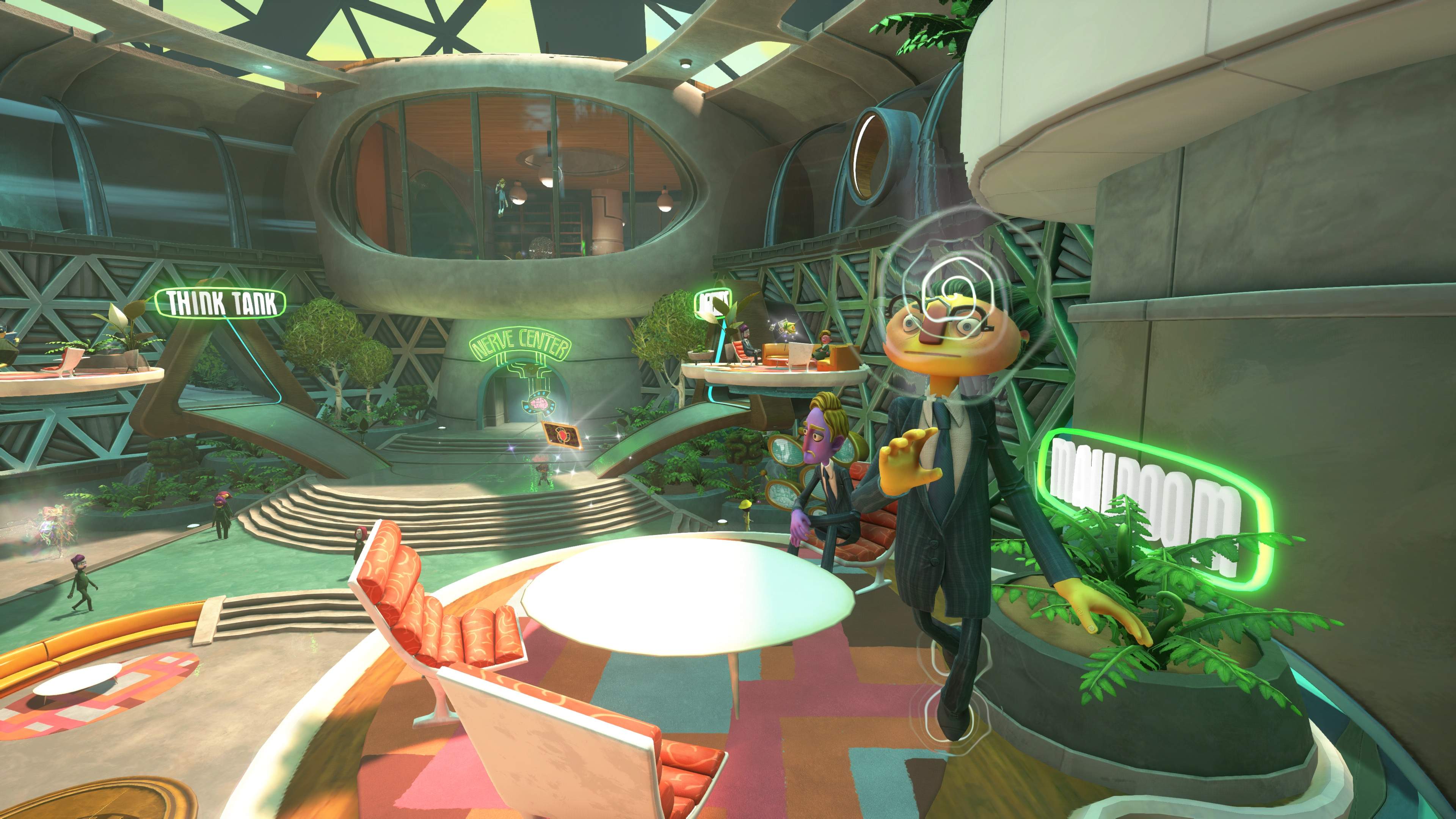 Let’s Work Together to Heal Your Trauma

The sequel smartly improves the combat from Psychonauts and does so by melding the use of psychic powers to melee — in short, the build-up and flow of combat feel organic and work in tandem. The closest comparison to battles unfolding is how Remedy’s Control gives you the freedom to chain abilities in smart and satisfying ways. Coming off the first game in anticipation of reviewing the sequel paints how far along the game’s mechanics have come in 16 years and it is a much better game for it. 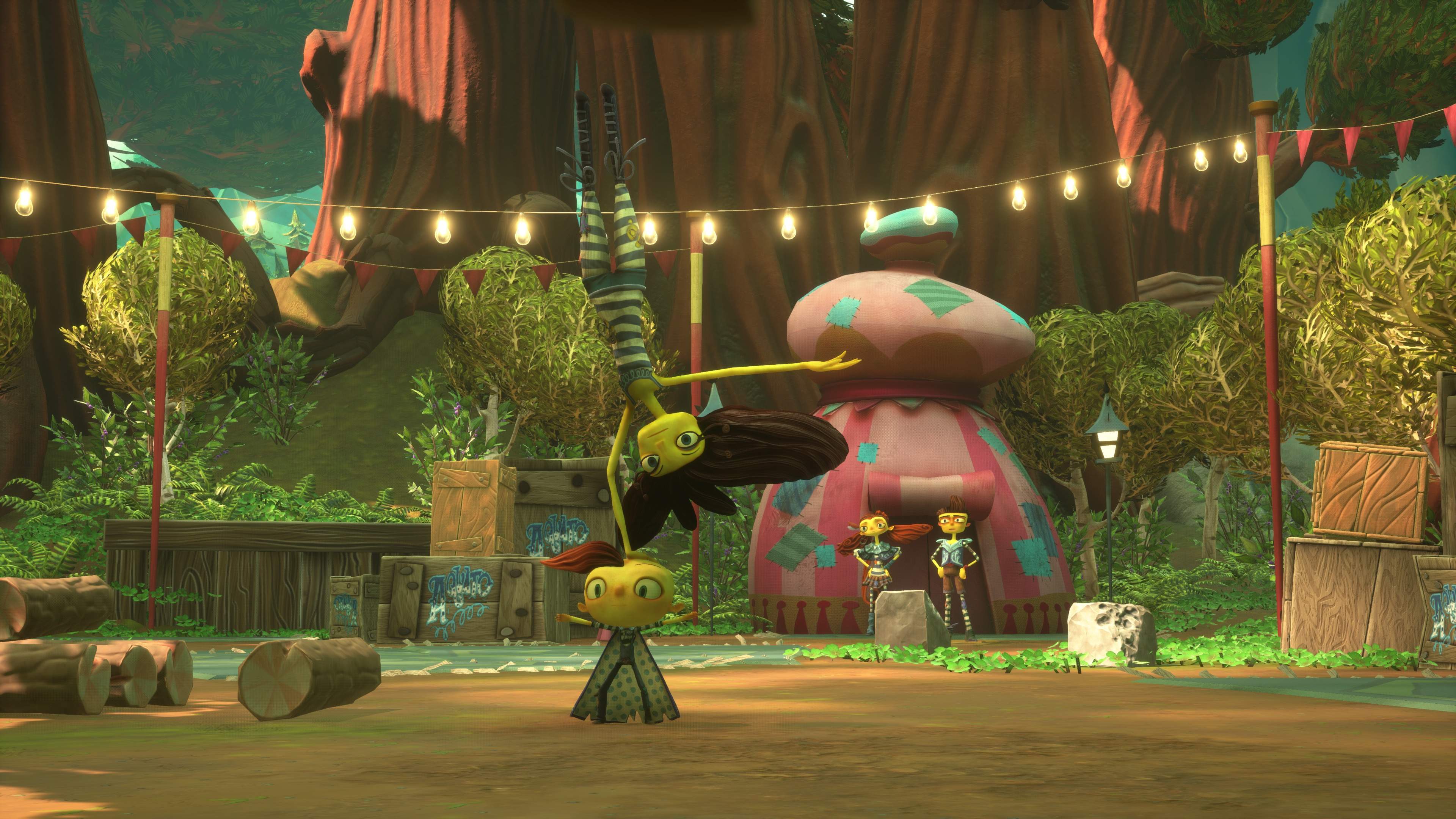 What I found enjoyable is how Double Fine approached such a sensitive topic with an overwhelming amount of empathy. In Psychonauts 2, it isn’t about just changing the minds of people but helping them heal their traumas. It’s rare that a form of media, let alone a video game addresses the topic but the writers deftly and approach the subject in a valuable way. 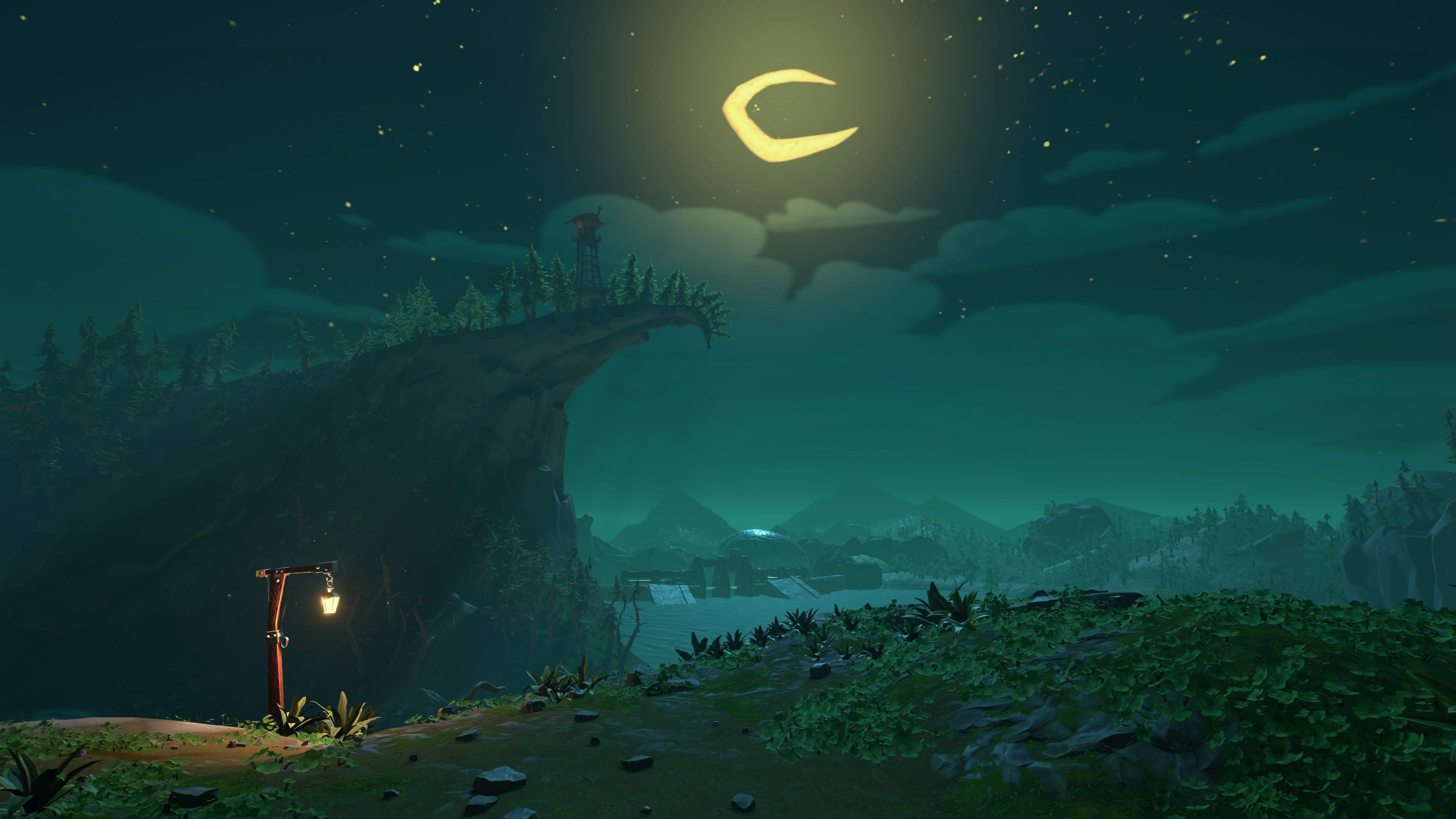 Psychonauts 2 is everything a sequel should be — bigger, bolder, better. It builds upon the predecessor’s tentpoles and offers an empathetic look at those around us. Whether we acknowledge it or not, each one of us fights a daily battle with mental anguish and Psychonauts 2’s execution in storytelling is one of the best things about the game. Psychonauts always felt ahead of its time whereas Psychonauts 2 feels like it is right on time. Sure, the wait was nearly two decades but the top-tier writing and gameplay improvements more than makes up for the 16-year wait.