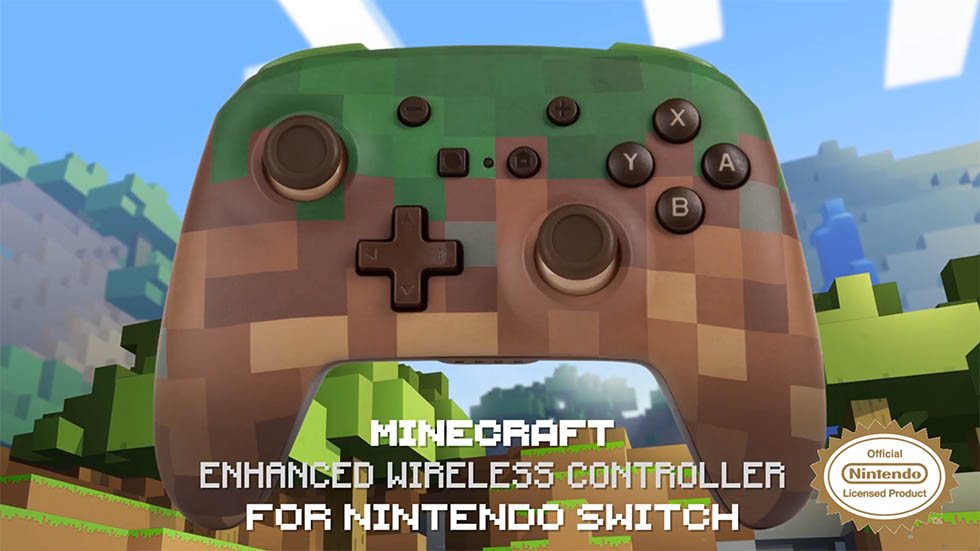 Back in June, I reviewed Minecraft Dungeons – an excellent take on Diablo from Mojang. It boasted all the charm you’d expect from Minecraft mixed with the dungeon crawling you’d find in Blizzard’s hit series. My biggest regret is not being able to review the game with PowerA Enhanced Wireless Controller for Nintendo Switch, which uses a Minecraft Grass Block aesthetic. And if you ask me why I want this, it’s because I adore the pattern that’s been used to adorn the entire controller. What isn’t to love?

Add in the fact that while I can’t say enough positive things about the Nintendo Switch Pro Controller, the biggest caveat is the price – it’s almost $100 in Canada. Enter PowerA, an up and coming company that’s done an excellent job at filling the void of Mad Catz. The allure of owning a quality controller and not having to use the Joy-Con Grip is exactly why anyone needs to consider one of the many iterations PowerA offers. 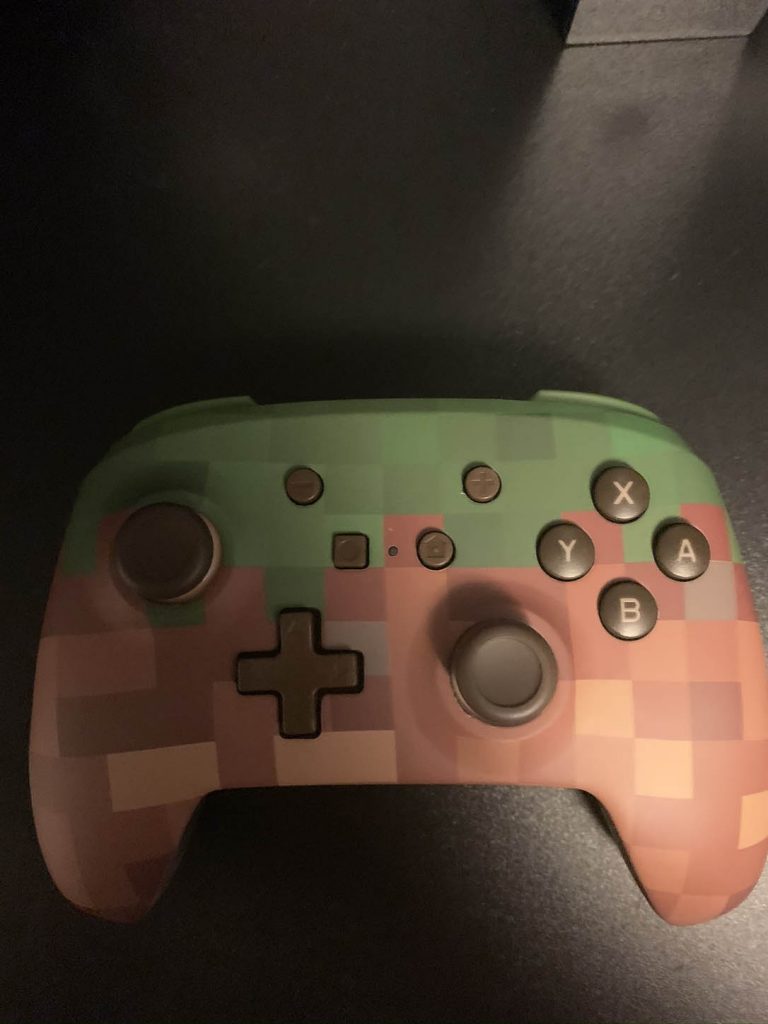 I’m really impressed with the quality of the PowerA Enhanced Wireless Controller. It’s one of the best controllers you can purchase at half the price, and not only that, it’s better than any other third party controllers I’ve used over the years. However, there are some minor differences when compared to the official Pro Controller: there is no HD Rumble, no amiibo support, and no IR.

As it were, don’t let that deter you because this is an officially licensed product that used Bluetooth 5.0 wireless to sync to your Nintendo Switch. On the back are two mappable buttons and every button feels great when pressed. There’s also rumble included but it lacks the haptic feedback I prefer from HD Rumble. I’ll take the mappable buttons over a specific rumble any day though because it lets me enjoy playing video games a bit more due to the customization allowed, and no official controller offer this. 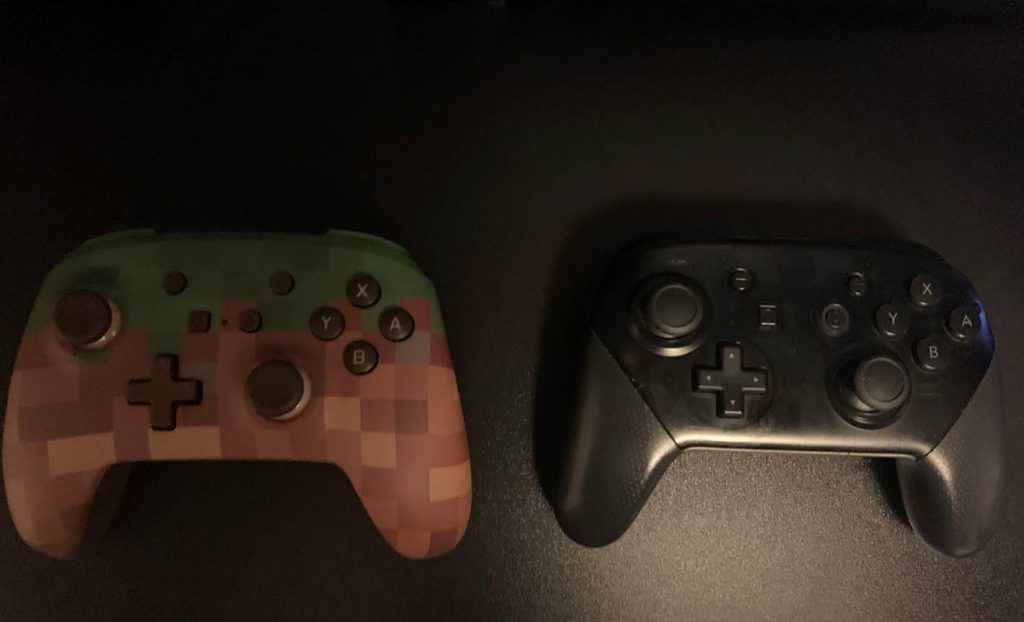 Feature-wise, the PowerA Enhanced Wireless Controller for Nintendo Switch offers motion control. I know not every game on Switch offers this but knowing I don’t need to change controllers when I do is a big time saver. Not only that, the controller offers LEDs for player numbers (so you know what controller yours is) but also button mapping for accessibility and a low battery warning. Those programmable buttons come in a pinch when playing Ninjala and when trying to play games where time is of the essence to succeed.

PowerA is a cheaper alternative

Compared to the Pro Controller from Nintendo, I notice my hand placement differs but not to the point of being uncomfortable. Small touches like trigger placement feel natural, there’s no gap between the buttons on top and that means better responses when pressing ZL and ZR. I have large hands and to find a controller that doesn’t cramp my hands can be an issue at times. I’ve had great success here as the PowerA Enhanced Wireless Controller feels good to hold. Granted, it is on par with the Switch Pro Controller so it’s certainly got the advantage against other consoles in that regard. 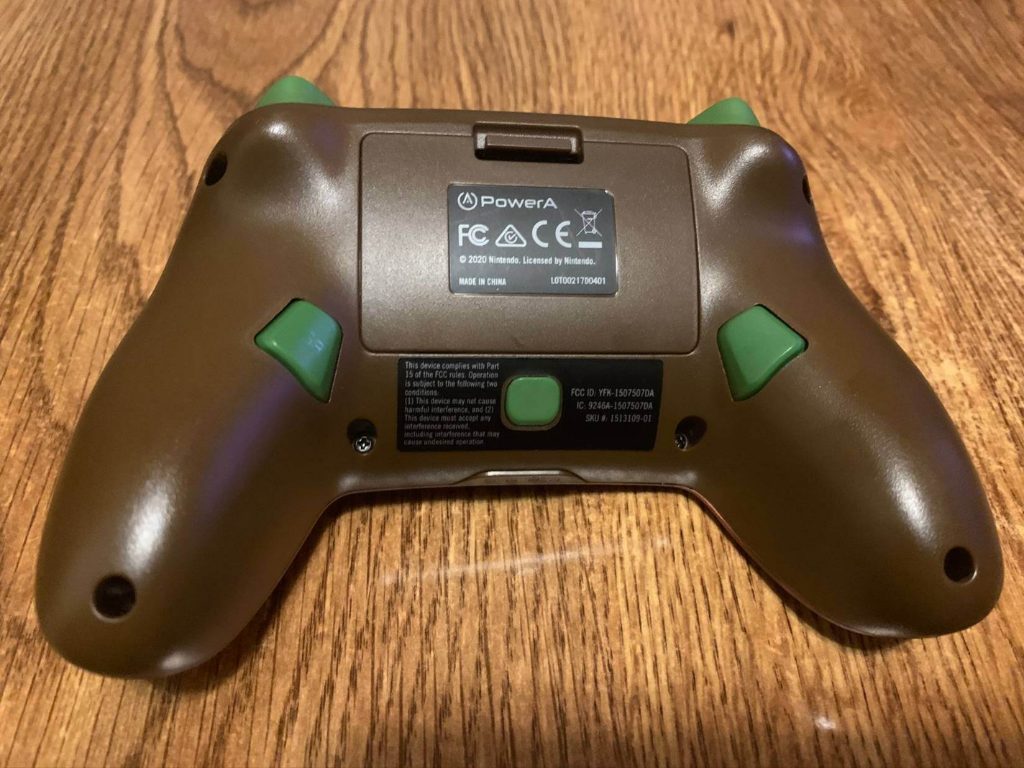 I’ve praised the controller now, but after using it for several weeks I did come across a few things I hope are addressed in the future. My biggest gripe is the D-Pad – it feels like it could break any moment due to the material it is made of. PowerA has an excellent shell for the Enhanced Wireless Controller but that pad needs to be addressed in the future. If you want to delve into a fighting game like Dragon Ball FighterZ, attempting to pull off some of the moves may not connect because of the D-Pad unable to deliver the quality a game like that deserves.

PowerA Enhanced Wireless Controller for Nintendo Switch – Minecraft Grass Block is an excellent alternative that doesn’t break the bank. It has an exciting aesthetic and the colour scheme is eye-catching but not overbearing. After spending a week using PowerA’s new controller, I’m convinced that they understand that you don’t need to overspend to own a quality peripheral. And while it lacks the HD Rumble from official Nintendo controllers, or scan Amiibos, the customizable buttons on the back make up it – how often are we scanning amiibos these days anyway? Using Minecraft’s Grass Block is a stroke of genius for PowerA and I’m excited to see how the company grows and empowers gamer habits as we move into a new generation.

[A review unit was provided by PowerA for review purposes.]