In Potion Permit, the player takes on the role of an apothecary sent to the village of Moonbury from the capital at the request of the mayor. The mayor’s daughter has fallen ill and their healer is unable to remove the evil from her. Unfortunately, the villagers have no confidence in apothecaries and even less in those from the capital after an incident in the past that caused serious damage to the area’s land and vegetation. So, you will have to work hard to gain the trust of the villagers and put everything back in order in Moonbury.

So it’s a solid story with a style somewhat modelled on other similar life simulators that are presented to us, challenging anyone who wants to try and make a name for themselves because, unlike many others, you start your adventure and already everyone seems to hate you or avoid you like the plague.

Potion Permit is charming when it works

The gameplay of Potion Permit is very similar to Stardew Valley, My Time At Portia and Rune Factory. However, there are a few unique twists that fill in the gaps so that you don’t create just another clone. The player will spend their days travelling around the country, gathering resources, and fighting creatures to, usually, get stuff that will help them in their task. As the town’s only apothecary, the player has the onerous task of caring for sick villagers and will even have to run a clinic where people can go when they feel ill to be diagnosed and then treated. 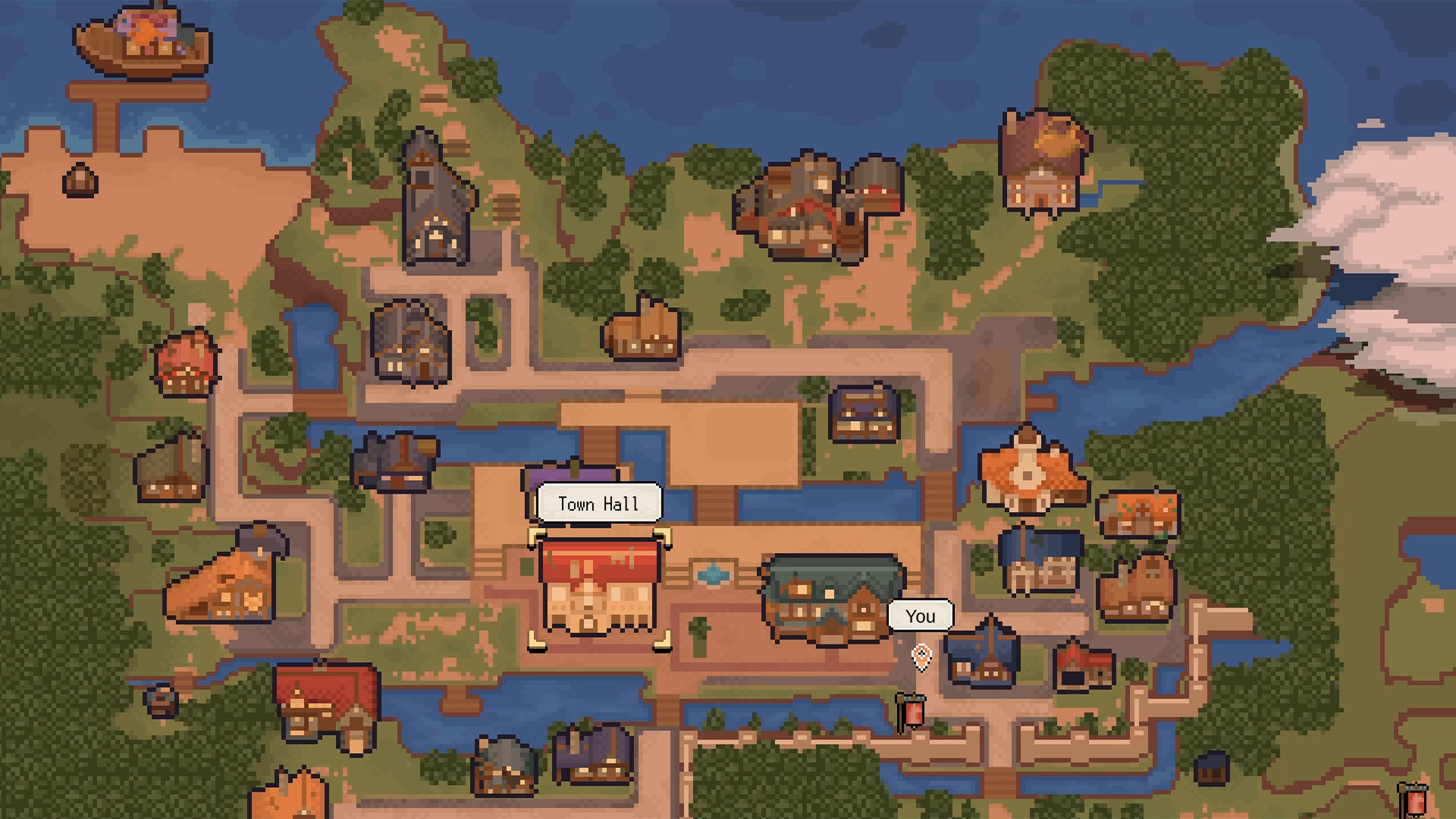 Each time a sick resident visits the clinic, the player will have to diagnose what ails them through a mini-game to identify the affected area, followed by a minigame where you have to tap the right keys at the right time or a memory mini-game, to successfully diagnose and then develop a potion to cure them.

Potion Permit requires the player to complete small block puzzles in order to make potions, based on the four traditional elements of air, water, fire and earth. Some potions only allow certain types of materials, restricting the player from using too many ingredients or the wrong elements. Misdiagnose your patient or leave them waiting too long and they will be dissatisfied, breaking the trust of the town and its inhabitants in you. This will even prevent you from accessing some of the game’s sidequests and other features if people decide to stop talking to you. Conversely, if you succeed, people will be happy and trust you more, giving you access to new sidequests and more. For fans of Stardew Valley or Story of Seasons, you’ll also have the opportunity to befriend citizens and even find romance with six of them, even having the option of having same-sex relationships. 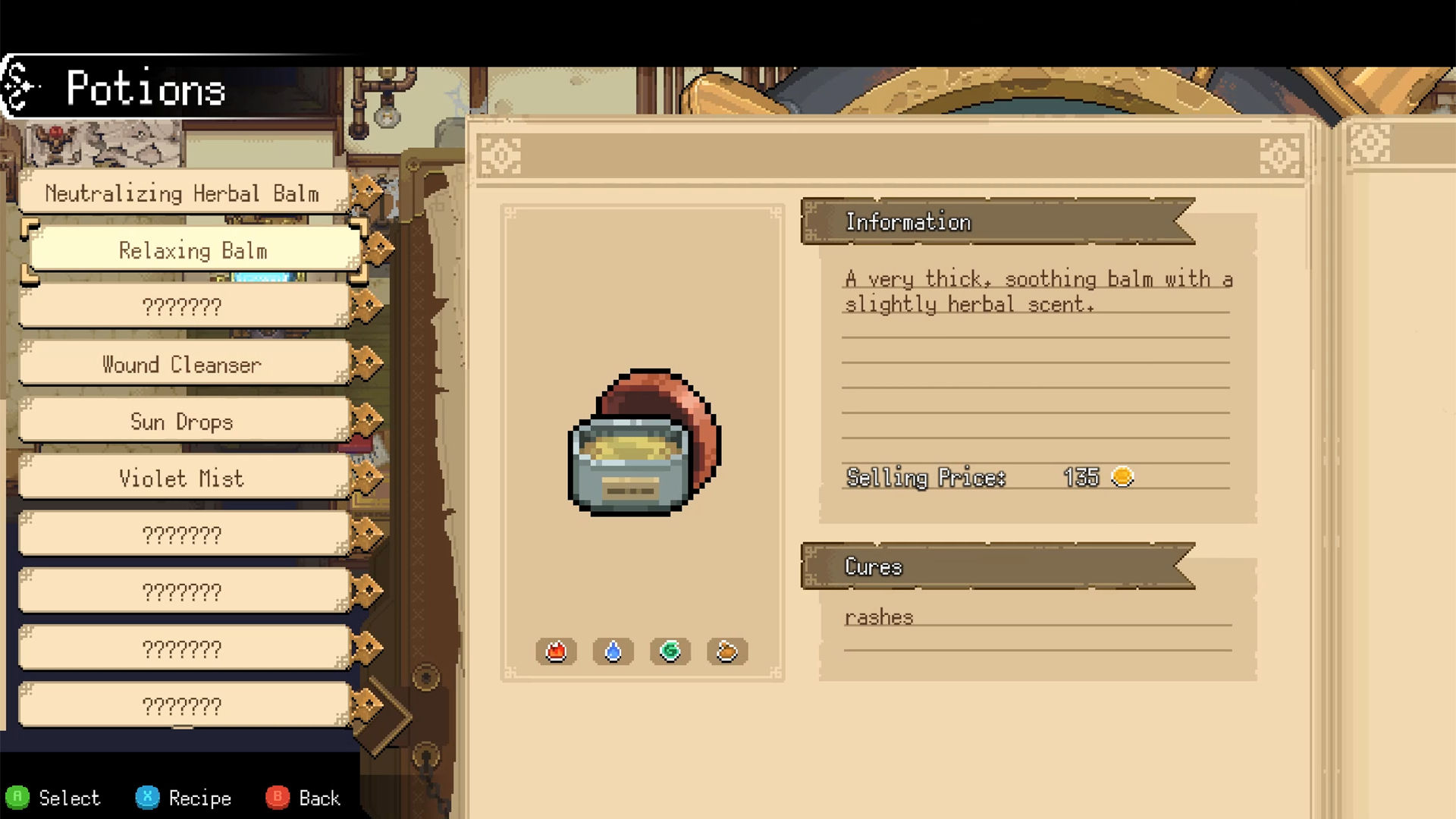 The resource gathering and combat systems are pretty basic. You simply use the right tools on the right resources by choosing between the scythe, axe or mace and these same tools will be used to beat up the creatures that lurk around. Each action performed uses up your stamina and once your stamina is down you can’t perform any more actions, forcing you to sleep to rest or use items that will temporarily boost your stamina.

Potion Permit isn’t a perfect game and it certainly has some issues. It’s a bit of a technical roll of the dice because, while the game runs well most of the time, instances of freezing or random framerate drops and, among other things, the Whack-a-Mole mini-game in the arcade located in the basement of the bar that just doesn’t work. 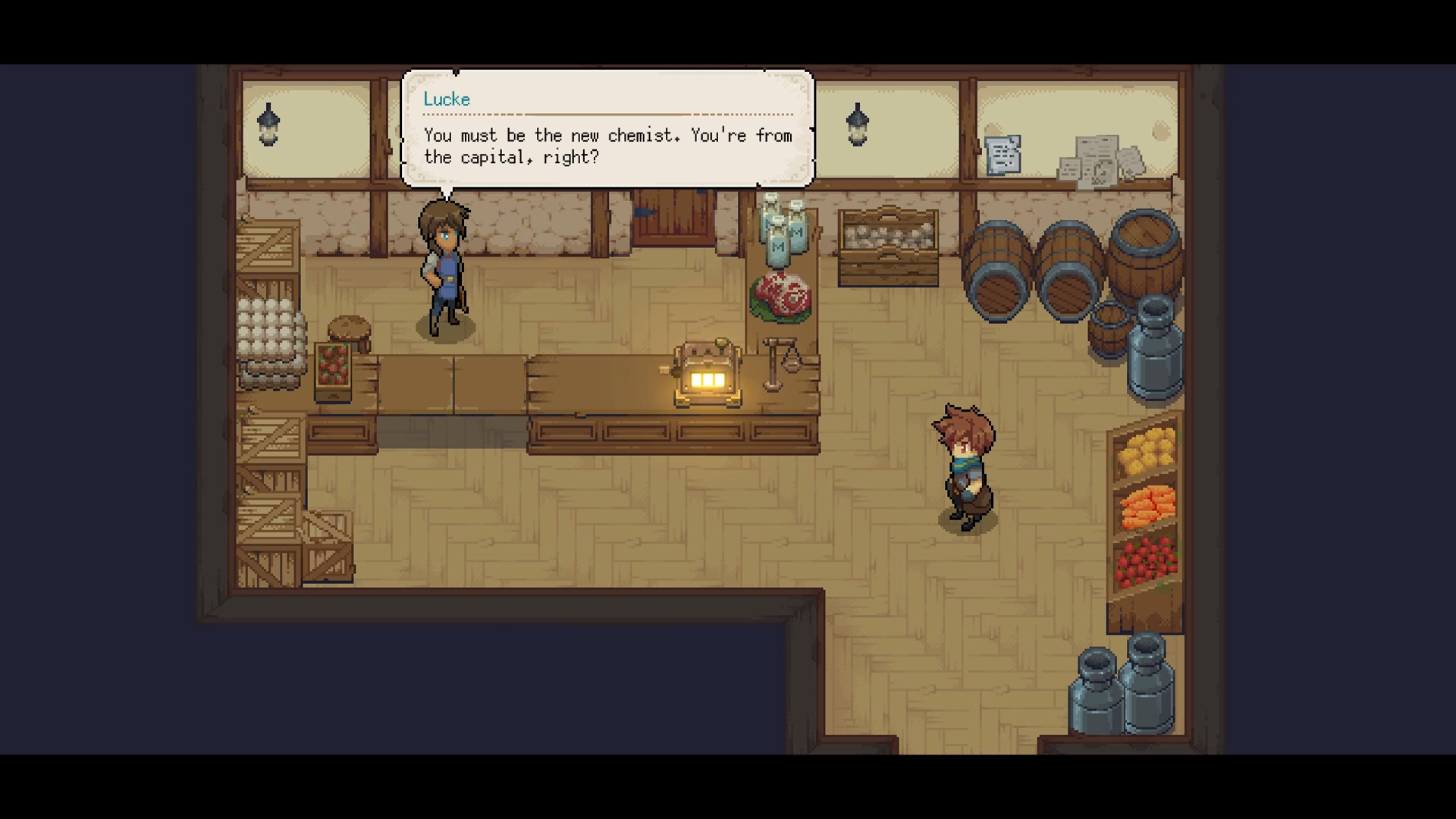 Also, some elements of the game could have been developed in a much more interesting way, namely the way you search for certain potions. I actually received a research table but was never able to learn any on my own as all the ones I found came from sequences in the story and via some sort of weird mini-game. I would have liked to have been able to try things out by trial and error or by finding books or something, but unfortunately, that’s not the case. 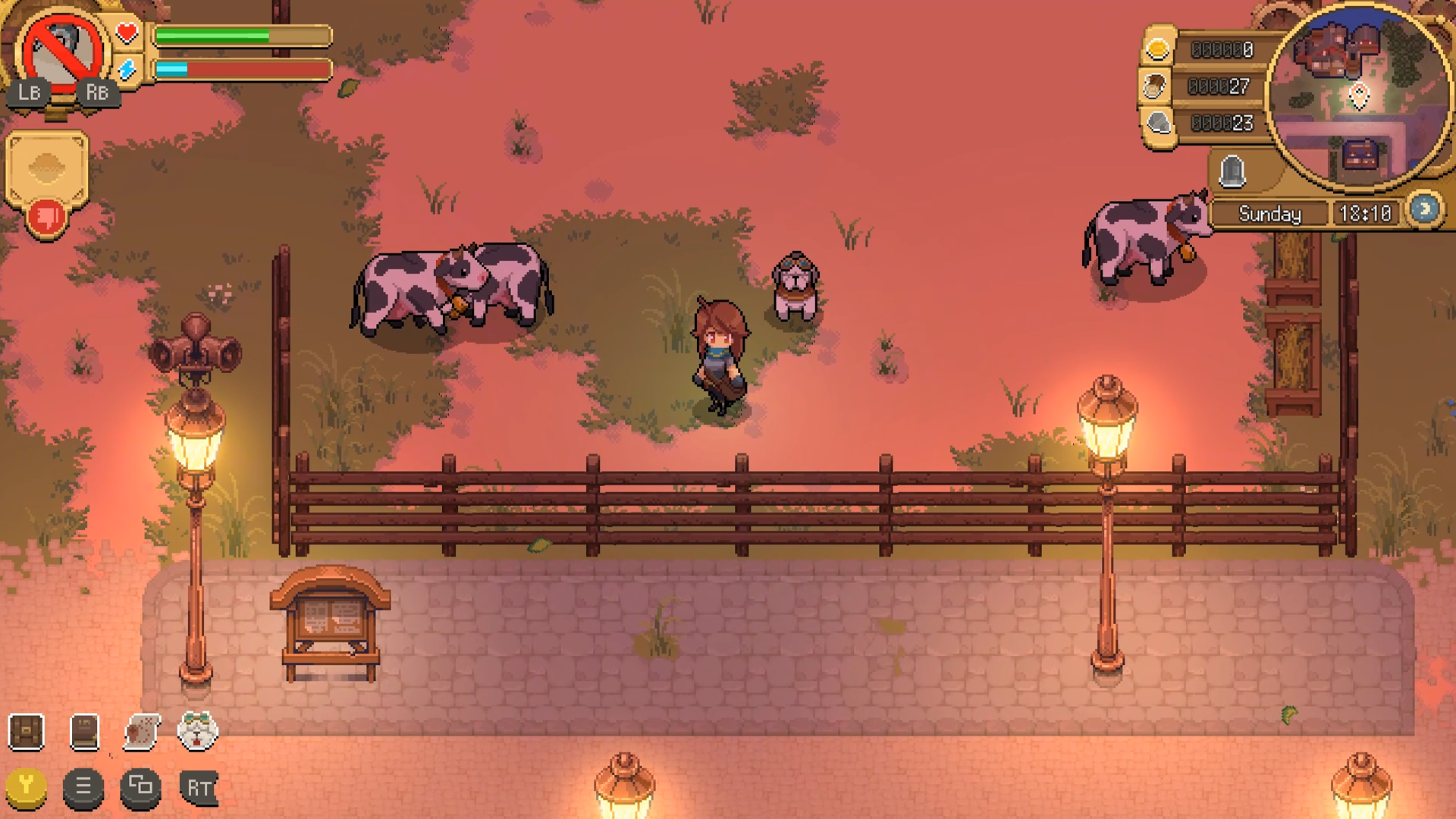 There’s a lot to like regarding Potion Permit. You can clearly see that the studio had a lot of ideas and some of them were very authentic and unique. That said, the game’s shortcomings may not be to the liking of everyone. It’s an often relaxing game that will give you a handful of things to do while packing an incredible amount of style into the experience. There’s clearly a solid foundation here but it requires skilled hands to really excel at what it is attempting to do.

Recommended
The town is filled with locals worth completing quests for
Beautiful visuals
Technical issues, glitches, and freezes
Grinding can be.. grinding at times