It took twenty years but 2018 marks the debut of a high definition version of Pokémon. Pokémon Let’s Go, Pikachu and Let’s Go, Eevee are out this week for the Nintendo Switch. After a dozen hours playing this game, I’ve come to enjoy the new changes, but I feel this game is going to divide players but at the same time invite new players as well. There’s lots to love about the changes including the inclusion of Pokémon GO mechanics.” Game Freak decided to include here but forgoing classic mechanics for modernized Pokémon GO-ish feels like a gamble. Luckily, that bet paid off and we’re playing a new Pokémon title that is a perfect mix of old mechanics and new mechanics.

Pokémon Let’s Go, Pikachu and Let’s Go, Eevee are basically re-telling Pokémon Yellow in a new package. You’re a trainer back in the Kanto region, Professor Oak is back, so are Red and Blue. It’s the exact same beats old players know well, but one that new players will enjoy. Team Rocket’s Jesse and James and Meowth pop up, as well but you’re playing as a new trainer from Pallet Town.

Like Pokémon Yellow, Pikachu or Eevee are the starters available this time. Your rival chooses the opposite of what you decide on and from there set out to become a Pokémon Master. Exploring Kanto means returning to the infamous gyms spread out all over the region and collect eight badges. From there, the culmination of your hard work leads your trainer to the Elite Four. 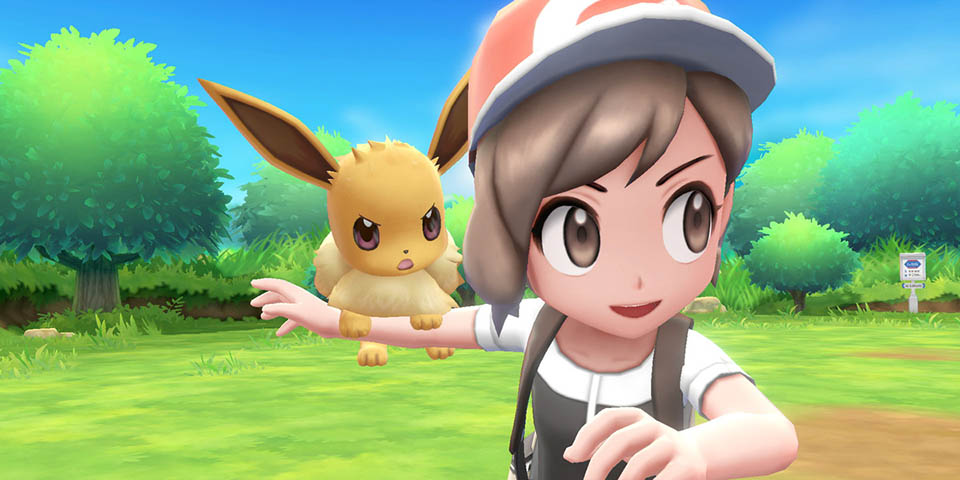 What made me nostalgic throughout my review was seeing so many familiar places and faces in such detail. The familiar nooks and crannies I spent my youth obsessing over bring a sense of comfort and familiarity about them but at the same time leave me with a renewed sense of curiosity. As a child I would sit hunched over looking for hidden secrets and items sprawled out over the map. As an adult I find myself doing the exact same thing. These are the joys of playing a Pokémon game, there’s always something worth looking for even if you must take on a few creatures to get to it.

Except here, things aren’t the same as before. This is a new way to play an old classic. By combining the mechanics of Pokémon GO. Moving through the tall grass and expecting a random counter no longer happens. Instead, we see the various types of Pokémon on screen, allowing us to fill our Pokédex concisely. See, by doing away with the numerous battles across the world, we’re left with a less traditional experience. Using various types of berries to lure and woo Pokémon, you’ll soon be capturing all kinds of Pokémon with PokéBalls. This decision to use GO mechanics is a decision I wasn’t necessarily onboard with but after spending a fair amount of time with, find to be an improvement of the grindy nature of previous games. 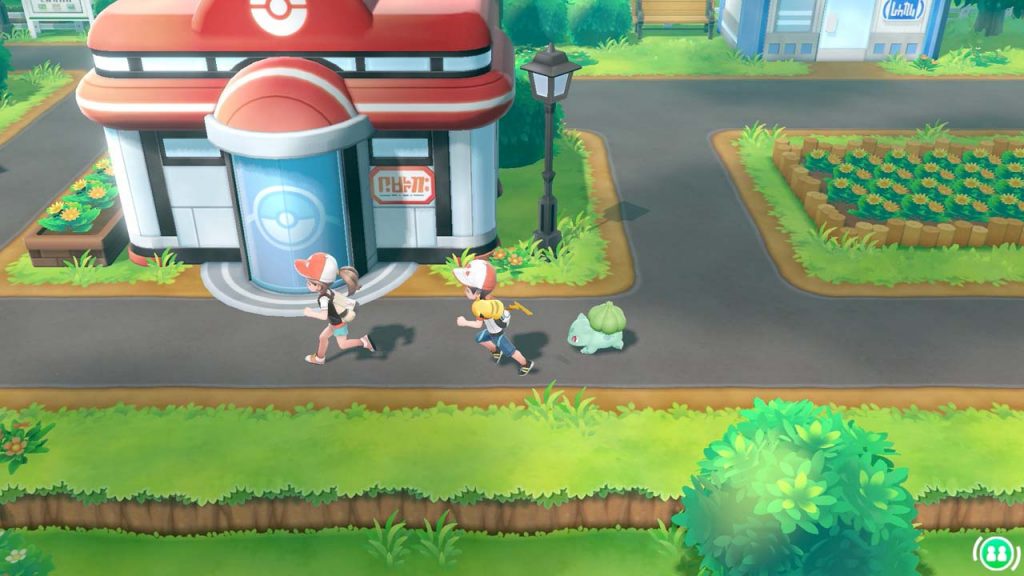 Instead, grinding is now focused on capturing Pokémon. You gain experience through capturing wild and bonuses are granted when catching multiples of the same Pokémon continuously. Candies are granted like in GO, but Professor Oak now doles them out instead of Professor Willow. Candies make your Pokémon stronger, allowing for stats boosts.

And you’ll need to be good at capturing Pokémon because Let’s Go, Pikachu and Let’s Go, Eevee as both games use the Switch’s gyroscope when in handheld to aim your PokéBalls and the JoyCon. For my review, I used the PokéBall Plus, a new peripheral which can be used with the mobile Pokémon GO and Let’s Go, Pikachu and Let’s Go, Eevee. The peripheral is around the size of a ping pong ball, right in the middle is an analog stick serving that serves as a button, too. On top, is a back/cancel button and the controller light up when you’re trying to capture Pokémon, even playing the sound of whichever Pokémon you catch. The only downside is the white of the PokéBall gets dirty rather quickly. 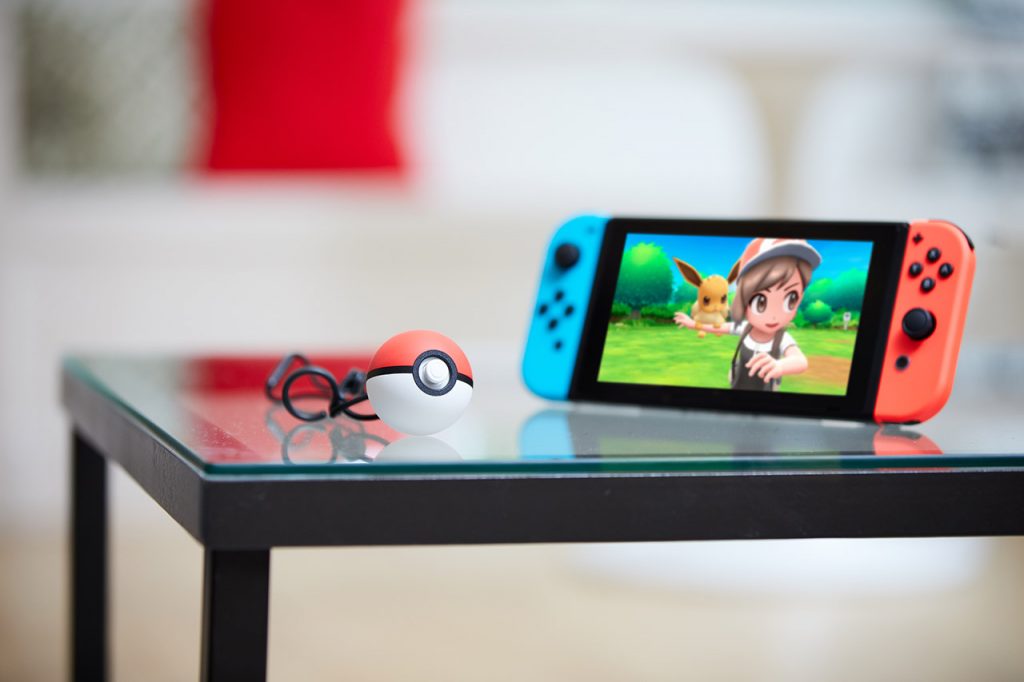 However, there is still remnants of classic games here. Battles are still very much around. Trainer battles exist just like before. Moving through Veridian Forest, a Young Lass approaches your trainer looking for a battle. Just like in older games, battles play out the same but with all the added effects and benefits of being on a console. This is how I always thought facing trainers was like when I was a child and now it’s a very real experience that I’ve wanted for years.

What really sold me on this version of a tried and true classic is finally playing the game on the big screen. Watching Kanto’s beauty shine through is remarkable. Seeing various types of Pokémon and their sizes in a new perspective give battles and scenes new light. You forget how big Onix is or how small a Diglett is. There’s even a few rideable Pokémon and each features unique animations. 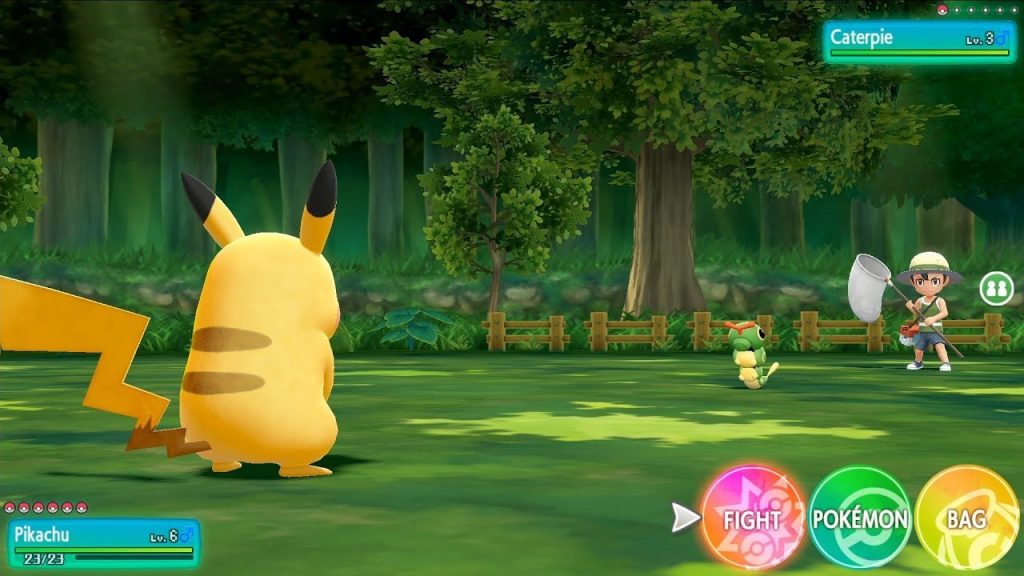 Nothing beats seeing your starter Pokémon on your shoulder though. Just like in the television show, Pikachu warms up to your trainer and eventually ends up on your shoulder as your companion. It’s heartwarming and one of my favourite things about this game. Soon into your adventure, you learn to interact with Pikachu or Eevee. By interacting with them, and adoring them with affection, your relationship grows. Pikachu wants your attention and it’s best you do it wants. Your partner is too damn cute to ignore.

Seeing Kanto once more is great and returning years later feels like coming home. Seeing so many places from my childhood built-in high definition is something special. Let’s Go, Pikachu and Let’s Go, Eevee are brilliant reimaging’s of the classic series and improve upon a formula that needed updating. While not exactly the next generational jump, this is a start. And while some of the new mechanics might not sit well with older gamers, this is at it’s core still Pokémon. This a game from simpler times and one where the original 151 Pokémon were more than enough. With a new generation debuting on the Nintendo Switch sometime next year, this jump into high-definition for the series is a good start.

[A copy of the game and the PokéBall Plus was provided to us by the publisher for review purposes.] 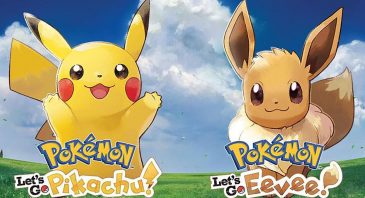 Warhammer: Vermintide 2 Will Crush Its Enemies On December 18 On PS4