Persona 4 Arena Ultimax is just as good as the original, if not better. I chose to open with this because the title oozes so much style and substance that it bear-y good to see a new edition to Arc System’s take on this universe.

Persona 4 Arena Ultimax (P4UA) takes place days after the original game during the P-1 Grand Prix that took place inside the TV World of the previous game. This time, however, the game is set in the real world in Inaba and has twisted the world to show it.

As standard with updating a fighting game, you have newcomers that join the already full roster in the sequel, which includes: Yukari Takeba, Ken Amada and his canine partner Koromaru, Junpei Iori, Rise Kujikawa, Tohru Adachi, Marie, Margaret, and, Sho Minazuki.

This entry is a great starting point for newcomers as well as fans of the series. You don’t need to know what happened in each sequential game but it does help if you do. If you want to catch up on the previous title’s story – you can catch up on it.

Persona 4 Arena Ultimax looks fantastic, and the levels and character sprites are top-notch stuff. This is easily one of the most beautiful fighting games I’ve ever played and the production quality really paid off here.

Arc System has taken a great game and improved it – both behind and in front of the curtain. Gameplay tweaks, balancing, and other mechanics have been enhanced and these things show.

Online worked well enough and I had no issues getting into matches. Player match and Ranked are the usual fares of fighting games, pairing you with players from around the world. The Lobby mode was the best though and was exclusive to the PS3 version. You have an avatar that walks around a lobby setting up matches with others there at the arcade machine. I spent a ton of time there trying to be a Sho-stopper! 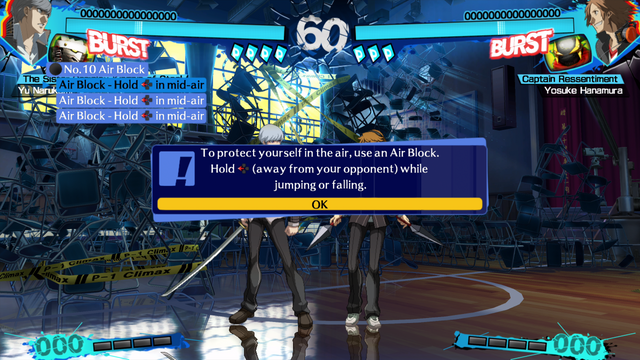 The new game modes are a blast and my favourite is the Lesson mode where-in I have spent a lot of time trying to learn everything I could about the game. There is also a Training mode, where there is a dummy character and you train to your heart’s content and a Challenge mode where you have to complete certain combos to proceed to the next set of challenges. Battle mode includes the ever-wonderful mode Golden Arena (my favourite!) which allows you to dungeon crawl and level up your characters and assign skills to them – like an RPG! It’s SHO good I can’t get enough. Arcade mode is classic fighting game fare and has you proceed with your character through a set of events. The score attack has you trying to get the highest score possible in a set of 10 fights. Lastly, it’s Versus mode where friendships go to die, and you can battle CPUs or friends. 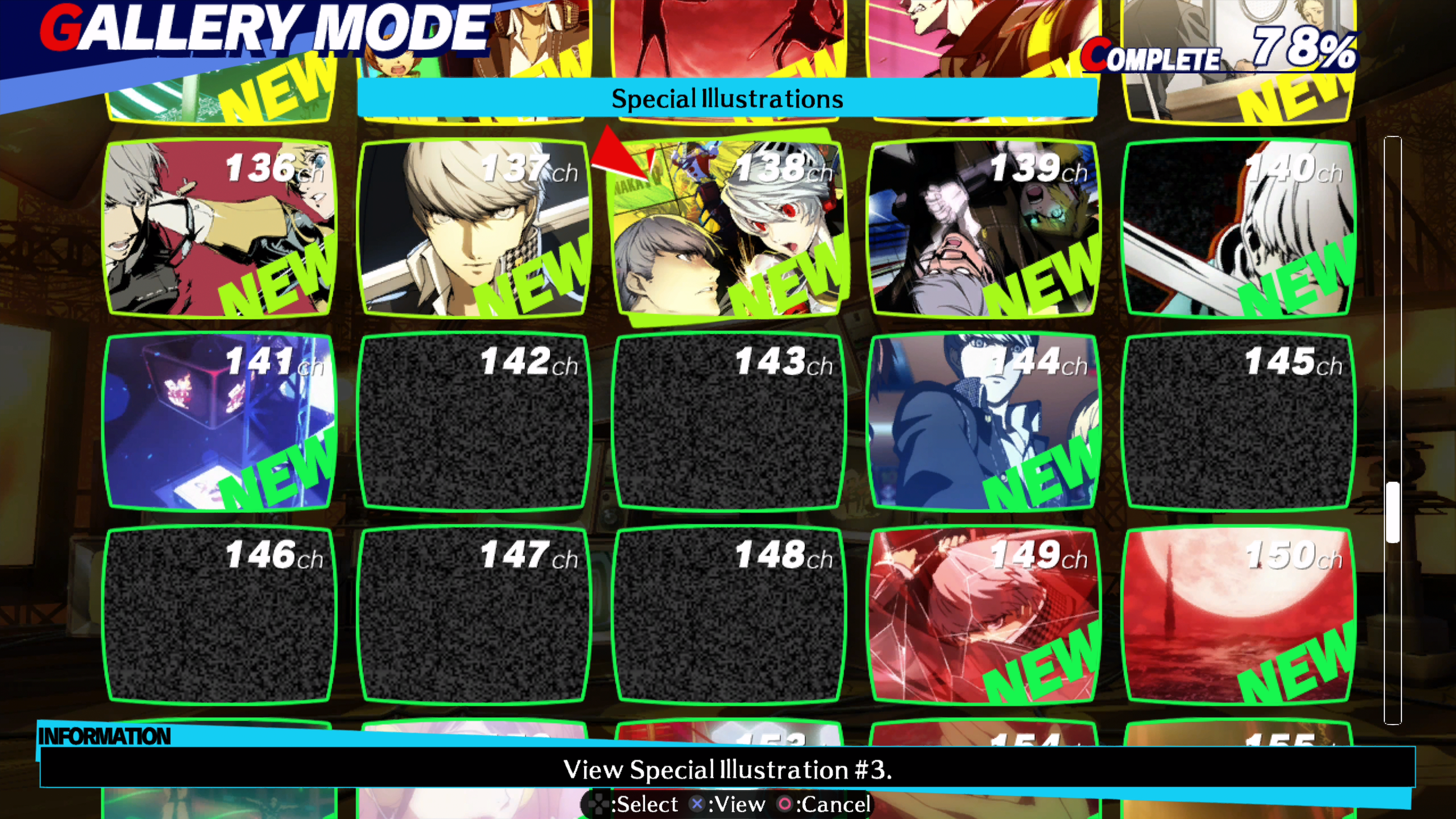 The Story mode is fun and coherent – which I am thankful for, fighting games tend to have stories that make little to no sense. This is Persona however and takes great pride in its stories. The events unfold like a visual novel with a handful of battles sprinkled in between them. If you’re up for it the CPU will take over the battles for you and this allows you to sit back and watch everything happen just like… visual novel!

The Sho must go on and it’s unbear-simply great to be back in Inaba!

I mentioned earlier how beautiful the game looked. I didn’t mention how beautiful the game sounded though. I want to say that Shoji Meguro is one of my favourite Japanese composers and the work put into the soundtracks of Persona 3 and 4 is exquisite. The game has a ton of remixes as well and feels right at home with the P-1 Grand Prix theme. 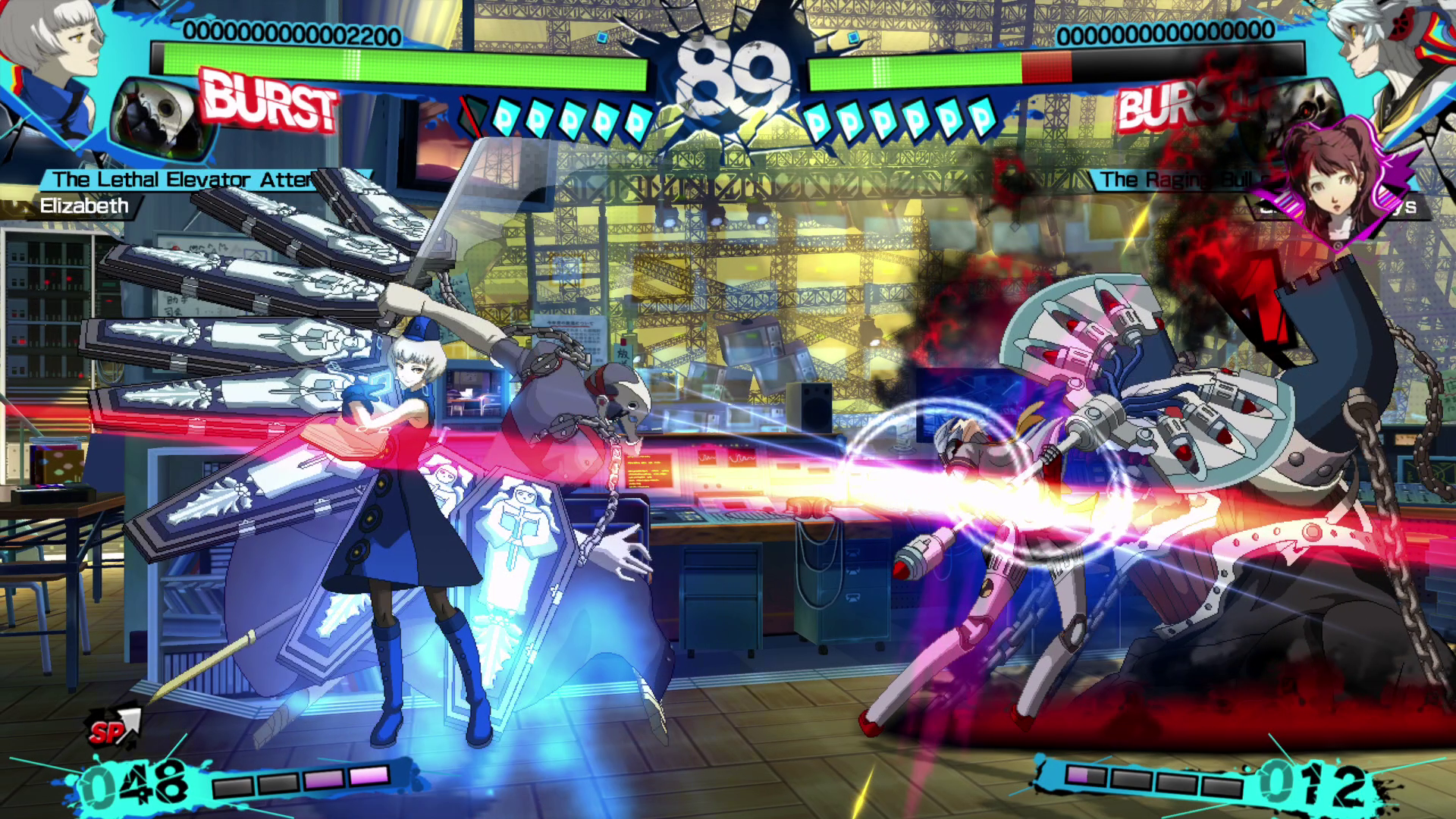 The voice actors from both games are also back for the authentic feel. I am so glad to hear Junpei again and to hear Yu – the silent protagonist from Persona 4, talking. Each actor has taken the characters to another level and I am happy to see them again.

Lastly, while it hasn’t happened just yet as the game is still being worked on, Atlus has promised rollback netcode is in the works and will be coming later this summer. This should make playing online against others a lot more manageable and less prone to failure. What I can’t understand is the lack of support for the Switch version of Persona 4 Arena Ultimax — it is the only version not getting the update. 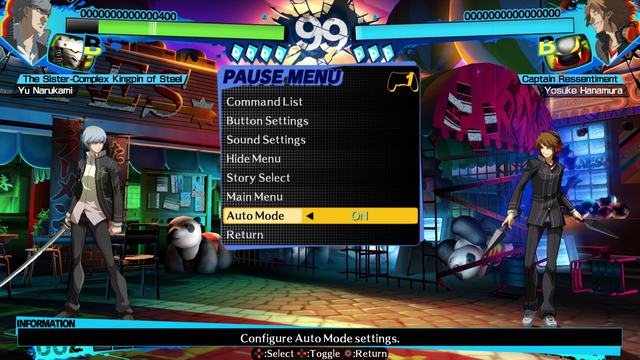 Persona 4 Arena Ultimax is a true sequel and not a simple rehash. Arc System Works is one of my favourite fighting game developers at the moment and continue to showcase why licensed properties can transition between genre with success. You can feel the essence of both Persona 3 and Persona 4 recreated in Ultimax with a seriously adept fighting game that is longer stuck on dated hardware.