Atlus’s Persona series has overshadowed the mainline Shin Megami Tensei franchise for years at this point. You can’t go wrong regardless of which series you pick up and play as both offer a different experience, with each one often having memorable characters, worlds, and battle systems. Hearing at the Xbox and Bethesda Showcase that Atlus was working on releasing three excellent Persona titles on Xbox (and other platforms) was a bit of a shock given how the brand has always been associated with PlayStation.

Now, newcomers and those who started on the latter Persona titles can experience the one that laid the track and established the template for the series with upgraded graphics, new difficulty settings, and additional localizations. Regarding why Atlus decided to stick with the Persona 3 Portable moniker is a question the developer will need to answer but for those reading this review, it was an enhanced port for the PlayStation Portable a decade ago. This port introduced a female protagonist to the masses, adding some quality-of-life updates and new Social Links but leaving out the director’s cut of Persona 3, FES.

Those who missed out when Persona 3 Portable launched over a decade ago but have had the chance to play Persona 4 Golden and Persona 5 Royal will find more or less the blueprint of the series. A lot of what the newer games perfected was laid out in this entry. Given that Persona 3 was a departure from its predecessors, some mechanics are rough here but still worth experiencing given how excellent the story is. Sure, Persona 5 Royale’s Social Links and Momentos were skillfully implemented but without the foundation laid in Persona 3, things wouldn’t be as finely-tuned.

Persona 3’s The Dark Hour is a chilling element

The story told in Persona 3 Portable introduces many familiar elements and staples of the Persona series, while also revealing the Dark Hour, the hidden 25th hour. During this time the world stops, and normal people are turned into coffins while those with innate potential remain in their human form. Luck is not on their side as those beings able to experience the Dark Hour are prey to mysterious creatures called Shadows. Very few human beings are endowed with such potential that they emit it in the form of a Persona, in other words, the emanation of their inner ‘I’, thanks to which they obtain a power capable of counteracting the menacing creatures. 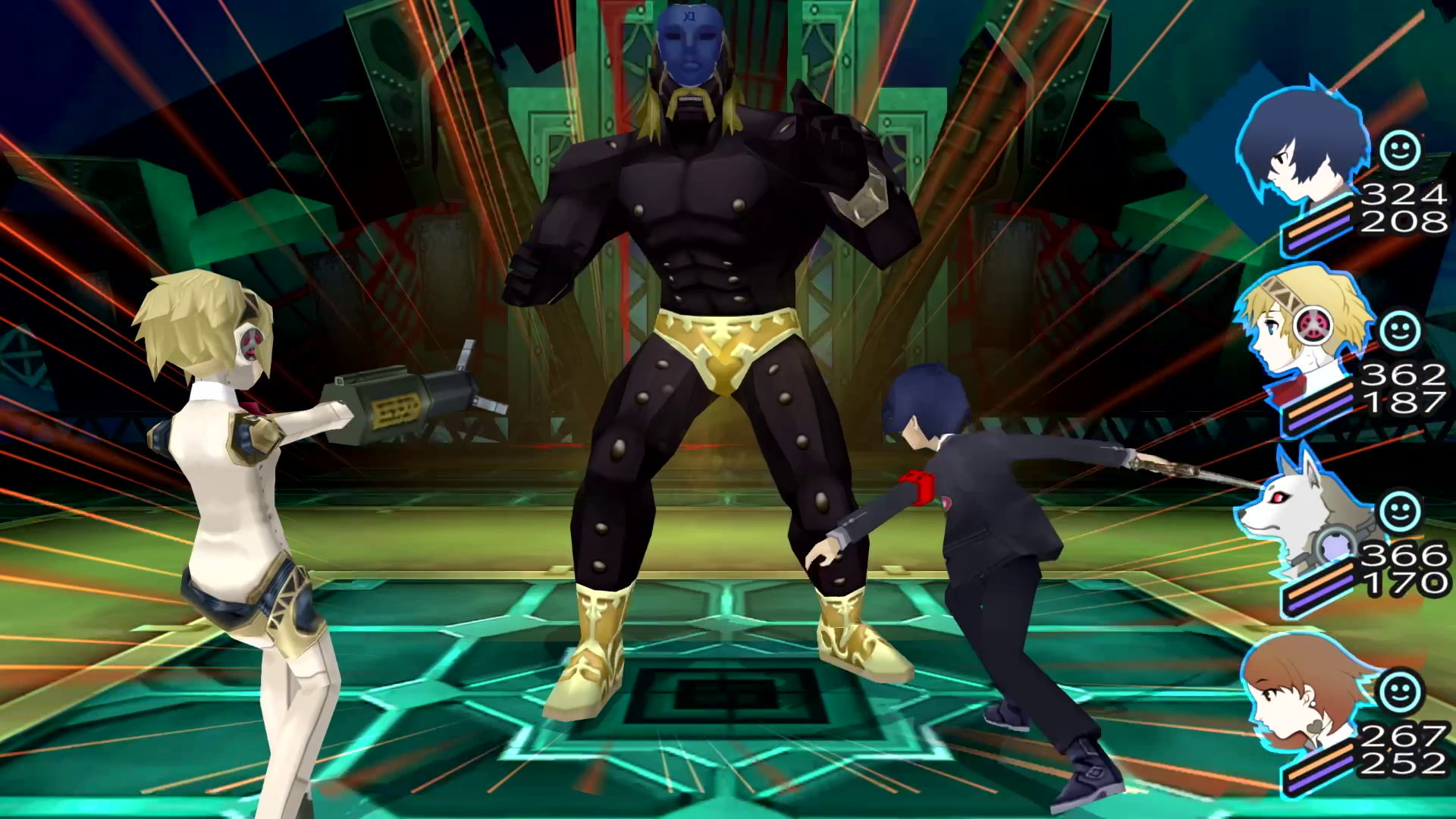 Joining the Specialized Extracurricular Execution Squad (S.E.E.S) club at Gekkoukan High School, you’ll head out to Tartarus, a procedurally generated Hell with over 100 floors to clear. The in-game lore established that Tartarus grows each night once the Dark Hour commences, so each time you enter the floors are jumbled together. 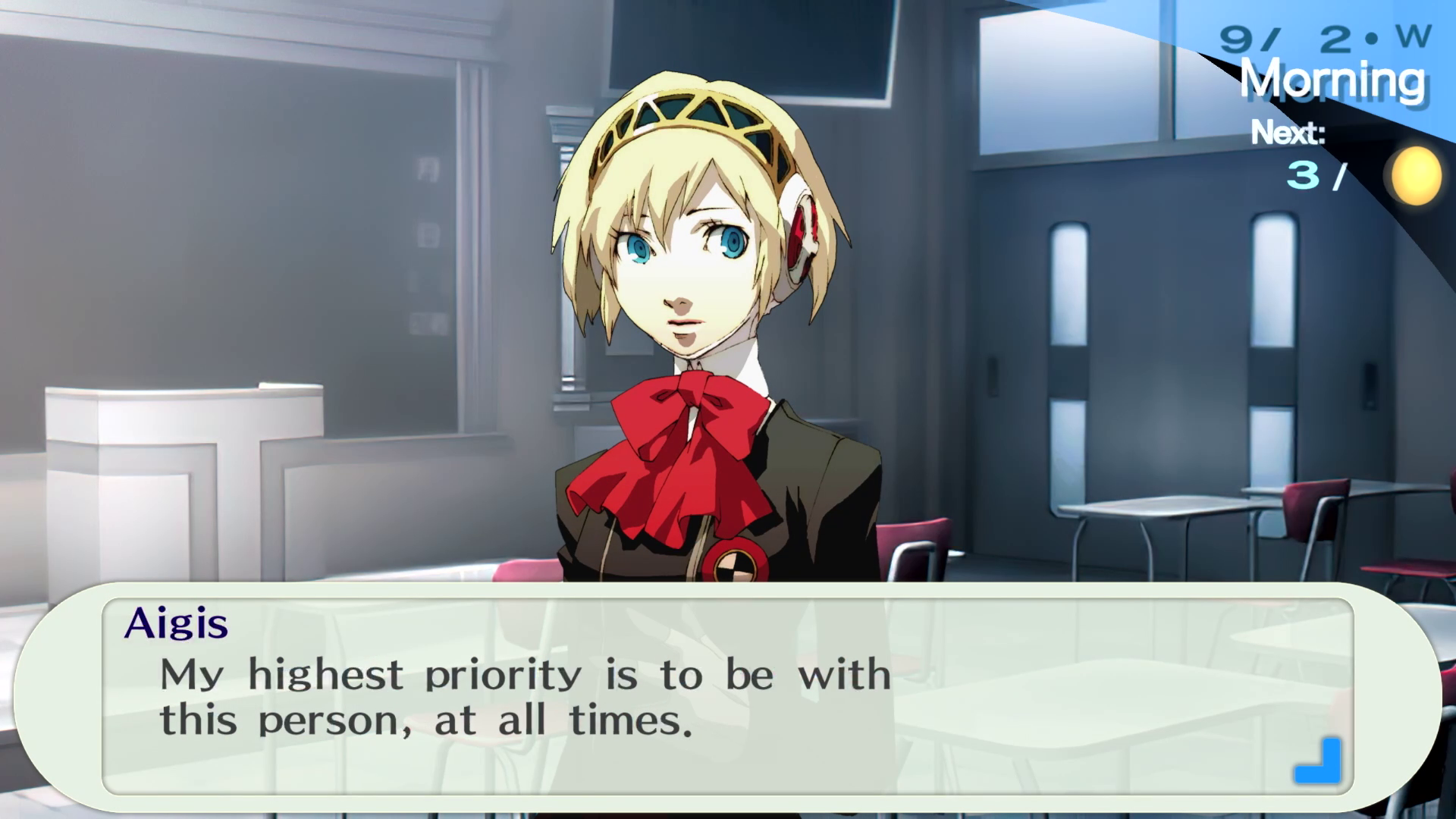 Persona 4 managed to improve some important aspects of the combat system at the time, like the possibility to control the entire party directly instead of just the protagonist. This was added to Persona 3 Portable, making the entire experience flow better. This change heavily influences Persona 3 Portable’s difficulty, which now at a normal level can be played with much more fluency than before. As luck would have it, the developers have included no less than five difficulty levels to choose from. Next the reorganization of the Social Links. These, for those who don’t know, are the personal relationships you can establish with all the members of your party and with important non-player characters; in addition to deepening the characterization of dozens of characters, the Social Links play a fundamental role in the development of the party. 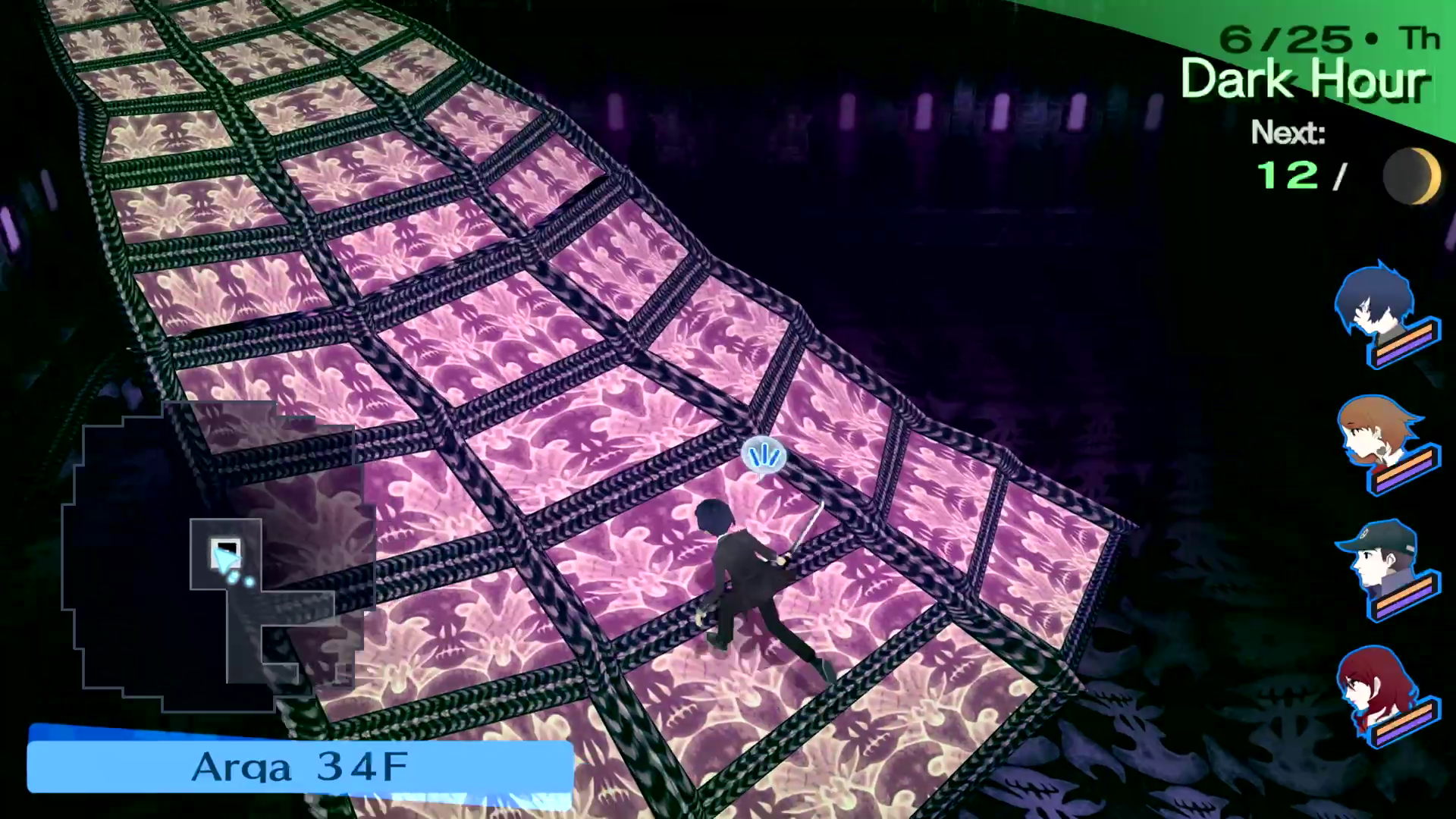 Previously, your characters could not withstand a death blow and this led to often frustrating experiences ending with a game over. Your character is now supported by their team and going so far as to protect them from a death blow. Also, I’ll as explain further below, you can now heal in Tartarus but at a cost and once you decide to leave and head back to the real world, your character requires time to recover from exploring Tartarus. Persona fusion and collecting them are readily available in the Velvet Room and necessary to extract the full experience.

A lot of what I remember back in 2007 remains excellent, including the story (Persona 3’s narrative was always my favourite), the setting, and the characters. However, there are some dated gameplay elements which make a return visit less than perfect. This does not detract from the quality of Persona 3 Portable, although it obviously brings with it the same flaws from before: a slow start, and a repetitive interlude before picking up again towards the finale. What was once exclusive to the PSP version was the possibility of using a female protagonist. The developers took the opportunity to revamp most of the Social Links, thus deepening the background of all your friends, making them feel far better than in the vanilla release. Depending on who you pick at the beginning, you’ll be able to date the opposite team members. As the male protagonist, you can date the female team members but not turn them down while the female can date them all. 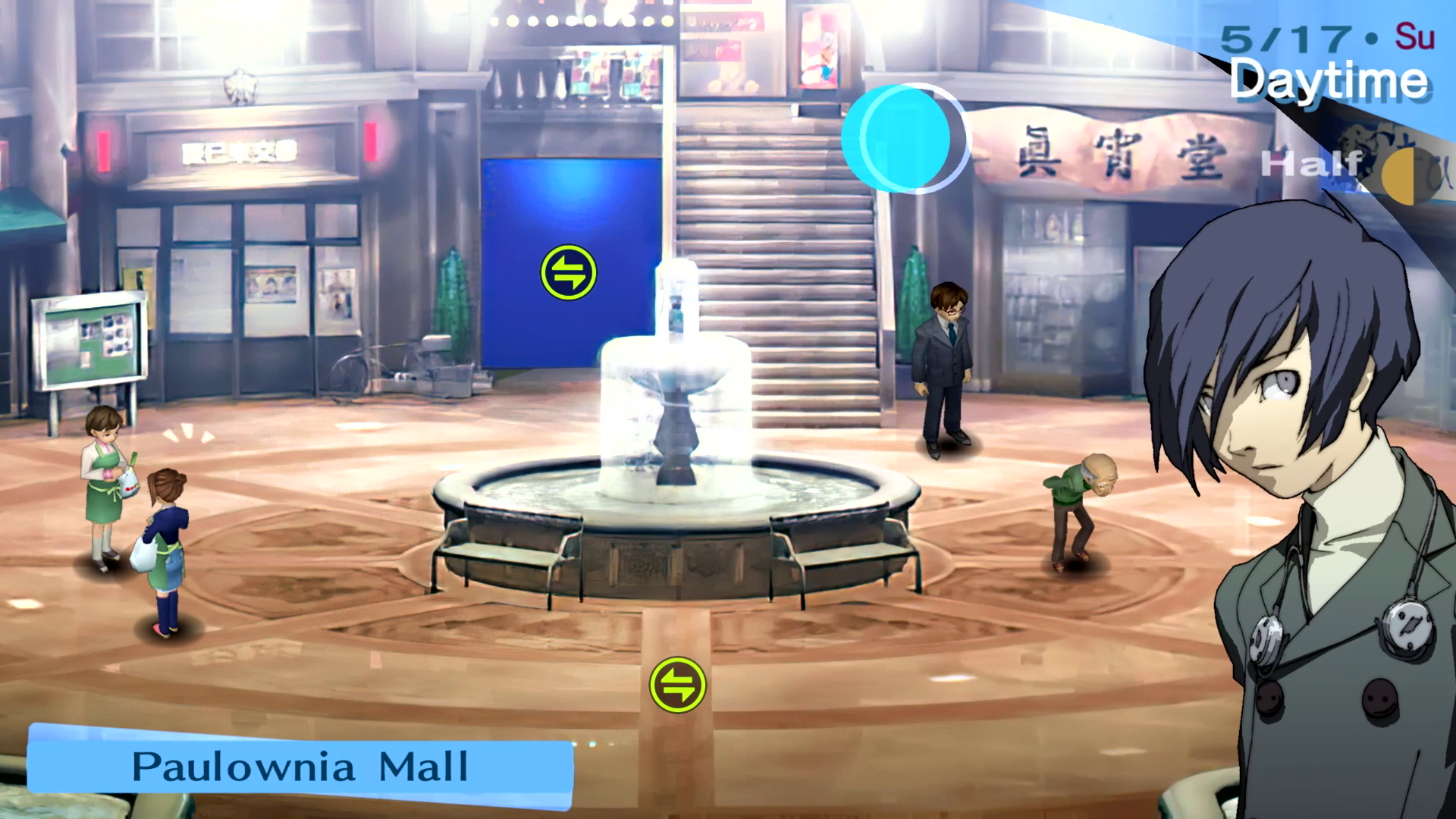 This also plays into which Social Links are available to you throughout the year. As the female, you have more options to get to know the males on your team, who replace NPCs the male protagonist would instead get to know. Having played through the story several times, I found the male’s Social Link relationships to be far better and while having the chance to create Social Links with the S.E.E.S team is a nice addition, you gain more insight from the male protagonist’s NPCs.

The vanilla version of Persona 3 had an interactive world with explorable locations. When the Persona 3 Portable launched, the developers removed these locations and made everything available from a menu-based perspective. Basically, you move around via a drop-down menu that can be called up at any time with a button. This change was due to the PSP’s limited capability at the time, leaving some things behind in favour of performance on the go. The lack of explorable buildings, people to interact with, and some of the NPC animations has lightened are missed but aren’t required to enjoy your time spent within this world. 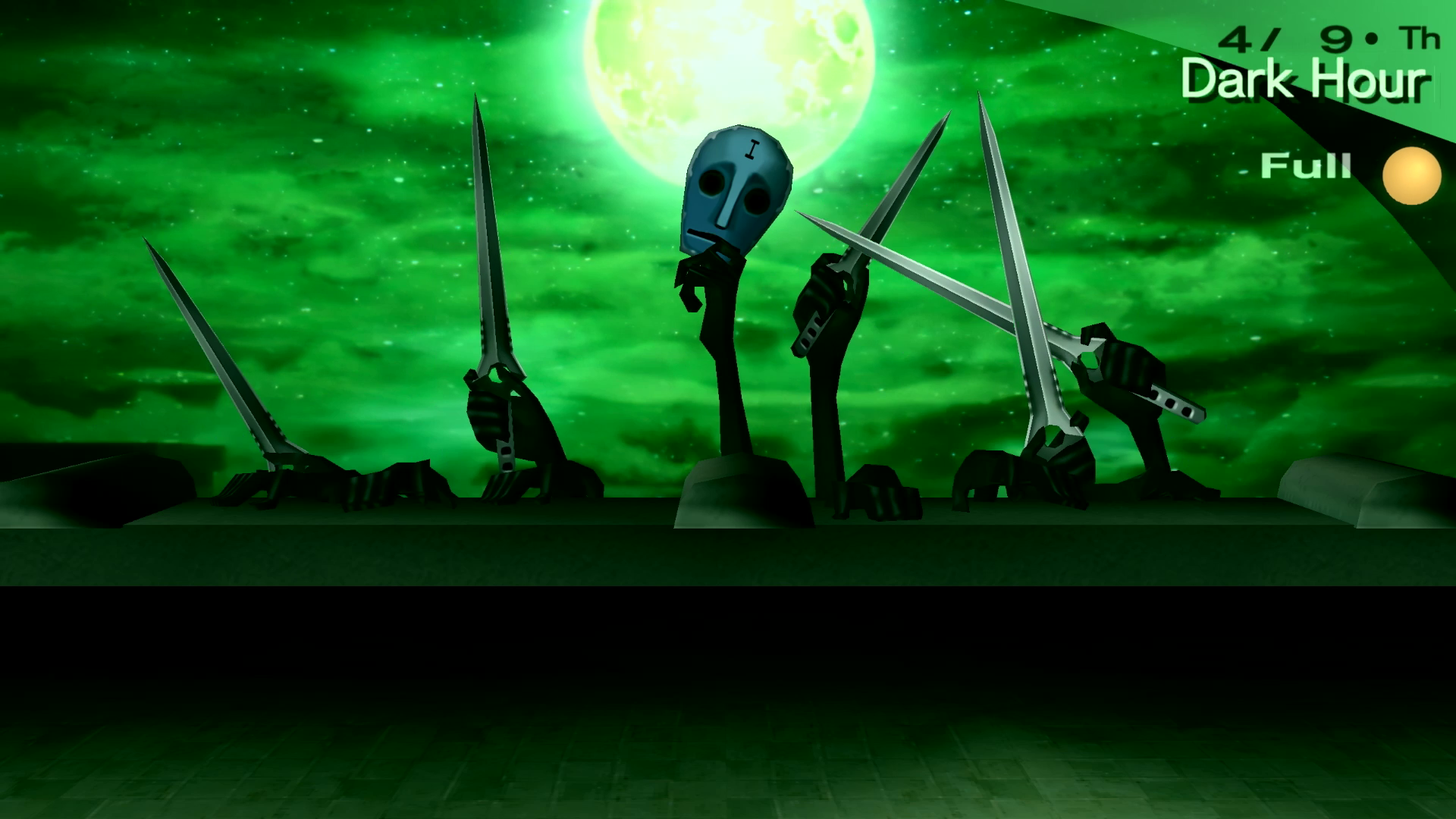 Another change that makes the gameplay flow better is the removal of growing tired while exploring Tartarus. Battle fatigue has been eliminated, and form status remains but plays a less important role, on the other hand, once you return to the base of Tartarus, you will not be healed automatically but will have to pay for the service. In Persona 4, a sweet fox demanded money for his services, but here the pendulum clock is less exorbitant, not to mention the Persona 3 Portable’s unbalanced economic system that allows you to find tens of thousands of yen in briefcases scattered around the dungeon. Also with regard to Tartarus, there are some new features: you can, for example, earn more experience points on a specific floor of the tower, or find yourself surrounded by Shadows that are much stronger than normal; these encounters grant tons of experience points, provided you manage to survive. The gameplay has thus improved in many ways, although Tartarus can weigh down the experience over time, especially toward the end of the story. 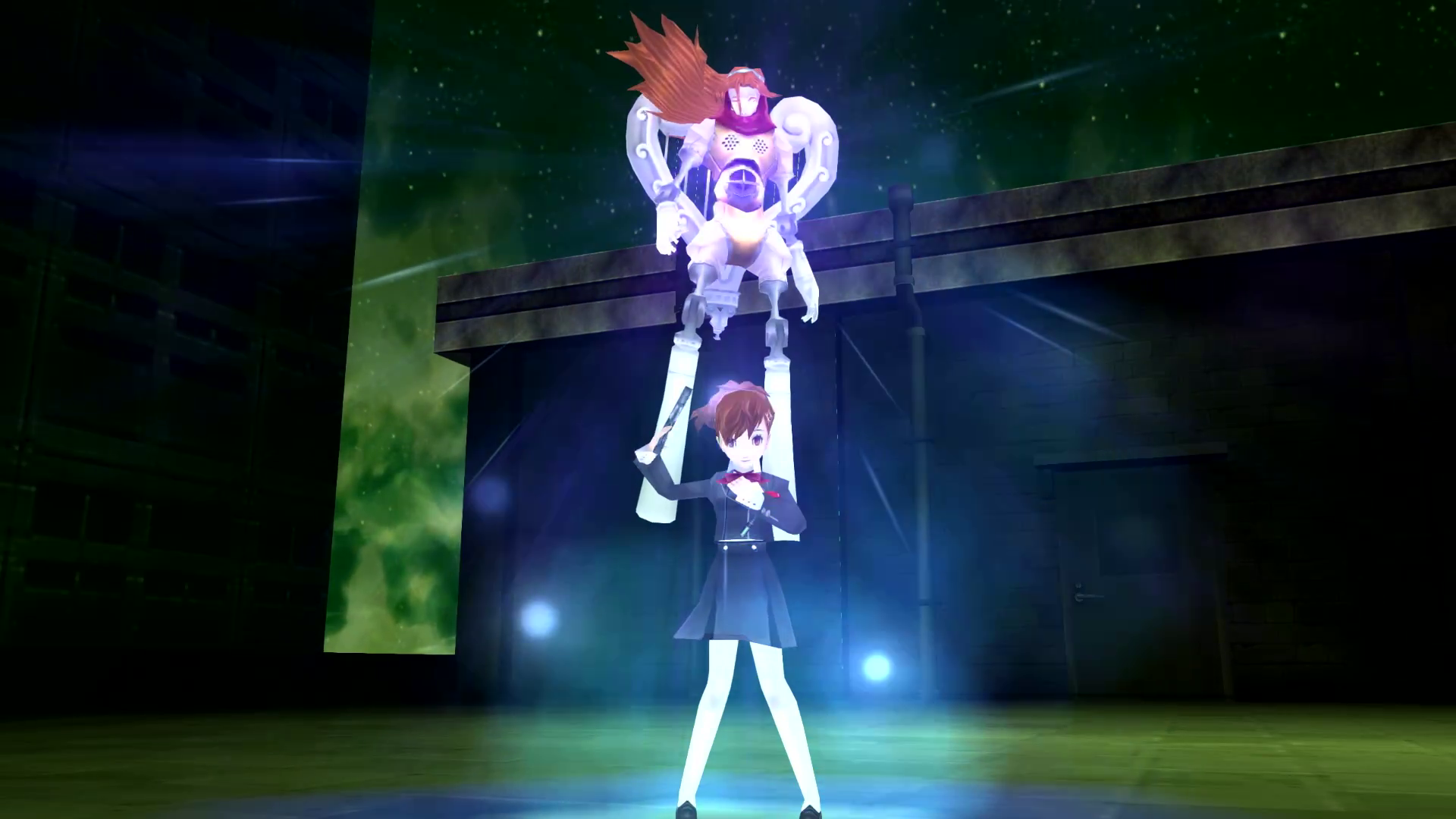 Persona 3 Portable lays out the blueprint for later entries and while a bit rough around the edges, features a brilliant setting, roster of characters, and one heck of an ending. Sure, this is a dated game in 2023 but it also has a lot of heart that is worth experiencing for yourself. This is a definitive port, one filled with tweaks that bring the gameplay up to par with the latter titles, even if some of the traversal mechanics are left behind for menu-based exploration.

Recommended
Liked
Persona 3 is now on modern consoles
Great cast, setting, and scenario
Quality of Life change make this a definitive, streamlined experience
Didn't Like
The introduction is a bit slow
Exploration is dialled back in Portable compared to vanilla Persona 3
No FES expansion
Related