Up until late last week I had no idea Paradise Killer existed and this week I am all the better for having experienced one of the most bizarre-looking video games out there. If you’ve ever played a visual novel or a detective game, the game from Kaizen Game Works is the lovechild of those two genres mashed together. Paradise Killer is a game that I never expected to catch my attention but the premise, the characters, and the world in this game is so far out there, it’s something I ended up enjoying, even if it was a game I wouldn’t normally play.

You play as Lady Love Dies; an outcast exiled from Paradise Island for roughly 8,000 (and change) years, for almost bringing the island to destruction. In any case, you’re tasked with solving a crime that’s been committed and you have your work cut out for you. What I found interesting is the scenario the Syndicate has created within Paradise Killer. Essentially, this group created the original Paradise Island as a place to worship dead alien gods. This group attempted to revive the alien gods by having the island residents become possessed by demons and the revival attempt continually fails. We learn this current island is the 24th attempt.

With the beginning of the next cycle starting at midnight, things go away and Lady Love Dies is asked to who killed the council. Paradise Killer is a detective game unlike anything I’ve ever played before and it is bizarre. For starters, with the focus of one case being the driving force behind the entire game, that allows the focus to be on whodunnit. We don’t deal with another case appearing and offsetting the experience. And that’s why Paradise Killer shines, there’s no fluff and the pacing is excellent. 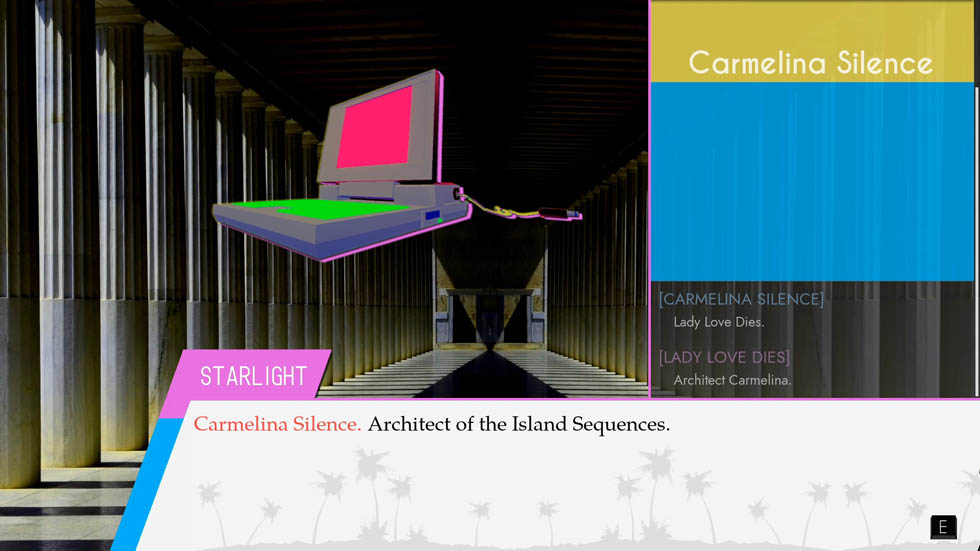 Judge, one of the ruling bodies of the island tasks you with investigating the island’s inhabitants and you’ll be able to freely explore the island. All signs point to Henry Division, a citizen on the island who was not only discovered near the crime scene but with the blood of the Council in his gut. This is not an open and shut case, and if it were, I wouldn’t be writing this review. Thankfully, the island is full of potential clues and characters to dissect with your wits.

Gathering clues often involves navigating the island, dealing with cool puzzles and even hacking into computers. You’ll explore the island and have access to a map and fast travel system but the map is needlessly contrary for a detective game. I spent more time being pained by the map and deciding my next point of interest, it becomes bothersome. To add insult to injury, fast travel requires payment via Blood Crystals to get around. And, to even fast travel, you’ll have to pay to open the portals around the island. I’m not sure if the developer purposely thought manually walking around would be the best option but it feels like it is counter-intuitive. 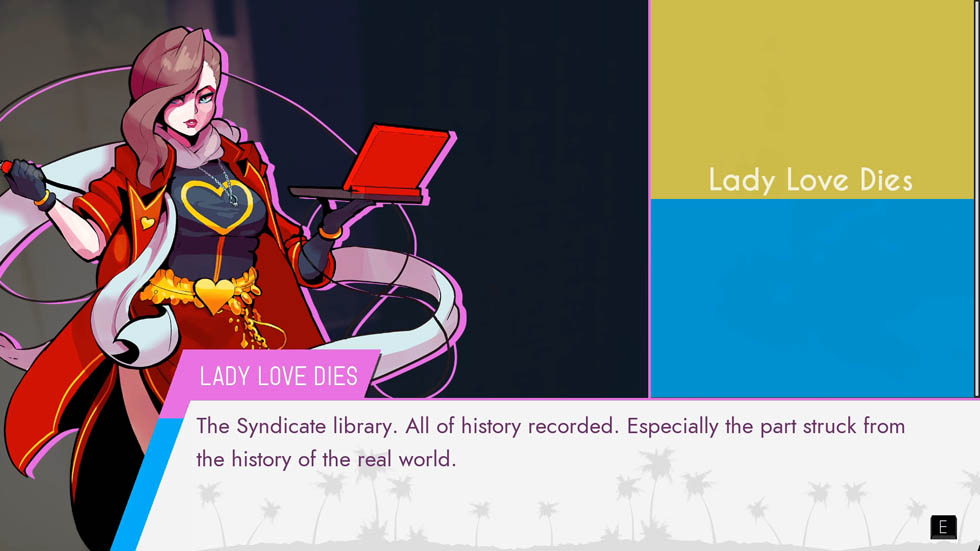 Movement is stifled in Paradise Killer and walking feels slow, which when mixed with the game’s platforming (you’ll be dealing with some platforms) doesn’t add up. I had issues on the Nintendo Switch Lite and it wasn’t until I paired my PowerA Enhanced Wireless Controller that things became manageable. Lady Love Dies gains several power-ups along the way, including a double jump and air dash however, until you gain these, it feels like a chore and not a lot of fun.

All the things you’ll do lead to a final encounter with the Judge. Many of the characters including Doctor Doom Jazz, or Crimson Acid are a couple of suspects in Paradise Island and because the lot of you have a deal with this experiment dozens of times, there is baggage and resentment present and a lot of grudges that offer insight to the relationships of the residents. Each character is a fascinating subject and half the fun is learning about the residents (the other half is solving who murdered the Council). Lady Love Dies is able to track the case through Starlight, her personal assistant PC, which tracks not only the residents but how they know each other, their whereabouts and more. 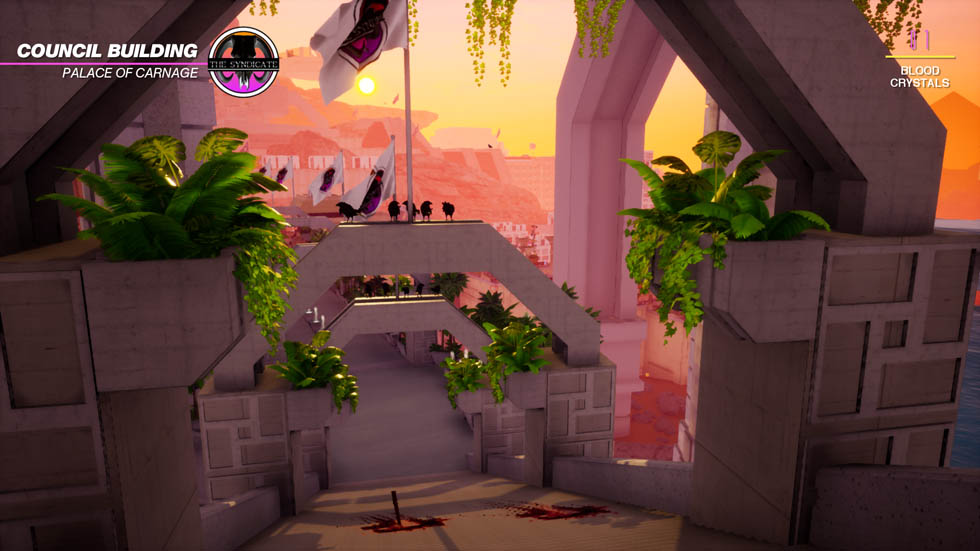 Don’t let Paradise Killer slip from your radar like it almost did mine. If you want to feel like an otherworldly detective that delivers an extensively outlandish world to explore, with some inexplicable inhabitants and a bizarre premise, this is it. Over the course of 10 or so hours, I found myself feeling like a real detective and who doesn’t want to feel like that? Paradise Killer is a model detective game and it is a complex title full of stimulating characters. That said, some minor issues like movement and paying to fast travel are a bummer.