Indie games and roguelikes go together like peas and carrots (or at least I think Forrest Gump was a gamer. Regardless, Paper Cut Mansion is another in a long list of games with that description. It adds some horror elements throughout and has some interesting ideas. But the problems lie mainly in the execution and lack of direction for the player.

In Paper Cut Mansion you’ll play a detective named Toby who fright from the start, is arriving at a mysterious old mansion. Or at least that’s what I found out from the game’s description, not really from the game itself. The game is sparse on details to start. For some that might be fine, but I did feel like the game really wanted me to unravel a mystery, it just didn’t explain what and why very well. 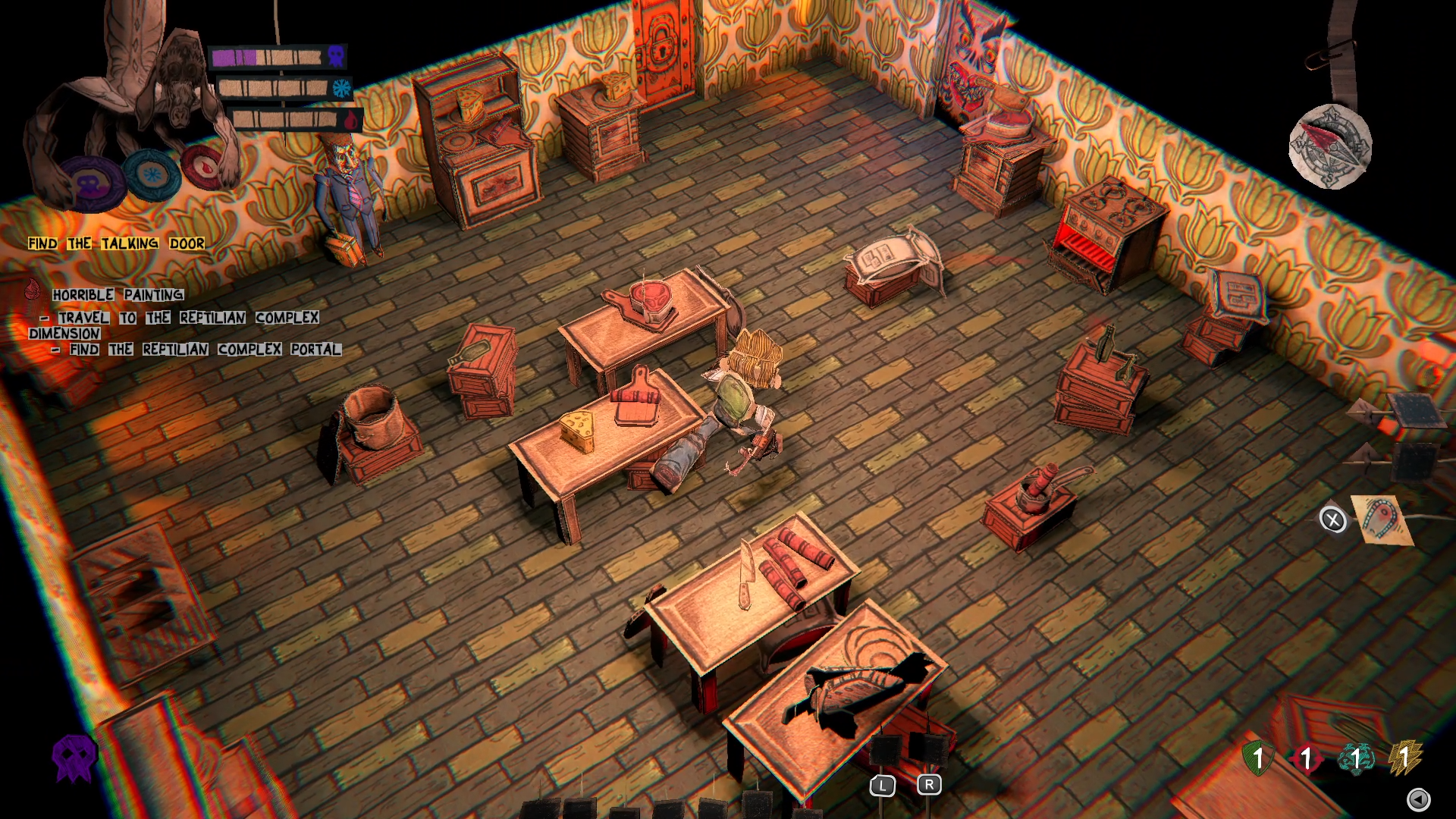 Toby and the world around him are made of different types of paper and held together by tape a glue. It’s a great look and feel, with some fun voice acting and narration. This helps with world-building but doesn’t save it.

Paper Cut Mansion throws you right into the mix and game loop, but again with very little explanation and direction. In some ways that worked; there was no waiting around and you can explore quite quickly, but it also made what I was doing hold less weight and meaning for the first few rounds. 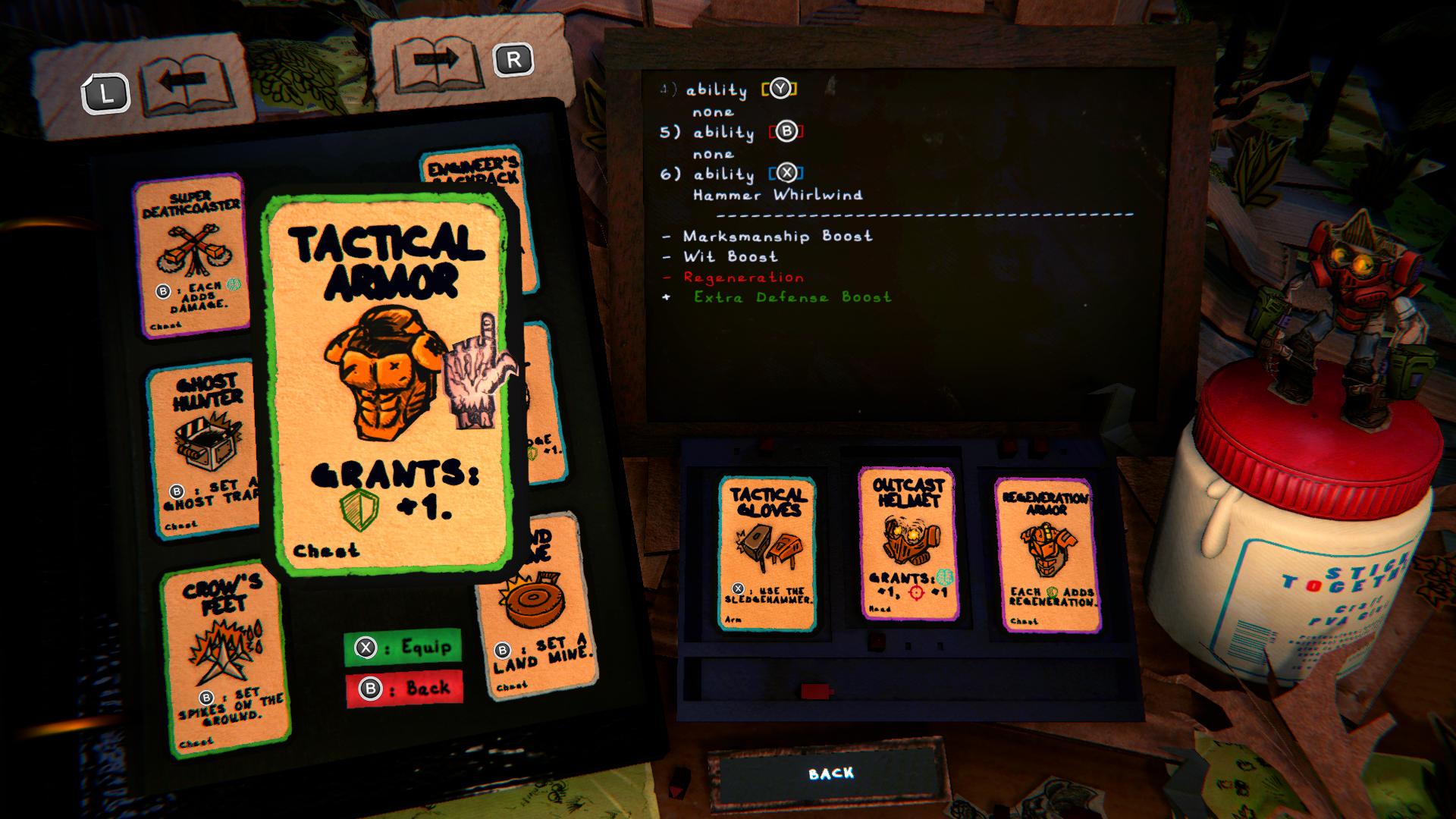 Those rounds are built similarly to other rogue-likes and lites out there. Collect coins and items for your current run, while also accumulating similar things for future progress and upgrades. In Paper Cut Mansion most of that exploration and collection come from defeating enemies in one of three dimensions (I’ll get to that in a moment) or searching the cardboard furniture through the mansion. This is a very cool way to see the crafted world around you. For example, you select a bedside table and you can turn it 360 degrees and open its small drawer. It’s a great idea but unfortunately, it becomes repetitive quite fast and also slows the pace of the game. 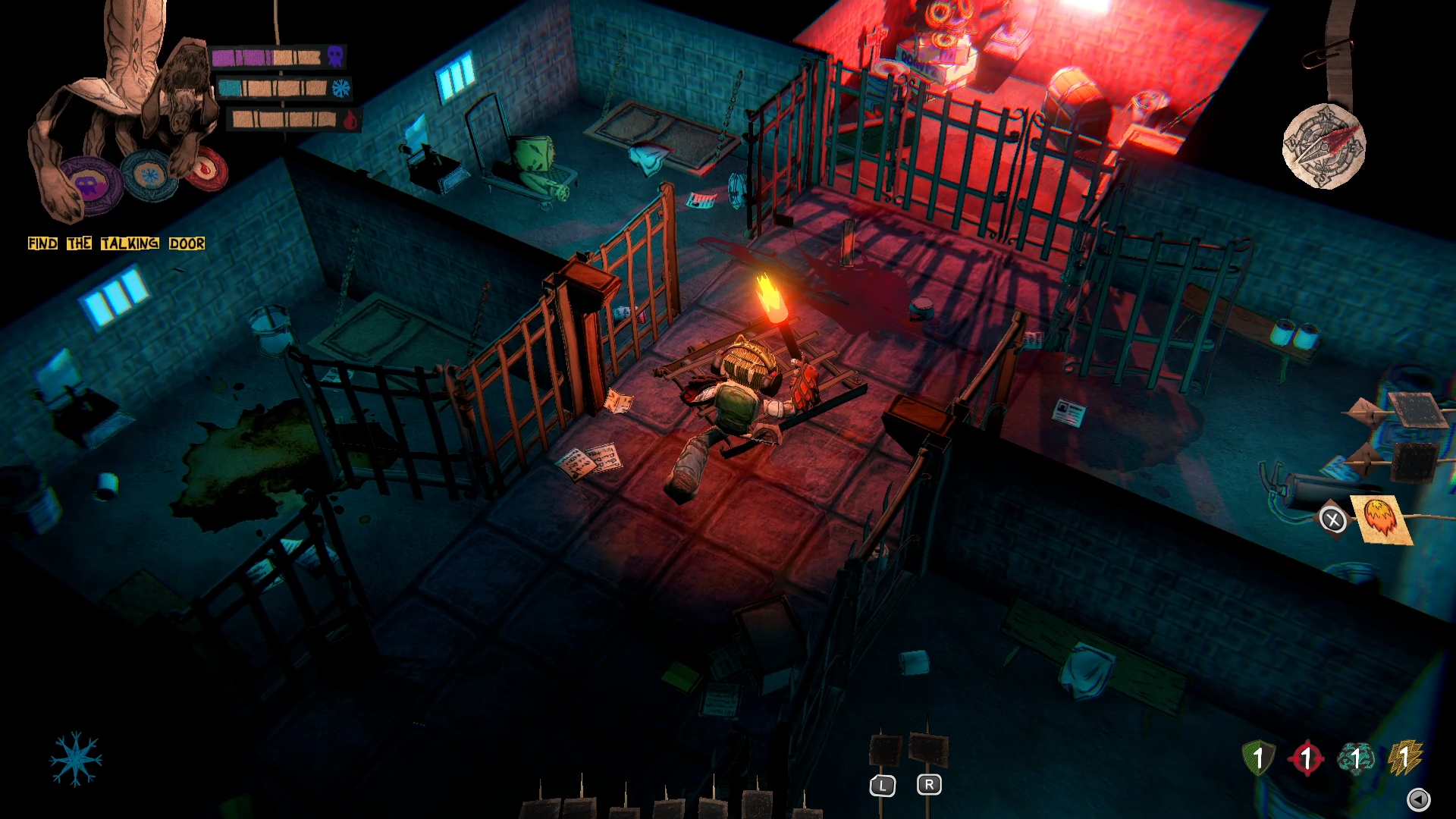 The dimensions in Paper Cut Mansion are also one of the interesting facets of the game that don’t always work. There are three to explore and “dungeon” crawl. One is all about the action as you play twin-stick-like fights against a variety of paper-crafted enemies. The next is an area that slowly damages you over time. The trade-off in this is the area where you can find clues to exactly what’s happening to Toby and the mansion. Lastly, there is the Neocortex where puzzle-solving is the main conceit.

Don’t get me wrong, three dimensions, three largely different gameplay styles, it all sounds very cool. But the execution just isn’t there. Each run has too few rooms and hallways, they tend to all look the same, and sometimes I wandered through one of the areas only to lose a ton of health and come up empty-handed aside from a few coins. 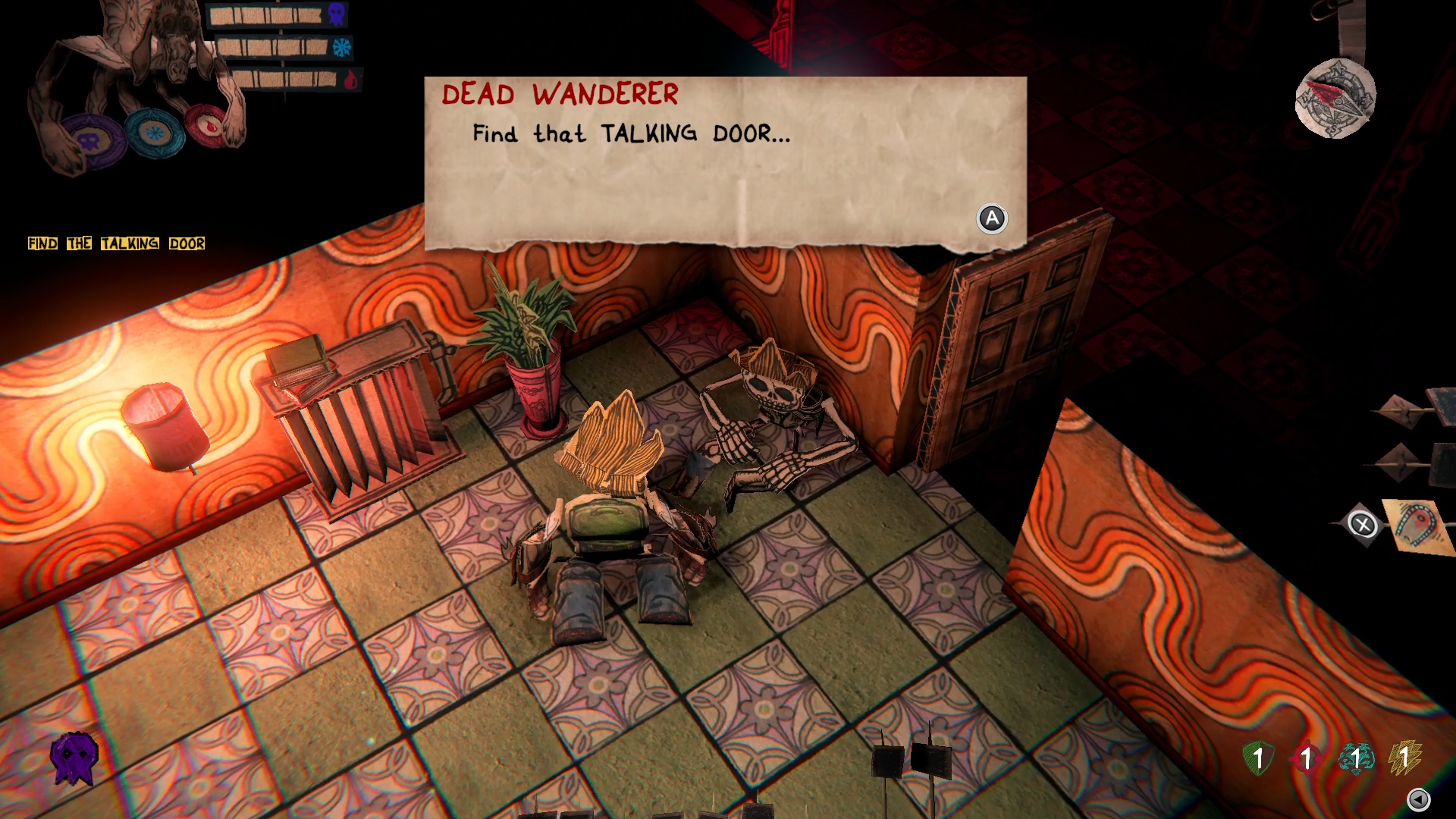 Paper Cut Mansion Tumbles Under Its Own Ambition

Getting lost or twisted around is also quite easy in Paper Cut Mansion. Maybe that’s part of the point, to try and figure out the layout of your current run and floor that you are on. But aside from a little compass hanging from the top right corner, there are no indicators to tell you what direction you may need to be in. This issue is not prevalent on each and every run, but when it did happen to me, it became very frustrating. As great as the world looks and sounds, it also looks and sounds very similar. 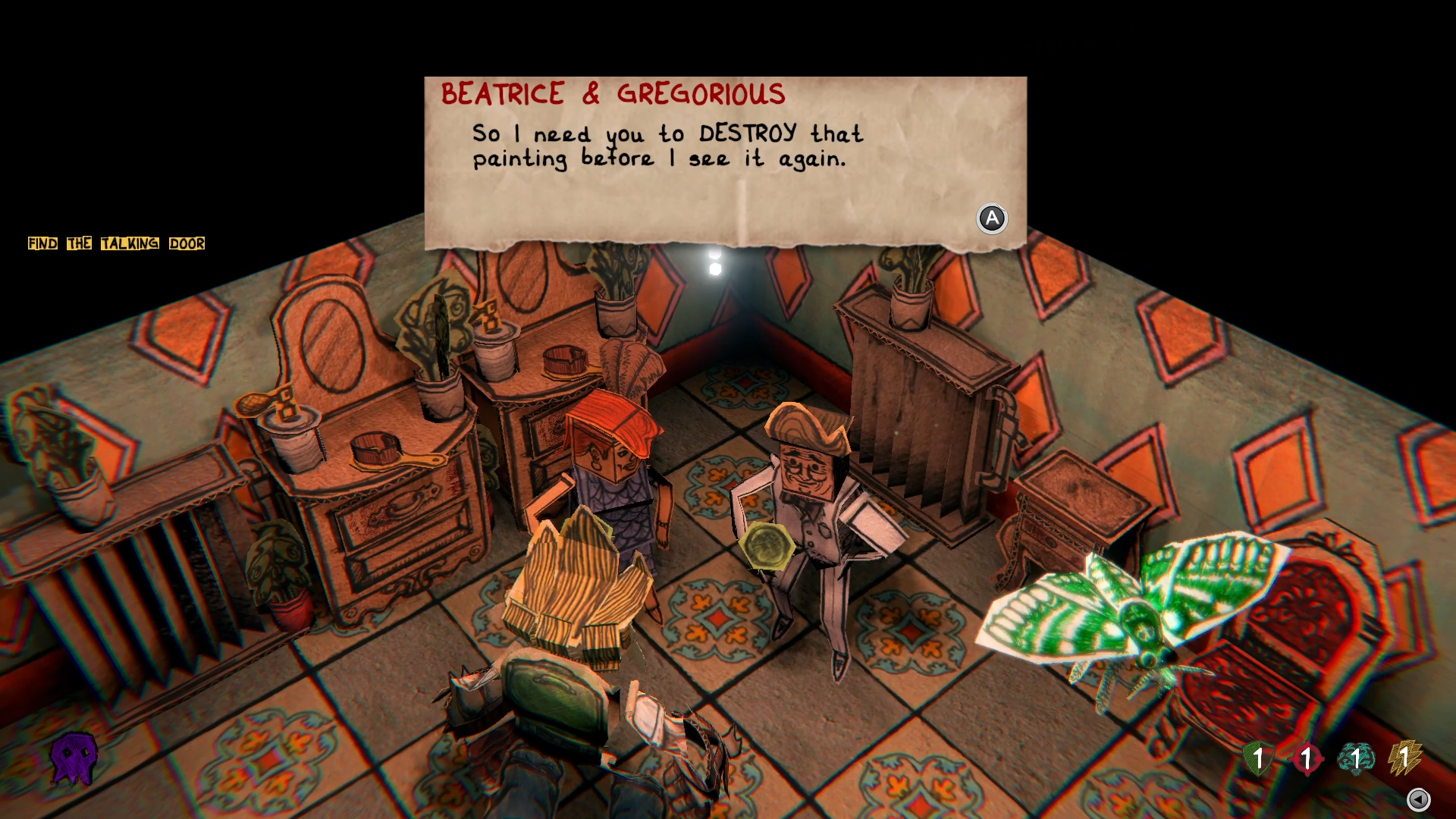 Despite having a striking aesthetic, interesting rogue-like ideas, and a fun presentation, Paper Cut Mansion doesn’t come together in the gameplay department. It folds under its own ambition. And even though there is repetition, confusing level design, and mediocre gameplay, developer Space Lizard Studio has piqued my interest in what they do next.