Outriders came and went last year and since then I’ve periodically checked in with People Can Fly’s latest project. At launch, I had a lot of fun working my way through the campaign — it was, of course, a guilty pleasure and worth experiencing at least once if you’ve ever had any interest in the studio’s previous titles. And despite the developer saying that Outriders isn’t by any means a live service title, it certainly feels like one because it shares a lot of the same elements.

Picking up at the end of the Outriders campaign, players return to Enoch as one of the fabled Outriders, a group of mercenaries tasked with finding humanity a new home after climate disasters on Earth leave us looking to the stars. In a twist of fate, your character was then sent into cryostasis, only to be reawakened decades later to save what’s left of the colony from the Anomaly plaguing Enoch. The first paid expansion picks up where the base game left off.

We’ve previously spoken about the first paid expansion, Worldslayer, in our preview from last month. For those who are looking to see what Outriders is about, you can join in and help save the colonies left on Enoch. I wouldn’t worry about the narrative thread you’ll encounter because a lot of it is paper-thin and serves as the vessel to move the gameplay forward over anything. Your character was given powers by the Anomaly which is now on a path to destroy the planet and everything inhabiting it. 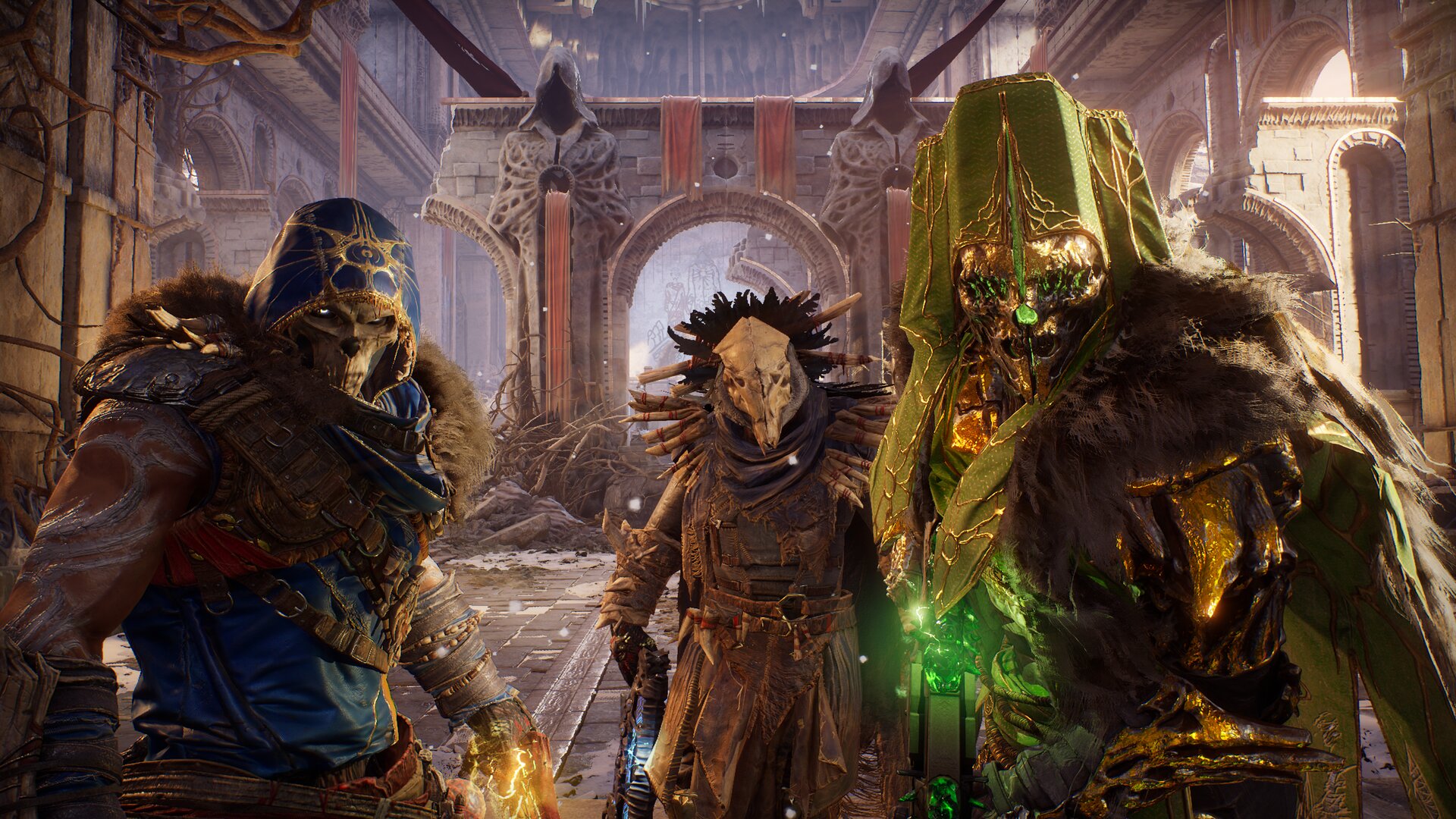 That’s not all players are dealing with on Enoch as Ereshkigal, the newest threat to you and yours, has made face and is looking to prevent you from saving everyone. Ereshkigal is a powerful Altered standing with the Insurgents, a group of humans who look to destroy the planet. The narrative isn’t particularly exciting with the Worldslayer expansion and it’s easily as forgettable as the main campaign is. Outsiders has been since the beginning a vehicle for outlandish powers and loot for players to collect and utilize to their fullest potential.  In that regard, the game is exceptional and delivers a great power fantasy against outlandish humans and beasts. 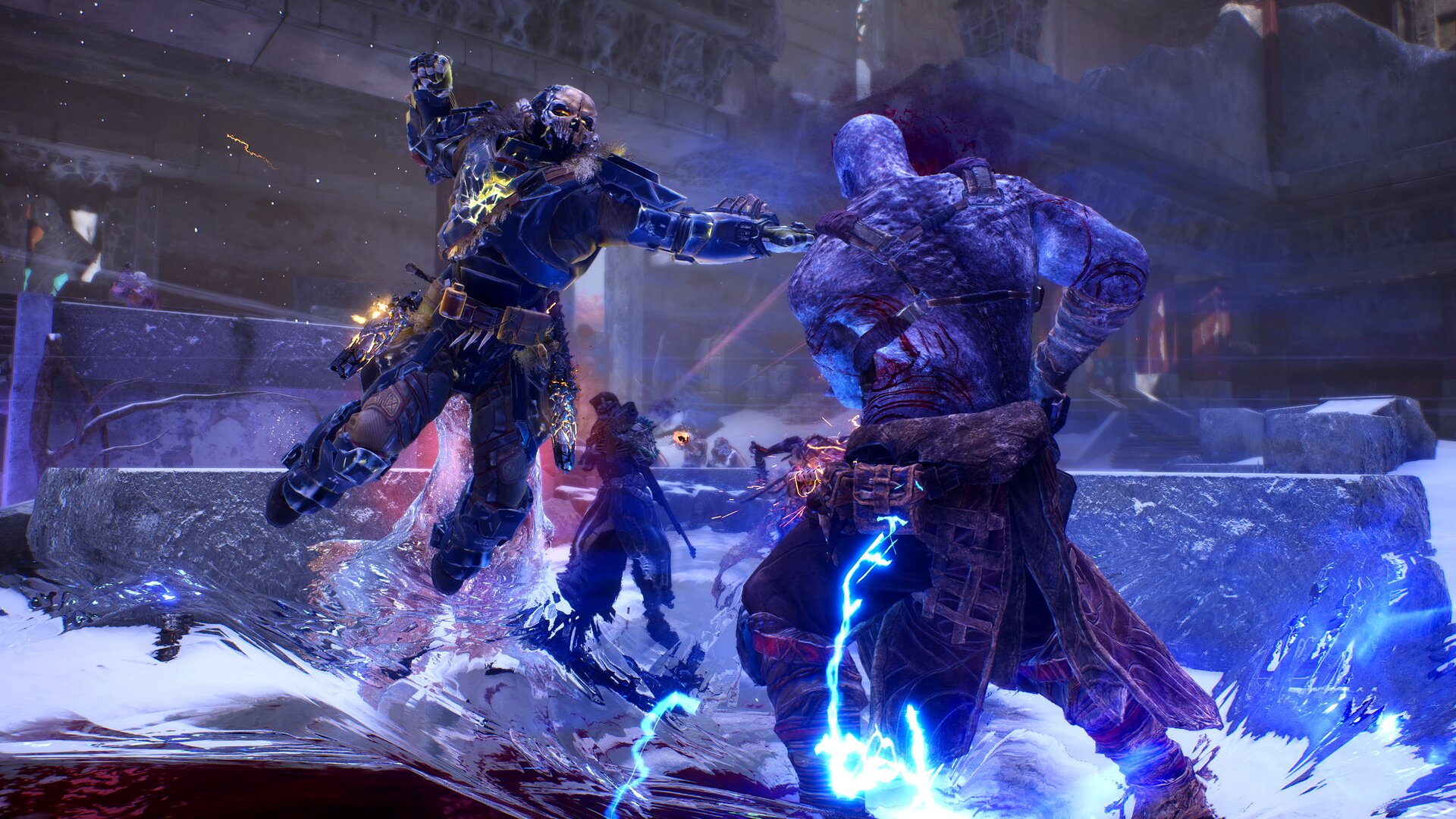 And that’s what you’ll get for nearly the ten-hour runtime of Worldslayer, I’ve already forgotten most of the characters I’ve met and interacted with and quite honestly, that’s fine because I’m not playing Outriders for its story — it’s the satisfying gunplay and classes that have kept me invested and ready to come back for the expansion. That isn’t to say everything the narrative brings isn’t worth experiencing because there are a few stand-out threads I wanted to explore. 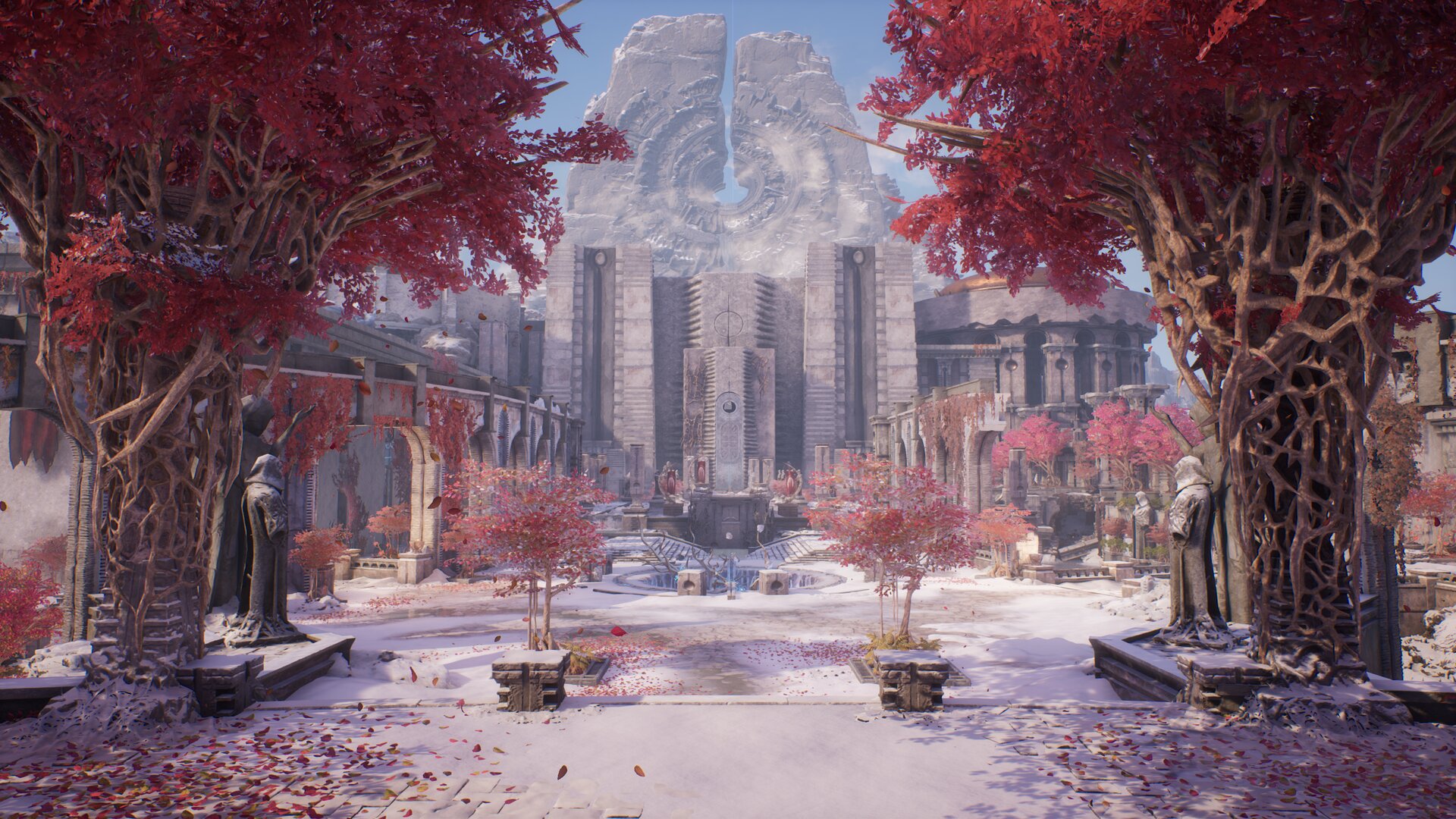 The new Worldslayer expansion introduces you to a new way to progress with your character: the PAX Class tree, a separate class tree from the existing three-branch class tree from the base game. Unlocking at level 30, the new PAX Class requires PAX Points by completing the Worldslayer content milestones to activate the nodes in it. This is a separate skill tree that helps further evolve your character, making good use of your sub-class’s specializations. The nodes are a retooling of the game’s original skill trees.

You will be able to adapt your abilities and skills across both the Class Skill Trees and PAX Trees for additional hybrid branch boosts. Challenging yourself against all Apocalypse Tiers will allow you to boost your new progression system called Ascension. Levelling your Ascension level through battle experience will make you earn Ascension Points which can be used to invest in your character abilities: Brutality, Endurance, Prowess and Anomaly. Each of those categories has five options to invest in, including better armour, more HP, critical hit rates boost and more. It’s hard not to look at the Ascension system and compare it to the Paragon system from Diablo 3 as it works in a similar way.

For endgame content, the Ascension progressional system is looking to be a great addition to the Outriders experience. The more time spent in the endgame, the better rewards you’ll earn. 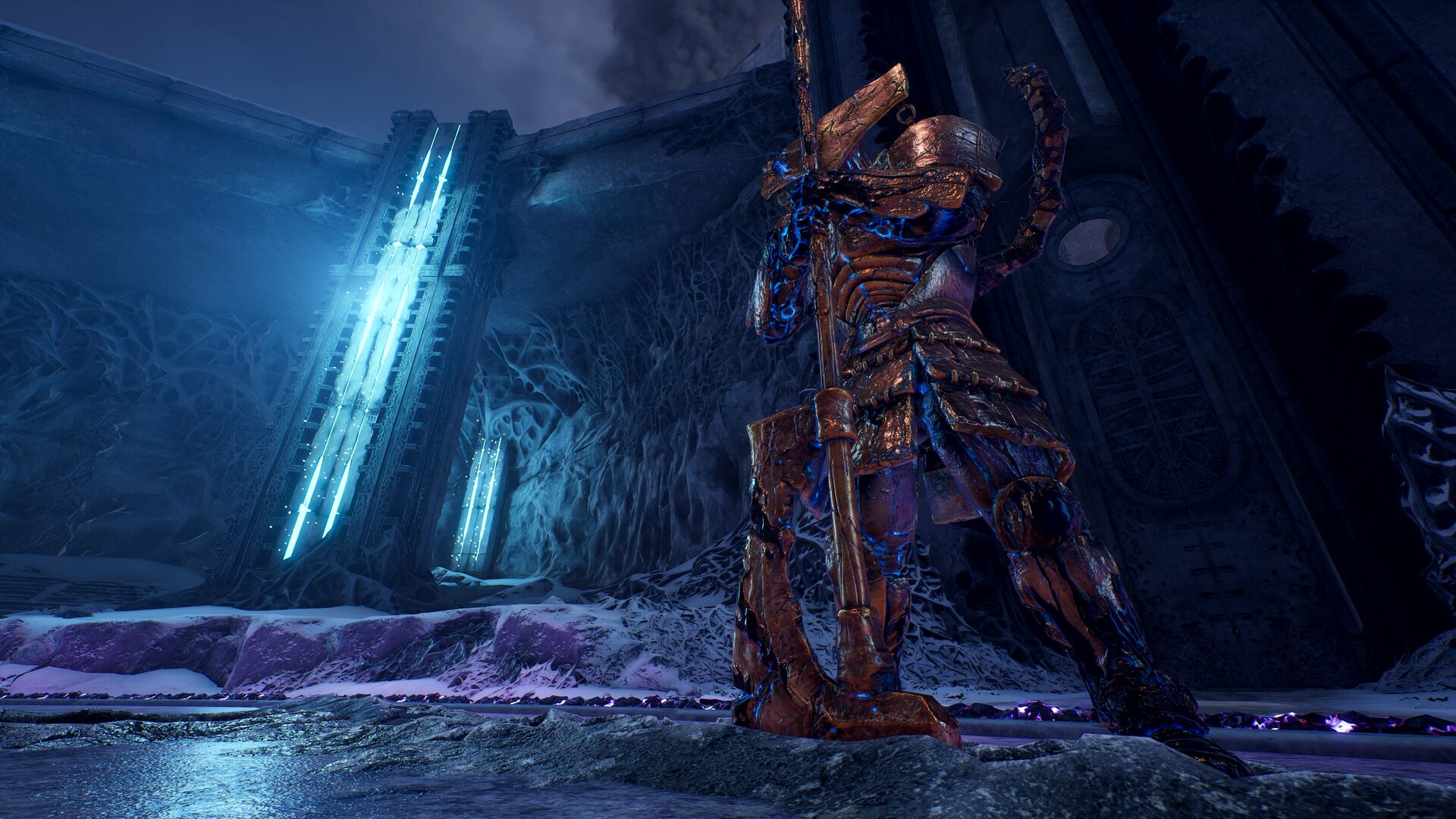 When you are playing on Apocalypse Tier difficulty levels, you have a chance to get Apocalypse Gear variants to drop. Apocalypse Gear pieces are variants of Epic and Legendary gear in the game and have a third mod slot available. The Apocalypse Gear can only be earned through drops and may not be crafted and the third Apocalypse mod slot cannot be edited, so finding an Apocalypse variant of a powerful Legendary with a strong mod in the Apocalypse slot will be key to unlocking maximum power for your Outrider.

The Trial of Tarya Gratar is the endgame content players will dive into after the main campaign rolls. No longer do players enter Expeditions instead, the new area serves as an exciting way to challenge players and focus on improving their character builds. The environments are meaty and full of opportunities to gain loot, battle enemies, and craft a build that can handle any challenge thrown at you. You will repeatedly enter the cradle of the PAX civilization to earn better gear and is likely where we’ll be seeing a ton of improvements and additions in the coming months. 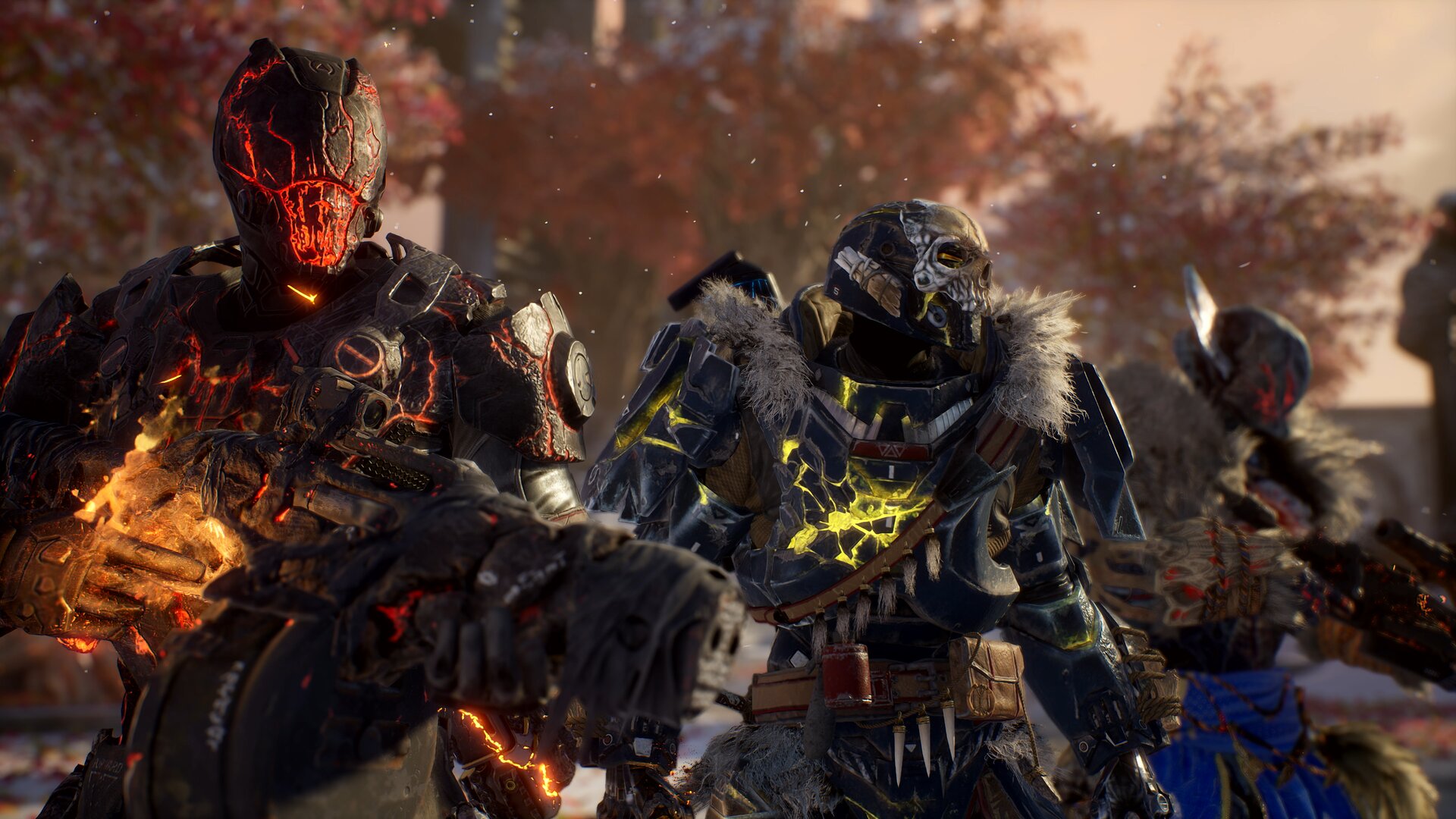 Going at the trails solo will be the most challenging thing about the Worldslayer expansion as it was clearly designed to be tackled with a team of three. That isn’t to say it can’t be completed solo but when the game generally delivers on the power fantasy aspect, the bosses of the game are tipped in the opposite direction to the point of frustration. Bosses are nothing more than sponges that seem next to impervious at times — out of everything Outriders gets right, bosses were never one of them. Regardless of the abilities, you throw at them, it always takes longer than it needs to and by the end of it the fun is never there. 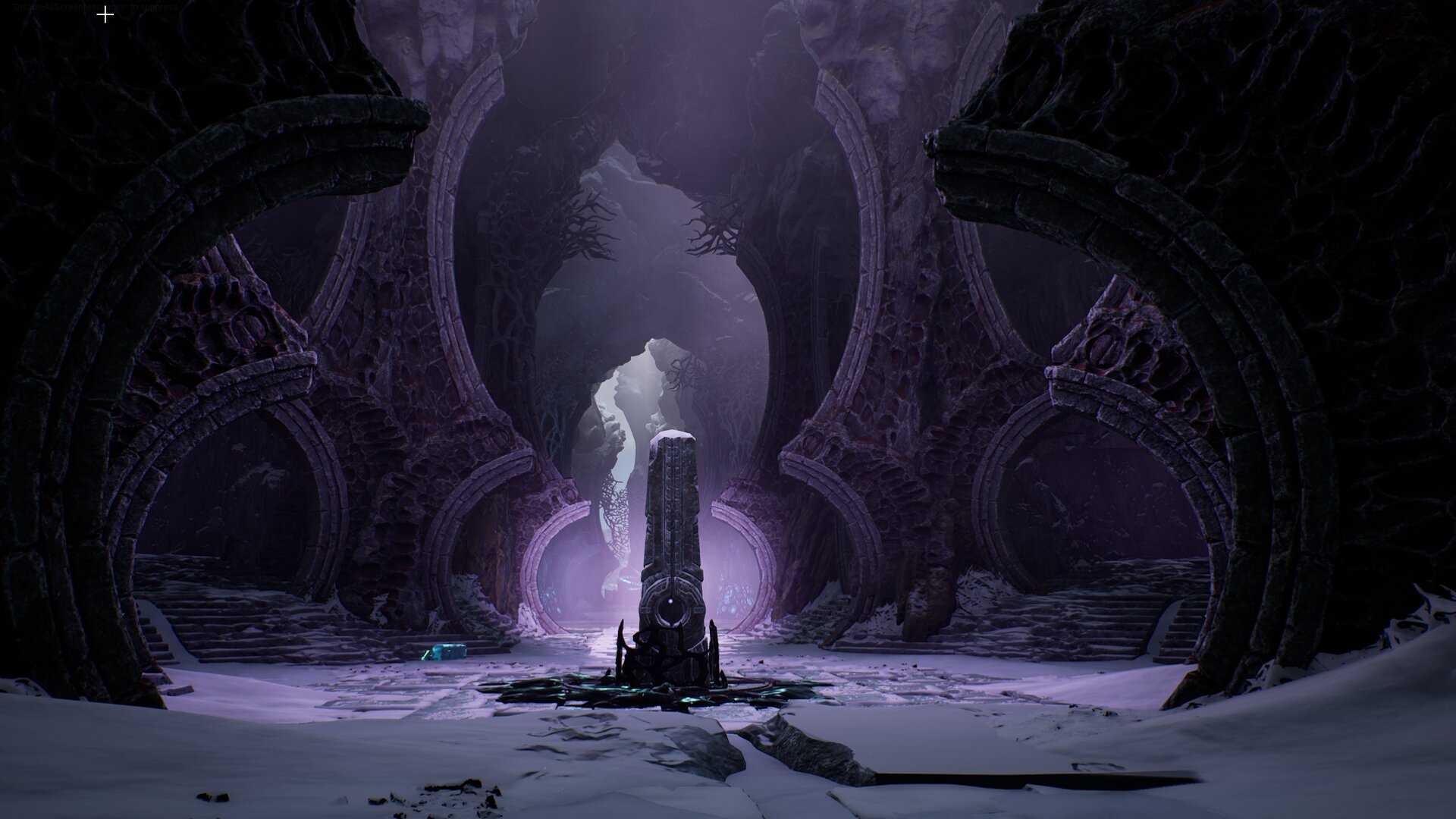 Outriders Worldslayer is undoubtedly the best version of Outriders but not without issues. The game’s story isn’t anything particularly exciting and Ereshkigal isn’t a commendable villain but it helps push the gameplay forward to the better moments. As a solo player, you’ll have some trouble with the new enemies and bosses but with a friend, it’ll be a lot more fun, so call your friends and work towards the endgame where all the fun lies. The new PAX Points, Ascension Points, and Apocalypse items offer a lot of customization for your character to match your playstyle.