Oceanhorn 2: Knights of the Lost Realm launched on Apple Arcade last year as an exclusive. Finally, the sequel to Oceanhorn: Monster of the Uncharted Seas is making its way to the Nintendo Switch. One of the things that you’ll notice right from the start is how heavily inspired the series is from the iconic the Legend of Zelda series, and I don’t blame the developers for wanting to spearhead a game using those familiar elements.

Cornfox & Bros improves on the first game, delivering a game that is bigger and better in almost every way. Another similarity between The Legend of Zelda series and Oceanhorn is the evolution of graphics. Going from a top-down perspective to a fully 3D open-world that’s full of monsters and puzzles and secrets seems like a suitable evolution for the series. Where the first game played like a game on the 3DS, the sequel is a qualitative change for the better, allowing the environments and characters to speak for the attention to detail.

Oceanhorn 2: Knights of the Lost Realm is a prequel set 1000 years before the first game. However, this story is retold as a recollection of the events that transpired. You play as a nameless hero that’s hastily thrown into a conflict that sees a malevolent evil looking to take over the world. In the lead-up to these events, you as the hero must find a lockbox to complete your knight training. Not long after, the demon Mesmeroth invades the White City, and it is up to the hero to gather the three Sacred Emblems to stop the demon.

If you told me there was the build up to a story straight out of Hyrule, I’d believe you but for the most part, the narrative is easy to follow. There’s a decent mix of science fiction and fantasy which I found to be interesting and it’s a decent little tale albeit full of tropes you’ve come to expect in a video game. I wouldn’t necessarily say it stands out but if you’re looking for something to entertain you, this is a decent romp through a fantastical world. 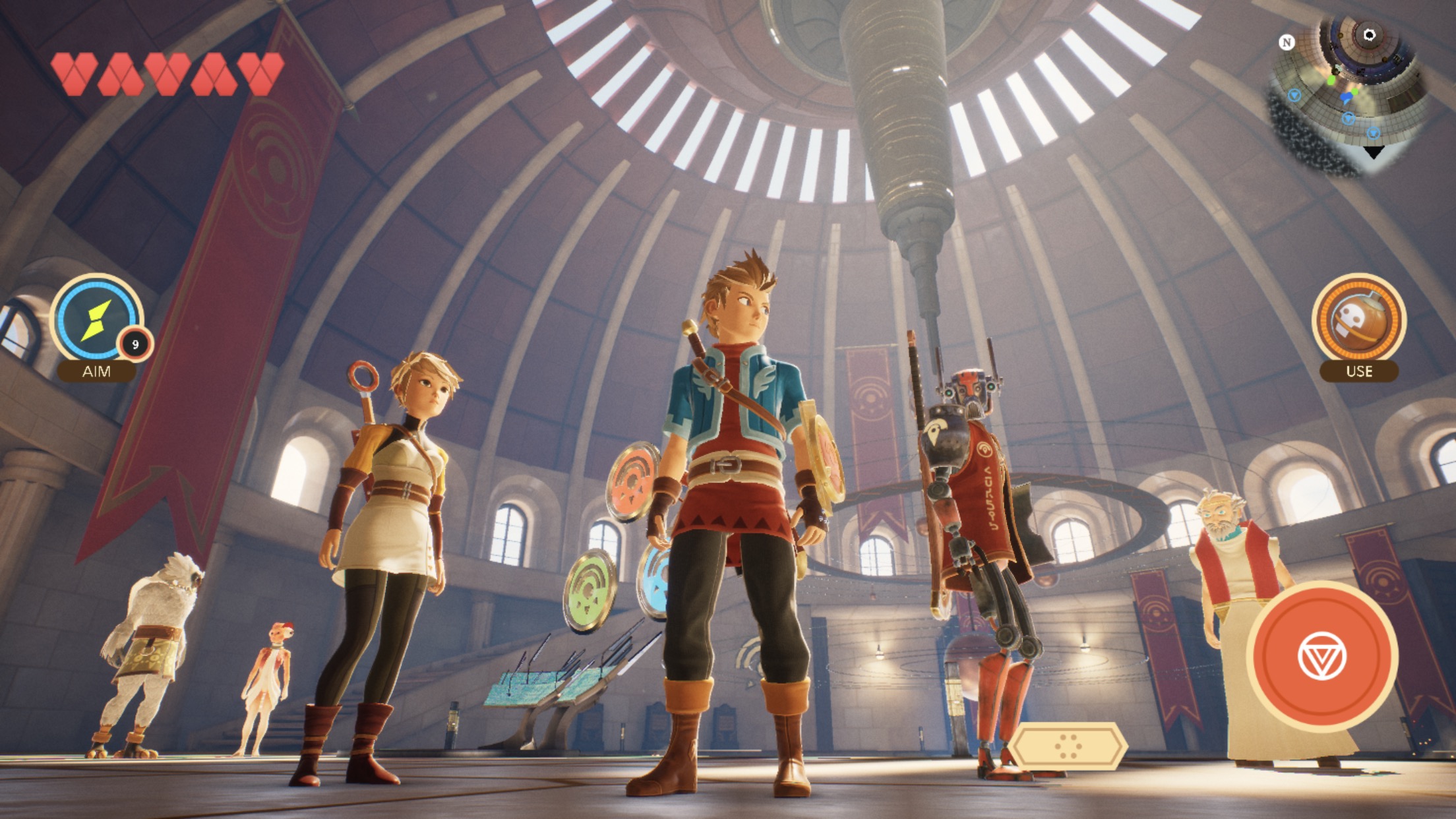 Speaking of the world, Oceanhorn 2 is astoundingly beautiful on the Nintendo Switch. There’s so much detail within the world, inviting you to explore your surroundings to see what secrets are hidden around the lands. Your hub focuses around the White City, and from there in every direction is a vast world brimming with various biomes that you’ll venture into to find the Sacred Emblems. And aside from some framerate hitches, the game runs well on the Switch in both docked and handheld mode.

Combat can be described as functional, there’s just not enough to keep me invested. Your character wields a sword and a firearm called a Caster Gun. This device turns the elements into combat spells and you’re able to use fire, ice, lightning, and healing magic. During your game, you’ll be able to use the Caster in environmental puzzles, as well as against enemies. As for using the sword, I feel it’s a letdown since swinging your weapon feels so rigid. I’m assuming it’s likely because this was a mobile title ported out but the lack of lock-on and aim assist might be off-putting to some. 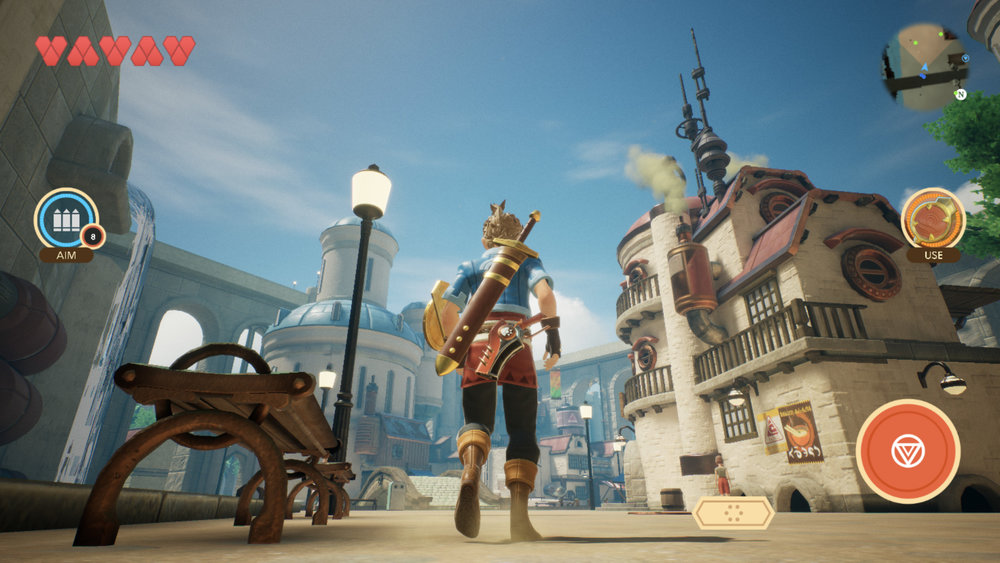 For this to work, there needed to be adjusted for the Switch port. Movements feel absurdly simple due to their origins on Apple Arcade. Good luck trying to tackle a group of enemies because you’re looking at a rough encounter that’s going to cause some frustrations.

And when you’re not locked in battle, there’s a whole world to explore, spread across several islands. On each island, you’ll find yourself immersed in things to do, often I’d wonder only to discover something of interest in front of me and I’d never feel overwhelmed by overstepping the boundaries of the islands. Finding your way back to the main questline is each enough and I’m really impressed with how the developers allow you the freedom to be curious about your surroundings without having too much slack to rein you in.

For what Oceanhorn 2: Knights of the Lost Realm offers, it’s a decent experience that’s on another great platform. I spent roughly 30 hours getting through the main narrative and felt that’s more than enough for me on the Nintendo Switch. That said, the combat is undercooked and holds the experience back from what is an otherwise good game. If you require something to whet your appetite until Breath of the Wild 2, then consider checking out the latest game from Cornfox & Bros, it’s got all the familiar elements you’ve come to love, I hope their next game lets them find their own voice through instead of borrowing another.