Review: Nobody Saves The World

Here’s one… what do you get when you cross a bodybuilder with a mermaid? Ok, I don’t have a great joke or punchline but it is the setup for one of the dozens of character combinations available in Nobody Saves The World, the latest and most ambitious title to date from indie developer Drinkbox Studios. The game comes from the creators best known for the Guacamelee series, and it’s another example of a funny, charming, and artistically unique world you can sink dozens of hours into.

You’re not just anybody, you’re Nobody

And that’s just the beginning! Nobody Saves The World kicks off the way countless RPG games have before; waking up in a small room, wondering what woke you and who you are. From there, the story quickly expands into a tale of shapeshifting, dungeon crawling, and a journey to save the day and stop The Calamity.

While you won’t find the root of the story to be overly unique, it’s what follows and the long journey ahead that makes this game special. Outside of gameplay, I don’t think it was the narrative that kept me interested for over 20 hours, it was the wacky and interesting characters I met along the way. 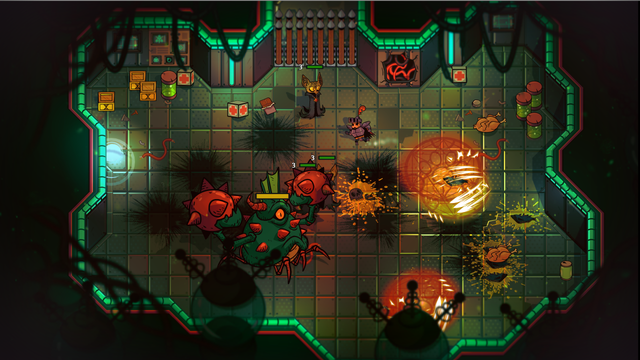 As you learn about your new ability to transform and battle new enemies, Nobody Saves The World lets you meet wizards and warriors recruiting you for service, townsfolk with their own fun problems they need help with, and even aliens who crash-landed and need you to retrieve some new “human-like” disguises. Everyone you run into and work alongside is fun to be around and very well written.

The main gameplay hook in Nobody Saves The World is the chance to play over a dozen different characters and mix and match their abilities. You begin as Nobody, the very definition of a blank slate of a character with only one attack move. But quickly, the game introduces you to several transformations and shows you how and why each one is unique.

The heroes range anywhere from a rat to a magician (not a wizard… but close), a robot, a ranger, a zombie, or even an egg. In order to unlock each of the transformations, you have a list of ability-based tasks. Complete enough of them and it will lead to an upgrade and the chance to use the next wild, unique hero higher up the unlock tree. 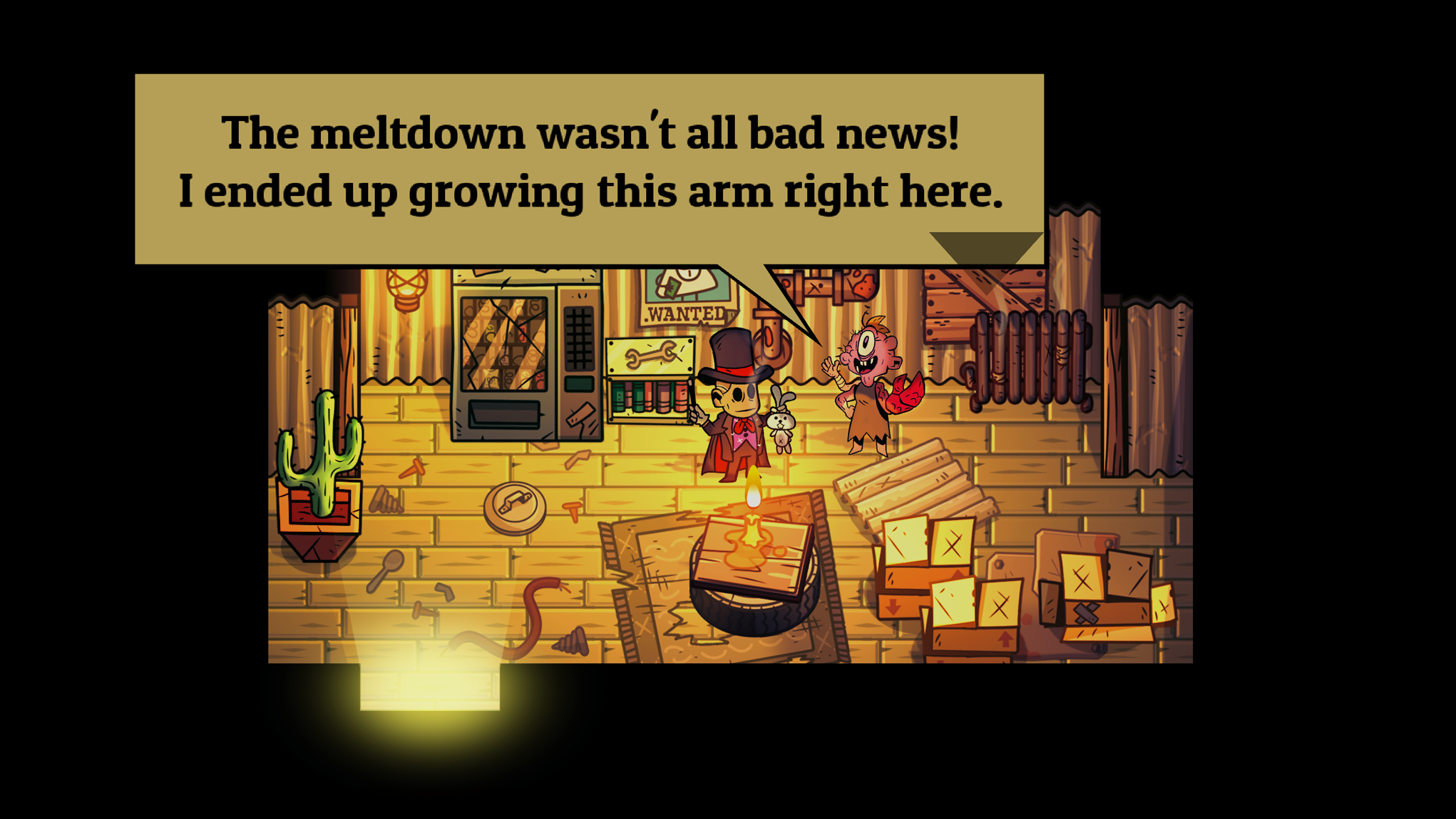 Nobody Saves The World may present you with familiar characters like the aforementioned ranger, but as you unlock new abilities and transformations, the combinations make the gameplay feel fresh each and every time you switch things up. On top of that, the various dungeons you fight through have hordes of enemies that often need to be defeated with a combination of ability status effects. For example, a giant crab may need to be killed with “dark” damage, while the headless bruiser behind it can only be thwarted by “piercing” it. The ability system is simple to understand but is very deep once you begin unlocking more transformations.

There are countless enemy types, including big, wild boss battles. Each baddie, big or small, presents you with several opportunities to tweak your approach and have fun with the dozens of active and passive abilities at your disposal. 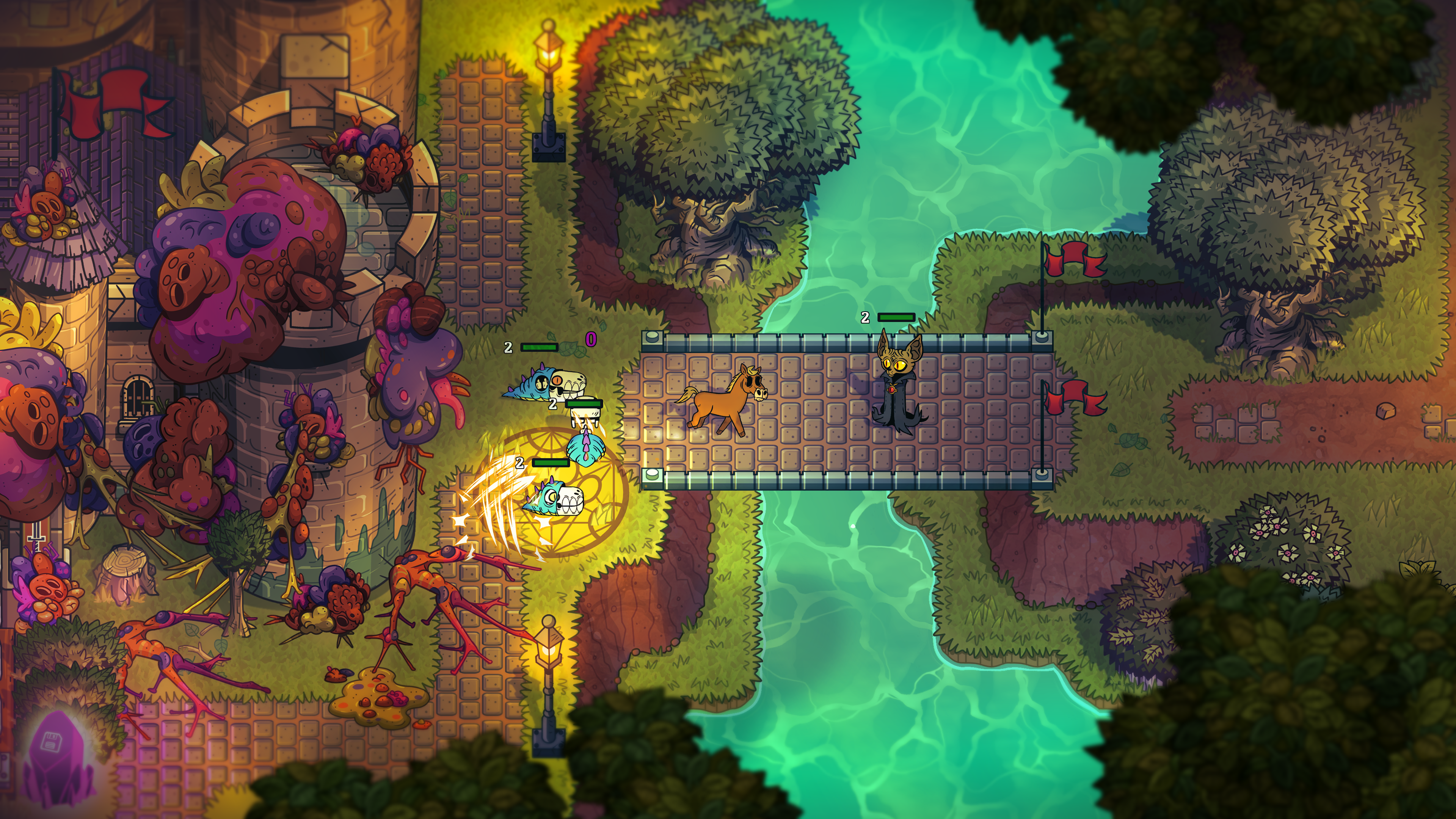 Every so often, I did find myself spending a little too much time making my way through the menu system and map. Sometimes there are so many tasks, it can be difficult to figure out exactly who you’re helping, where to go next, and if you’re even able to get to that part of the world yet. It’s not a huge problem, but some more guidance on the map would have helped from time to time. And the map is huge as it expands to an open-world feel with each quest and dungeon you uncover.

Nobody Saves the World is full of Artistic Wonder

Drinkbox Studios is no stranger to fun, bright, and stylish worlds and characters. One look at their previous work and you’ll realize that they’ve just upped their game with each and every release.

Nobody Saves The World is another example of the care and dedication the developers take when it comes to presentation. The hand-drawn style pops whether your hacking your way through a jungle, trekking through a desert, or even exploring a dark and dingy dungeon. This wacky world seems like a moving picture book down to the smallest detail. With the amazingly wide variety of enemies to encounter, I found myself not only in awe of the way they play but how they look. 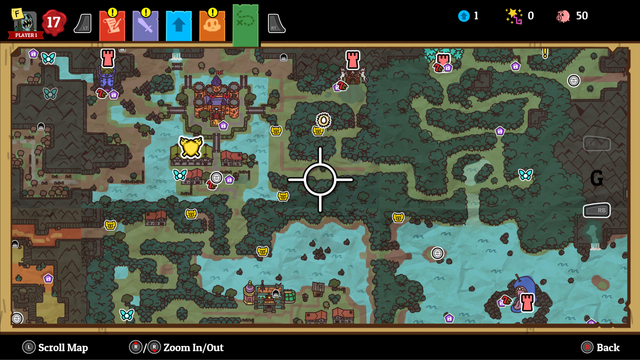 In Nobody Saves The World both the soundtrack and sound effects are also something to marvel at. Each area has its own look and feel ranging from the trail you walk on to the music that had me bopping in my seat.

The Toronto-based studio won me over years ago with the first Guacamelee!, but even if you’ve never played a Drinkbox Studio game before, Nobody Saves The World is a great place to start. I found myself wanting to uncover more of the ever-expanding map, help more villagers, crawl and fight through more dungeons, and see what fun and inventive transformation I’d be able to customize next.

I could see and hear the love that went into this game and I had such a blast with Nobody Saves The World, that it’s a very easy recommendation for anyone who wants some more light-hearted fun in their games, while also offering a deep and unique gameplay system.