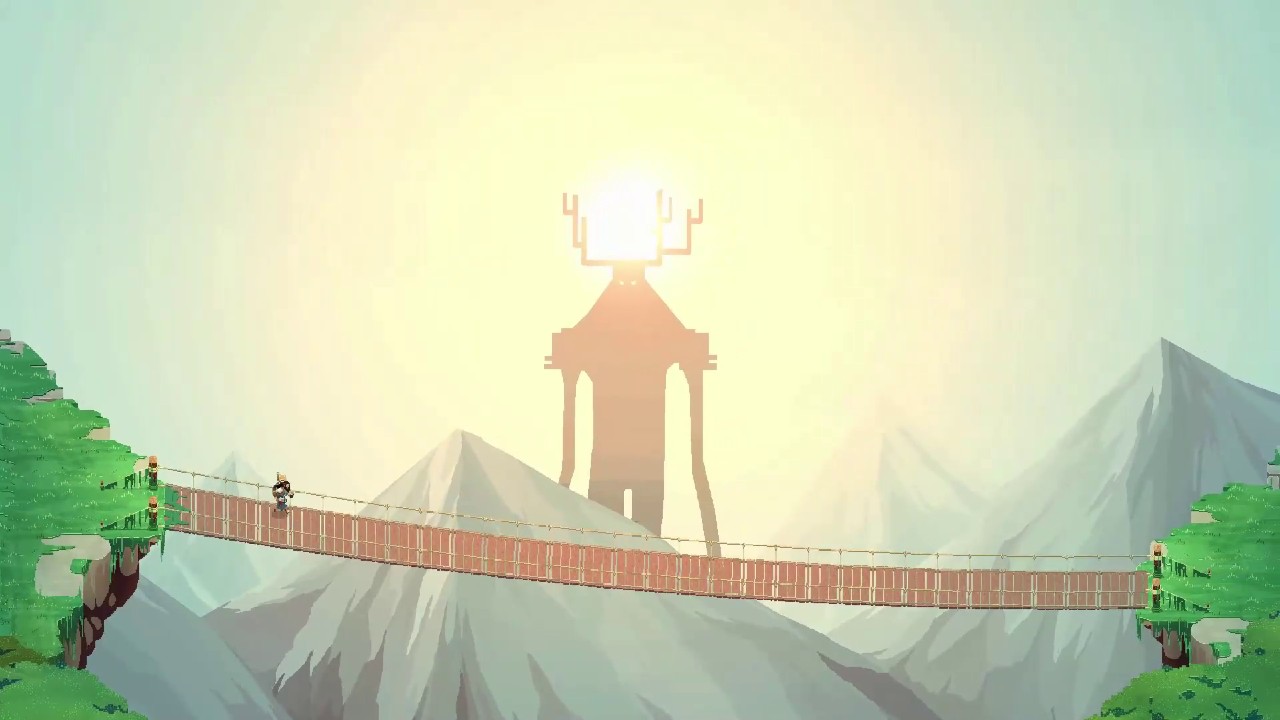 Review: No Place For Bravery

In a season with tons of larger, AAA games on the horizon, digging into indies like No Place For Bravery can be a welcome breath of fresh autumn air. While the game definitely borrows ideas from games that have come before it, the developers have found a great way to meld an intense story and setting, with challenging gameplay that feels rewarding.

As Thorn, you as the player take on the mantle of a battle-worn man who has decided a simpler life of quiet and family-first values is what’s best from here on out. The challenge in No Place For Bravery is that family is one person smaller as his daughter went missing years ago while out on a hunt. No Place For Bravery picks up from there as new clues point him in the direction of what might have happened.

If you have a family, or a young child, this is the point in the story where things get emotional. Does Thorn head out to follow the lead? Or is it too little too late as many years have passed and he’s risking his life for what could be another dead end? Even as someone who does not have kids, this hit me right in the heart and gave me more than enough fuel to push through the challenging gameplay. 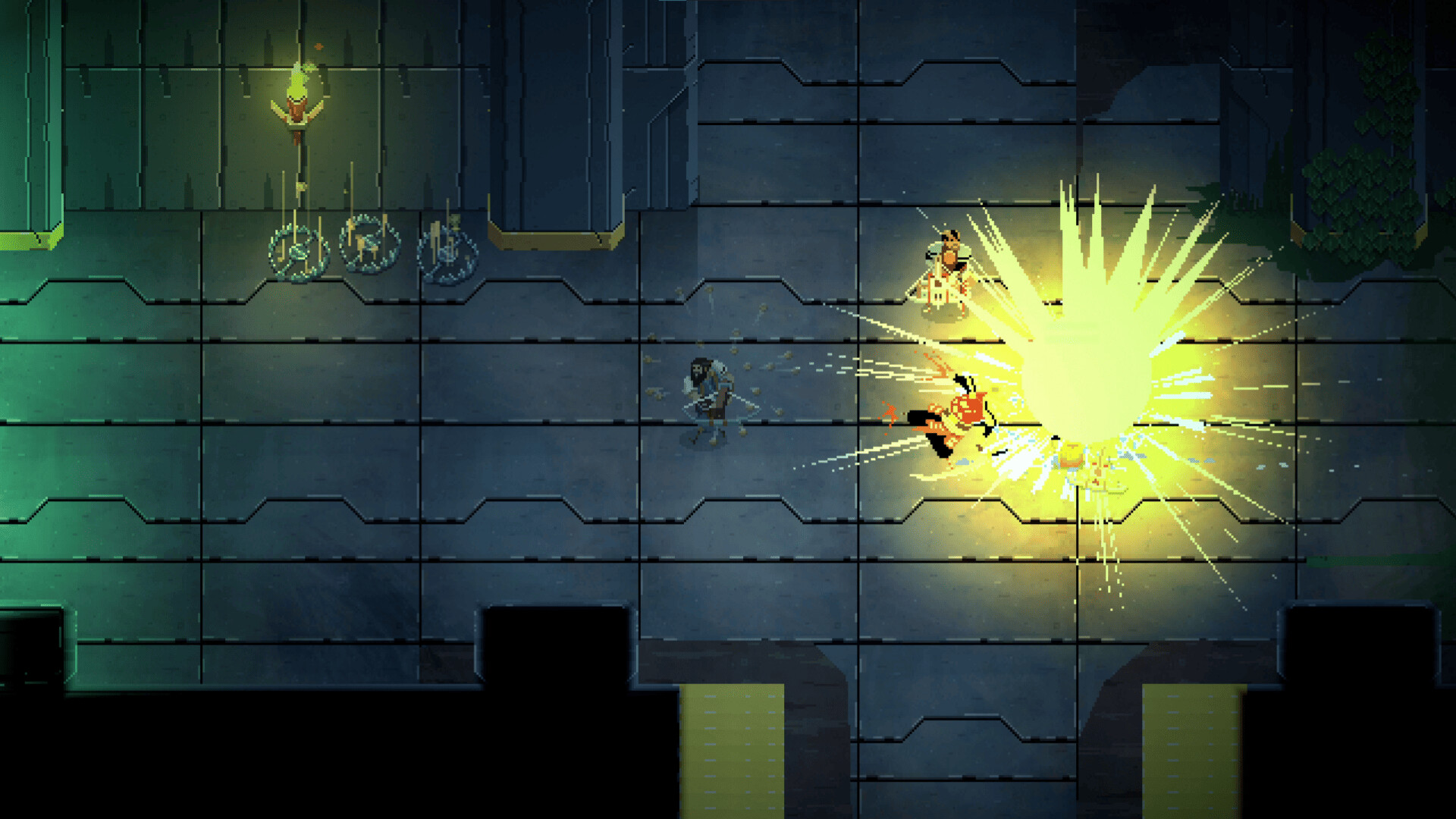 No Place For Bravery is also chock-full of lore. It feels quite overwhelming in the first couple of hours, with a ton of terms, names, and locations mentioned as if you ARE Thorn and you live in this world. Thankfully that does improve, but the game doesn’t hold your hand here, or when it comes to the combat.

And you have to be if you want to survive the harsh world around you. The isometric view and pixelated style always look great, bringing life and engagement to even the simplest fights. No Place For Bravery does its best to help guide you through the first 30-60 minutes of gameplay with descriptive tutorials and a few chances to battle “easier” enemies, but then it’s off to the races for you.

This is where the Soulslike gameplay and ideas may hit or miss depending on the type of player you are. While I do enjoy a challenge from time to time, I did find myself frustrated every once and a while. For the most part, memorizing patterns, replaying epic boss battles, and traversing through dark dungeons was great, but it was not a consistent home run. Sometimes I felt outnumbered and instead of defeating and looting my enemies, I was forced to escape the area with nothing but a tick of health remaining and limited healing at my disposal. 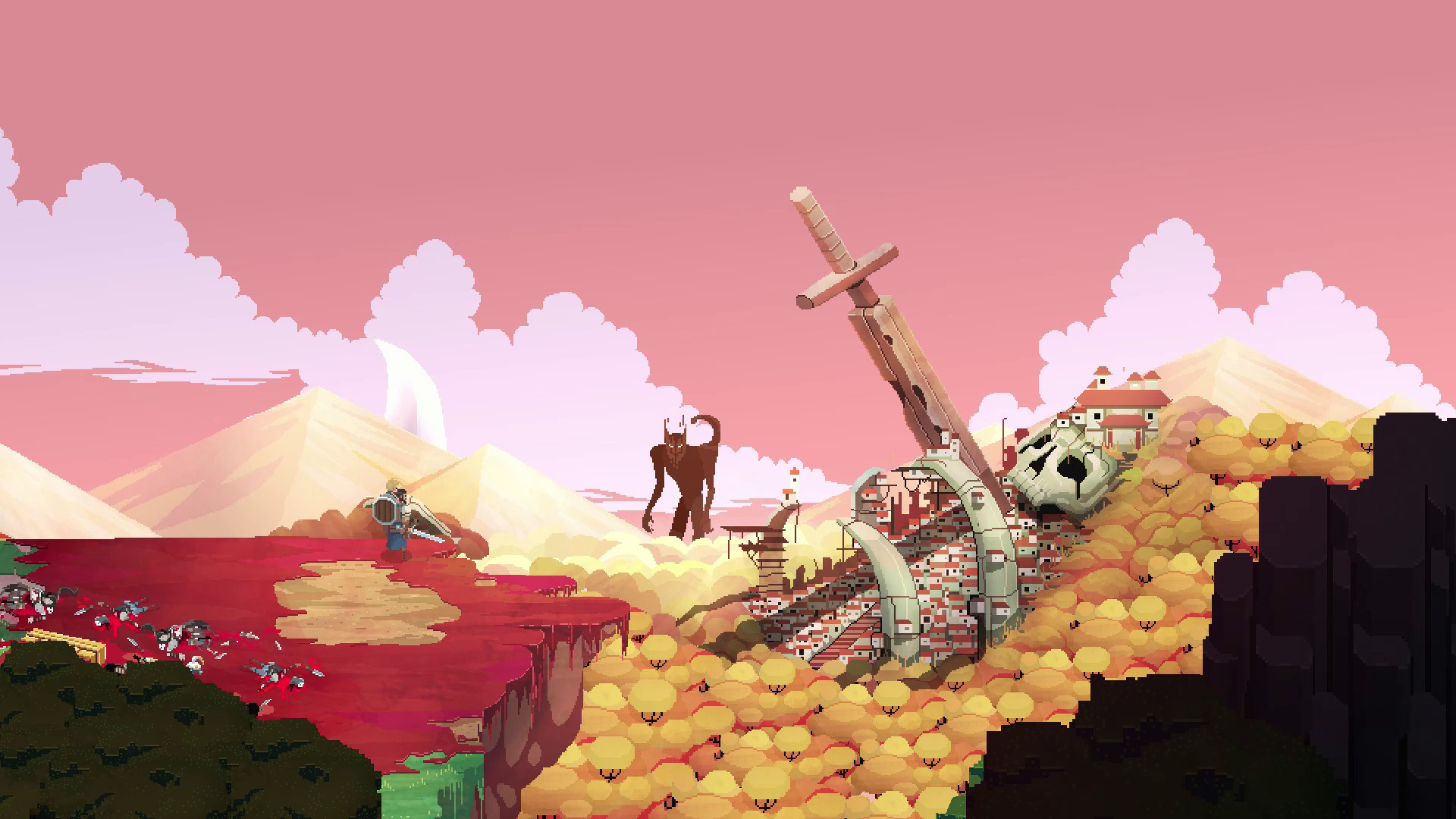 When No Place For Bravery does click (more often than not I might add), it’s incredibly rewarding. Parrying, blocking, and managing stamina; they’re all ideas and mechanics we’ve seen before, but not often in a world so rich with characters and variety.

The upgrade and RPG system is also doing something unique, allowing players to allocate skill points to different combat styles. This is a great way not only to learn the game as it progresses but tailor it to your liking; something that felt fresh and free. A surprise from a game that is so difficult and dark at times. 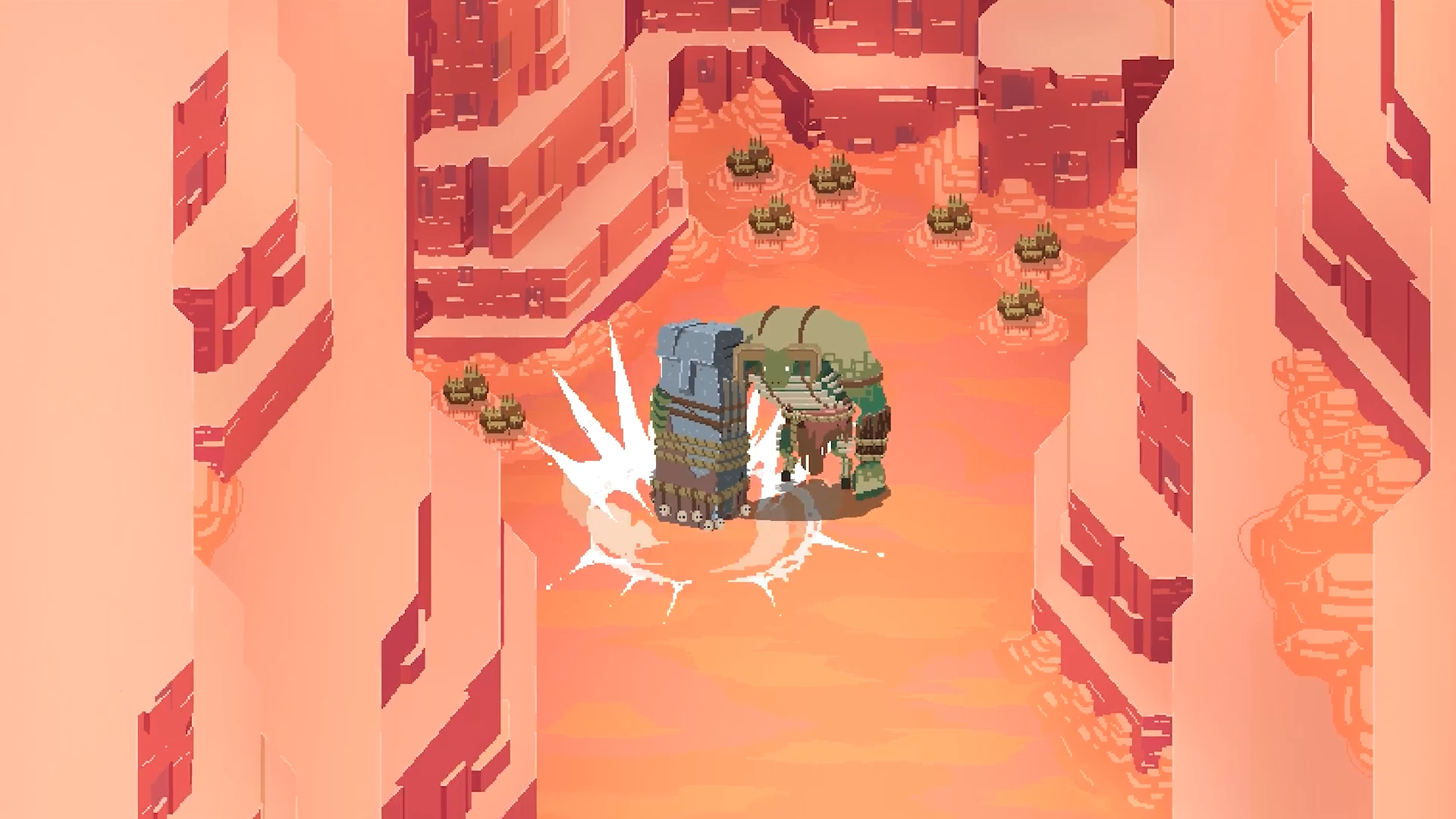 A World and Family Worth Saving

No Place For Bravery has a dark story, a dark world, and bloody results. Thankfully, Glitch Factory has crafted all of these elements into a game worth exploring. Environments feel varied and interesting each time you walk into them, with creepy and well-designed characters lurking across each corner or waiting for you and the end of a long bridge or canyon. 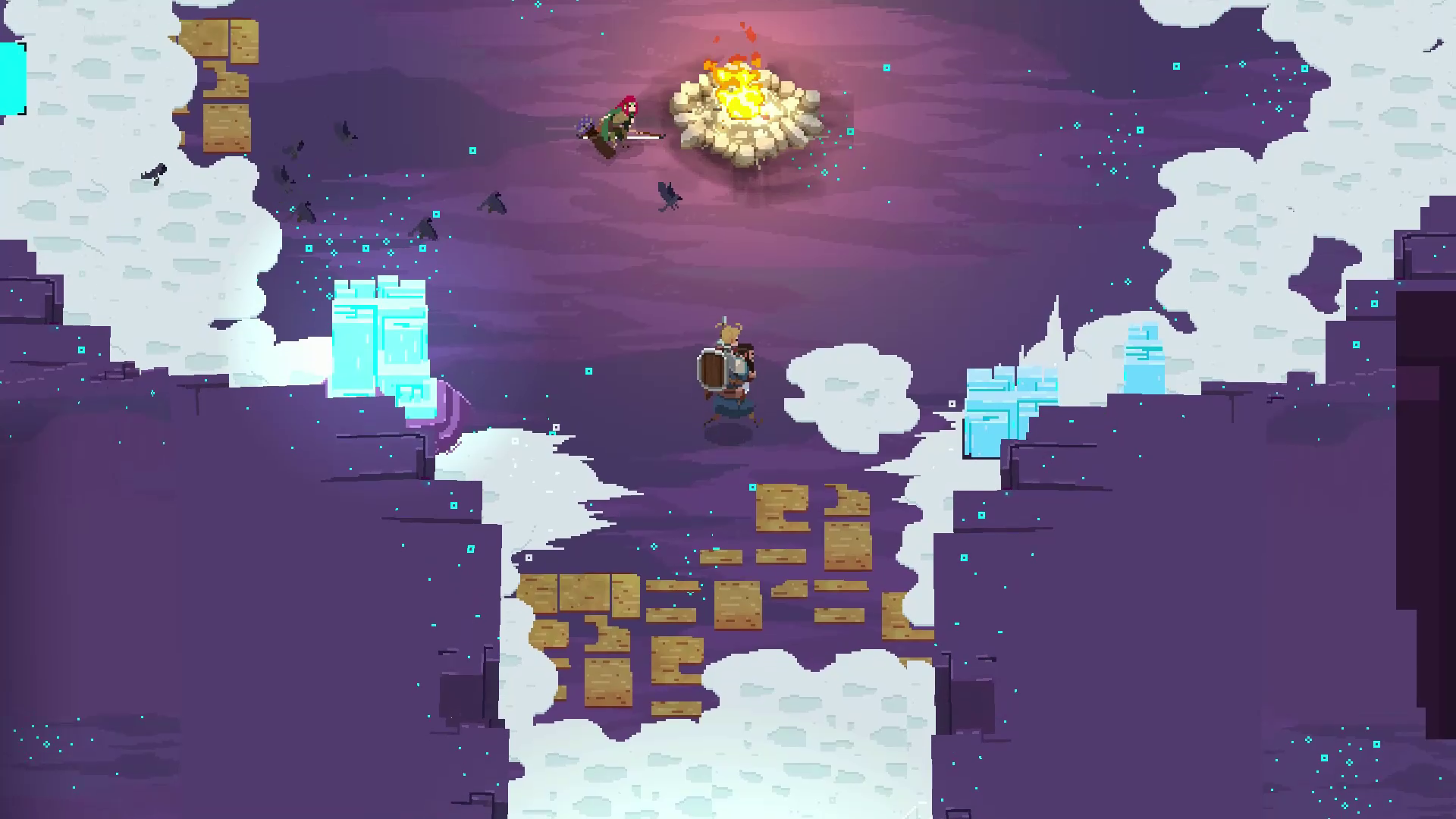 One of the coolest elements of the game is the executions. An opportunity not only to be rid of enemies quickly but in a gruesomely choreographed way that feels fun and rewarding. There are gameplay reasons for using these moves, but I honestly just loved the way they looked and sounded and that was enough for me to look out for those opportunities every time I swung my weapons.

Based on the difficulty and style of gameplay, No Place For Bravery is likely not for everyone. Heck, I even thought it might not be for me a few times. But once I locked down the feel of the combat and began to really appreciate the story and world, I grew into a believer.

It’s not a perfect game, but No Place For Bravery does enough in its presentation and story alone to make it stand out in a crowded room of indies and games that use Soulslike elements.