Nintendo’s got a big, vacant spot in sports games that’s been sitting unfilled for nearly 16 years. Thankfully, you won’t have to wait much longer to play the follow-up to Wii Sports, one of the most pivotal and impressive games at the time thanks to its universal appeal to players of all ages. It comes as no surprise that the game was popular for years — selling over 82 million copies and becoming a cultural phenomenon that brought together everyone. Almost two decades later and players are hoping to recapture the magic from all those years ago.

Nintendo Switch Sports like the original iteration brings virtual sports to your family room using motion controls. Only this time, you aren’t waving a Wii Remote like a maniac (although it can be hectics), fearing the death of your television. In the case of Wii Sports, it was fun and engaging but the primitive motion controls left much to be desired. Now with the leap in technology from Wii to Switch, the game features far better controls and also more detailed arenas to play in.

While Wii Sports had five separate spots games, Switch Sports includes Soccer, Volleyball, Bowling, Tennis, Badminton, and Chambara (Swordplay). Diving in you is quickly introduced to Spocco Square, the sports arena where all six sports can be chosen. Nintendo’s attention to realistic, detailed environments doesn’t go unnoticed here as it makes a great talking point when sitting with others. For starters, the realistic avatars are called Sportsmates, and are the evolution of the iconic Miis found on the Wii — don’t worry though because you can import your Mii if you choose to do so.

Depending on the choice you make, you’ll be able to customize your Sportsmate’s outfit and accessories and also hair and face styles. It’s an easy choice to stick with the new, detailed character models after playing around with the character creator. You can pick one of several face types and also skin and eye colour before confirming your hairstyle, and eyebrows. Then the real fun begins selecting the perfect outfit and accessories. It’s also weird seeing my old Mii attached to a detailed body given how dated it feels to use them these days.

However, what I find disheartening is that if you do plan to upgrade your character’s look, you’ll need to head online to unlock items. Some players might not want to do that and locking them into having to go online doesn’t seem entirely fair when all they want to do is wear new items.

I began with some classic footy and loaded up Soccer as it is the only sport of the six available to use the Ring Fit Adventure leg strap. This is easily the most involved game out of the bunch and handles far more like a traditional sports game to my surprise. Each player requires two Joy-Con to play one controller your movement in several game modes including one on one and four on four. At any given time, there are eight players on the field but you only control one at a time. 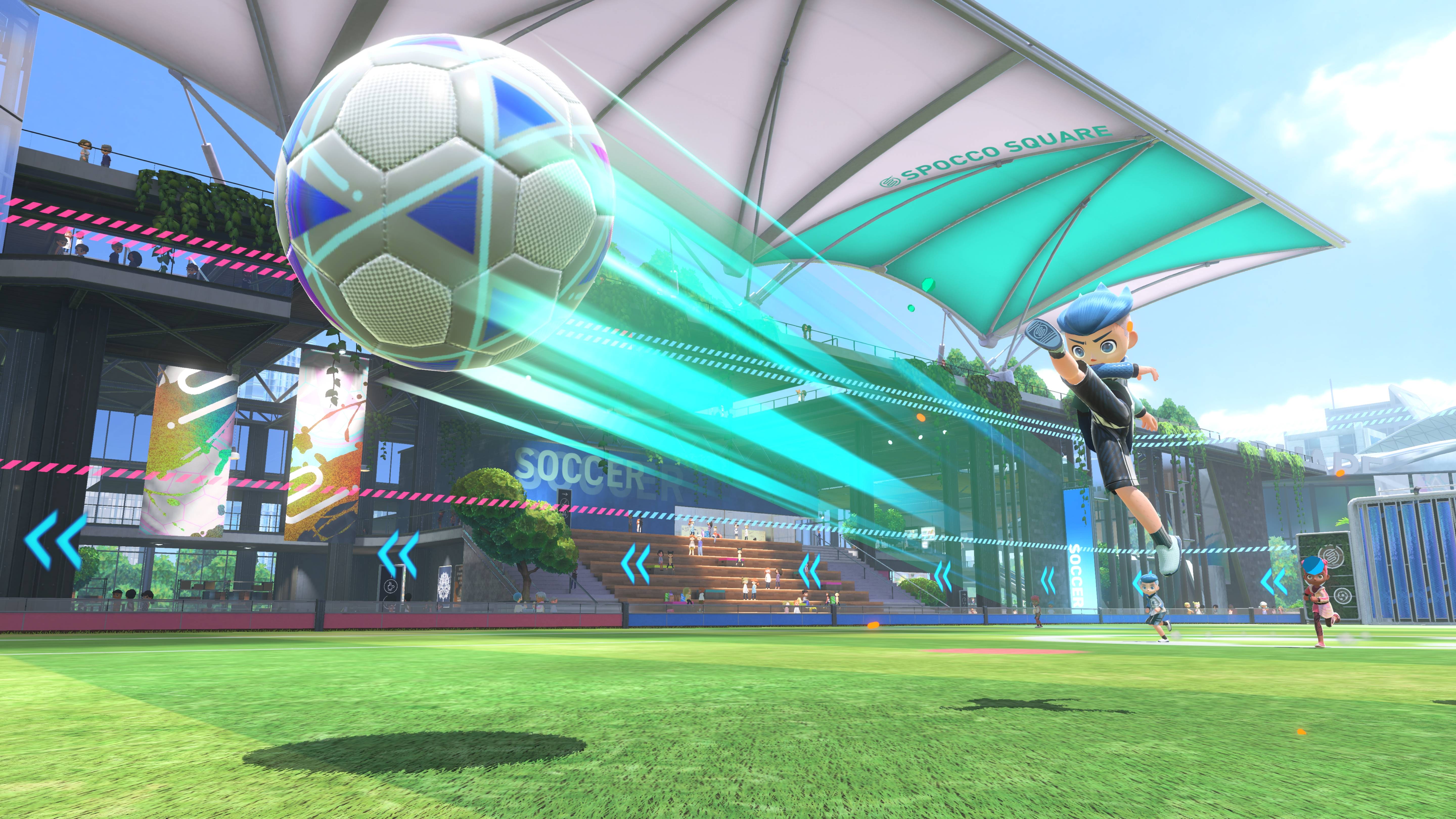 You’ll need to manage stamina; ensure you can pass to other players and even jump into the air for a header but the coolest bit of playing soccer is scoring goals. The ball is bigger than average and yes, I can see how some may compare this to Rocket League but it’s neat to be able to wave your Joy-Con and watch as the ball bends into the net. I believe players will ultimately find themselves loving soccer or hating it because it’s more involved than the other sports — and the fact that sometimes having to get to the ball can be tedious, often breaking the immersion. 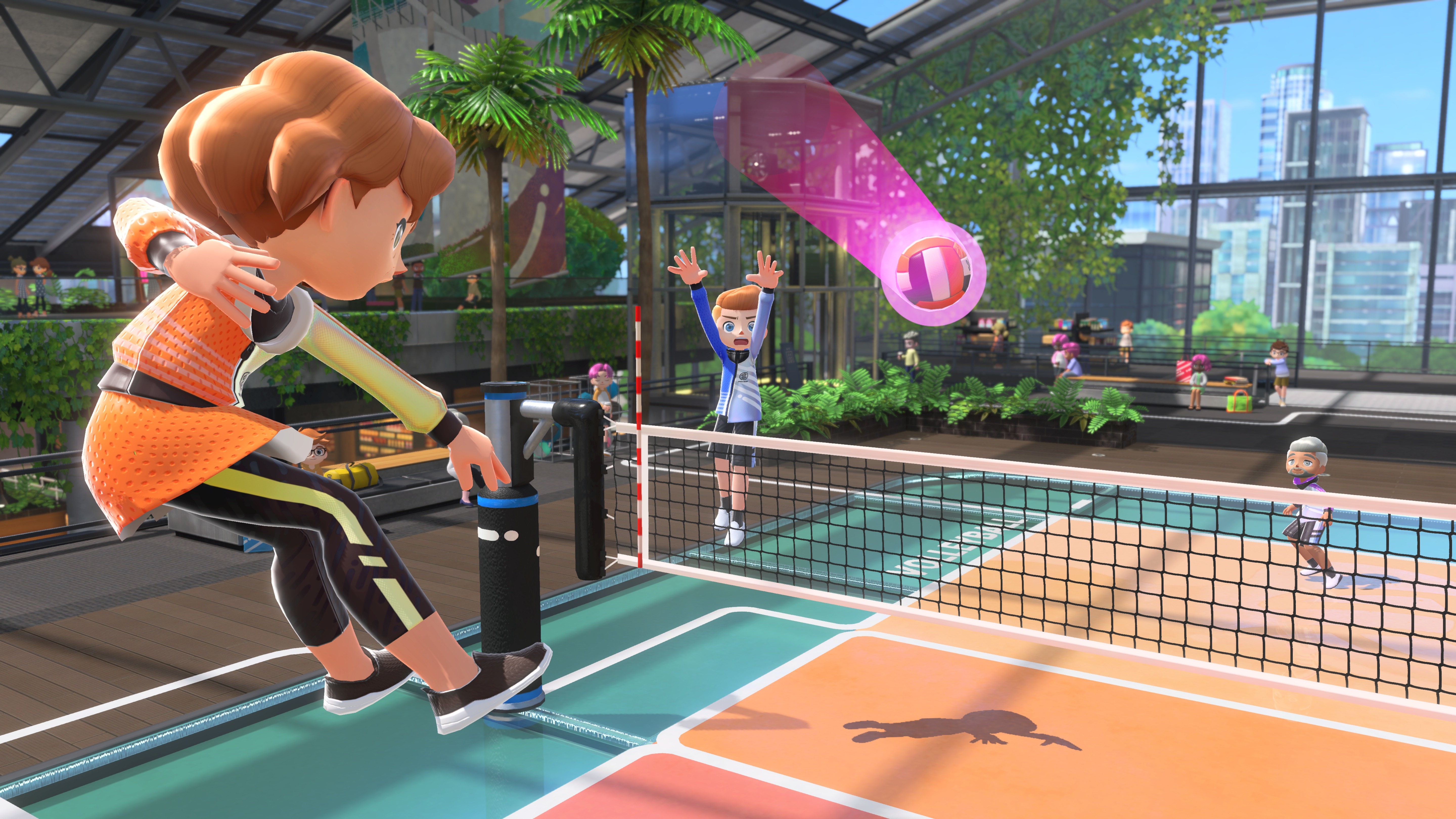 Volleyball is the second game I wanted to dive into and much like soccer involves a bit more movement to play. As one of the new sports in the series, Volleyball can be played by up to four players. Players will need to learn the basics and how bumping, setting and spiking the ball work while also knowing when to attempt to block an incoming strike. You can play two on two against friends or a pair of AI opponents with the goal being to win seven points while also leading by two whole points.

I like how Nintendo Switch Sports would reposition my Sportsmate to the correct spot while leaving me to deal with retaliating against the opposing team. This made me focus on the important aspects of setting up a spike or blocking by signalling when to perform the correct counter. Don’t fret if you don’t understand what to do at first because it took me a handful of rounds to begin to grasp the experience but once I did, playing it felt much better.

Bowling dials back the interactive pieces of Soccer and Volleyball by asking the player to flick their wrist while twisting to control the direction of the ball. It’s easily one the most intuitive games out of the bunch and you’ll be familiar with the rules if you played the original on Wii Sports. The ten-pin stakes have never felt higher and playing with others is significantly better now with the ability to pick up and play this anywhere being a highlight. 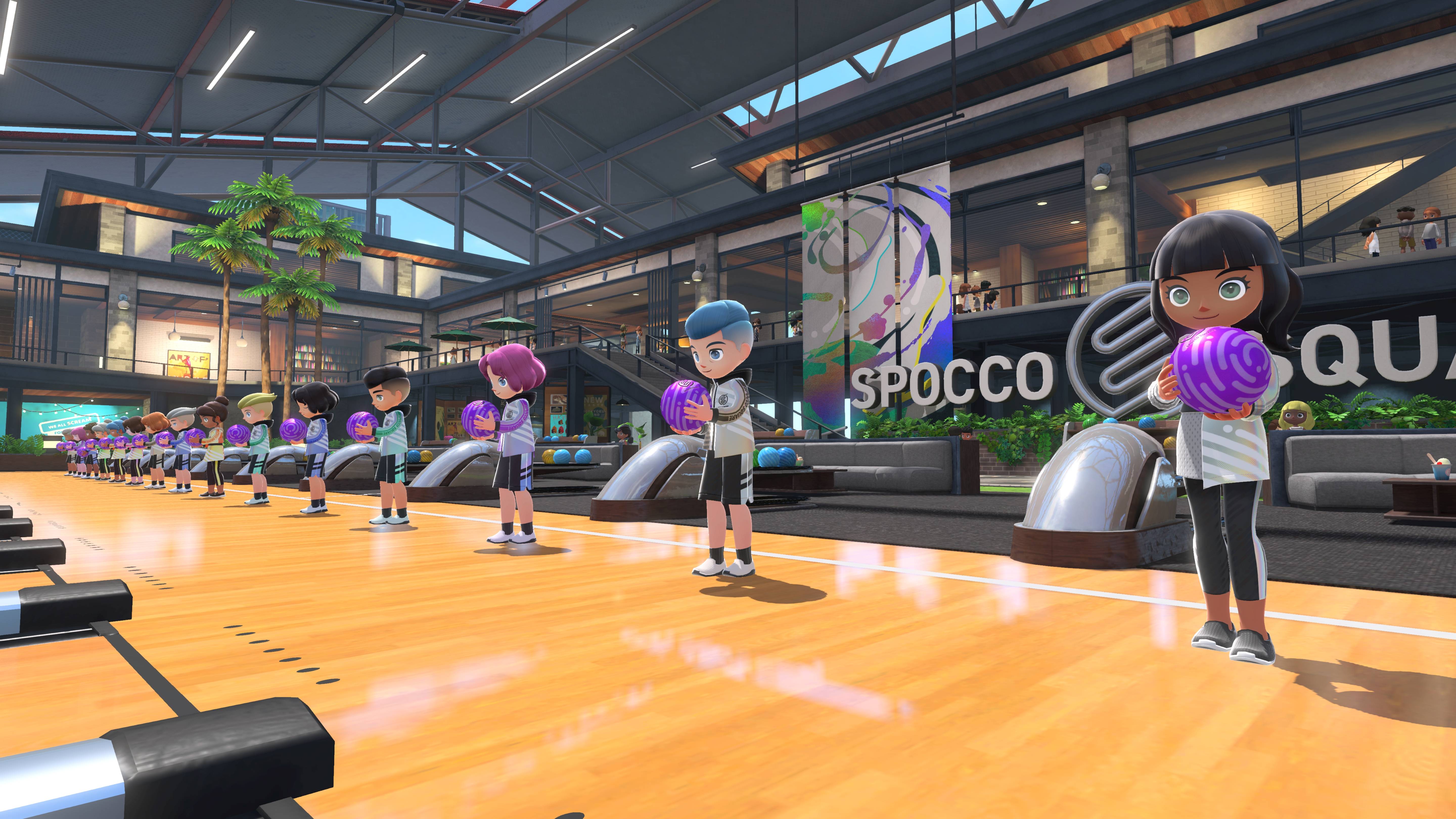 Instead of following through with the motions and letting go of B when bowling, you now need to follow through and hold the button down. After a dozen or so attempts the new implementation will stick with you even if at first it doesn’t’ — spinning the ball with the Joy-Con is a delight and can come in handy if you manage to leave pins on opposing sides of the lane.

Players might feel right at home when loading up Tennis as it is the second game returning from Wii Sports. In 2006, the premise was rather archaic but now, those familiar with Mario Tennis Aces might find this mode akin to the branded sports title. Movement is handled by the game while you deal with playing doubles. No matter what you decide to play, Tennis is served as a double sport with four players on the courts. You’re allowed to pick how many rounds you can play before using the Joy-Con to land a topspin on your opponent. The biggest difference I can recall is how accurate playing Tennis is now thanks to the technology within the Joy-Con. 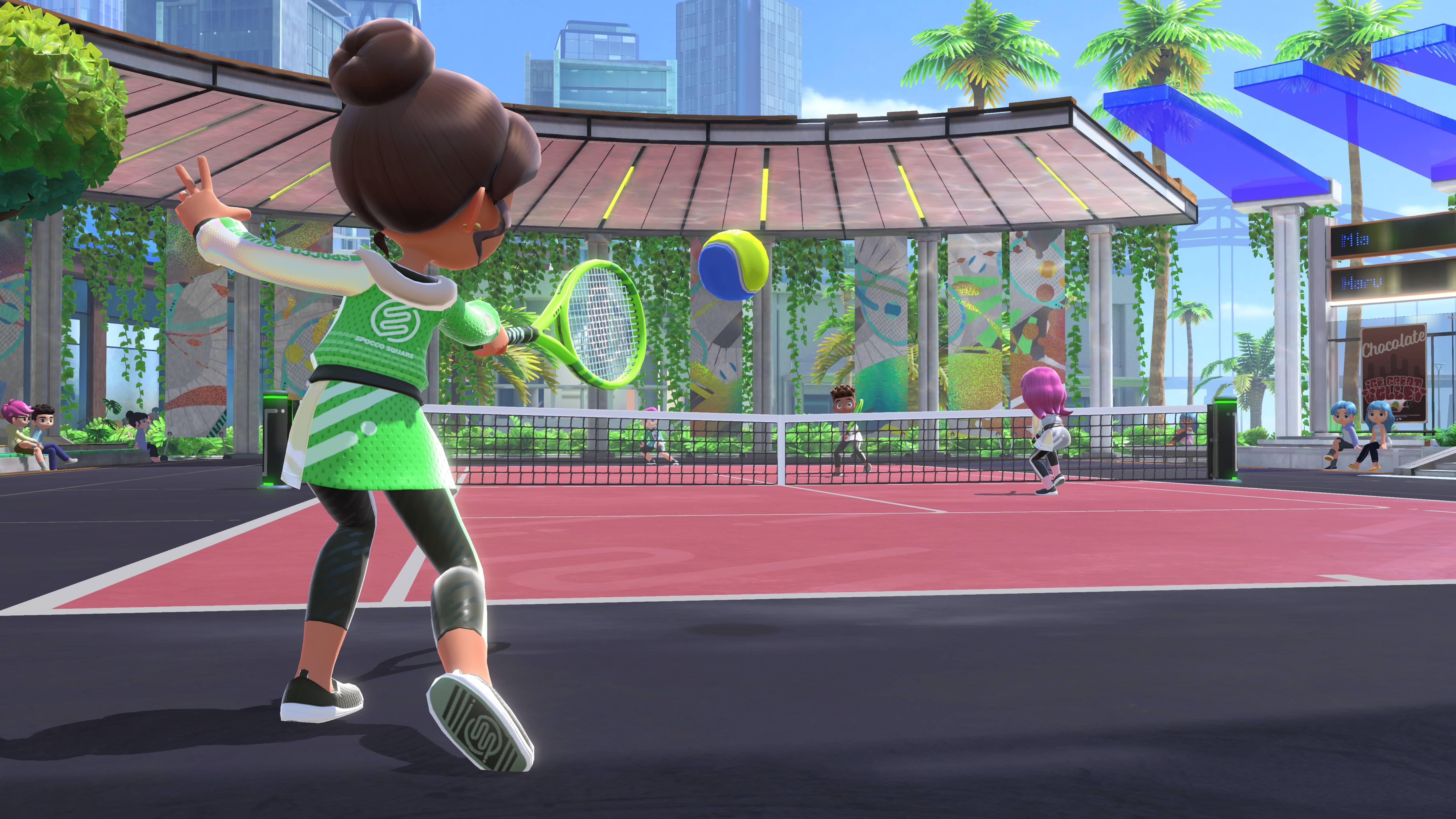 Nintendo’s best gimmick isn’t the game itself, but the fact that Switch Sports like its predecessor brings people together. In minutes, anyone can understand how to play and enjoy their time playing virtual sports. Having that universal appeal is part of Nintendo’s charm and you’ll feel that from the moment you decide to pick up a Joy-Con and play with a friend, a partner, even someone you don’t know.

For those unfamiliar with Badminton, the racquet sport plays like Tennis but with a faster pace. Your main goal is to tire your opponent and you’ll do this with the gyro motions that’ll likely tire you out. Using the full range of motion of your arm, you will need to hit the shuttlecock in a sort of reactionary playstyle. Badminton is a 1 v 1 sport and will challenge your perception — in some cases hitting too early could be your downfall while hitting the shuttlecock too late will cause it to be ripe for taking from your opponent and an easy way to score. 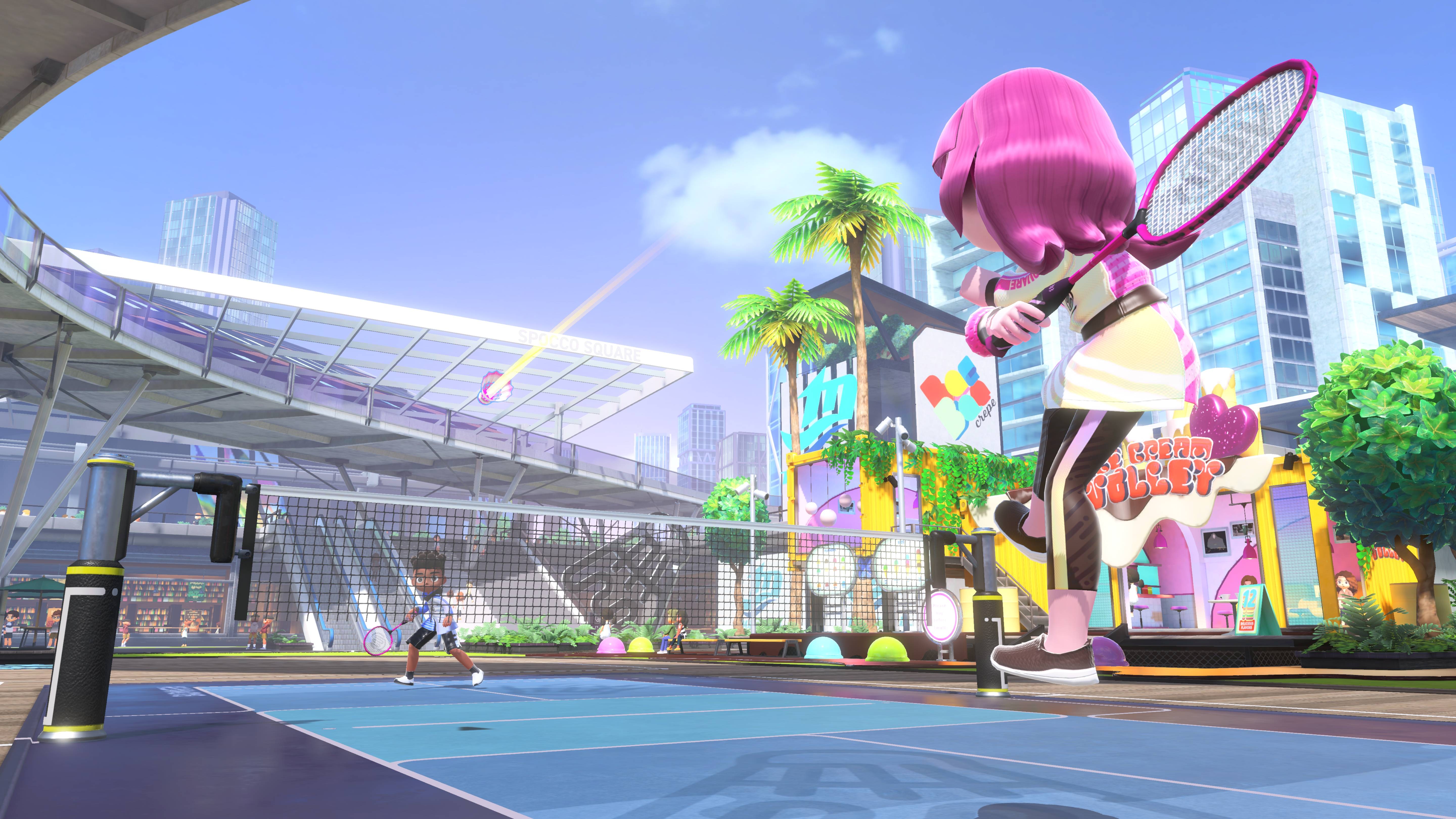 Playing Badminton felt more intimate than the other games but it is also one of my favourites of the bunch because of its high energy, high stakes gameplay. By simply upping the pacing, I felt invested in the sport and it would often pull me in more than the other sports combined ever did. It’s also a great reminder of my childhood and how my gym classes would teach us how to play Badminton amongst a sea of other games my gym teachers introduces us to.

Finally, Chambara —those who played Wii Sports Resort’s Swordplay will find familiarity with the newest sport to be added to the series. It is a fast-paced and technical sword mode that follows similar rules to Swordplay. Two players face off against each other in a ring with the main goal being to knock your opponent out of the ring. Using your arms to sword your sword you’ll be able to follow your Sportsmate as they swing and guard against incoming attacks. If you can stun your opponent with a successful strike, it’ll leave them winded and open to attacks for a brief window. 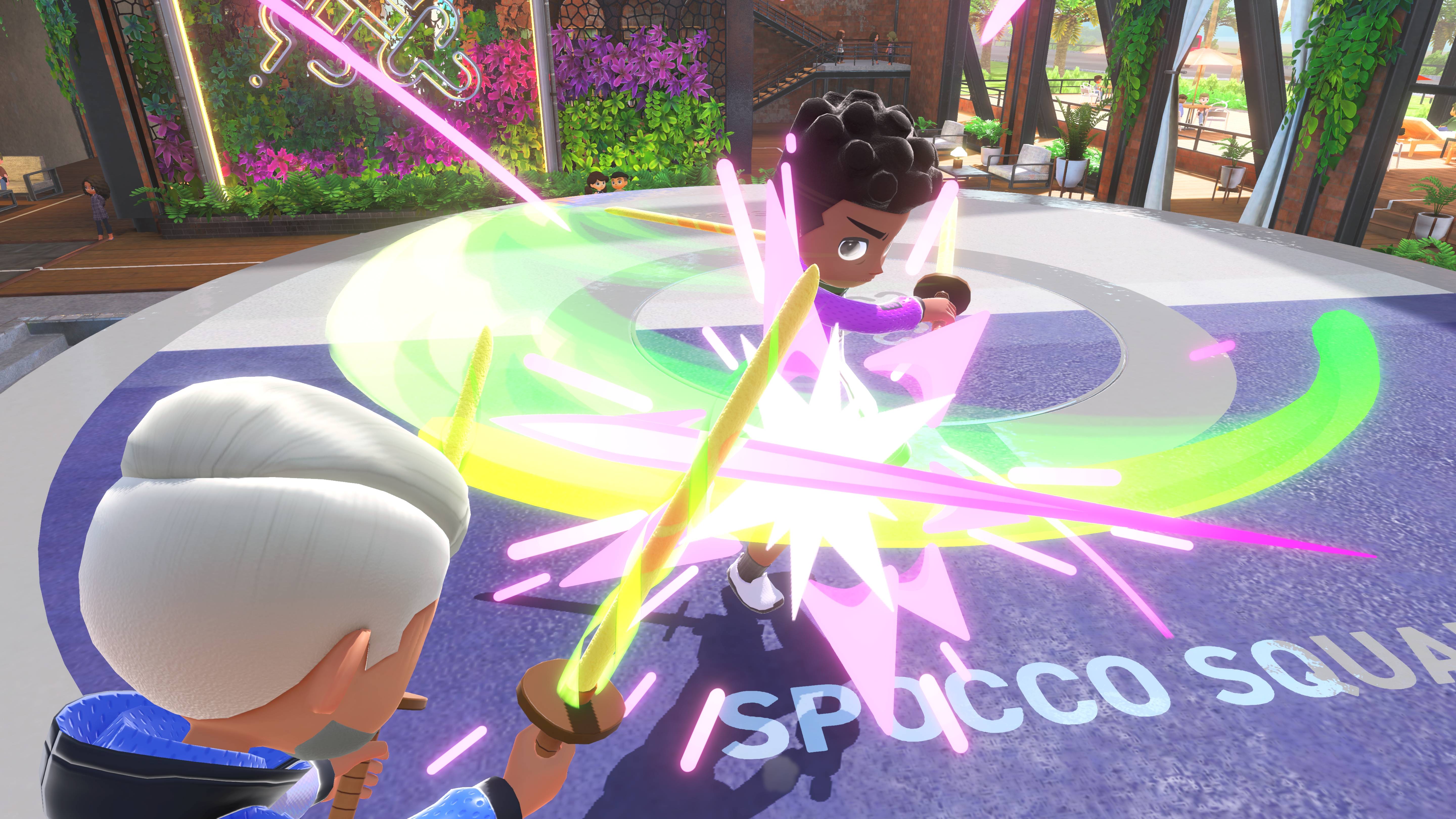 Without a doubt, Chambara is one of the most basic games of the six available in Nintendo Switch Sports but I had fun learning to time strikes, guards and counters against my opponent. There are three weapon types to choose from including a basic Sword, a Charge Sword that builds energy by guarding before unleashing Charged Strikes, and Twin Swords that give you access to a Spinning Strike. Out of the three, I felt like Llyod Irving from Tales of Symphonia when I would guard with one sword before countering with the other. 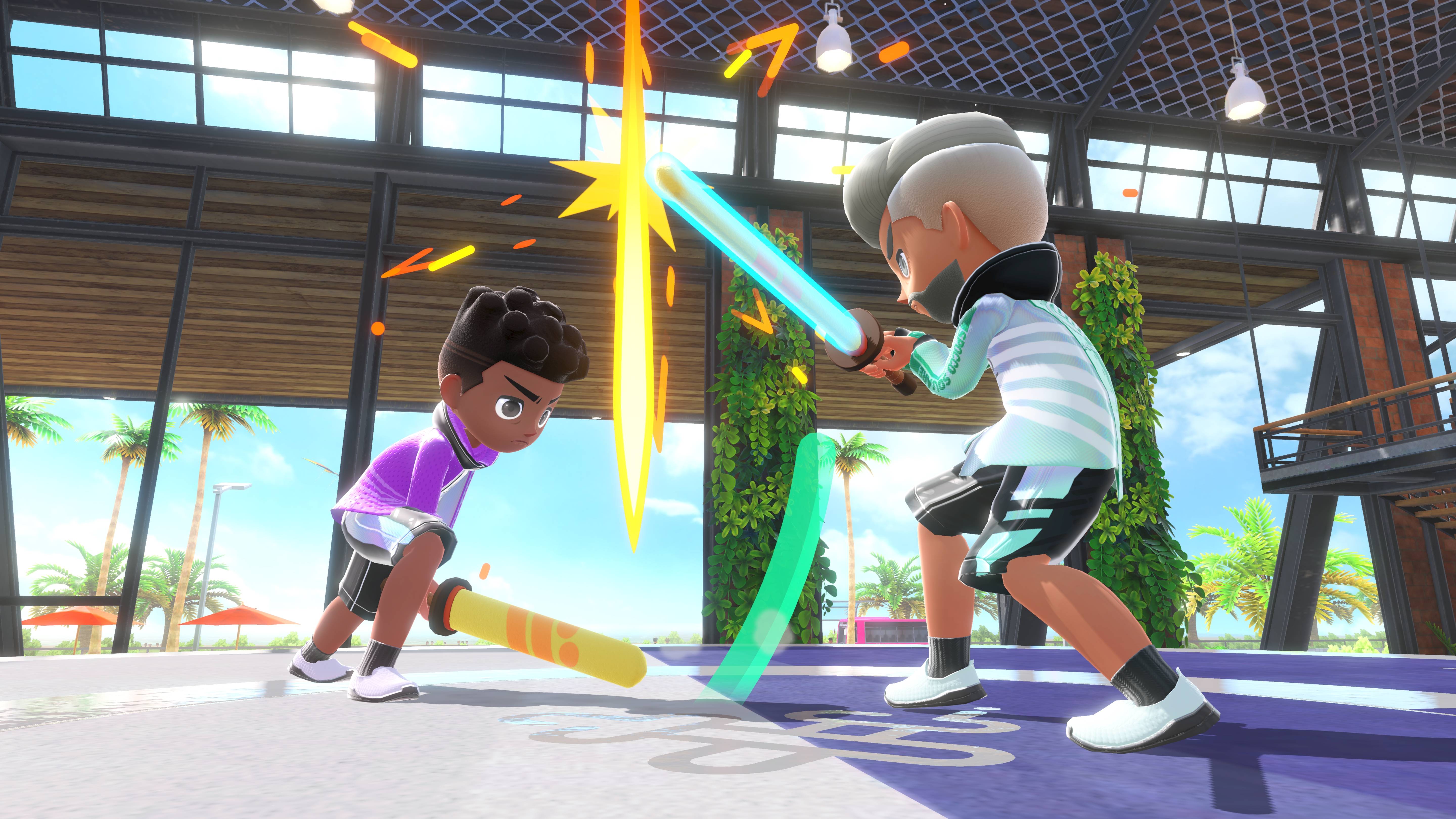 Players looking to head online with each sport being available to play with people from around the globe. Each sport has its own specialized mode like Survival Bowling — where 16 players bowl all at once, while Soccer pits 4 v 4 players to see who can score the most goals. Once you hit the threshold for each sport, you can enter the Pro Leagues (think Ranked mode) that begins at E-Rank while you work your way up to the coveted A-Rank.

You can also play online to earn points to redeem new items to wear for your Sportsmates. 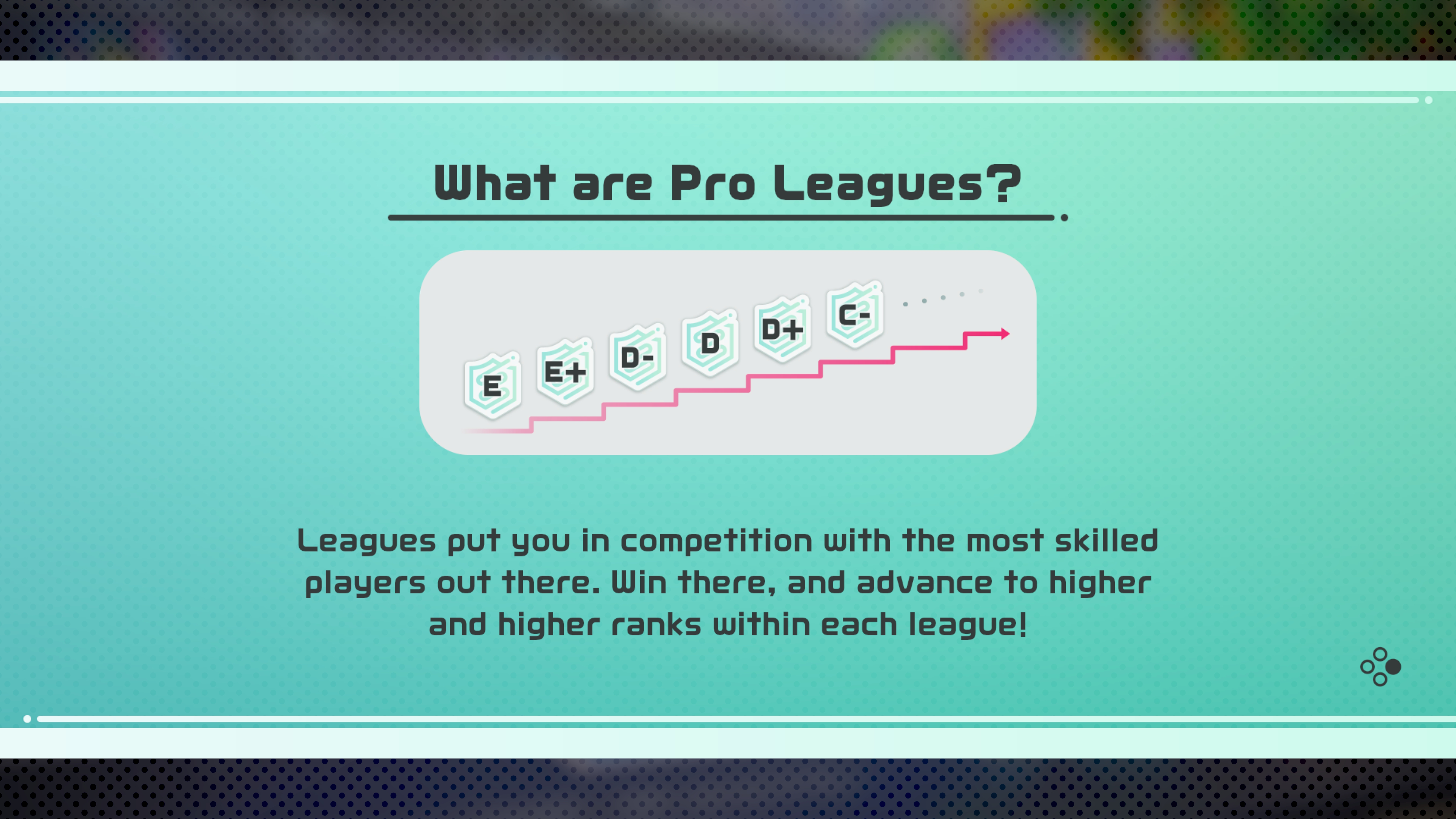 Nintendo Switch Sports offers some great moments and is an entertaining follow-up that will not only whet the appetite of Wii Sports fans but also anyone who enjoys gaming with their friends. If anything, this game is likely to usher in a new generation of video game enthusiasts and will likely be a highly popular game at family outings. Nintendo Switch Sports has built on its predecessor and added some new sports players who will find themselves getting a lot of enjoyment.

Recommended
Controls much better than Wii Sports
Badminton, Soccer, and Chambara are engaging and some of the highlights for players
The six sports in Nintendo Switch Sports are all a blast to play
Some of the sports are rather basic, not too involving
It's what you'd expect if you've played Wii Sportd
Customization items are locked to online
Related