Nintendo Labo makes a thoughtful connection to my childhood of when my parents would sometimes bring home cardboard boxes big enough to sit inside and be pushed around in. Inside that box, the possibilities my younger self-came up with and the worlds I visited invoked a sense of creativity that the newest product from Nintendo tremendously recaptures with their latest cardboard sensation, the Nintendo Labo, a new and exciting way for parents and children to collaborate and create together.

The way Nintendo designed Labo excites me for the sheer fact of how many exciting ideas can be created with the concept, and to get to this level, you’ll have to be ready to think outside the box to see the results, the idea here reminds me of Nintendo’s origins, a humble playing card company that began in 1889, leading up to the release of the Labo, things feel full-circle.

My initial reaction upon receiving the Labo Robot Kit and Variety Kit was, of course, excitement, and after borrowing (I borrowed!) some younger cousins to help me get these kits assembled, we spent the better part of a day assembling everything making sure the configurations were correct. Nintendo continues to innovate with their products invoking a besotted feeling. In so much, this is something only Nintendo could fathom, and with that in mind, this is a rewarding, engaging activity that most will brush off, but you’re missing out on something much more by doing yourself the disservice.

Out of the box there are three available ways to begin your journey with Labo, ‘Make,’ which allows you to follow on-screen prompts to build the Toy-Cons, ‘Play,’ uses the pieces included to play the bundled games made for each Toy-Con, and ‘Discover,’ shows you how to build, includes an idea board and programming abilities.

The Variety Labo Kit includes the necessary materials needed to make five Toy-Cons – The RC Car, Fishing Road, House Motorbike, and Piano with a fair amount of spare material to help realize your ideas to completion. One of the five Toy-Cons took an estimated two hours to complete and Nintendo offers estimations on how long a project can take to complete, and were surprisingly accurate when comparing the official times and my completion times.

While I haven’t been able to fully explore the wonderous software included in the Variety Pack, my younger cousins certainly got a blast out of what we were able to play together, the Robot Kit was a hit and miss as one liked it, while the other couldn’t be bothered to join us, add in some feedback issues on screen that left me wondering if it was us doing something wrong; shortly after I learned it was a known issue that was reported online, leaving us both frustrated.

Each is made primarily of cardboard. This is a bonus due to how easy it becomes to assemble and get the pieces into place, but the beauty of the design choices includes the potential ways to play. The cardboard varies in terms of quality, some pieces are much more pliable and thick enough to support what you’re doing, others feel far flimsier and readily breakable but worry not, Nintendo ensured a product that can take some abuse, however it won’t look pretty. The other thing is you’ll need to find a good location in your home to store your completed designs as some are bulky. Lastly, Nintendo also offers replacement cardboard for both kits, as well as offering using the kit to trace out spares on readily available cardboard.

The neat on-screen instructions flow at your pace and you can proceed as you complete your designs. By simply pressing the A button on your Joy-Con, you can advance the screen forward, I had my younger cousin assist help me with the design set up and she had minimal trouble understanding what the on-screen instructions were asking – this feels like Nintendo understood exactly this was made for, so seeing even young minds have no trouble advancing and creating satisfied my curiosity.

To compare these Labo designs, look no further than assembling one of the Lego builds you can purchase. Completing your first Labo is exciting as you will want to be playing with it immediately and for the most part, the games that come with the Kit are simple games, that eventually wear out their welcome. As each Toy-Con is developed with a few games to test out your creations, you’ll find something that keeps the kids entertained. A favorite with us was the piano, which if you’ve seen online, has taken YouTube by storm with what users have begun to produce and release. 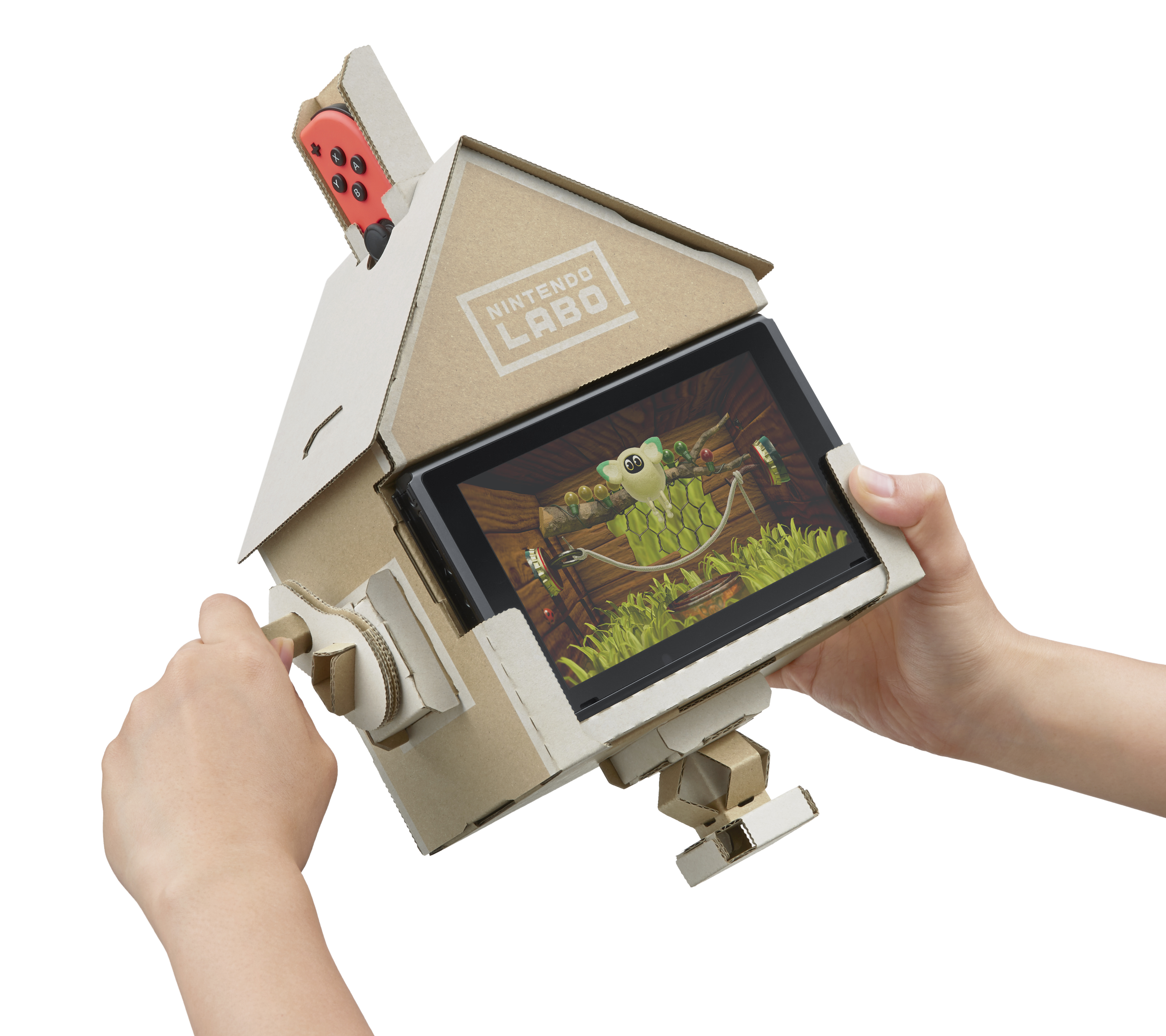 Upon the first announcement of Nintendo Labo, I wasn’t sure what to think and that’s okay because this is catered to parents and children to build things together. Not only do the various kits bring families closer, it provides the best outlet to unite them, with video games. Labo is certainly tailored for young minds, but don’t let that dissuade you from purchasing either kit, this is Nintendo ingenuity at work and as we’ve seen with every generation of the console before, you can’t find an experience like this from any other company. From building, learning, and exploring all that Labo has to offer, and at an acceptable price point, if this is the beginning of something new for the Switch, I can’t wait to see what the company has in mind with future kits to purchase.