It’s been a while since we’ve gotten a proper Ninja Gaiden game, but fans have an opportunity to re-experience the modern trilogy once again on current generation consoles with the Ninja Gaiden: Master Collection.

Something worth noting is that the versions in the Ninja Gaiden: Master Collection, do not include the originally released games. What you do get are upscaled ports of Ninja Gaiden Sigma, Ninja Gaiden Sigma 2 and Ninja Gaiden 3: Razor’s Edge.  The reason behind this decision is that only fragments of the originals remained and were not salvageable, so that’s why you’re getting the Sigma versions.

Unlike its past generation counterparts, the Ninja Gaiden: Master Collection plays upwards of 4K resolution and 60 FPS on PC, PS4 Pro, PS5, Xbox One X and Xbox Series X|S. The Nintendo Switch version meanwhile plays at a 720p resolution (both in handheld and docked mode) at 60 FPS). The games play much faster than the 30 FPS versions on PS3. 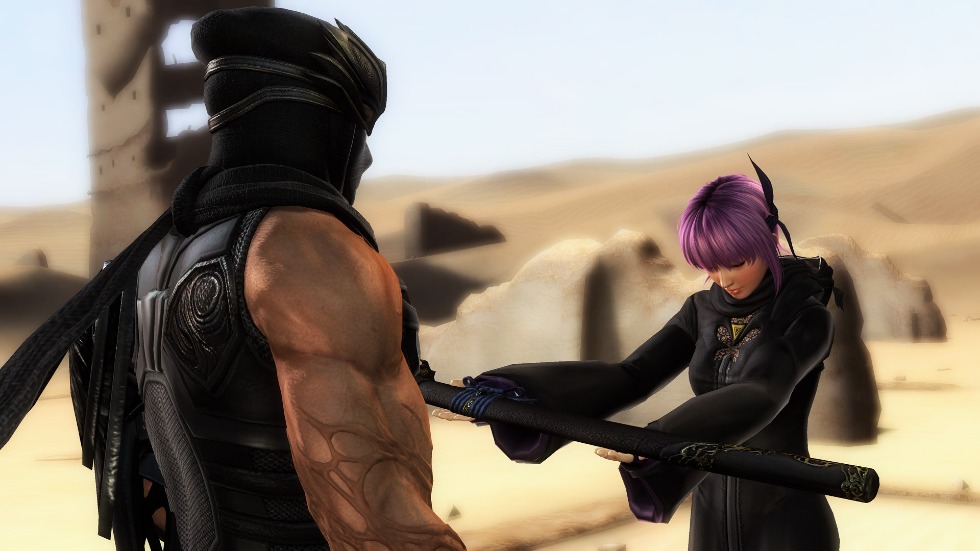 In a world of so many remasters and ports, what purpose does the master collection serve? That is honestly a question I asked myself while playing through the trilogy of games. While from one perspective, putting these three games together feels like some kind of cash-in but Koei Temco could have put out the Ninja Gaiden: Master Collection years ago, so why now? I think for the developers it’s honestly to gauge interest for the franchise as a whole for both current fans while trying to hook in new fans for a possible Ninja Gaiden 4. 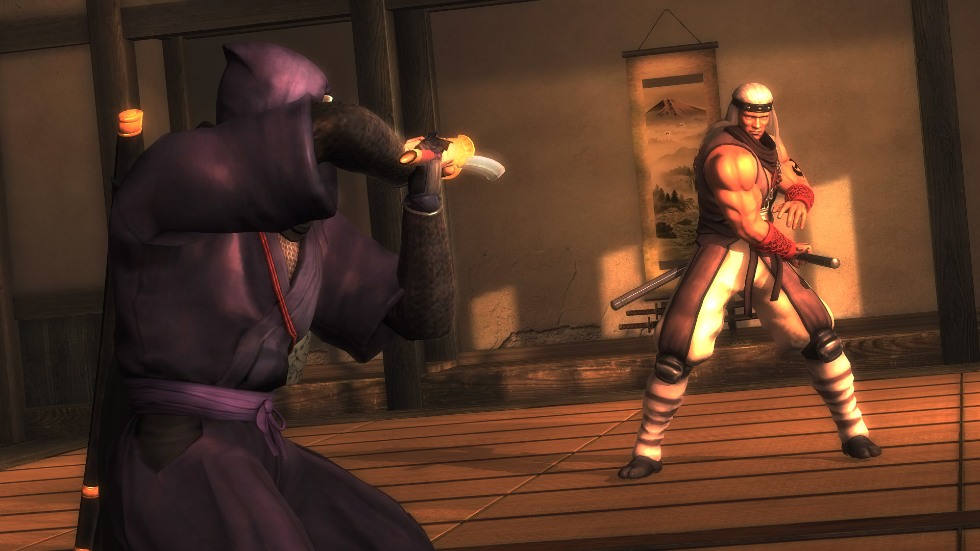 For anyone unfamiliar with the game and the series, you are put into the shoes of Ryu Hayabusa, a master ninja and heir to the Hayabusa clan. He holds the Dragon Sword, a divine sword entrusted to him by his father who had gone off to train. Ryu accepted a special training invitation from his uncle, Murai at his Shadow Ninja fortress where he is assaulted by his incle’s shadow ninjas.

After making his way to his uncle and beating him in combat, Ayane storms in and tells him that the Hayabusa village is being invaded by mysterious samurai warriors. Ryu rushes back home and fights the invading force, he finds out the reason behind the attack is the dragon sword’s sister blade, the Dark Dragon Blade. 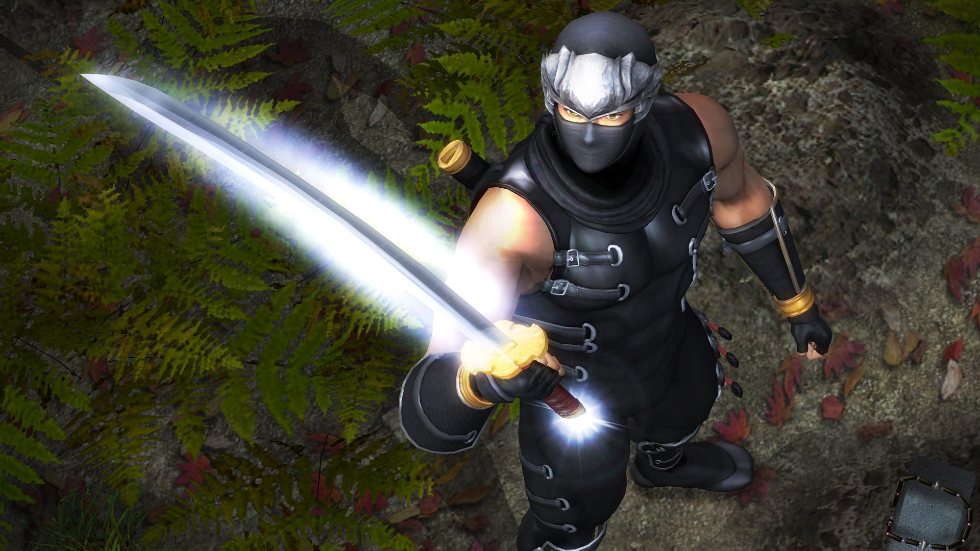 It has been under guard by the Hayabusa Clan for generations and is stolen by Doku, the lord of greater fiends and the main antagonist of the game. Throughout his conquest, many Hayabusa Villagers were murdered including Ryu’s childhood friend, Kureha. Ryu faces off with Doku but was quickly defeated and seemingly murdered but Ryu survived. That’s where the first Ninja Gaiden game starts.

Visually, the game just looks like a PS3 game with gameplay that honestly feels pretty good to play when the camera doesn’t get in the way of combat. The game features plenty of new content compared to past iteration like new enemies, locations, cut scenes and scenarios.

One other cool addition to the game is to play as Rachel, a fiend hunter that Ryu meets. In the game, she just shows up, but getting to play as her, you get more context of the story and clear up things that weren’t covered in the original game. The story is still a little out there but the added content brings more to the narrative I’m kind of here for. 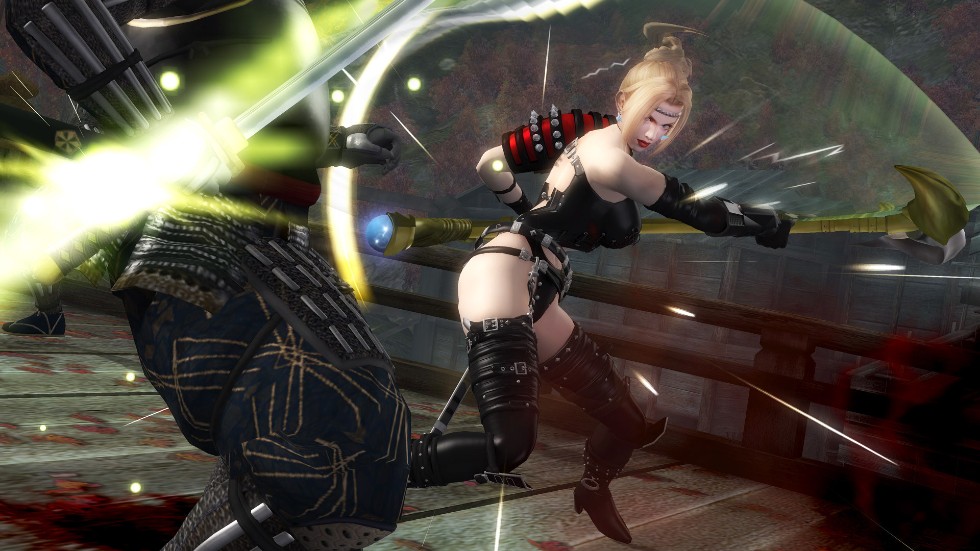 While Ryu plays fast, Rachael is a little slower and plays more like a tank so she can take hits and dish them out too. Playing as Rachel feels like a chore when fighting faster enemies, when you switch back to playing Ryu it feels much more enjoyable. That’s not only criticism of the game, as previously mentioned the camera is still bad when you are in confined rooms in the game. The collection isn’t limited to Rachael, as you can play Ayane, Kasumi and Momoji in the later games.

It was good to dive back into Ninja Gaiden Sigma but it was really evident that the enhanced version of a 2004 game really showed its age during my time with it. Meanwhile, the other games in the Ninja Gaiden: Master Collection are two games I’ve never played, both look and play great. You can really see the veins popping in Ryu’s massive guns for arms, it’s almost distracting. 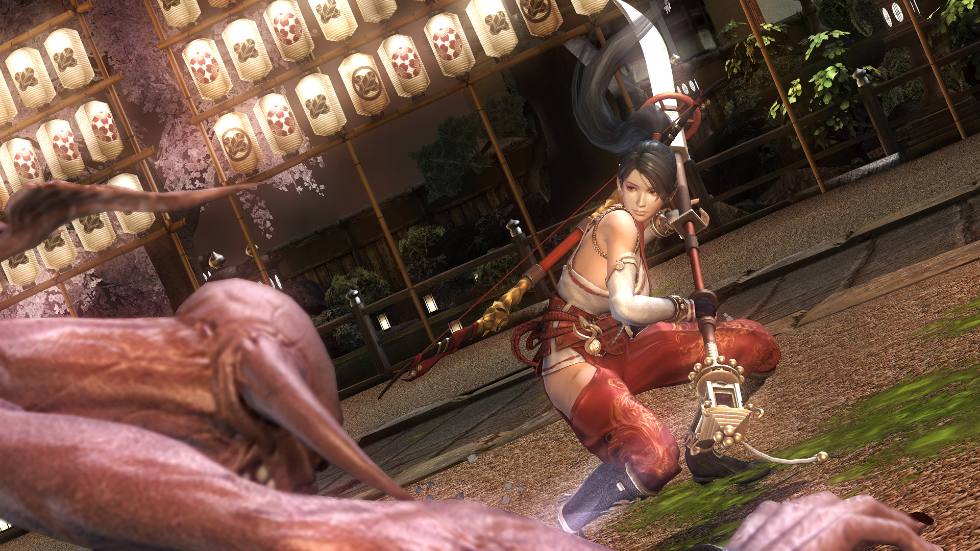 I think the quality of both games and their enhanced looks for modern consoles is contributed to the base game of Ninja Gaiden 2 and 3 being developed on seventh-generation console hardware, unlike Ninja Gaiden. When it comes to the original releases, screen tearing was an issue that players experiencing but for the Master Collection, I personally did not experience that issue during my playthrough of the game.

Getting into Ninja Gaiden Sigma 2 which was my first time playing through both titles. The combat feels honestly more refined and more fun to get into. It feels more inspired by Devil May Cry‘s combat this time around with new weapons introduction being introduced earlier in the game. Considering the game was made with HD consoles in mind, the enhancements look much better compared to the first game in the collection. 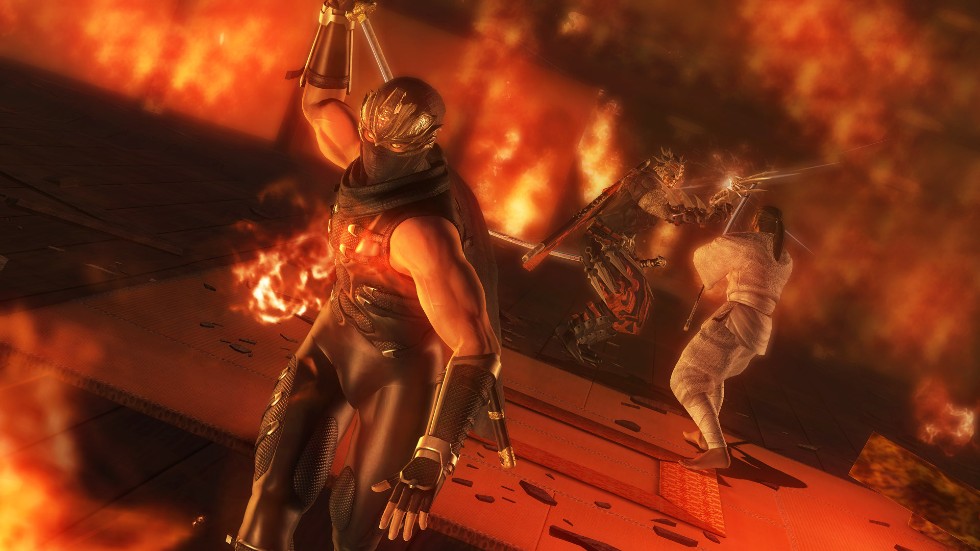 I won’t dive too deep into the story but Ryu Hayabusa’s story continues as he goes through the motions as hundreds of enemies thirst for ninja blood and try to kill our hero. The story takes place one year after Ninja Gaiden Sigma, CIA Agent, Sonia goes to Muramasa’s store located in Tokyo to find the whereabouts of Ryu Hayabusa. Her reason has to do with the fiends trying to resurrect the Archfiend.

Sigma 2 is an overall more satisfying game to play, my favourite weapon to use was the lunar staff as it made me feel like I knew what I was doing as I went from hoards of enemies to the next. The game feels like a step above the first game.

Ninja Gaiden 3: Razor’s Edge is the last in the collection and probably the bloodiest in the trilogy. The game features dismemberment and decapitation, so you cut off limbs and the heads of your enemies which wasn’t in the original Ninja Gaiden 3. Razor’s Edge is Ninja Gaiden 3‘s Snyder Cut, it’s revered as the best version of the game and was a Wii U launch title.

Somehow Team Ninja made this game feel faster in the third instalment with enemies coming at the player more aggressively. This is a game you’re honestly going to multiple times. Timing, blocking, countering attacks and combos are the things the players will need to learn to just stay alive in the game. The game also features a currency system that can be redeemed in a skill tree, by doing so Ryu can learn new techniques, level up his weapons and overall upgrades.

I would say that the second and third entries of the Ninja Gaiden: Master Collection was honestly my favourite games to play, which were my first time through. If you’re a fan of Ninja Gaiden or have never touched the modern trilogy then I think you might get a lot out of the trilogy. Also, it’s a banger of a deal as the collection is a budgeted game release at $40 or $50 for around 30 hours or more of content across all three games. 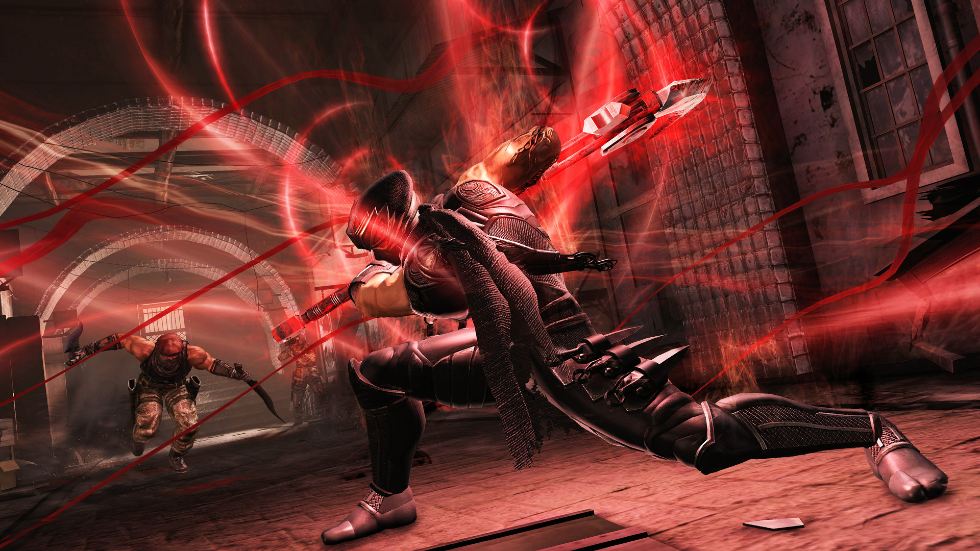 My hope for the Ninja Gaiden: Master Collection is for it to do well so Team Ninja can finally take up the task of developing a possible Ninja Gaiden 4. A post-Nioh Team Ninja taking up that project sounds like my type of game. Although if it were to happen, it wouldn’t be Team Ninja’s next project as the developer is rumoured to be working on a Soulborne inspired Final Fantasy spinoff title.

Overall the whole collection showcases that Team Ninja was on top of its game while making this trilogy over a decade ago. While these games are still fun to play, this collection doesn’t feel like it either attempts or does enough to fix the problems of its past. That is mostly a complaint on Ninja Gaiden Sigma, which feels the most dated at times

Ninja Gaiden: Master Collection doesn’t get a Mass Effect: Legendary Edition treatment but feels like a straight-up port of games that hold up in certain aspects with others holding it back. It’s still a fun ride but be warned this ride can get a little bumpy for these enhanced versions of seventh generational games.