My first experience with NHL video games dates back to 1992-’93 when my parents bought me a copy of NHLPA ’93 for the Super Nintendo. From then on, whether it be on the PC or consoles, I owned a copy of each iteration until 2015. I’ve seen these games go from sim to arcade-like, back to sim, and a mix of both. Depending on what mode you’re playing in NHL 23, you’ll also get a taste of that. There is a ton of content to play once again, and with some gameplay tweaks along the way, this is one of the best entries in this series.

Time to Lace Up

One of the biggest selling points in EA Sports’ campaign this year, is the introduction of pro female players (FINALLY!). The ladies come from teams all over the world and are headlined by Canadian star Sarah Nurse. Not only is she a darn good player in the game (and in real life), but she dawns the cover with Trevor Zagras from the Anaheim Ducks. It’s the first time this has happened in an NHL game. 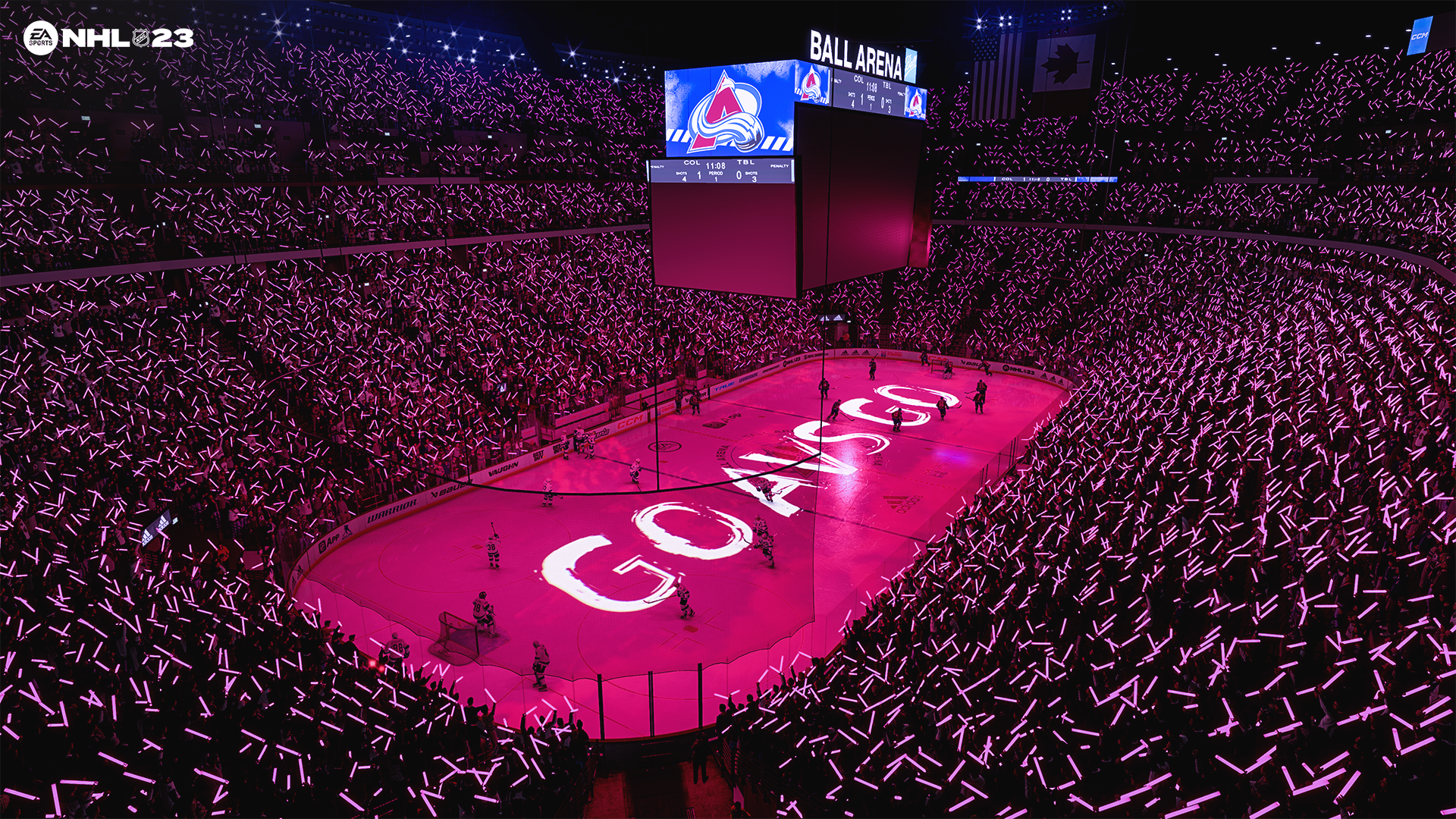 Once the game starts up you’ll have some familiar customization options for difficulty, sound and gameplay settings. I’ve always found this to be a great idea, having all of this upfront. Of course, you can go in and change this at any time. Accessibility is hit-and-miss in NHL 23, but it’s improving with each year.

There are a TON of game modes at your disposal, it’s overwhelming. In one way that may take focus away from your favourite on the long list, but in another light, it shows just how robust NHL ’23 is and how it can be tailored to so many play styles.

NHL ’23 feels great to play. It’s been bogged down in the past with too many ways to cheat the game and manipulate the CPU, especially the goaltenders. Thankfully, AI improvements and overall system tweaks have prevented most of that. The goaltenders are far more responsive and have a larger set of moves in their tool belts to stop you or your opponent.

Puck control feels far more realistic, without feeling frustrating. In the past, it’s been either too easy or far too difficult to complete passes with precision and most of the time it feels like the developers have found a happy medium. It’s not perfect, but it’s improved. 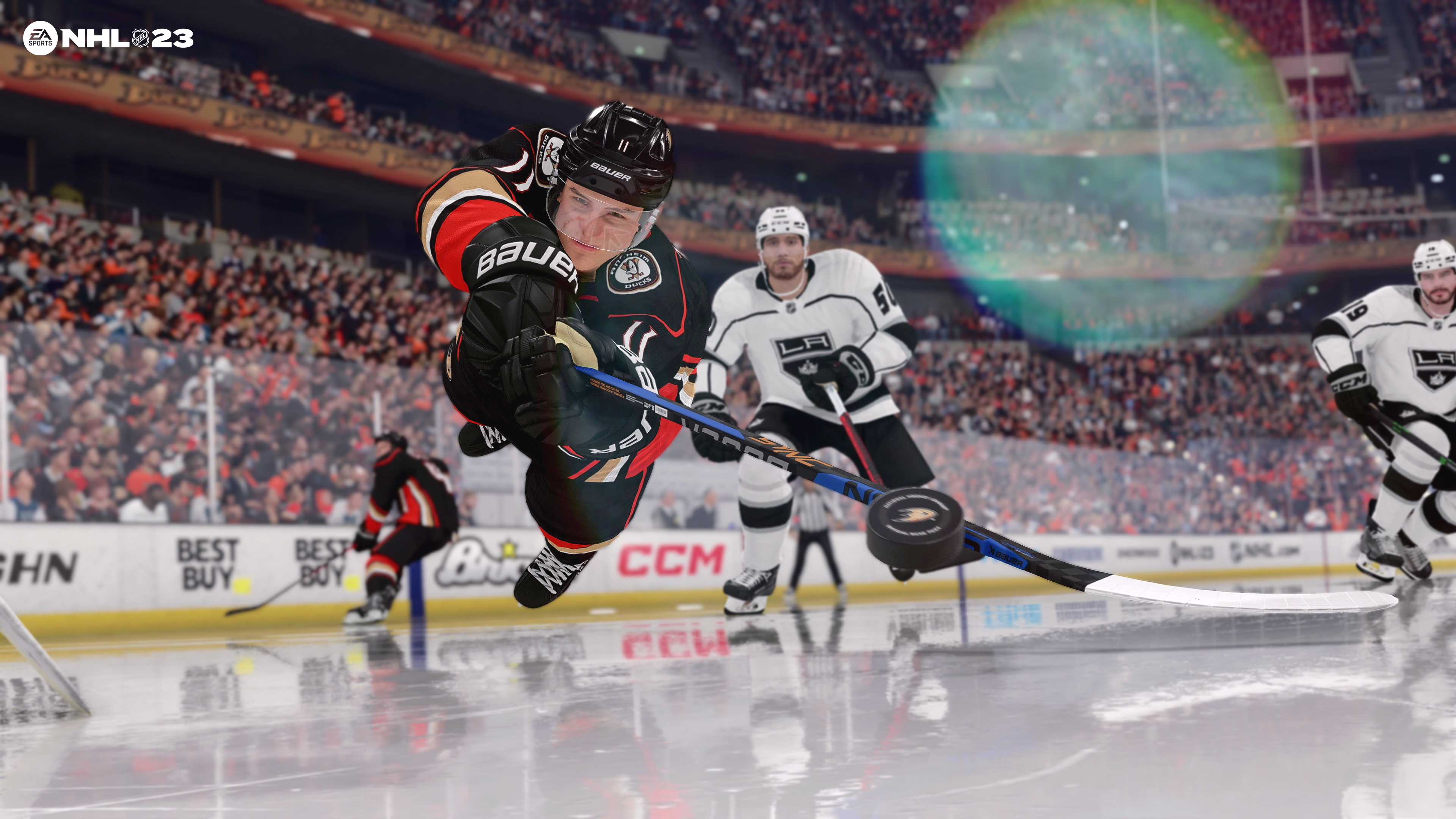 X-Factors are back as well. These are fun and interesting ways for mid-to-top-level pros to have game-breaking or winning abilities. Players can either have a bigger burst of speed, stick handle or deke with more precision, or have great wrist or slap shots. Most of the time there were enough opposing players with X-Factors that things felt balanced, but every so often a team would be STACKED and the game got out of hand quickly. That mostly happened in online modes (I’ll get to that in a moment).

Sadly though, there are no Might Ducks-style moves like a knuckle puck or lasso to “rope” your opponents (new mode for NHL 24 please!?).

I spent most of my time in Franchise and Be A Pro Mode; two that have been available for years. The franchise has always been my go-to. This time it’s even more fun as you can create a league of 40 teams and add retro 80s and 90s teams and players, or women’s teams from around the world; so that’s exactly what I did. Oh, and I also did a fantasy draft. For hockey fans out there, my top line was Johnny Gaudreau, Marie-Philip Poulin, and Lanny McDonald. 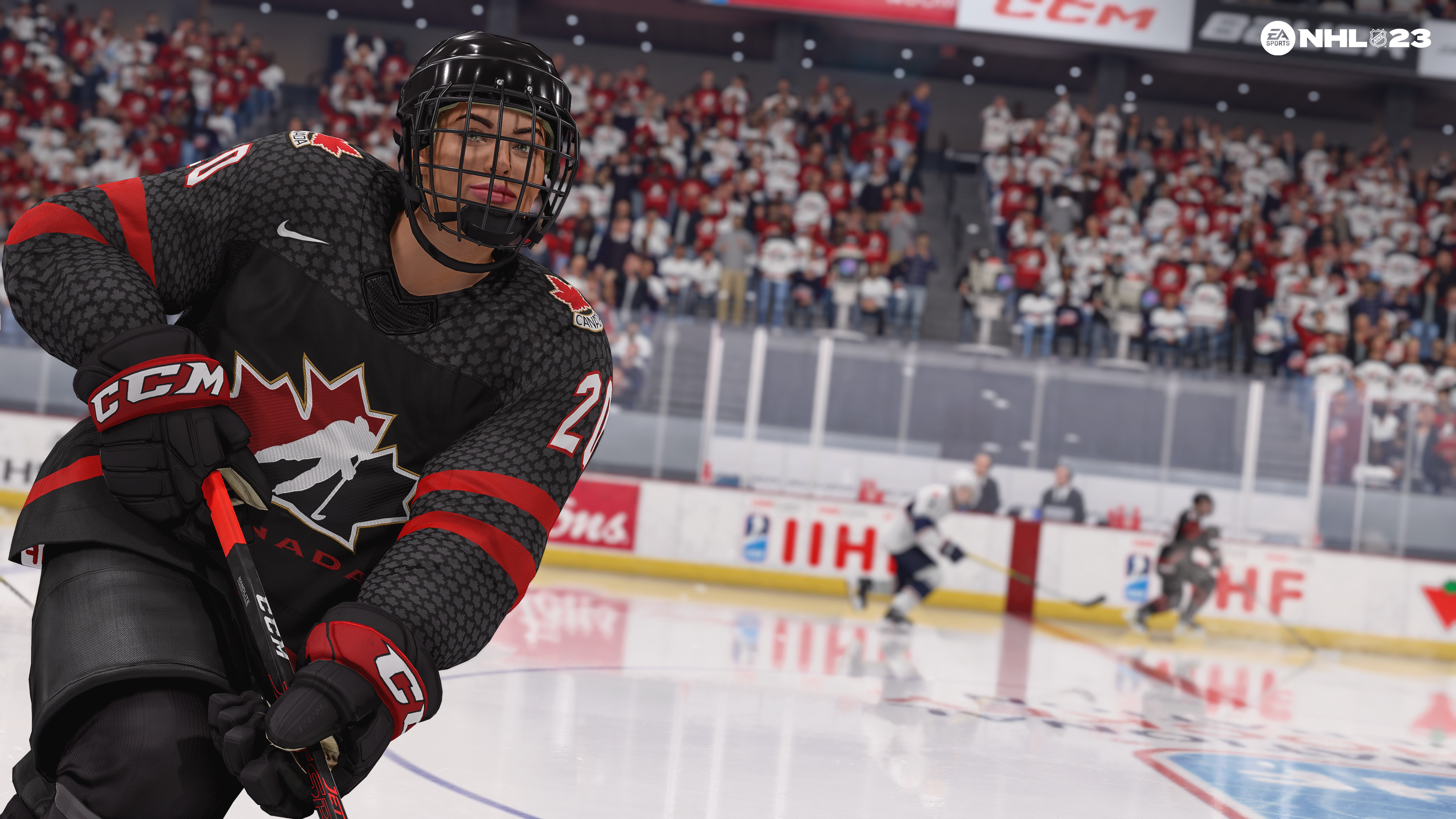 I played several hours there, tweaking my NHL stadium, managing trade offers, and doing my best to win games and meet owner expectations. Then, I moved on to Be A Pro. Here’s where things were fairly hit-and-miss for me. The game plays well, but I found the stop-and-go nature of each game and the in-between menu system and interactions bogged things down. It’s still fun and has a lot to offer, but it didn’t hook me.

Hockey Ultimate Team (HUT) is the ongoing, card-collecting, money-grabbing mode in NHL 23 and has been for years now. FIFA fans will be familiar with the idea, as this tradable/collectable card game turns into a major loot box type of system. I have to say, as fun as the game is to play this year, this system is grating on me. I know some may enjoy the customization, randomization, and crazy combos of teams and players; but I’m over it. It’s one of the main reasons I stopped playing the games consistently. I’m not going to spend any money on opening new packs, so I immediately felt underpowered (plus, I’m not that good at these games anymore). So I spent far more time offline than I did online. 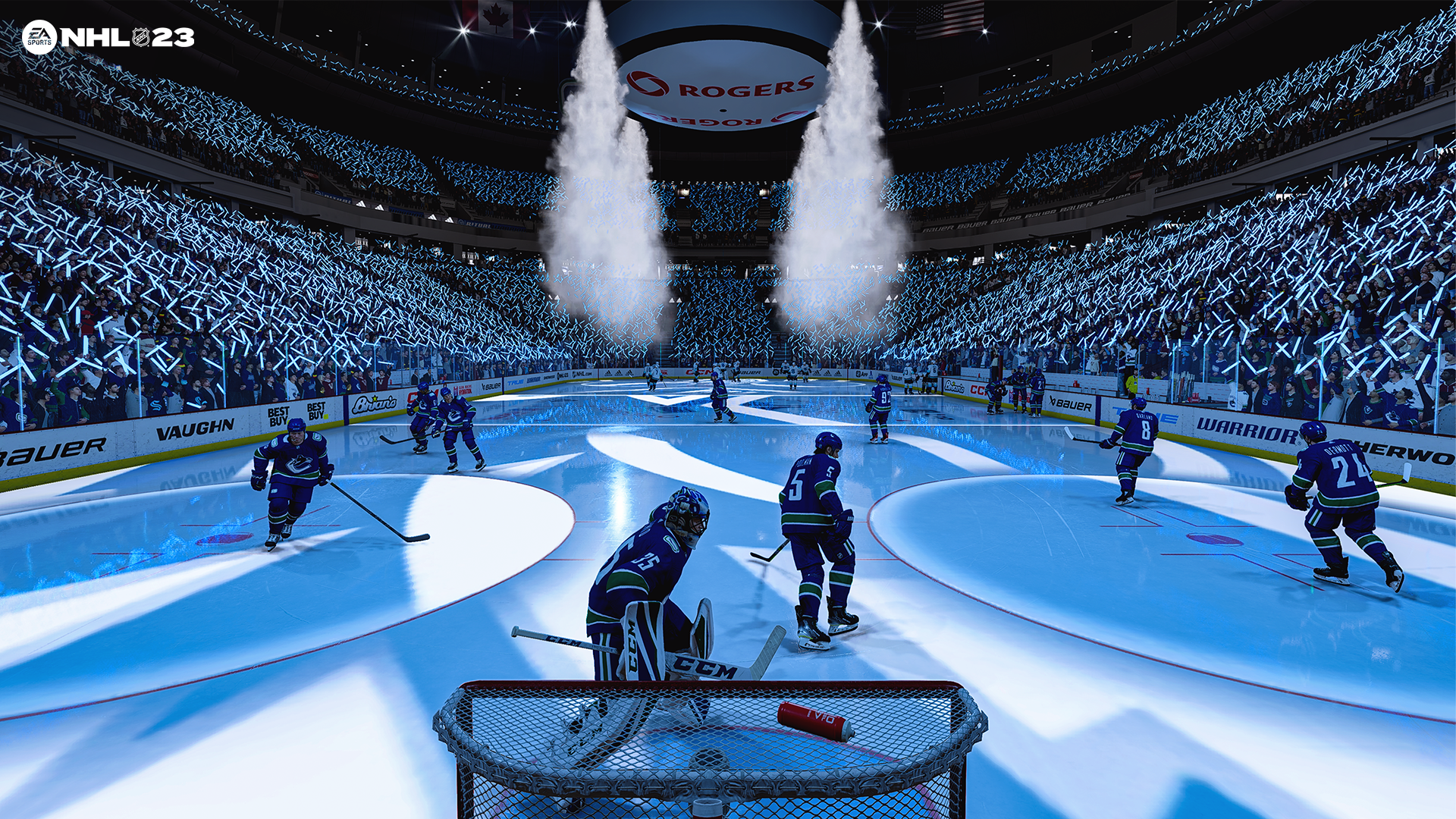 NHL 23 looks great. At least on the ice. When the game is moving at full speed, it’s easy to follow, and the on-ice sound effects are top-notch. Like with any sports title, the announcing team is great at first but eventually becomes grating. I can only really hear the same banter 3 times before it begins to drive me little nuts. 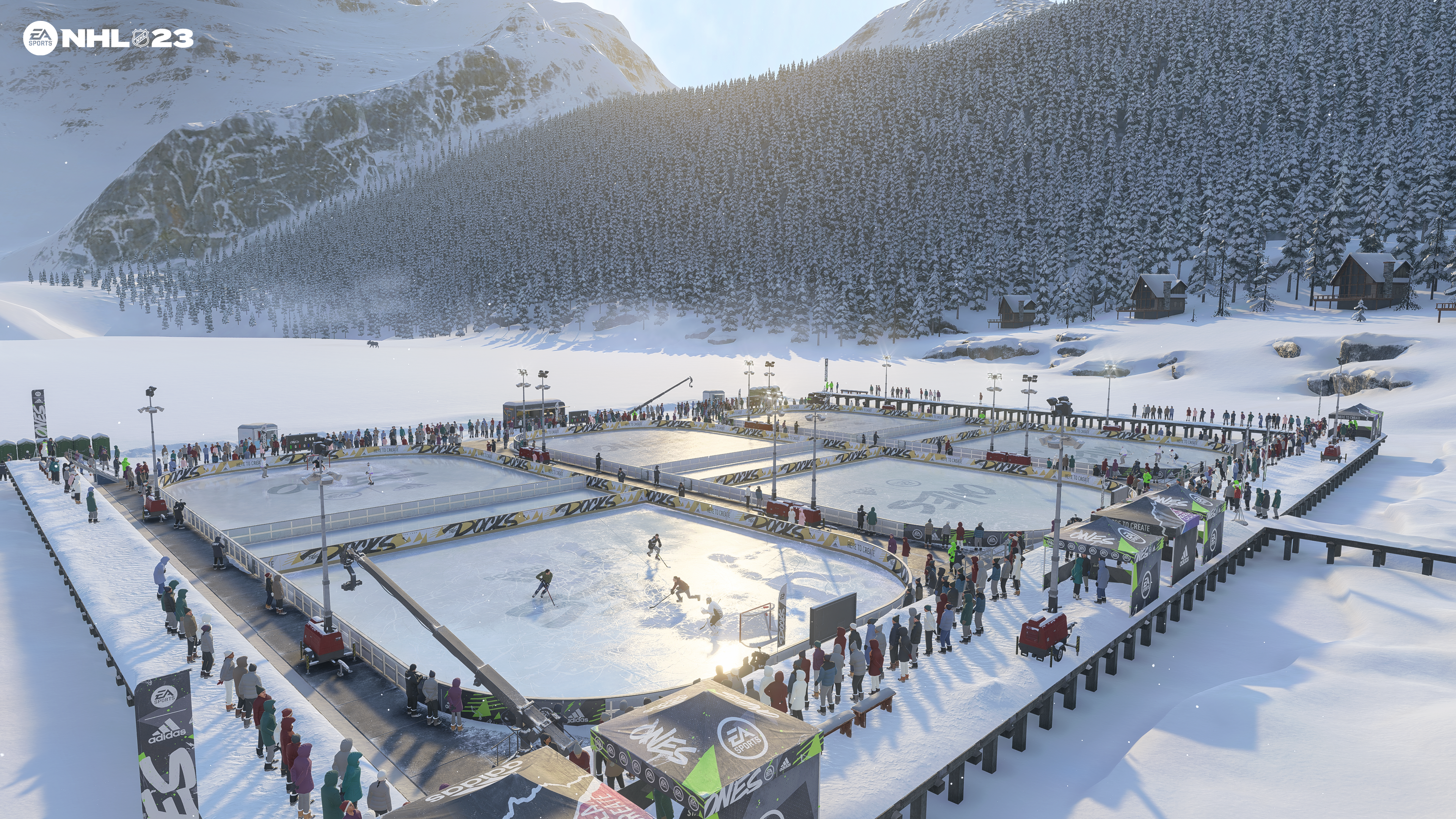 The off-the-ice presentation is decent, but some of the menus are bogged down by the seemingly infinite options available to you as a player or manager of a team. Sure, there is a whole whack of things to do, but I found myself thinking “ah screw it, I’ll get to that after this game I can’t be bothered to go into that menu right now.”

Despite a whacky online system in HUT and some not-so-easy-to-use menus, NHL 23 is a great game. If you’re a veteran of the series, the gameplay tweaks could be enough for you, but I think if you haven’t played many (or any) of these games over the last 5-7 years, you’re in for a treat. NHL 23 shines where it’s most important, on the ice.