Fans of the EA Sports hockey franchise, NHL 22 has arrived on the PlayStation 4, PlayStation 5, Xbox One and Xbox Series X|S consoles. So I took the opportunity to look at this new title to see what’s new and, above all, to discuss the use of the Frostbite engine, the one used for games like Battlefield, Madden NFL, FIFA, Need for Speed ​​and Star Wars Battlefront. Add to that the addition of Superstar X-Factor skills to the game, an announcement that many fans liked.

The addition of the Superstar X-Factor is truly a big plus in NHL 22 and it was time to see it come on our favourite hockey game, knowing Madden NFL had been incorporating it for several years already. For those who don’t know what the Superstar X-Factor system is, it’s actually a new skill system that makes a star seem like a star in the game. It’s a nice competitive layer to play based on different classes.

What about the mechanics of the game?

A first for the series — NHL 22 has finally moved to Frostbite, the in-house game engine used at EA for many of the publisher’s video games. EA says this year’s switch to a new game engine makes things feel much more real with player models being overhauled, better spatial awareness, and better animations all around. Although it is impossible to completely simulate reality in a video game, the game nevertheless offers an almost irreproachable quality from a visual point of view and in terms of game mechanics. Moreover, the ice displays superb reflections and each skate really seems to crack this one at full speed. 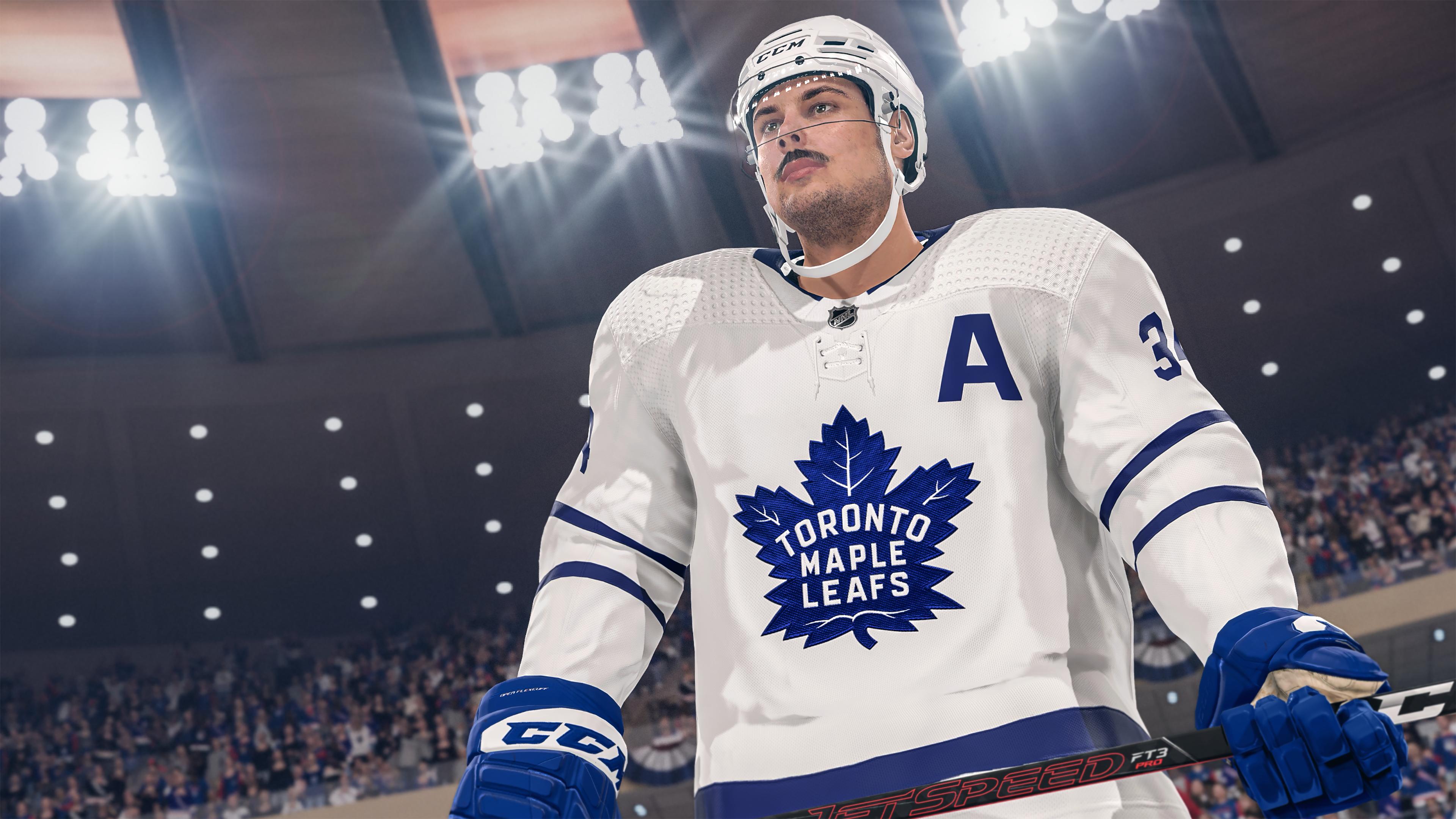 While the primary context of the game is to skate, tackle, steal pucks and all the complete physics that go along with it, the game has had some nice noticeable modernizations this year. A major point was at the level of “poke-checks” since in the previous iterations of the game, we always had the fear of hearing the whistle of the referee and being awarded two minutes for tripping or two minutes for hooking.

In terms of other improvements, it becomes more and more difficult to distinguish what has been done and what is not. Each year, it’s mostly minor changes that improve the new game but that we could just as easily have placed in an update to a previous version of the game. That said, the improvements to the artificial intelligence of the defence as well as the goalkeeper set up in NHL 21 still feel just as good, if not better, in the current version. 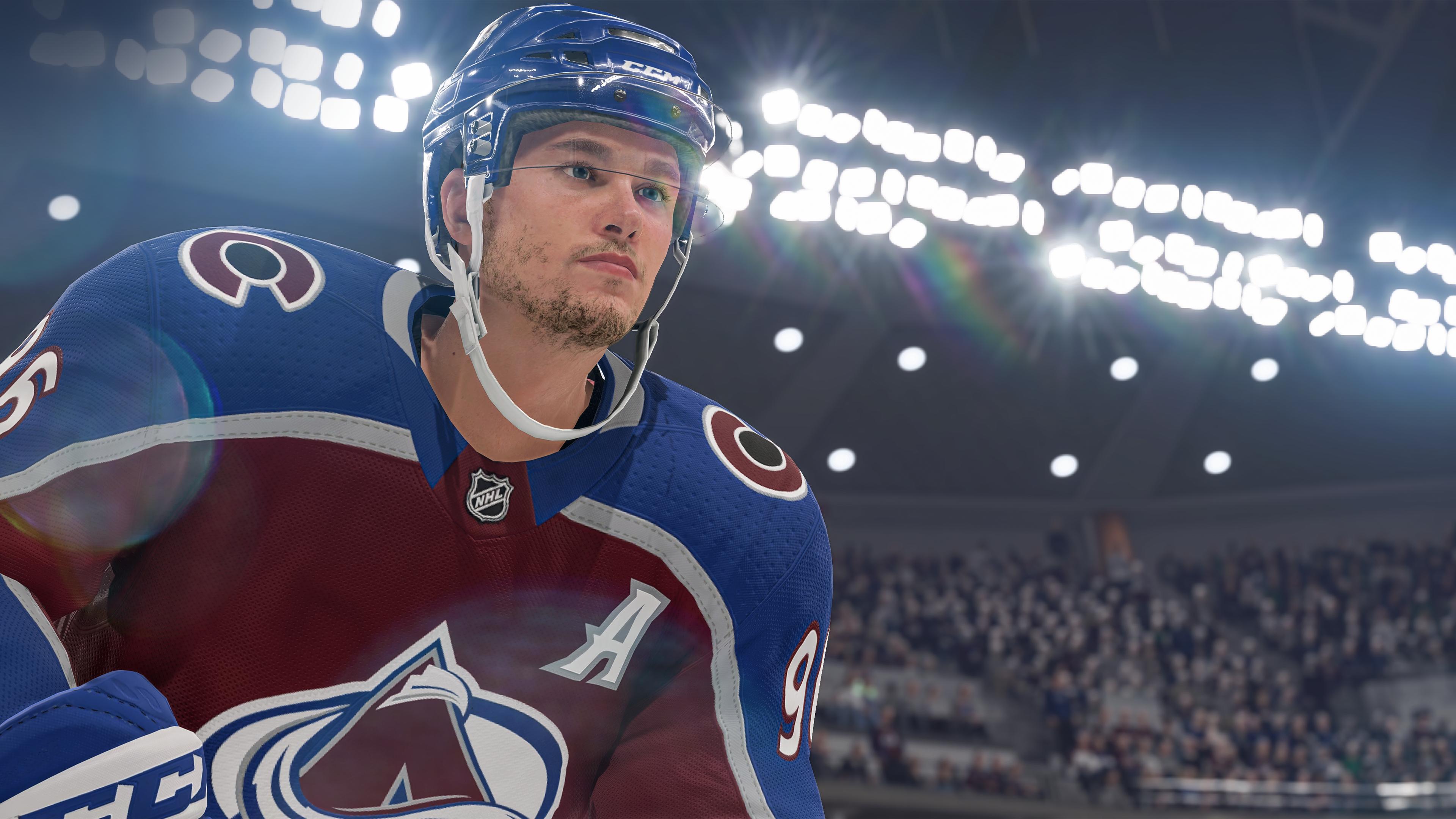 For PlayStation 5 players, the DualSense will give you, once again, an extra treat to enhance your gaming experience. Goal sirens, player calls, whistles, music and more will come out of your controller speaker, without forgetting the vibrations with each stroke of the skate. Once again, this controller knows how to adapt to any environment when the developer puts their heart into it!

NHL 22 Has Similar Gameplay to its Predecessor

While NHL 22 offers a visually prettier and easier-to-navigate menu system, it is still not easy to use or intuitive. Too often we have to turn from page to page to find what we were looking for. Besides, if you’re like me and the top camera isn’t your thing, you might experience some frustrating moments when it comes time to change the camera’s angle of view. As if that weren’t enough, once you’ve made the change you have to go back in part to see if it’s okay with you and then go back to the menu to make your final adjustments. 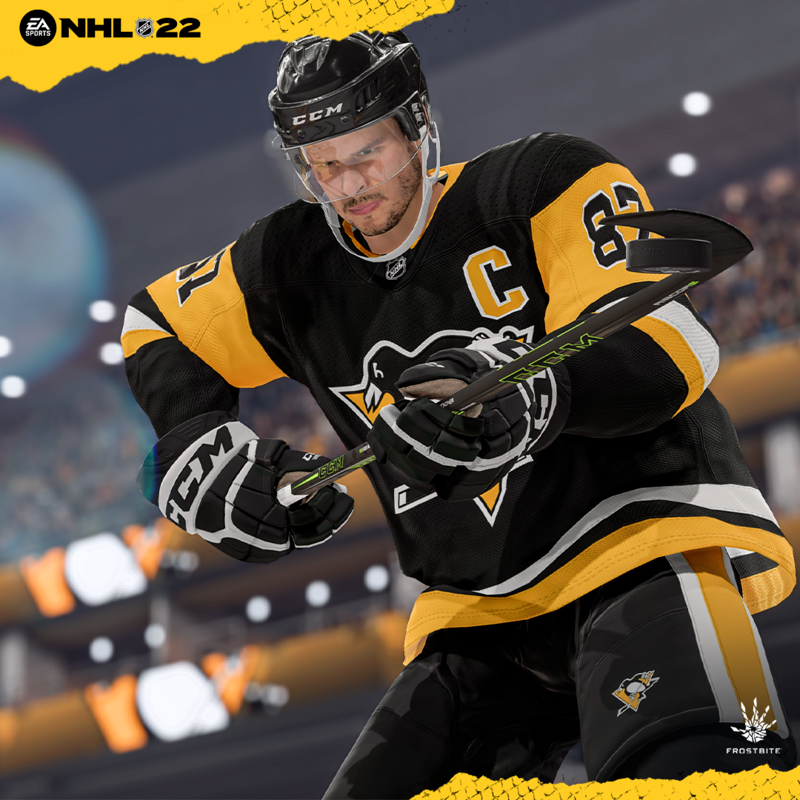 That said, the fact that the playability on the ice is similar to its predecessor is not a bad thing. It just means the folks at EA Sports have gotten to the stage of optimizing the game and not having to change everything much to the chagrin of pro or avid gamers. So these are comfortable and familiar controls that you will be introduced to and EA Sports has made it clear that changing four quarters for a dollar is not a good idea.

Despite the absence of major changes to the game mechanics, one thing that has been significantly improved is the presentation of the game. With the addition of augmented reality which displays the key information of the game in the inking of the ice, behind players on the penalty bench or whatever is around us, we definitely feel that the experience of the game is placed in the ambience and the way this is done is really awesome. 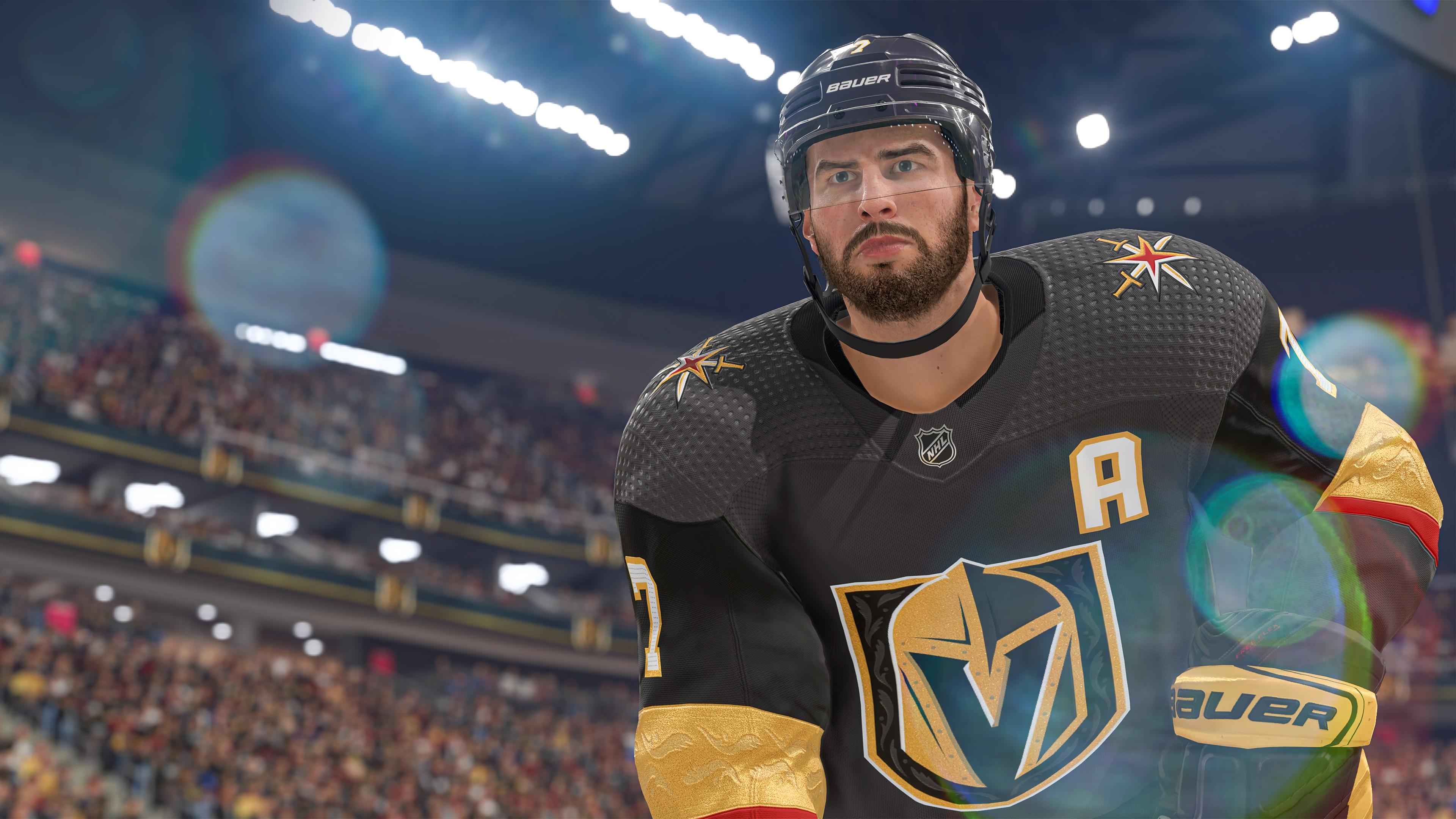 With the Frostbite engine, the improvements noted also affect the environment and how it reacts to dynamic light, player uniforms, shading effects and even eye animations. Although players’ faces are still a work in progress despite the remodelling of over 100 generic players and models, it is especially in the area of ​​facial expressions that the problem persists. Otherwise, the visual presentation of the game is at its best.

Negative Side of the Good Ol’ Hockey Game

When we talk about new hockey games, that doesn’t necessarily mean new game modes. Although Be A Pro mode and Franchise mode now contain Superstar X-Factor skills, nothing in and of itself has changed and these modes remain the same as before. Same experience on the World of Chel side, which does not present any new experience apart from a menu that is easier to navigate. A little personal disappointment is having played Longshot in previous Madden games and knowing that FIFA now had The Journey and seeing that NHL 22 did not have a single-player mode with a story. Granted, it’s not the end of the world, you might tell me, but it would have been nice to have it, knowing that even 2K Games adopted this mode in NBA 2K22. 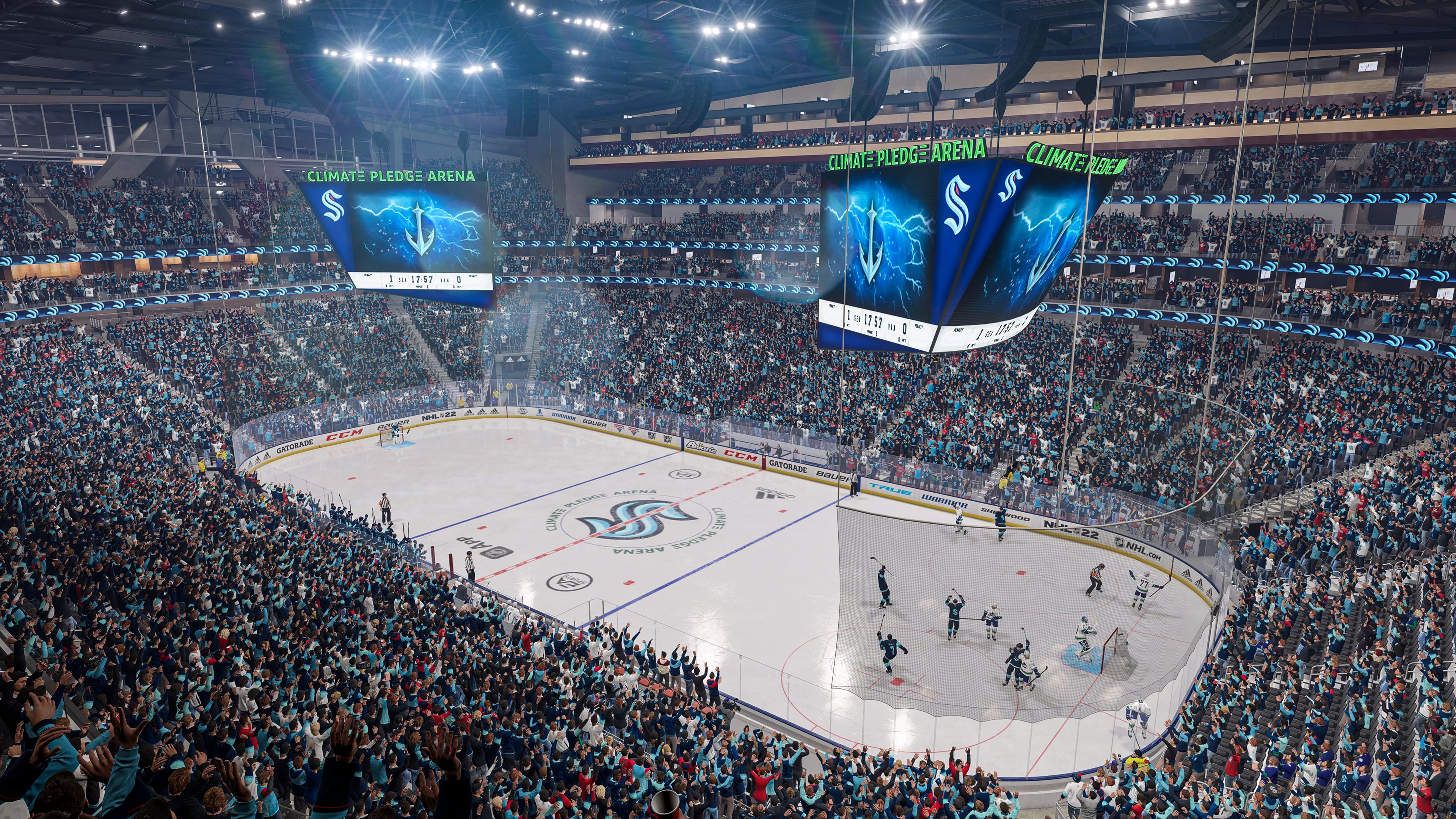 Another negative point, that of the HUT cards which will allow you to strengthen your players because, for those who know the concept, when you receive a HUT X-Factor card, it will start at level 1. At this point, you will have to spend some money. ‘money to pass it to level 2, then to level 3, etc. The more cards level up, the more expensive they will be to boost or even require player cards or Power-Ups to level them up. Power-Ups Icons are new to NHL 22 which are, in fact, special Alumni cards that will usually feature legends that EA added to NHL 22. Just like with X-Factor cards, Icons have additional levels, as well as Superstar and Zone abilities. 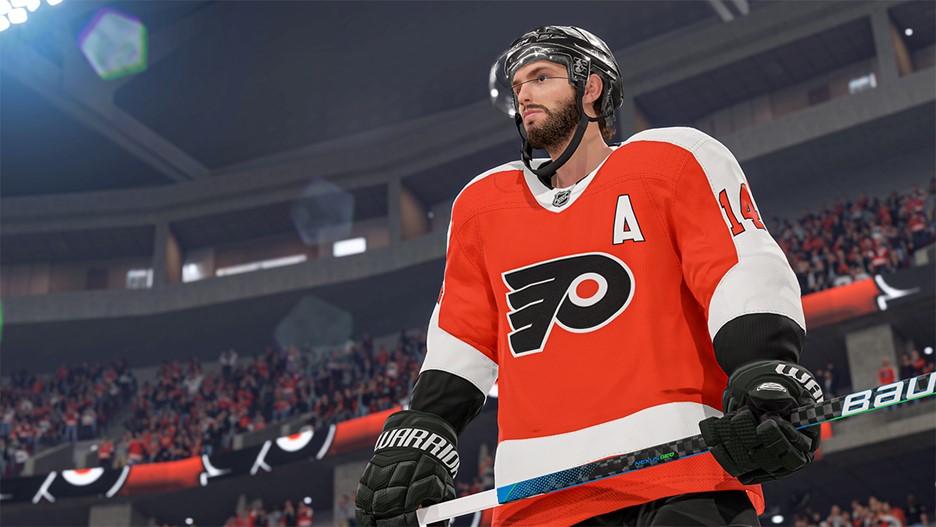 Yes, NHL 22 is visually beautiful if you forget about the faces of the players. Yes, the defensive and goalkeeper artificial intelligence were improved last year and tweaked a little more this year and yes, there is no more fear of poke-checks. But is that enough to say that this game is a “must”? If you’re the type of player who buys NHL games every year, then you don’t even have to wonder.

If, on the other hand, you are the type of person who likes to play once in a while and buy the game every two or three years and you already have NHL 21 on hand, I would suggest that you wait until its price drops or a solid discount before you buy it. Not because it’s not interesting or fun, but mostly because the upgrades aren’t worth dropping almost $100 CAD on what feels like an incremental upgrade.