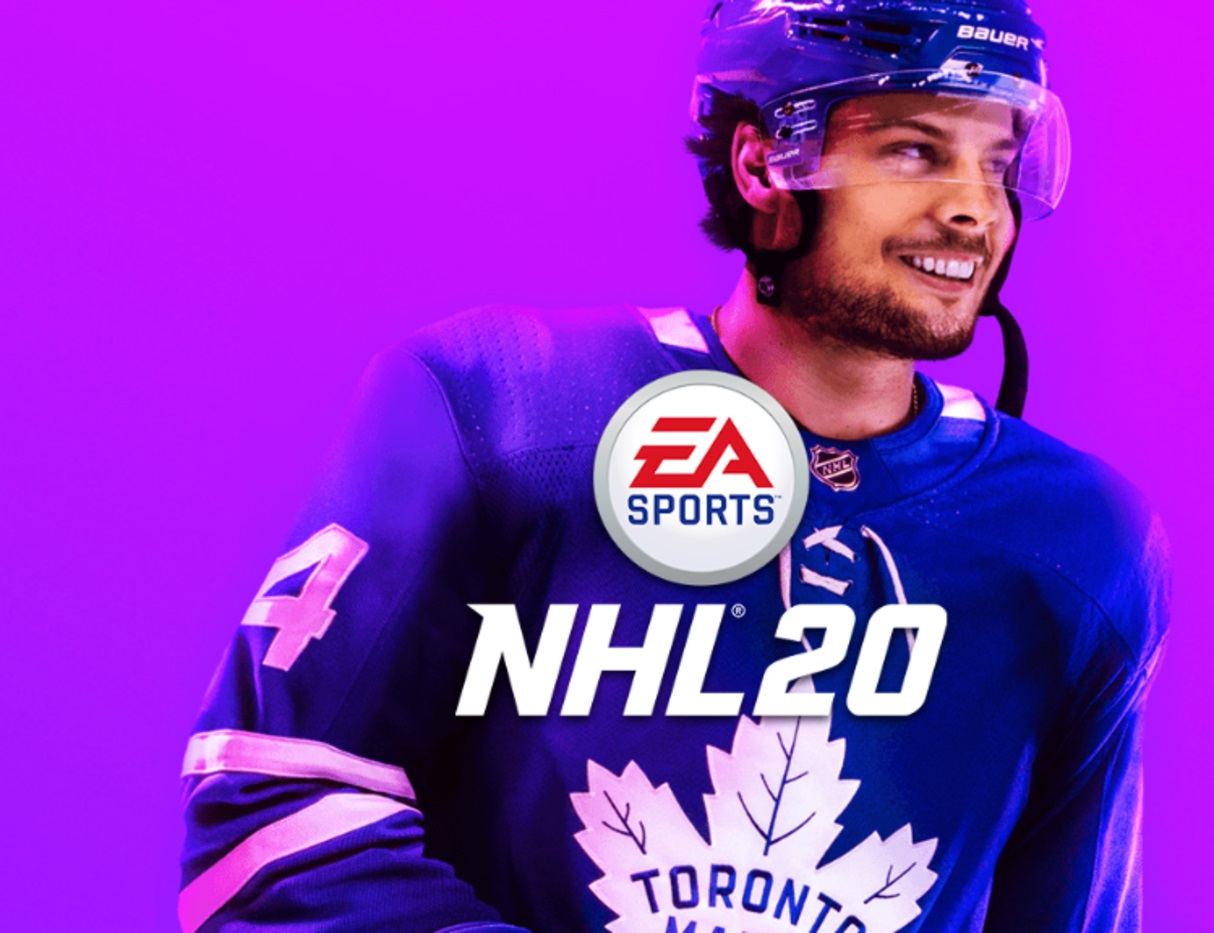 Luke saying to himself that “Chel” is fun again.

Okay, that last verse didn’t rhyme, and reviewing yourself in third-person is highly awkward! But I repeat: “Chel” is fun again.

Streamers for the win?

When I talked to William Ho — Creative Director of EA Vancouver — last month, he made it quite clear that NHL 20  was all about the culture rising up to the ice surface in hockey. And one thing culture in video games has brought us — for better or for worse — is the streamer.

Now, I understand all too well that streamers have become a make-or-break for several gaming communities. But the streamer may very well have saved the NHL franchise.  NHL is now built with the streamer and the socio-cultural shift of games in mind. And for the most part, it makes the latest annual installment in the decades’-old series much more enjoyable. The biggest changes to NHL 20 come in its online world. Last year, EA gave us “World of Chel” — an online — and now offline — multiplayer mode. There are new outdoor rinks to play on, 2,000 vanity customization options, a new battle royale mode called “Eliminator” that Fortnite should take note of for adding a new element to its gameplay.

In the “Eliminator” mode, 81 players are sorted onto 27 three-person teams. They then take part in short games of three-on-three with the losing team being eliminated. The game switches to the much-loved “Ones” mode when there’s just one team left.

As stated above, vanity items return to “World of Chel.” There was controversy last year for EA Vancouver surrounding the pay structure softhe equipment bags that vanity items came in. The bags are still there, but now you can win bags and gear simply by completing challenges in any of the online modes.

EASHL and Squads are back this years, but most of the changes to it are sadly superficial, which is a slight letdown. EASHL is pretty much limited to new pack animations that will make opening packs on stream more satisfying, but I found the animations grew uninteresting quickly. Squads now let you really customize your team’s colours, celebrations, and goal horns — making it even easier and far more exciting to taunt your opponents.

There are enough online changes to keep you invested all around.

Getting away from what’s changed online, NHL 20’s mechanics have very clearly been finely-tuned. The first inkling of this is that the game engine has been tuned with a brand-new “RPM Tech” added to the top half of players, that now have a seemingly full range of motion to control and release the puck — joining last year’s RPM Tech skating launch. There’s a number of new shot styles and animations that make players feel much more smooth to control. Naturally, a wider range of motion has allowed the creative team to run free with the many ways there are to score. “RPM Tech” also noticeably improves setting up one-timers, bank passes, and all of the dirtiest dangles.

Streamers and pro players are sure to love the new skills associated with the game that will separate the players from the casuals. And new dynamic replays, as well as “Play of the Period” and “Play of the Game” in online play makes it all the more satisfying to show off your skills. I’m a huge fan of these dynamic replays because they have a definition and a celebration that greatly enhances overall play. However, you’re going to have to put those skills into play because this year the goalie A.I. has been updated, and the people-between-the-pipes have really come out to play. I began my time with NHL 20 on “All-Star” difficulty, and I quickly learned that my stick skills weren’t up to snuff to score. I had to settle for “Pro” before long. After doing so, I found goalies held onto the puck less, faced more rebounds, and weren’t as cunning at detecting a fake shot or a dangle.

Ho told me that the new RPM Tech and goalie A.I. allowed the creative team to study real-life hockey and better implement their findings into the game’s environment, and man, does it show! There are now a number of players who have their own shot styles that are similar to — if not exactly — how they are in reality. The stylized shots are mostly confined to star players, but you’ll also see variations of those shot styles used by others on the ice — and they make the game feel much more realistic overall.

It’s only natural to assume that putting more focus on co-op gameplay means that solo gameplay is sure to suffer. This is the case with NHL 20. In sports game year where the solo story mode continues to evolve, NHL 20’s “Be a Pro” and “Franchise Mode” feel as is they fall a little flat. There’s really no improvement to the former at all, while the latter gains a new coaching system that adds some fun changes like the need to better manage chemistry and strategy. Ultimately, playing solo quickly begins to feel similar to what’s already out there. NHL 20 had a better broadcast

In the consolation of the lack of changes made to solo mode, NHL 20 completely overhauls its NBC-branded broadcast package. Ho admitted to me that it was a move done to once again enhance creative control over the property. What results from this decision is dynamic play-by-play. Vancouver sports radio personality James Cybulski joins long-time NHL  rinkside reporter Ray Ferraro. The two have charming chemistry, and are almost always in the game and excited to be so. While there is some repetition in voice over, it’s much more balanced because there are so many lines of dialogue and discussions for the game to utilize. Speeches will repeat, but it’ll be long before you hear them again.

The broadcast-style is minimalist to a point where it can be too minimal. I found myself at times forgetting when I was on the penalty-kill or a power-play — thus dropping a stronger attack or defence. It’s positioning at the very bottom of the screen can be hard to read when you are trying to focus on the action. Whether or not you are going to enjoy NHL 20 comes down to how you plan on playing the game. If you’re looking for the solo experience, this just isn’t your year. NHL would still benefit greatly from a story mode with an overhauled experience and skill tree system. But this year’s installation benefits from the fantastic online play that will keep you coming back for more Chel.