Every once in a while, a game so wild it belongs in space comes across my review list. Next Space Rebels is one of those out-of-this-world experiences that’s going to earn many fans and just as many who will hate the amount of time they sunk into this game. Unfortunately, I’m a part of the latter group.

There’s an easy-to-understand rocket builder here that rewards creativity and is quite enjoyable. However, it’s hidden beneath a rather heavy-handed political commentary that comes to us by way of the relatively young Humble Games studio offshoot of the Humble Bundle and Dutch visual artist Floris Kaayk. This game plays out as a mix of FMV meets visual novel with light gamification. And while there’s a lot of heart and a few solid ideological anchors here, Next Space Rebels is more slog-filled visual work of political protest than the edgy, out-of-this-world indie it claims to be.

At its very core, Next Space Rebels is a high-brow commentary on consumerism and space politics. You play as an unnamed rocket enthusiast simply looking to harmlessly grow to the level of fame your idol, RocketGirl, has on YouTube stand-in, StarTube. What you quickly find is a rather pretentious commentary on selling yourself out to the man, gaming the almighty algorithms, bending the law for the greater good and eventually, launching the world’s greatest rocket high up in the sky for the little guy.

For the most part, Next Space Rebels tells its story through bright and bombastic StarTube video FMVs that drip with personality… and also cringe levels of cheesy. The acting feels forced and ironically like the types of videos the algorithm would hide deep in the far reaches of a video platform for being just a little too forced. RocketGirl feels like a peppy Maeby Fünke-looking mad scientist who will quickly grow annoying. 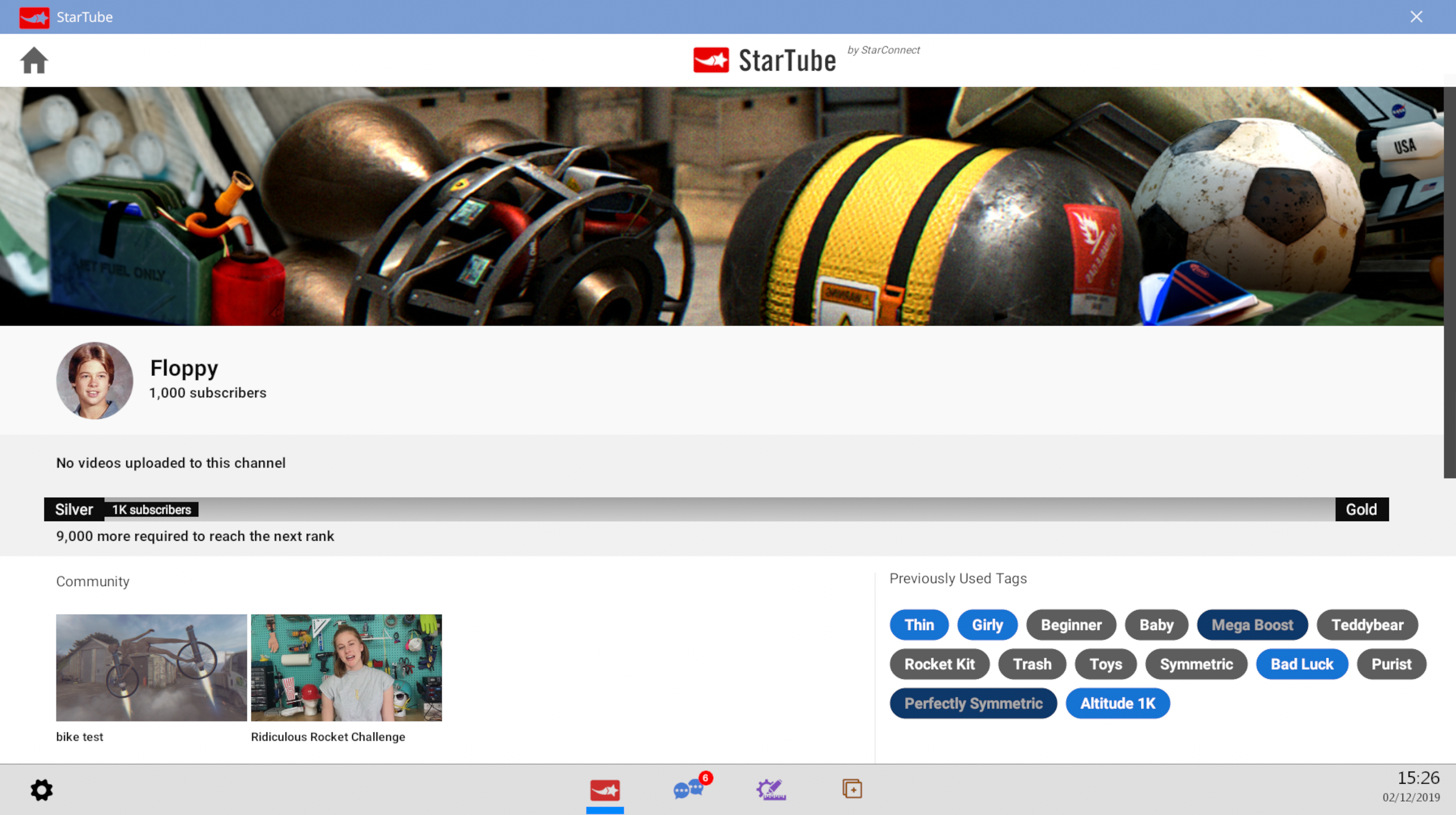 About halfway through the game, you’ll be introduced to Radik Widner, who is all sorts of crazy. A sharply-dressed and quick-witted interpretation of an Elon Musk who truly cares about somebody aside from himself, Widner’s arch feels like my cult-leading youth pastor fused with the lead singer of a Dutch emo band. He’s even harder to take seriously than a lot of the other people you meet along this adventure because he just feels like he’s firing on all cylinders all the time.

As I’ve mentioned, the story evolves from you taking on wholesome rocket launching projects with the help of a friend or girlfriend, it’s honestly hard to tell, and evolves into dealing with some pretty uncomfortable conversations with kids looking for you to launch their toys into space and call them cute, hackers looking to bring down StarTube and an eccentric group of rebels looking for you to help them bring democracy to space before the billionaires and governments take over. Que that one Obi-Wan scene! 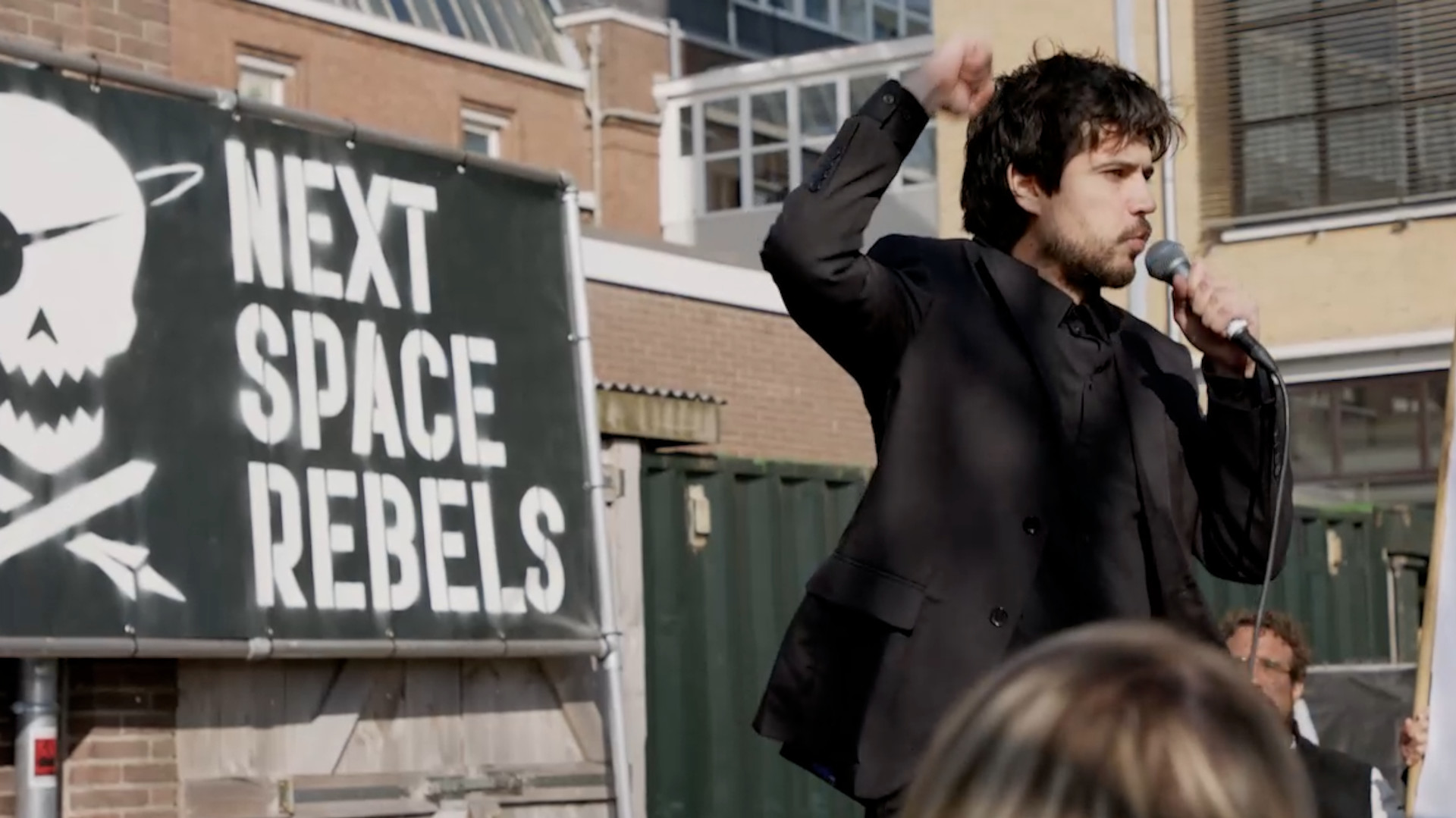 Yeah, that’s the one! Honestly, a lot of the conversations in this game, which take place on a sort of pseudo-WhatsApp platform deeply disturbed me. Not only am I not OK with calling a young girl cute as I launch her toy into the air or discussing breaking algorithms with a dude named FredomWarrior in the name of advancing my amateur rocket career, but I’m also not OK with the way they just kept going. Most people will reach out to you to make suggestions, offer channel partnership deals or new and better rocket parts, which is altogether meaningful. But honestly, I found myself using the quick text setting that allows you to skip right to the next dialogue choice right away.

This brings me to your choices in this game’s story structure. I can’t help but feel that there’s a sort of shoe-horning happening in this game’s narrative. It gives you options to take a more corporate and self-centred path to fame and fortune but seems to point you back on the straight and narrow with every launch that you partake in. And without getting into spoiler territory, this is a game that will try to force you into its bad ending at every turn, and boy, its bad ending is… bad.

Where Next Space Rebels is at its best is in its rocket building. The game gives you various versions of the Maker software — an MS Paint-looking program that operates as a workplace for your various rocket launches.

As someone who is admittedly too dumb to understand the workings of the Kerbal Space Program, I love how simple Next Space Rebel‘s snap-together rocket making is. There’s very little to make the various bottle rockets work. You must have stability and work within a set complexity gauge, where the higher the complexity, the more views and the more likelihood of something going wrong. Finally, you must manage your weight. As you go deeper into the launches, you start to have to account for things like pitch angles of parts in order to aim rockets at things like a port-a-potty or through a window. You’ll also have to manage fluid dynamics late into the game, which is about as hard as it gets!

All and all, there’s a deep trial and error element offered by Next Space Rebels‘ rocket launching that is the most enjoyable element in an otherwise pretty unenjoyable experience. Launches take place as an overlay on top of real-life photos from around The Netherlands, tinged with a grainy low-quality camera aesthetic that’s warm and cozy. It is a nice touch because it contrasts the stylized video and chat platforms, Maker program and FMV segments nicely. 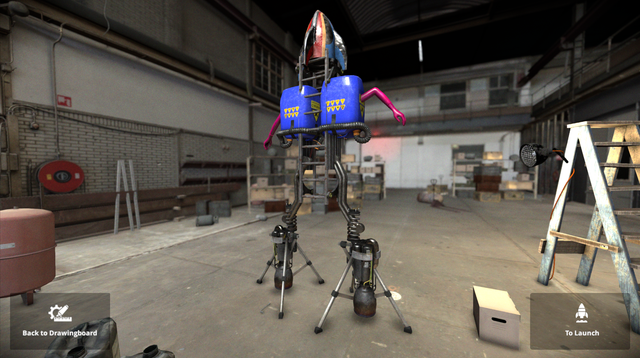 I also love how the game gives you full control over how you represent your attempts on StarTube. Each launch — successful or not — can be uploaded to StarTube. This allows you to present yourself as a consummate professional and do things your own way. Or you can show up as fallible and earn pointers from the community and those who message you. The StarTube platform also lets you personalize your launches with video titles, descriptions and thumbnails that are all your own. It also features a tagging system that is procedurally generated based upon each unique run. When you go to upload a video, you will be greeted by a number of tags based on how you did and organized into a system of rarity. Picking the right combos of tags will earn you more viewers and thus launch you to the top much faster.

Next Space Rebels quickly took off into being one of the least enjoyable gaming experiences I’ve had this year. I love it’s easy to understand but hard to master rocket play. The way this game rewards trial and error is rewarding and enjoyable. But that enjoyment is hidden deep beneath a political middle finger manifesto that is a slow burn instead of a brisk takeoff. If you’re looking for something that’ll keep you busy on a rainy day and you happen to spot this game on a Humble sale, I’d say it’s worth picking up, especially if you love stories that challenge you to think about the world around you instead of keeping your head in outer space. With that all being said, this one wasn’t for me.