In 1999, there was nothing cooler than dropping by the local Blockbuster and dropping off my Pokémon Snap photos to the in-store kiosk. The Snap Station was the gateway to print your photos from the Pokémon Snap cartridge and you could print a sheet of 16 stickers using your best photos. Using a modified Nintendo 64, you would bring in your cartridge, pay using a branded Snap Station card and get a sticker sheet in return. Fujifilm is working with Nintendo on a similar Instax camera you can print photos with at home, so the sentiment isn’t totally lost.

For me, that whole aspect of the experience was crucial to the enjoyment of playing Pokémon Snap. For the first time, we had the option to move away from battling and catching monsters, to photographing them and seeing Pokémon in their natural habitat. Now, two decades later and we’re finally seeing a follow-up on the Nintendo Switch and if you’re wondering whether or not the sequel is able to capture the essence of the first game, then yes, it does. The series has changed in many ways since the Pokémon Snap launched but getting behind a camera feels like the best way to get back into this universe.

If you ask me why I think that, it’s the easiest way because of how simple the gameplay is. You don’t look at stats, elemental types, levels, or any other data; you take photos of Pokémon. And while you no longer play as Todd Snap, the photographer of the original game, you play as someone who clearly loves taking photos.

Cameras are basically everywhere in today’s age, your phone, your console, doorbells and whatever else. So, while it’s easier than ever to take a photograph, there is still an art form to capturing the perfect moment. I can understand some may find the novelty of a simple premise outdated but the relaxing nature of finding and capturing the world at large through a lens is a holistic experience.

The original Pokémon Snap saw Professor Oak send Todd to Pokémon Island, an island undisturbed by the everyday bustle of humanity. In New Pokémon Snap, with your trusty camera and the Zero-One buggy, the game presented itself as an on-rails game where you’d explore the island and take a variety of photos of the resident Pokémon. One thing that I never really enjoyed was the distinct lack of the original 151 Pokémon being on the island. Within New Pokémon Snap, there now several regions in the Lental region that require your keen eye. Professor Mirror requires your help with building the Photodex, an essential compendium with over 200 diversities of Pokémon for you to photograph. 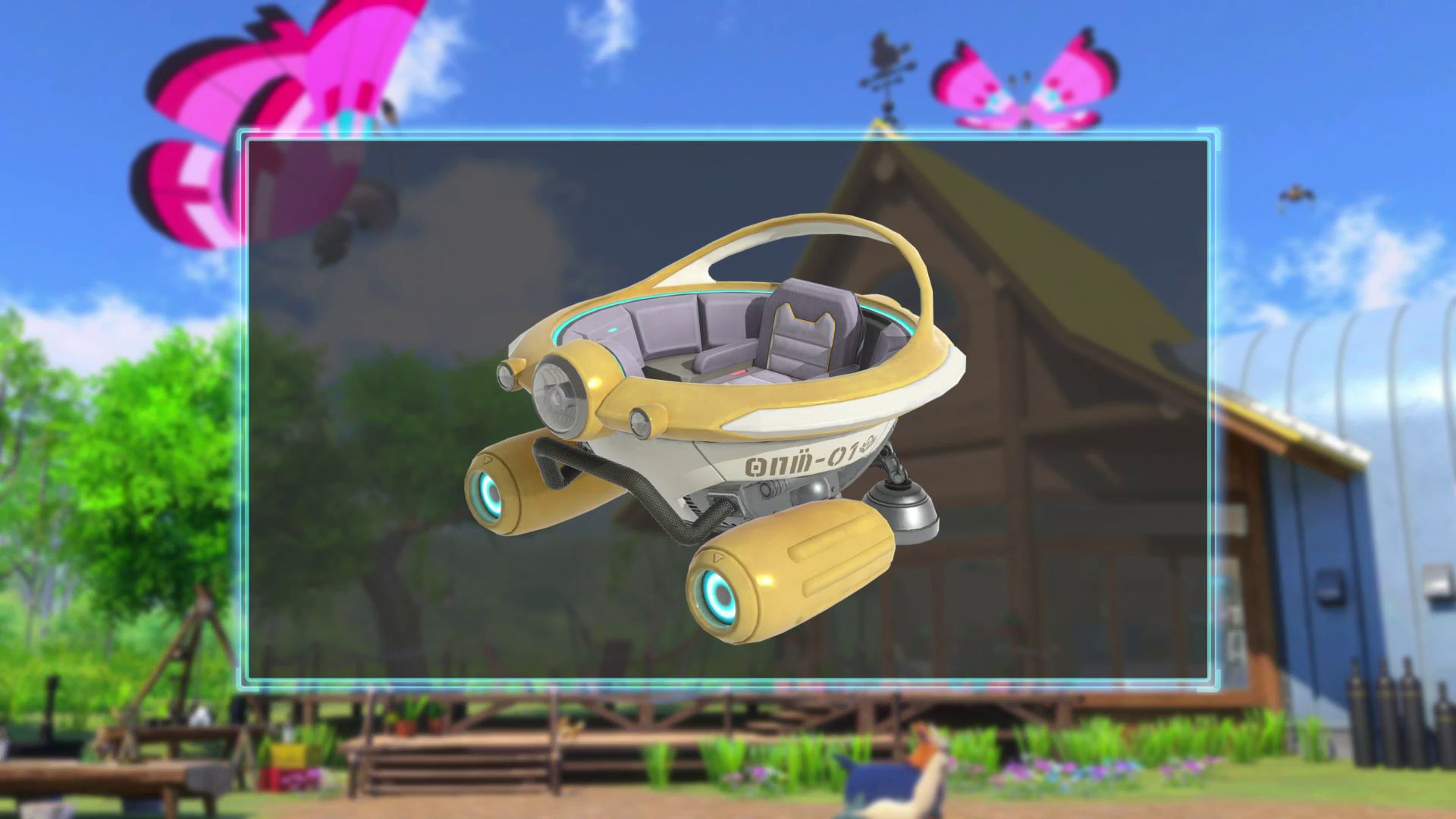 With the Neo-One, you’ll move through the various biomes taking photos of important moments in the Lental region. At the end of each expedition, Professor Mirror will go over your photos and evaluate them. Your photos are rated on the Pokémon’s pose, how focused they are in the image and whether they are in the frame if the Pokémon is looking in your direction, and whether or not the action in the photo is rare. Photos range from one to four stars but this time if your photos don’t pass the evaluation, you can edit them with the Re-Snap feature. 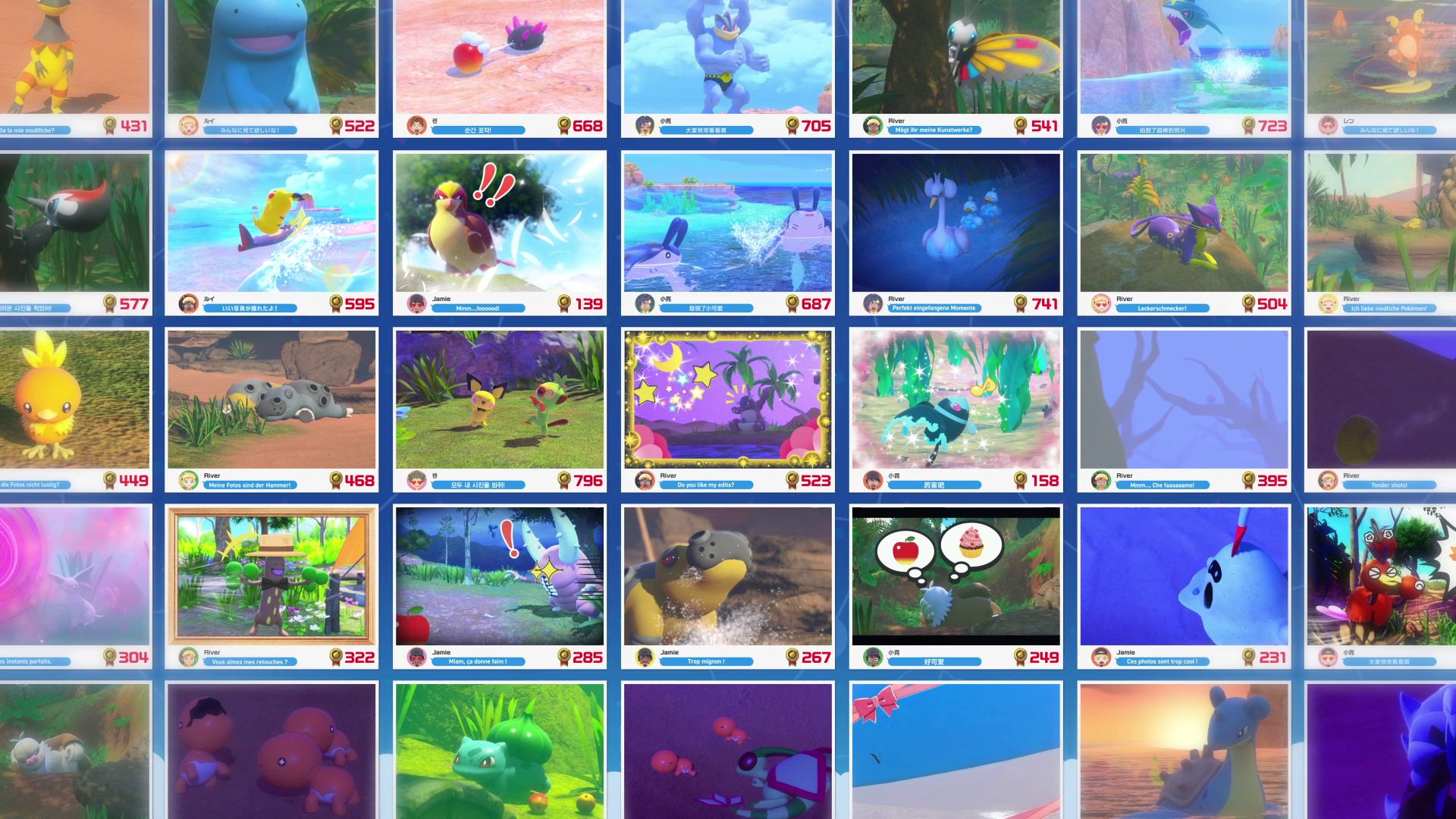 Re-Snap is like photo mode and you can adjust photos in several ways. Some might need to be re-cropped; others may need to re-centred. In theory, it sounds like this is a way to cheat the scoring system but in reality, the feature serves as finessing your final shot before submission. However, you can add filters and if you’re feeling artistic, throw a filter on or some stickers or frames to really make your photos personalized. I’m looking forward to picking up the Fujifilm Instax Mini Link to print out some of my best photos, so the filters and borders come in handy.

To capture Pokémon, you’ll use several tools to make the task easier. Instead of using apples like in Pokémon Snap, you’ll use Fluffruit. Using Fluffruit to lure Pokémon in opens them up to the perfect photo as they snack on the fruit but not all creatures react.  Some may just ignore you but investigate but others will happily chomp the bit and help earn a higher score. A new item to the series is the Illumina Orb, something is given to you by Professor Mirror. According to your briefing, Pokémon in the Lental region gives off a mysterious glow called Lumina and when an Illumina Orb is tossed at a Pokémon, it performs a unique action as they glow in the night. 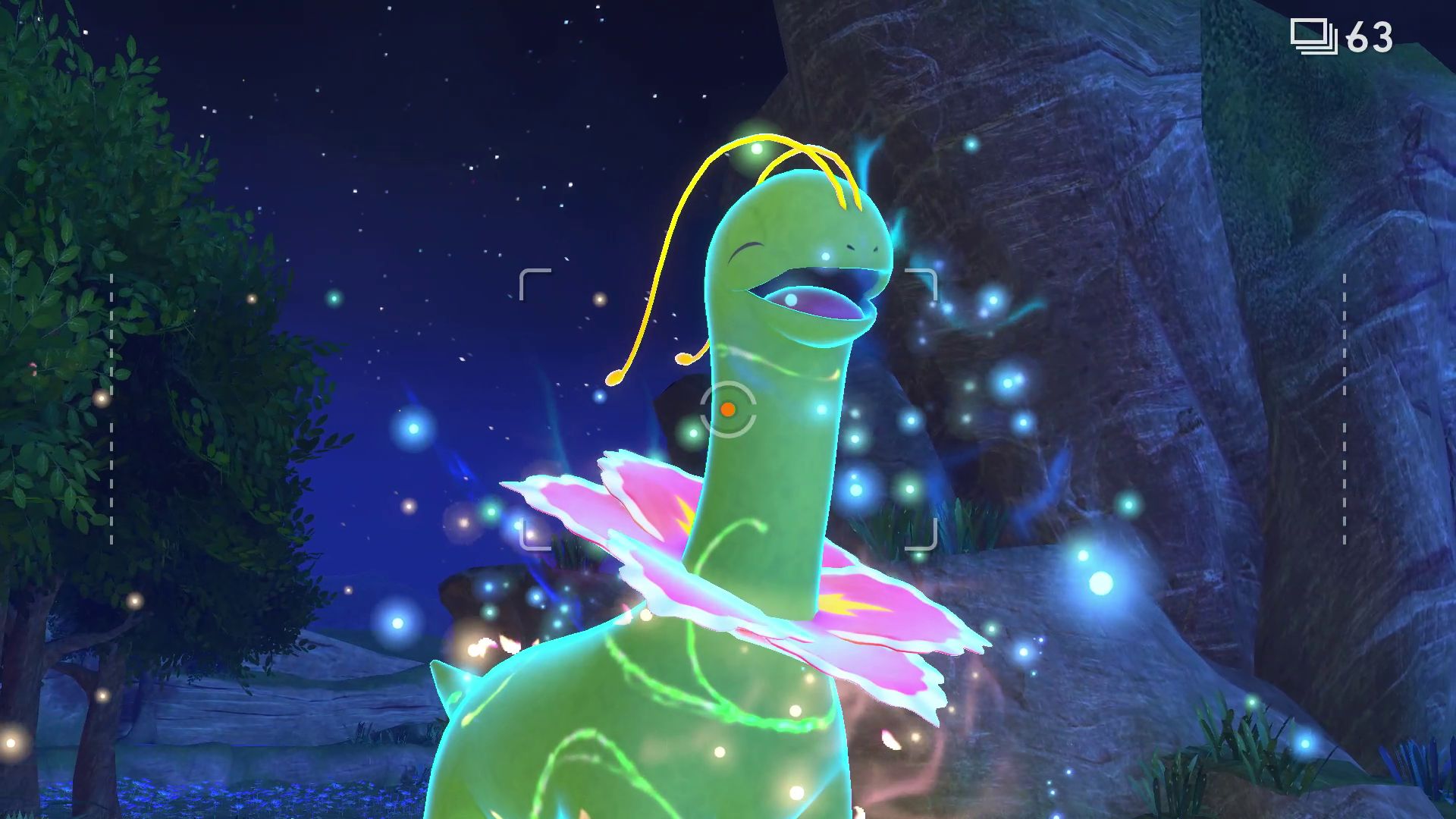 Other features of your camera include a scanner, a function that helps detect hidden Pokémon. If for example, you’re in the desert and scan the area, you may come upon hidden creatures and give you an idea of your surroundings, even opening up branching paths. Another familiar item returning is the Pokéflute renamed Melody in New Pokémon Snap. Just like how the item was required to wake a sleeping Snorlax, the idea is the same. You’ll use the Pokéflute and see how the wildlife reacts to its tune.

To keep things fresh, each expedition offers branching you’ll find through the Scan feature, one might take you behind a waterfall or through a craggy outreach that offers different Pokémon to snap with your camera. It mostly feels the same as it did on the N64. That said, it’s exciting to find the perfect image hidden behind a pathway you previously missed but at times the game feels like a grind. 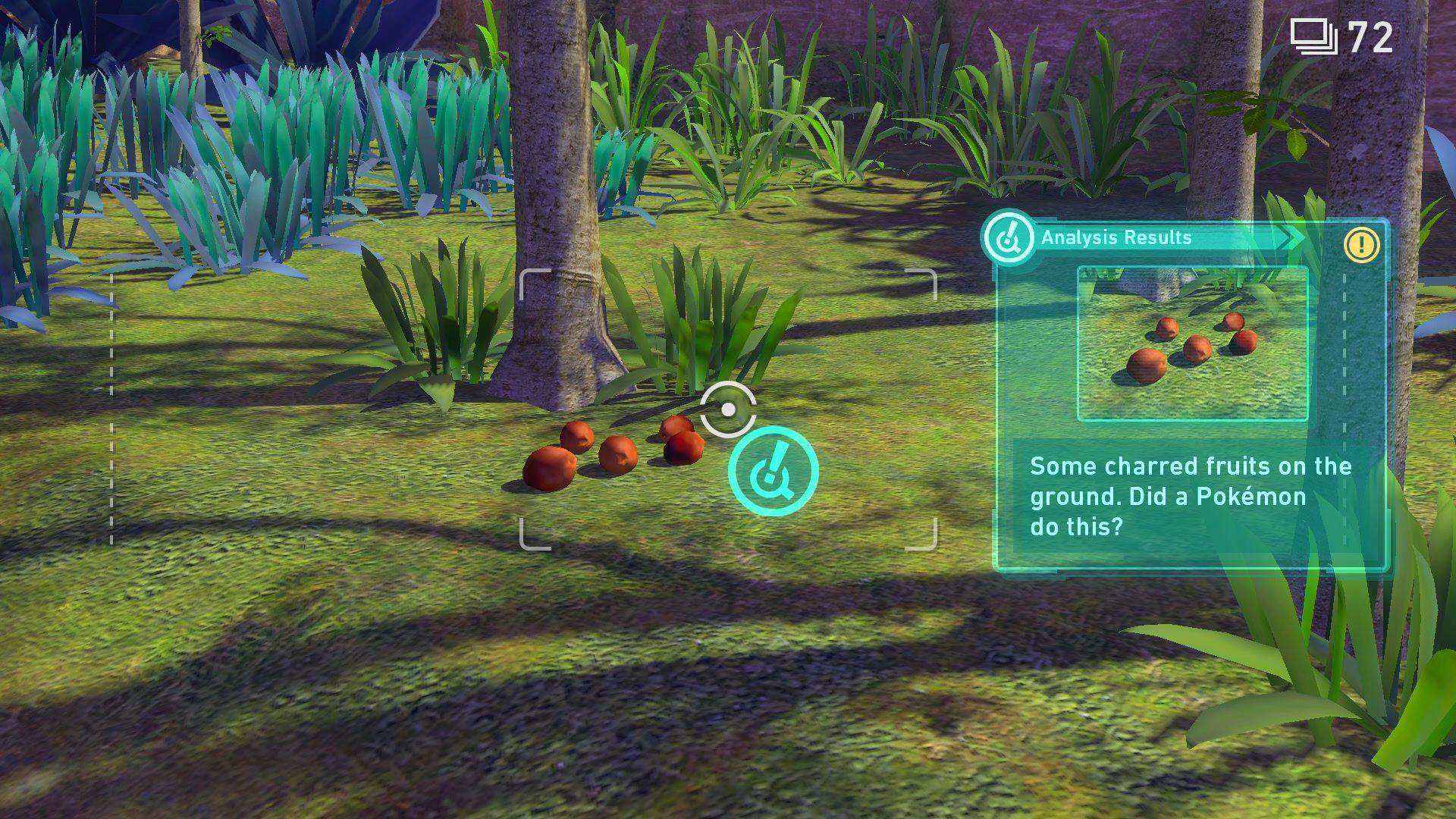 Going through a level doesn’t necessarily take a long time but the way New Pokémon Snap handles completion feels grindy. Through the Request tab, you’ll find hints on how to get four-star photos, which are the rarest type of photos in the game. I’d end up snapping photos that were between one to four stars but you’re only allowed to select one image to add to your Photodex, so multiple visits are needed to pad things out. 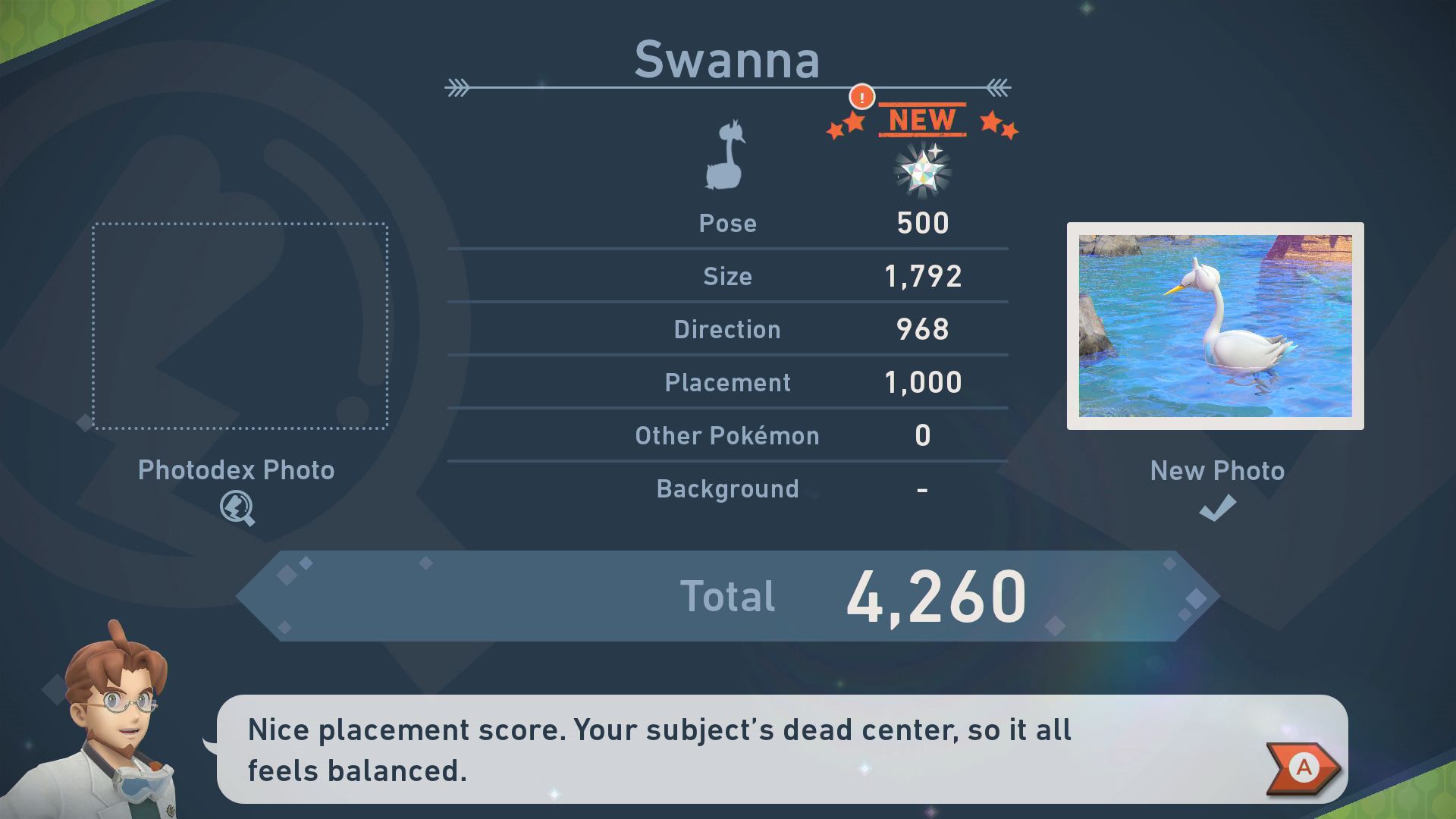 There are some technical issues that plague New Pokémon Snap and it seems like the Nintendo Switch hardware is once again showing its age. One particular instance of the game’s slowdown is when a beached Wailord begins to move to the water surface and the game slows to a crawl. New Pokémon Snap s a gorgeous and colourful game that seems to be bottlenecked by the hardware it runs on but at this point, we know something better is scheduled to arrive at some point. 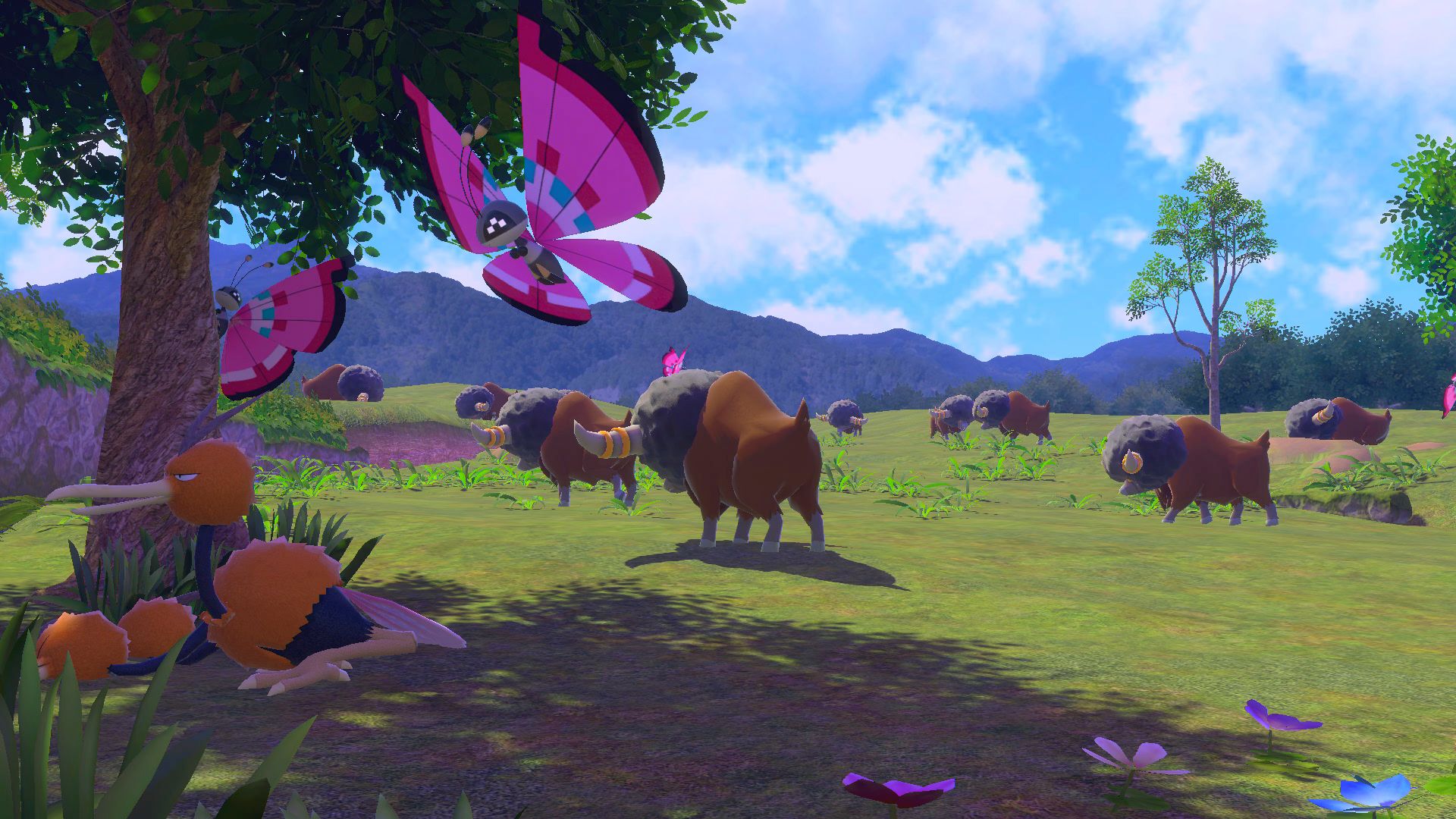 New Pokémon Snap is a wholesome reinvention of the original game, bringing the best bits forward into the sequel. We’ve battled Pokémon over dozens of entries but being able to leisurely snap photos and see these imaginative creatures in their habitat is as interesting as capturing them all. We get more of everything and that’s all you would want in a sequel, more Pokémon, more ways to photograph them, more locations. The core gameplay loop is unchanged but that’s endearing and a testament to how much fun the premise is. While some mechanics like the star ratings feel unpredictable, there are balances and checks that make up for the unpredictable methods of Professor Mirror.