Neon White from developer Ben Esposito is a rare oddity. It’s filled with things anime fans will find comfort in and it is paired with gameplay that acts one way but plays another. If I could compare it to any recent release, I would compare it to Ghostrunner. It’s got a lot of the same elements that made that game a standout when it launched but it clearly takes inspiration from anime, too.

What players end up getting is a high-octane, thrilling, and bizarre experience that Neon White injects into the quieter summer months. It also helps that both speed running and anime were a huge inspiration for Esposito. Waking up in heaven, we learn that Neons are former mortals who were judged unfavourably when on Earth. Speaking to the Presider of Punishments it is soon told that newcomers have ten days to annihilate the enemies.

From the earliest moments, you’ll feel right at home. Neon White has you playing as White, an assassin from Hell who must work with other demon slayers to earn a place in Heaven. It’s about as insane as it sounds and honestly, I’m upset we don’t have an anime adaption available but it’s an absolutely bonkers story told through a visual novel lens.

Aim for the Heavens

You collect Soul Cards and use them to battle enemies and move about Heaven. Not only that, but you’ll compete for the best times by combining cards and uncovering secrets. After months of open-world and expansive worlds, I’m excited to say that the levels you’ll explore in Neon White are on the complete opposite side of the level design spectrum. Instead of a massive, overwhelming world in front of you, Neo White does the opposite with levels taking no more than a minute or two to finish. Your goal is to get to the end as fast and as flashy as you can and then do it again to whittle your time down.

The systems from Esposito pair well with both the story and the visuals. Between your speed runs of each level, you learn more about the world and the characters. This isn’t the Good Place but oddly enough does share some similarities I found. Heaven begins to fill with demons and that’s where you come in as an assassin from Hell. You know the marks given you’re from the same place and God wants you to eradicate these pests from his kingdom. 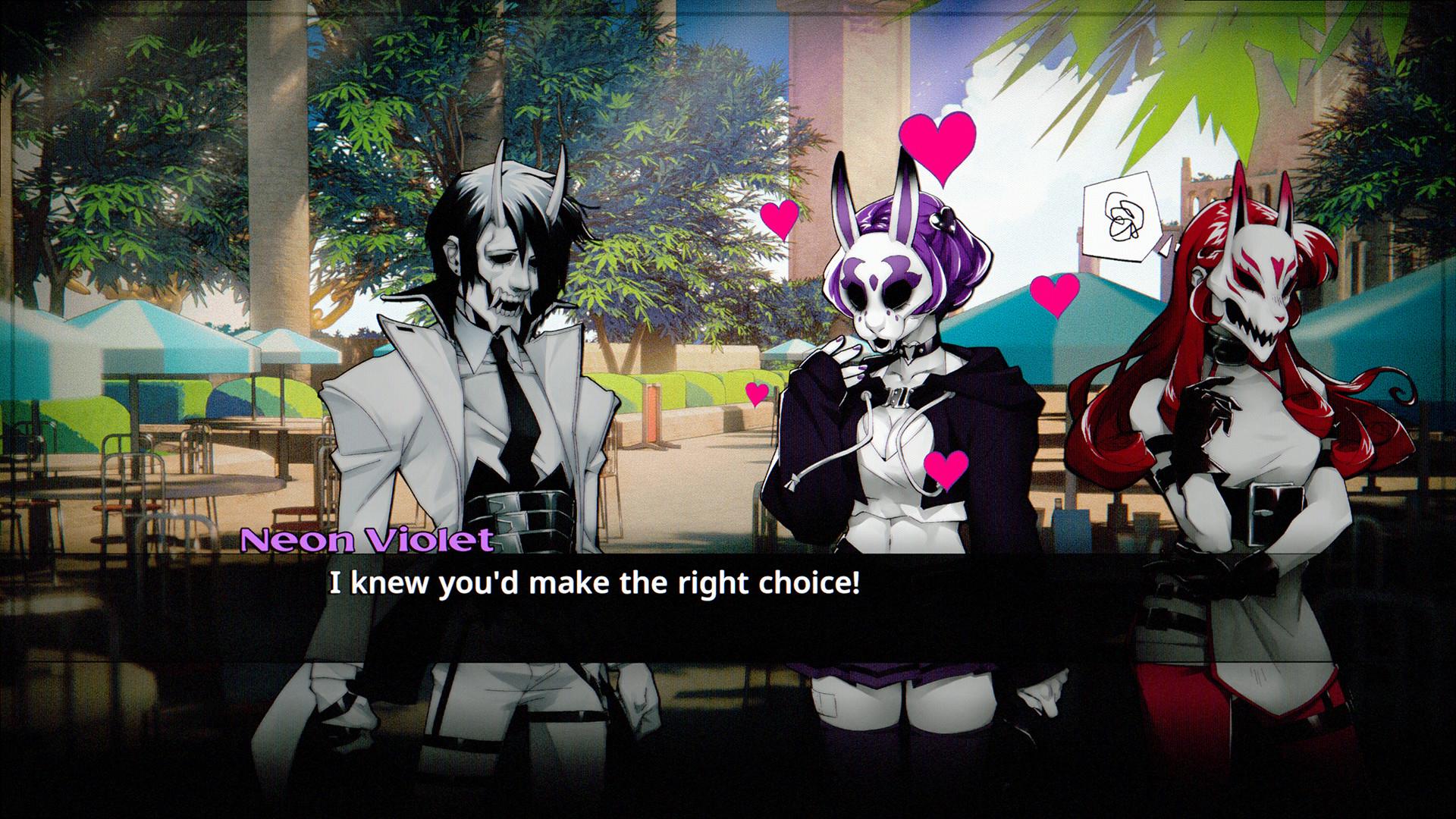 Furthermore, the cool thing about the group of assassins is that they all are pretty damn engaging. You can learn about them as you move about the Central Heaven hub area. And you’ll want to speak to them as often as you can be given that it affects the outcome of your game. From the earliest moments you learn about the masks every assassin must wear and the reasoning behind them plays right into the plot.

Neon White is for the minutemen

My playtime sessions are generally relegated to the evenings these days and with a shortage of free time, a game that rewards me for playing in short bursts is a welcome change. Neon White’s entire message is quicker is better and the better you understand each level the more adept you become. This is a system that pairs well with the card system players will relish when the game launches this week. 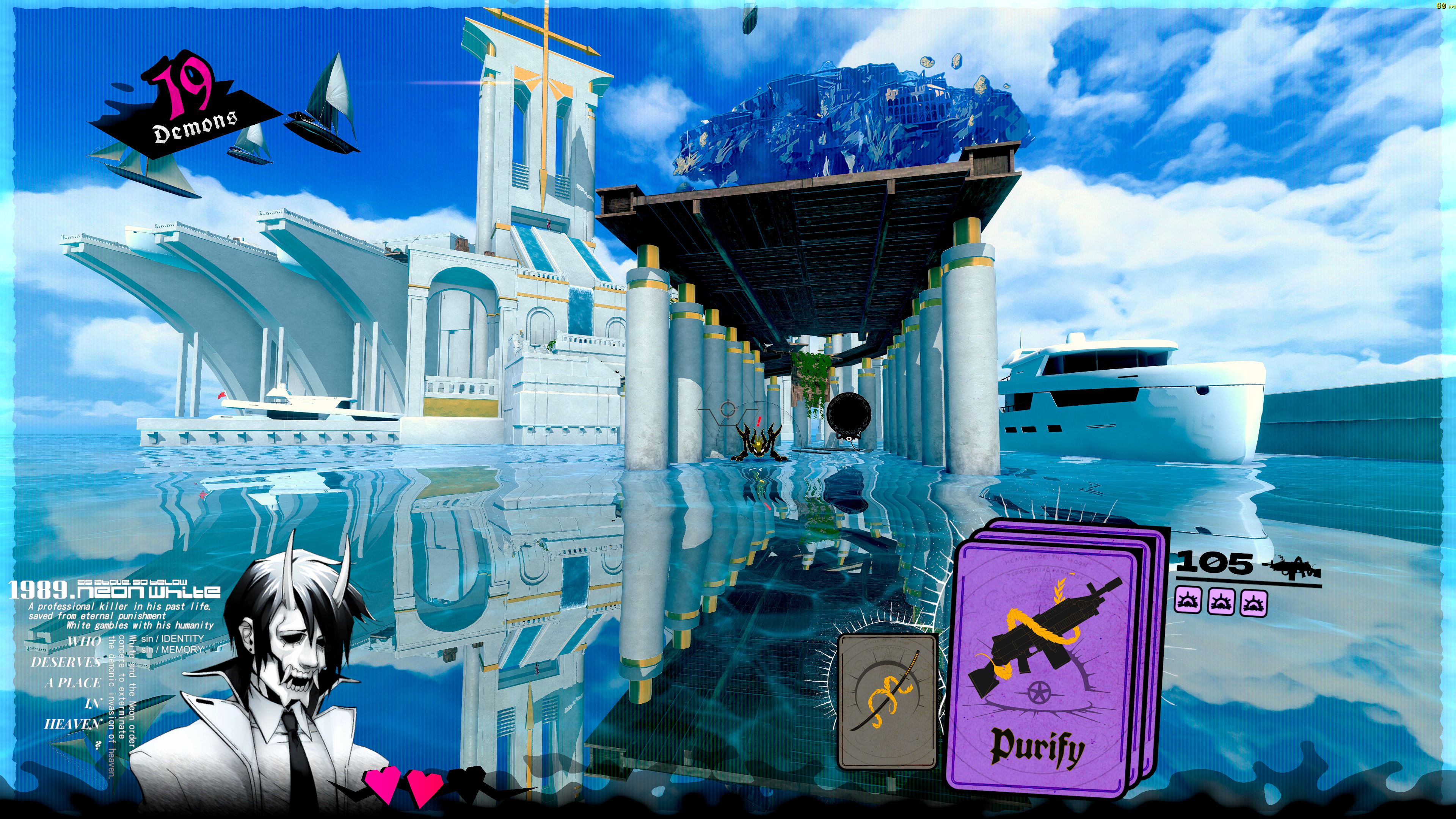 Essentially the system has you earning and unlocking cards as you lay. Enemies drop cards when defeated and each card you have in your hand offers two ways to unleash it by using it or discarding it. If you use the Katana Soul Card, for example, White uses a melee slash. The Elevate Soul Card will either let you fire a handgun or discarding it grants you a second jump. Cards don’t carry over to the next level so learning when to use a card and when to discard is the difference between a bronze, silver, or gold level outcome. 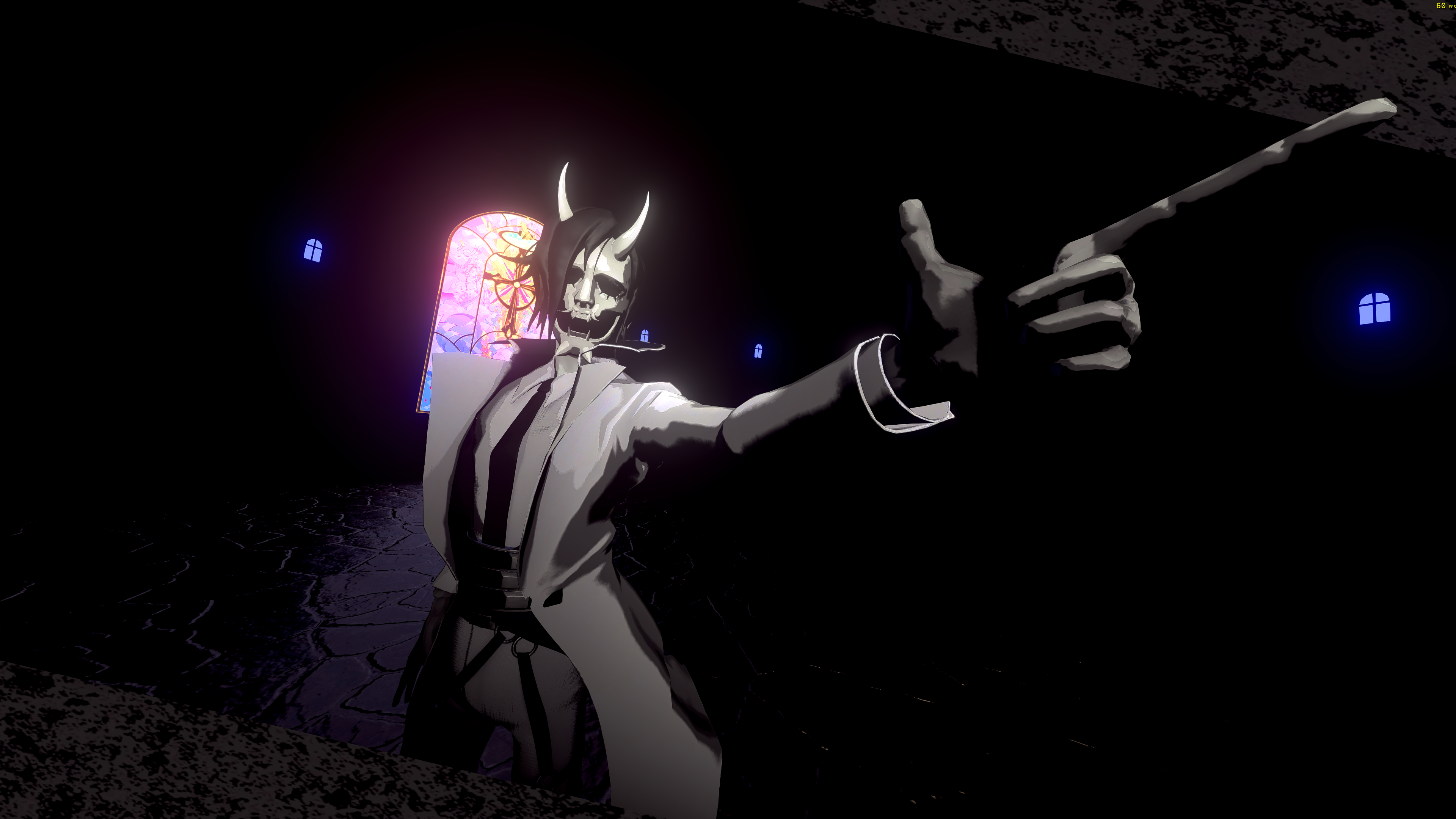 And then you’re basically encouraged to repeat each level over and over to gain insight and find the hidden gifts in each level. The gifts are items you hand to the other assassins and while Neon White isn’t a dating sim, it does include ways to strengthen your relationships with the other assassins. And since you’re an amnesiac who only remembers how to survive, a lot of the time you’re learning from the team, slowly peeling back the layers of your psyche and remembering yourself. With enough time you can ever discover new levels that are some of the most challenging levels I’ve experienced so far.

What really caught me by surprise was how different the gift levels felt. Each time you dive into these levels, they are all based on the person you gift the item to like Neon Violet. These levels are easily what made me curse the most out of frustration but never to the point of quitting. Getting into the habit of understanding when to cut corners or even discard your pile is how you gain seconds back. Violet’s levels can be difficult because everything’s covered in spikes and Neon Violet’s gift levels don’t allow for any of your cards to be utilized so you’ll need to jump on the heads of enemies to move forward. 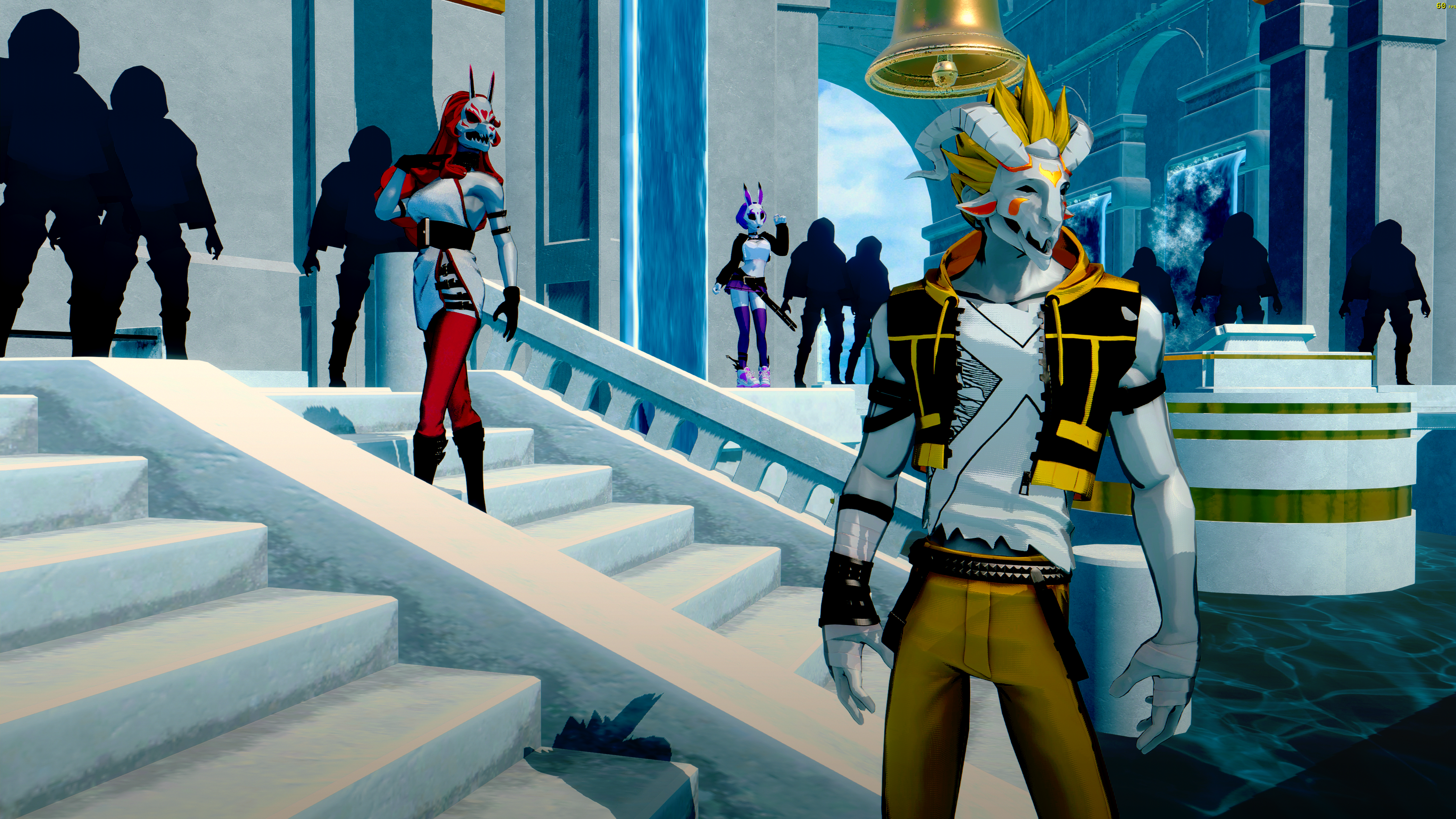 From its initial reveal all the way to the Summer Game Fest, Neon White has been nothing short of a spectacle. It oozes charm and style and will surprise you with its ability to leave you impressed. I went in not knowing what to expect but after several hours playing Ben Esposito’s follow-up to Donut County, I’m eager to see what he does next. Neon White is nothing short of remarkable and should be on your radar if you want a game to challenge you at every turn.