I can remember playing the first Need for Speed like it was yesterday. I was lucky enough to have my own copy on PlayStation and it came with a fun box art rendering from Electronic Arts. Nearly 25 years later and the series continues to exist even if it did hit some potholes along the way. Criterion’s return to the series is a celebration in itself and with Need for Speed Unbound now available in the wild, I have spent the last week getting lost in the fictional city of Lakeshore.

Despite having played quite a bit of Need For Speed Heat when it was released in 2019, I moved on and quickly forgot about it. In 2022, Need For Speed Unbound serves almost as a spiritual sequel to Heat, particularly in terms of structure and mechanics, as it enters into a new console generation with the furor of a decked-out Skyline.

Welcome to Need for Speed’s LakeShore

Not only has it been two years since I last played Heat, but my expectations from Criterion were pretty high. For the majority of my playthrough Need for Speed Unbound is fantastic, but it struggled to pull me in during the prologue. My biggest issue was the lack of clarity designating that this was in fact not the full experience, but the build-up to the full racetrack. I was sitting there and thinking to myself, “This is what the hype was about?” before finally hitting a stride with the entire campaign. 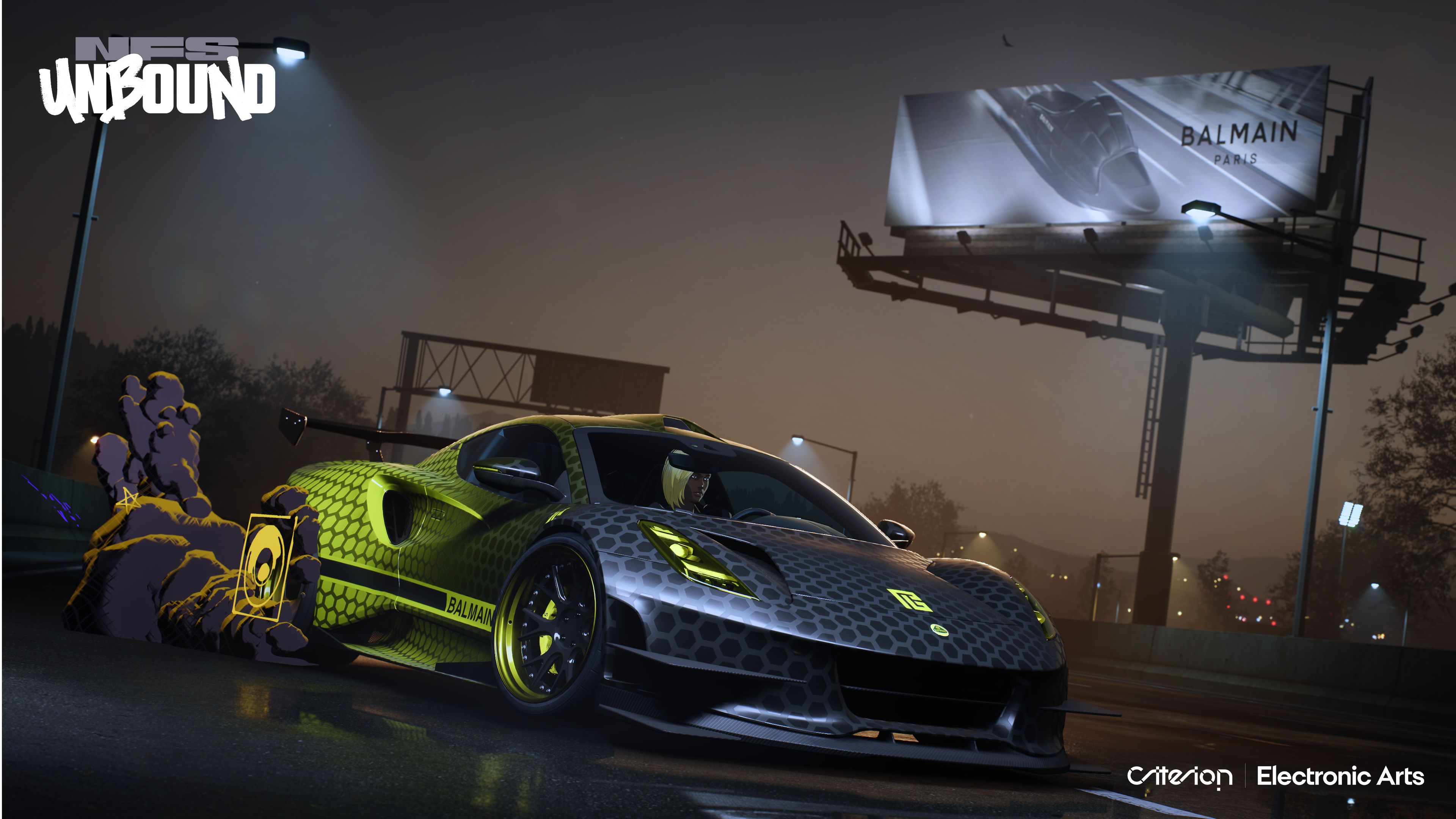 Need For Speed Unbound bets again on delivering a narrative-driven experience, one that should create an emotional bond with the player. In some cases, it succeeds while sometimes faltering due to the cheekiness of the dialogue. After a betrayal of our customizable protagonist, the player is thrown into a tale of revenge, where you participate in competitive events with a diverse range of characters, climbing ranks, earning money, and unlocking cars, until competing in the qualifiers at the end of each week with the ultimate goal of winning The Grand. This is not a deep, complex, or even impressive story, just significant enough to keep you invested and justify certain objectives that are assigned through calls with dialogues between the characters.

The story elements of Need For Speed Unbound will keep you busy for about twenty hours and unfortunately features the familiarity of déjà vu, punctuated by stereotypical characters, marked by situations already seen, and driven by an all too predictable narrative development. As far as the variety of events is concerned, there are the classic circuit races, drifting challenges, and activities where you have to accumulate the highest possible score by knocking down pins and barrels scattered around the track. In between races, our protagonist will receive a few phone calls asking him to retrieve some cars scattered around the map. After being delivered, these vehicles will become purchasable at the garage. 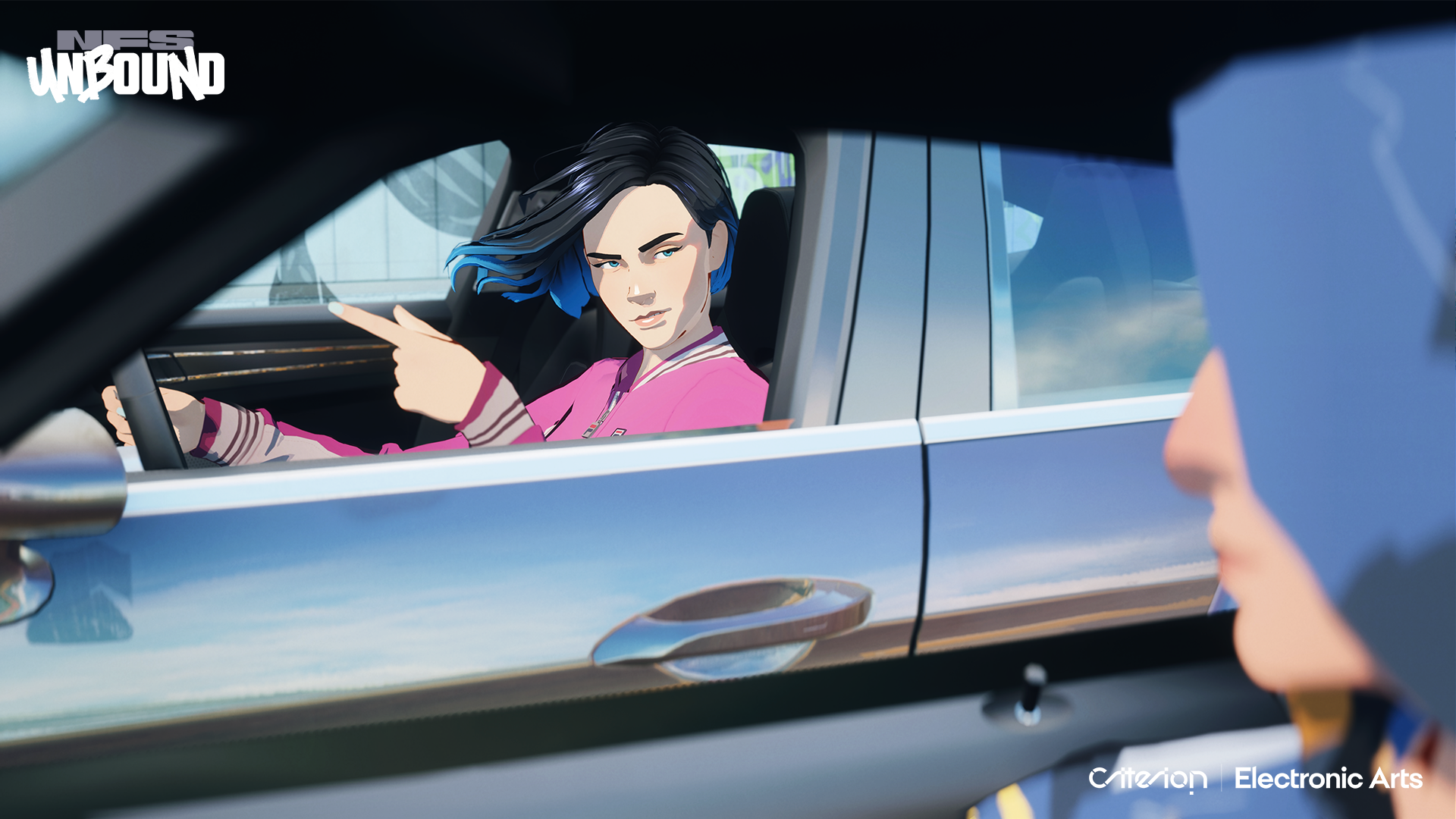 In addition to underground races, the other necessity in Need For Speed is the police chases that give rise to long and chaotic chases through the streets of Lakeshore and is complemented by the open world structure, with a map stuffed with collectables, jumps, speed cameras and billboards. What could result in an uncomfortable and ‘too much’ presentation ends up being both balanced and well executed, with an excellent combination of effects that accentuate the drama and tension of the races and that, above all, give a very own charm and flair to a video game that also bets on the extravagant, with the incredible customization options of the vehicles.

Progression is divided into four weeks and is split into the same day and night cycle introduced in Need for Speed Heat, however, in Unbound it seems to be less incisive, as the only difference between day and night races is how much money you earn. Each day the player can run a certain number of races in order to earn the money needed for upgrades, and each challenge will raise the alert level of the police, leading to intense chases. Getting caught by the police will result in the seizure of that day’s earnings. This mechanic is repeated throughout the week, until Saturday, when qualifying takes place. Passing these on the first three Saturdays will give access to The Grand, which is held at the end of the fourth and final week.

If you fail to earn enough for a buy-in, you’ll repeat Friday until you can ante up the funds to compete in the Saturday qualifier so don’t fret if you come up short by the weekend races.

Before the races, the player can decide to challenge one of the participants: the problem is that the amounts at stake are a small (at times very small) percentage of the prize at stake for the race and therefore, in fact, do not affect the balance of the game economy. In theory, this is a great feature and could have gone a long way to make bank but instead, it remains rather marginal. 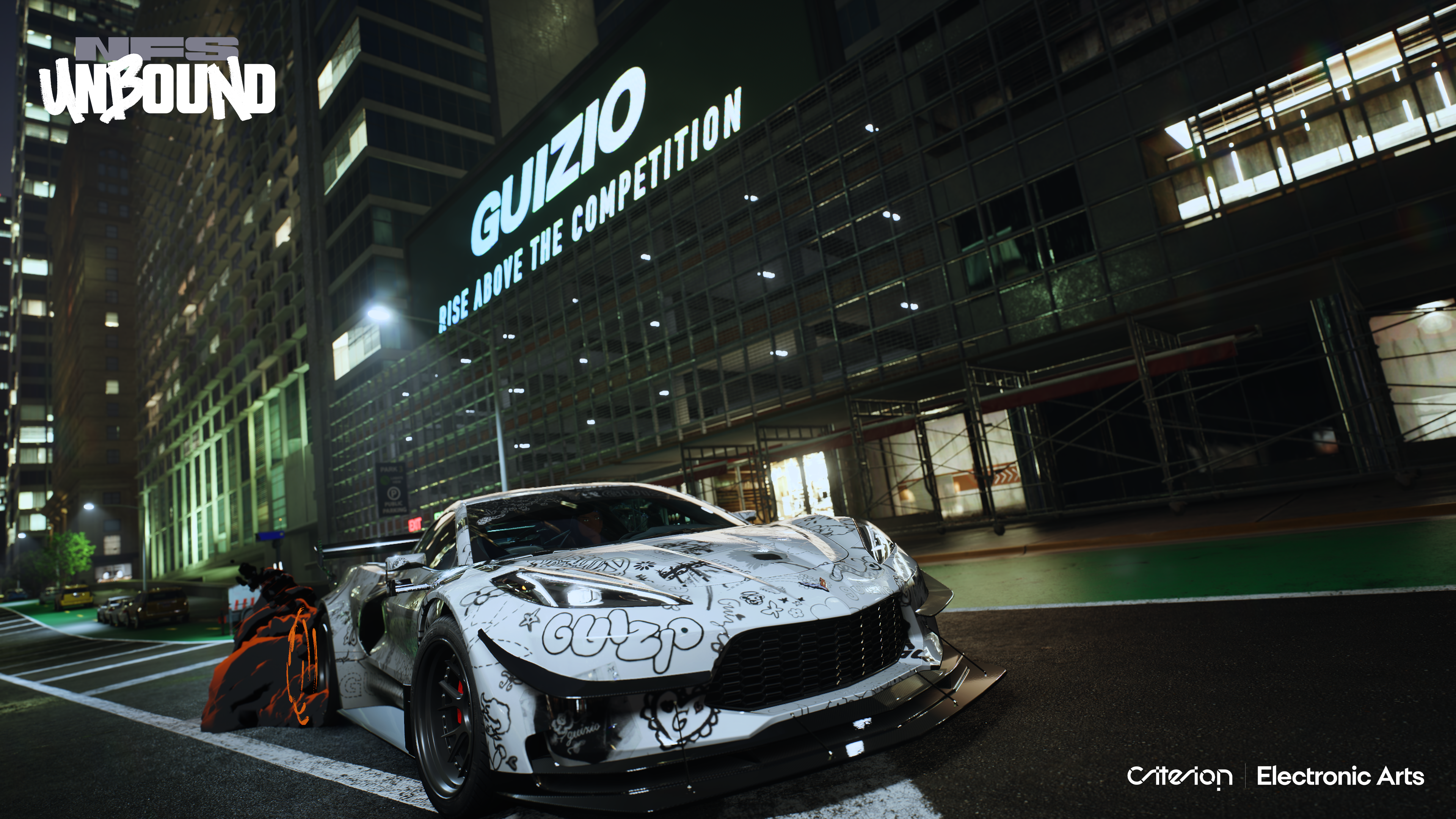 On top of all this, we have incredible performance across different platforms, with Need for Speed Unbound aiming for 4K and 60FPS on the both Xbox Series and PlayStation 5, where all these effects and animations, in-game or in cinematics, take on a unique life of their own.

Unbound’s performance obviously helps to make the driving experience close to excellent. Pulling from 2015’s soft reboot Need for Speed, Unbound revitalizes the Action Camera perspective to great success and is another title that relies on player choices to become truly satisfying through simplified tweaks and upgrades, where, in addition to the power of the cars, it’s almost mandatory to create builds for asphalt racing – with cars less susceptible to skidding, or builds for drift — to take the corners smoothly and with intention.

For those unfamiliar with arcade racers, there is a serious learning curve that, for some, can be frustrating, especially when starting out and the car choice is limited and the car’s performance isn’t available. Sticking with the story might include some eye-rolling from you but is worth it when you begin to unlock the exotic cars.

The Heat system, Unbound’s way of tracking your notoriety with the police, is shared between the day and night cycle, resetting the next day or when you get caught. There is an attempt to create tension with the player, where we have complete a set of challenges per day, or plan which paths around Lakeshore to take. However, as much as I enjoy the challenge being presented by the police, they feel far too volatile and unpredictable when simply cruising around. You might get spotted when all you want to do is cruise through the city and tackle billboards or collectibles but the second you’re spotted you have a small window to get out of sight. I experience far too many close calls avoiding the police but when they spotted me, I had to get the hell out of Dodge.

Despite some minor setbacks, Need for Speed Unbound is the best offering the series has delivered in years. In a year filled with great experiences, I haven’t been able to resist entering Lakeshore and tackling a handful of races at night before zig-zagging city streets to avoid being arrested. The melding of real cars with incredibly animated cartoon and anime-inspired effects delivers a welcome sense of style and flair to the experience without shifting into cringe territory.

Recommended
Despite some minor setbacks, Need for Speed Unbound is the best offering the series has delivered in years.
Liked
Driving and handling are immensely satisfying
Sleek and stylish presentation
Smooth gameplay and stunning visuals
The soundtrack fits like a perfect body kit
Didn't Like
Prologue can be a slog to get through
The Police AI can be overwhelming
Related