From newfound studio, Cold Symmetry comes a new action RPG that gathers inspiration from the Soulsbourne genre. After revealing Mortal Shell developer Cold Symmetry was left with a daunting task: deliver a game that can stand up to the quality titles From Software delivers consistently. For a first outing, I find that the studio somewhat succeeds at the task they envisioned but there is still somewhat more to be desired in a potential sequel.

Delving in the development backstory, Mortal Shell was once known as Dungeonhaven before becoming what it is today. What you’ll notice when you boot up the game, is how it familiar it feels. There’s a lot of inspiration from the Dark Souls series present and that’s not necessarily bad. I felt dismissive of the similarities at the start but the more I played, the more I understood the aesthetic. Even the people you meet sound like NPCs found in a From Software title but that just adds to the overall experience. 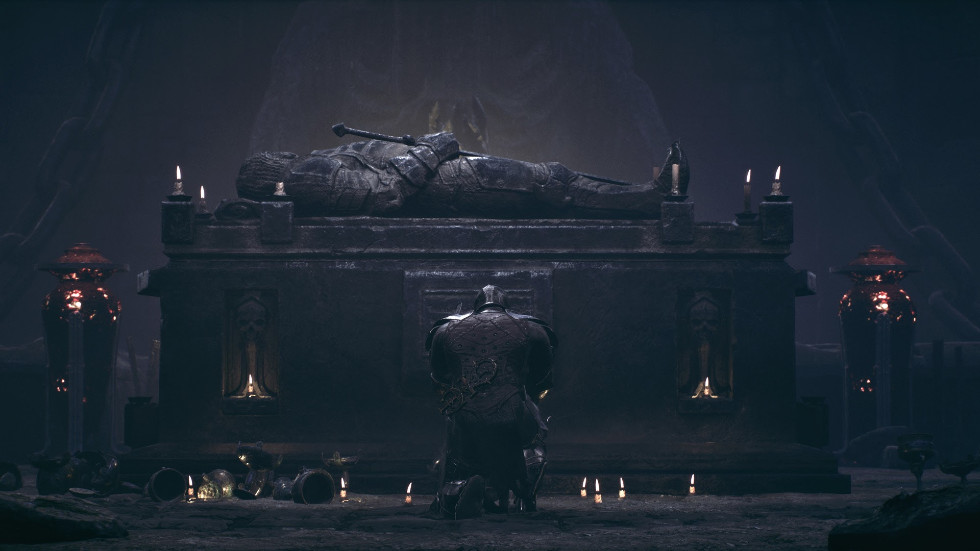 From the start, you’ll need to go against what you know in battle. Sure, there are both light and heavy attacks that deliver hefty and satisfying attacks and these can be chained into combos. Stamina plays a huge part in combat and you’ll need to manage your stamina to survive the harsh world in front of you. There is no block but you can parry, riposte, dodge and harden.

Hardening allows you to prevent any incoming attacks and any enemies who hit you during this will be stunned. It can also be used at any time but at the cost of a cooldown period – it’s best to learn to time and when to best use Hardening. Best of all, all Shells can use the ability even the Foundling form.

In Mortal Shell, you begin as the Foundling, a husk of a shell and the basic form of your character. The Shells found throughout the game include Harros, the Vassa, Tiel, the Acolyte, Solomon, The Scholar, and Eredrim, The Venerable. Shells offer their pros and cons that should be considered. Harros is the most well-rounded of the group and is best to handle most situations. Tiel is faster but has little health, Soloman is a tank but his stamina recovery is an issue, which makes using him a risk vs reward situation. Lastly, Eredrim is the most durable of the group but also has low stamina but is best to deal with enemies. 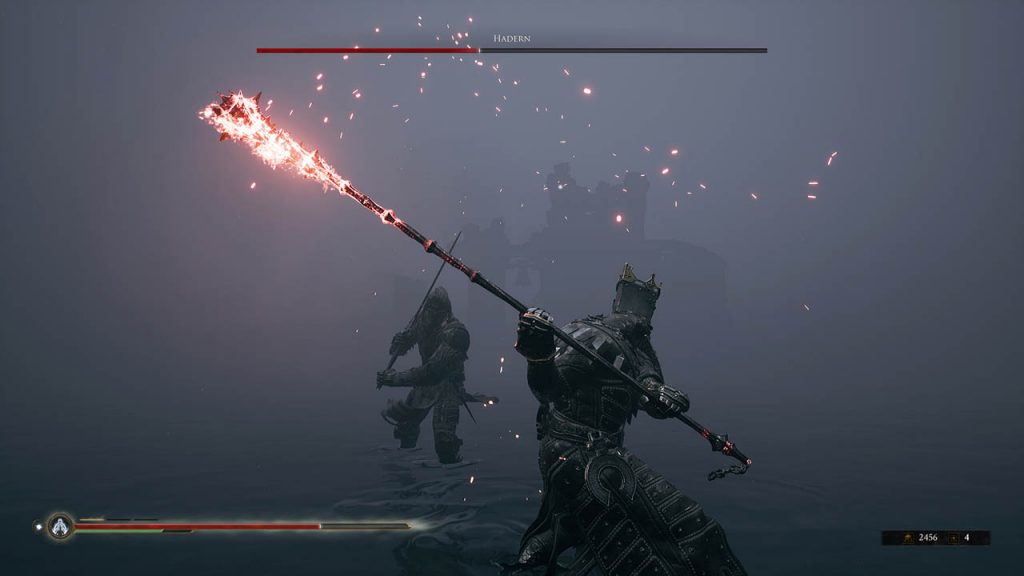 Each Shell comes with a backstory to discover. Tiel has a history with Sester Genessa and even comments on it when you speak to her. Each time you visit her with your Shells, you learn more about them and even new abilities by spending Glimpses. Her dialogue changes depending on what Shell you’re wearing when talking to her, even as a Foundling. They’re usually worth paying attention to as it lays the lore out a bit more.

Each Shell can also be upgraded by unlocking the in-game currency, tar. Instead of a slew of stats to juggle and upgrade, Mortal Shell keeps things simple and tar is used to gain buffs and, in some instances, new attacks. And Hardening isn’t exactly the most interesting thing to be found in the game. No, instead it’s the lack of curable items. If you’ve played a Souls game, you’re familiar with the Estus Flask. Here, if you lose health, the Foundling is knocked out of its Shell, but being extremely vulnerable (one-hit KO weak), you have a chance to re-possess your Shell and regain our health. If you’ve played Sekiro: Shadows Die Twice, the mechanic is similar to reviving here.

Sure, it’s simple and even then, the items you’ll discover are worth becoming familiar with. Some items like the Tarspore will poison you but the more you familiarize yourself, the more immune you become to its effects. Another item, for example, is the Weltcap, an item that with familiarity, consumes no stamina on the next dodge. 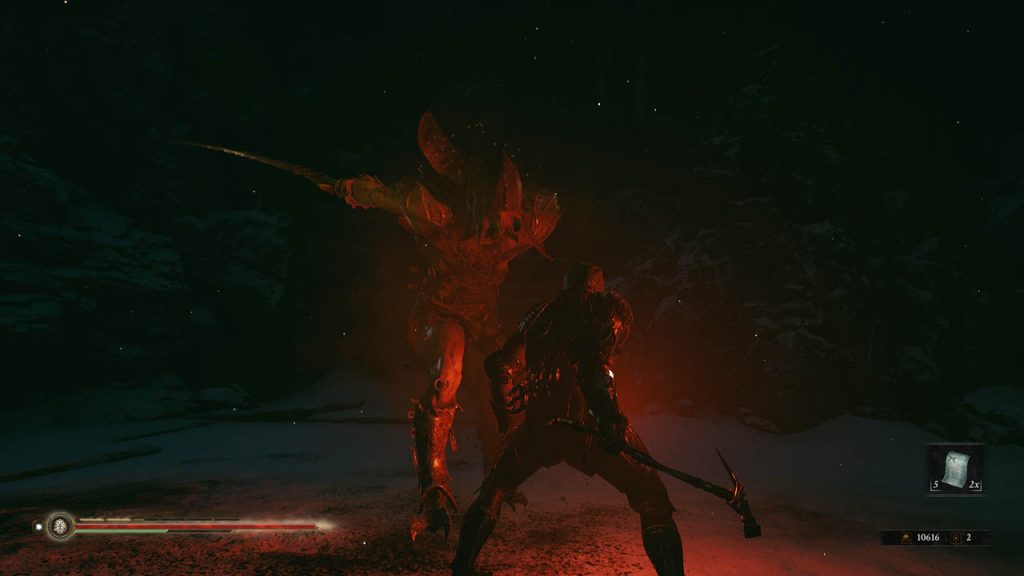 And while I loved the combat, one of the things that didn’t resonate was the world and level design. I enjoyed the macabre aesthetic but besides the hub area, there are only a handful of areas and even those are extensions. Granted, this isn’t necessarily a dealbreaker and the three areas you’ll explore are distinct enough but this world is deserving of more. More areas, more danger, and more shortcuts and branches to discover. The area feels like something from the mind of H.R. Giger, too once you move away from the opening hours and that’s when things begin to come fully into their own.

In Mortal Shell, death will come and when it does, you better be ready to retread your steps. Don’t expect checkpoints to save you here, and the times you’re able to save are few and far. By embarking on the next part of your quest, you’re resigning yourself to your fate and if you lose, you’ll have to repeat whatever it was you were doing. And with that, you’ll do your best to have patience when moving forward as each step could very well end up costing you precious time.

Mortal Shell is a good first outing for the Cold Symmetry and is a satisfying experience if you have the patience to complete it. Is the punishment of playing the game worth it? I’d wager that yes; it is thanks to the mechanics and combat – two things that elevate the experience. Some of the new ideas that Mortal Shell brings to the table end up working and the level of overall polish and world-building are good, even if the areas are limited but dissimilar. What makes this a good game is how tight the experience is: it offers a core gameplay loop that doesn’t overstay its welcome and has enough to keep you invested right until the end.