I can’t think of any luckier fans than the Monster Hunter fans. In the first half of 2021, Capcom’s launched two stellar games on the Nintendo Switch – Monster Hunter Rise in March and Monster Hunter Stories 2: Wings of Ruin in July. Capcom’s beloved series has been around for over two decades but has seen a surge in popularity when Monster Hunter World launched in 2018.

Anyone who’s ever played Monster Hunter either adores the gameplay or doesn’t understand it. Newer games in the series have made it easier for a wider audience to join the hunt. That’s the mainline series though and why I wanted to mention the difficulty is because Monster Hunter Stories 2: Wings of Ruin is a complete off-shoot that began on the Nintendo 3DS.

If you’re wondering whether or not you need to have played the first game to understand the sequel, it isn’t necessary as it is a separate plot with new characters. Some characters and ideas return from the original Monster Hunter Stories but there are tons of new faces and mechanics, too.

Monster Hunter Stories 2: Wings of Ruin is a standalone adventure

Like comfort food for the soul, traditional RPG mechanics always make me feel homely. Sure, it may not be fast-paced like Final Fantasy VII Remake but going at your own pace has always been my preferential style of most battle systems because I like to plan my tactics and movements.

Monster Hunter Stories 2: Wings of Ruin focuses on a customizable protagonist who happens to be the descendent of the legendary Monster Rider Red, who tamed a Rathalos as his partner. As his living legacy, you are one day given an unhatched Rathalos egg that may save the world or ruin it. A lot of the plot pushes your party forward looking for answers about the egg and the truth behind it. 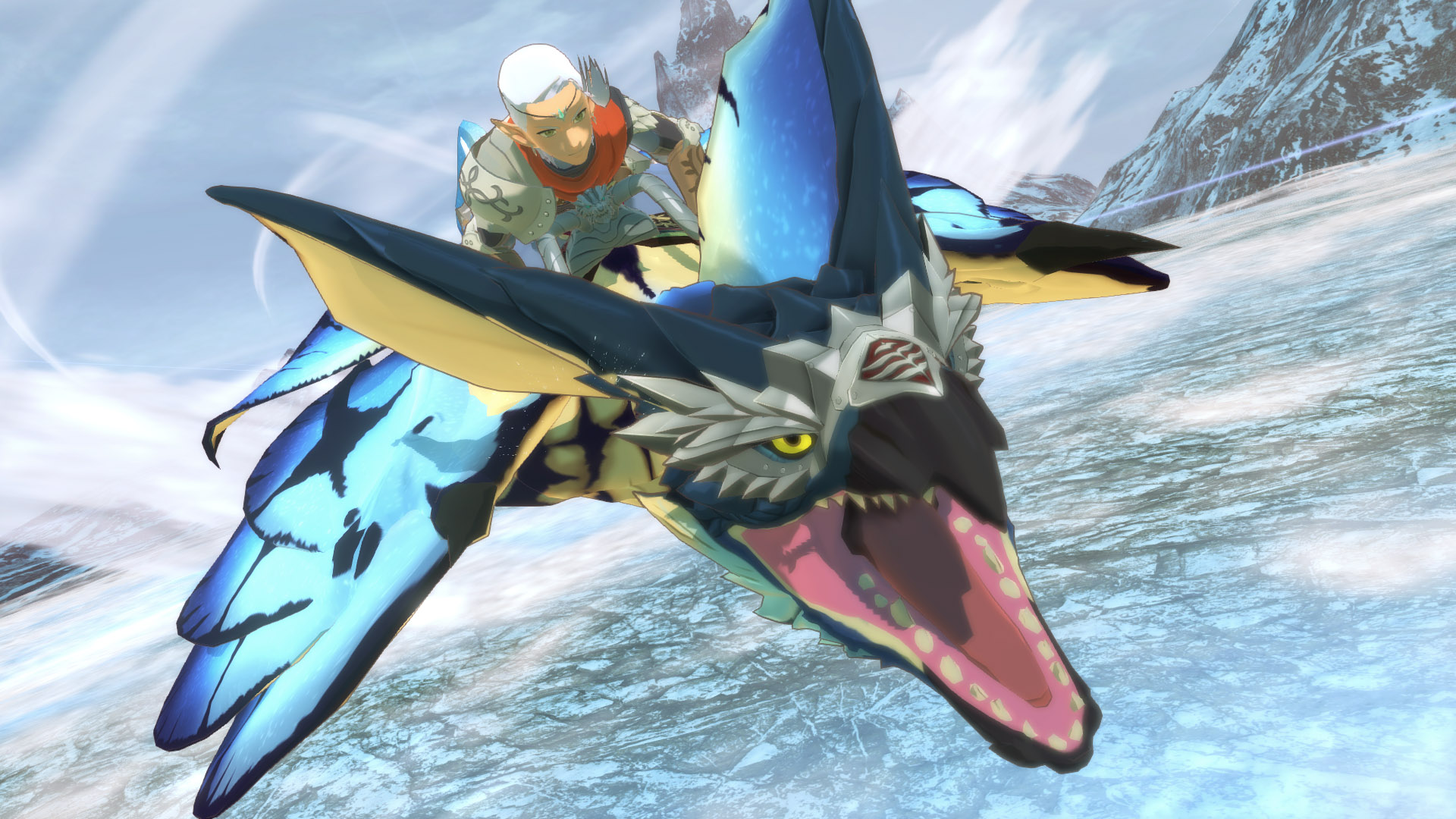 The plot is fairly standard and while it doesn’t do anything particularly exciting, it’s doing just enough to keep you moving forward. A lot of the topics at hand focus on the balance between humans and the world, and often the cutscenes do a lot of the heavy lifting that offered hilarious and sometimes emotional moments. One of the biggest annoyances is Navirou, a Felyne who speaks almost entirely in cat puns that annoy me to no end. 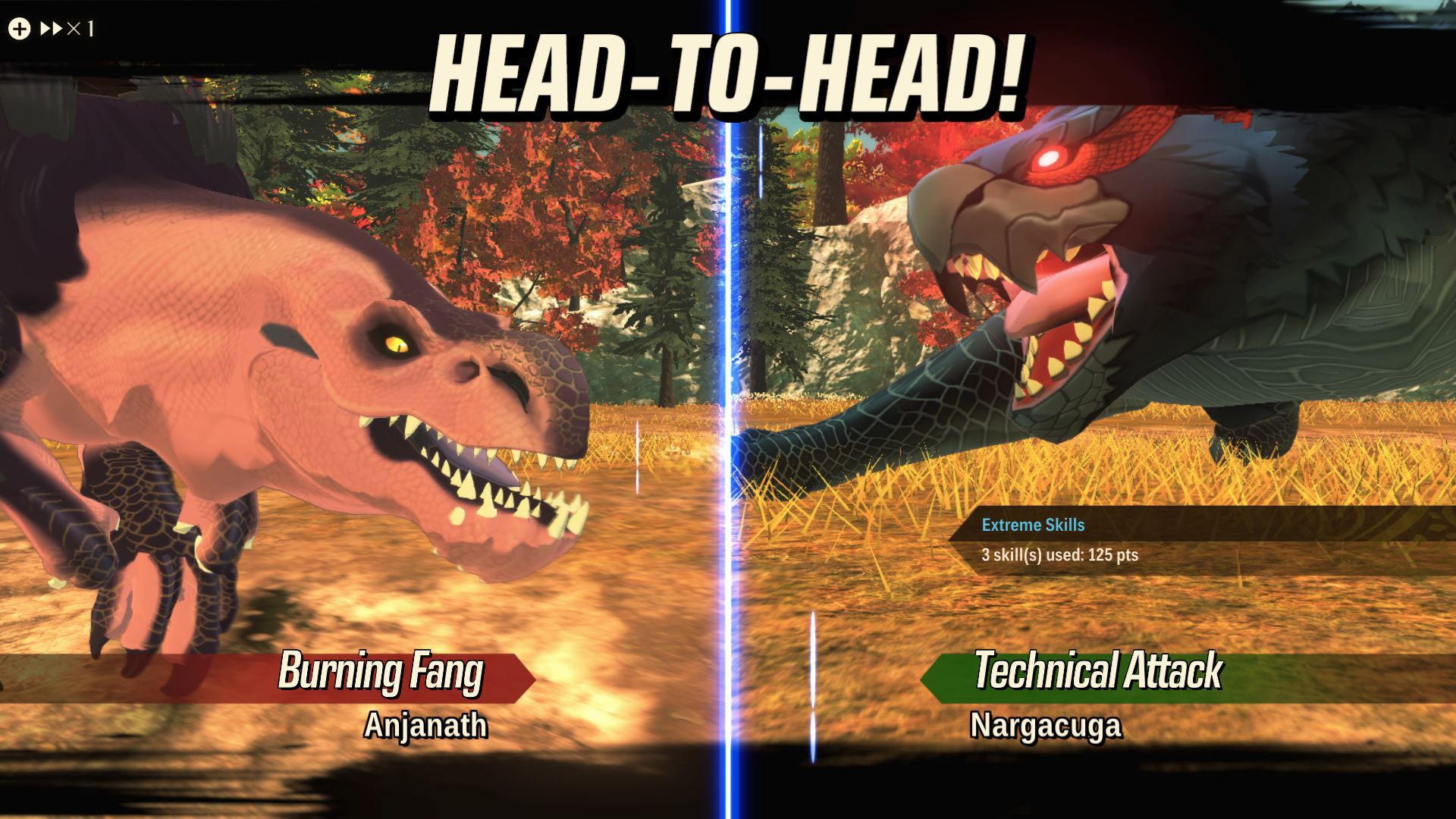 As I mentioned earlier, the battle system is turn-based and a returning mechanic from Monster Hunter Stories is the rock-paper-scissors format ­of Power, Speed, and Technical. It’s essentially a triangle-style system where Power (Red) beats Technical, Technical (Green) beats Speed, and Speed (Blue) beats Power. Monsters are smart enough to switch attack types sometimes and you’re often left to figure out the best course of action. This only matters when you enter a Head-to-Head battle, putting you and the enemy against each other. Whoever succeeds in winning the draw deals a significant amount of damage to the opponent. 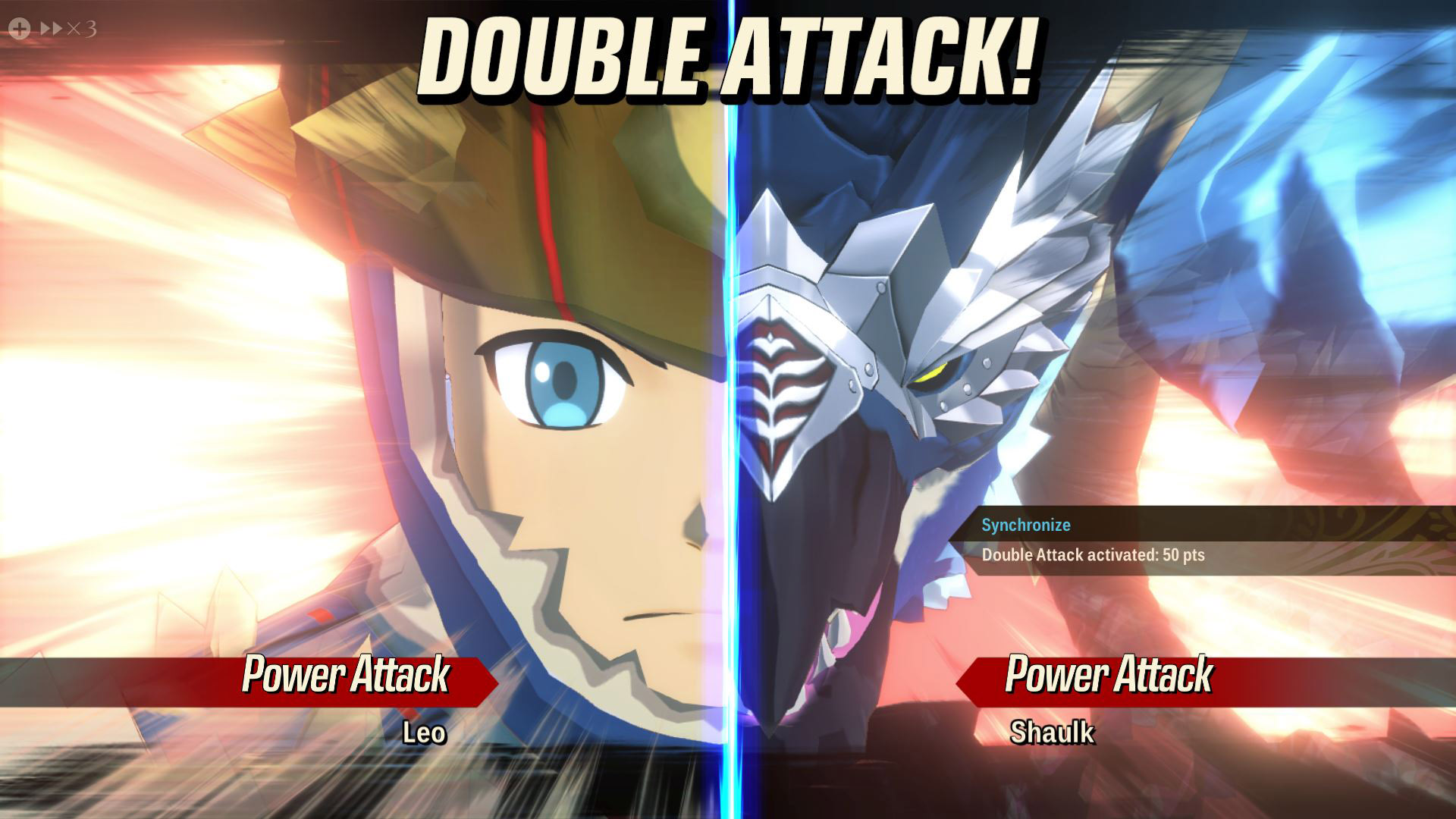 As a Monster Rider, you need to master using the right weapon type, as some monsters are weak to slash attacks, piercing, or blunt strikes. You can also master elements and use skills to overcome threats. Learning how a monster fights is key to winning, and you’ll learn how to target specific body parts and break them to succeed. There are some changes I appreciate in the sequel including the ability to better understand the enemy’s movements.

Riders can also join forces with their Monsties and other Battle Buddy characters to unleash devastating Kinship Attacks that can change the flow of battle. Kinship Attacks are some of the coolest attacks in the game, feeling like inspired anime moves more than anything. I’ve also appreciated any RPG that allows you to speed up battles, by saving time on fighting weak enemies. 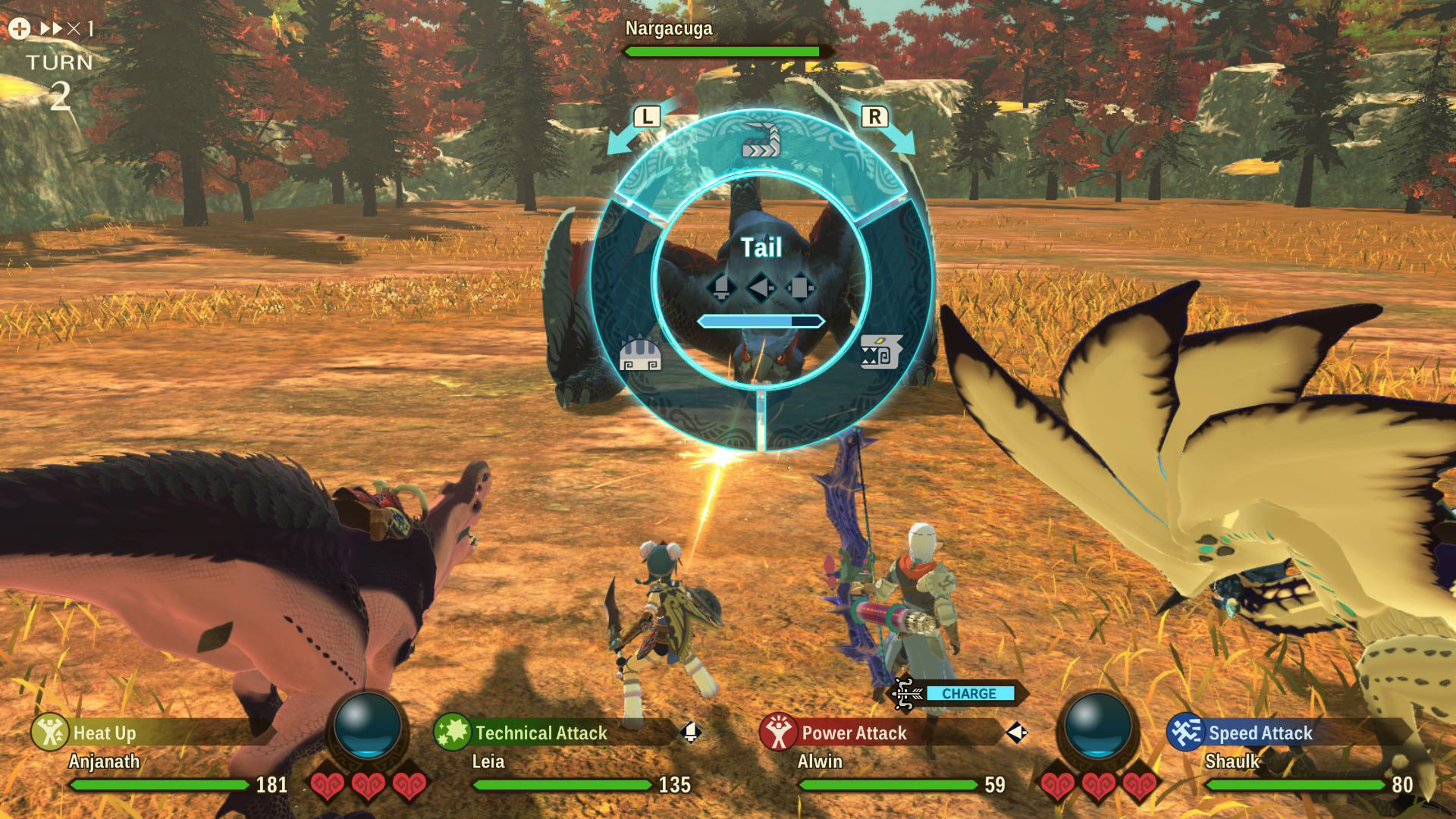 Speaking of Monsties, you have over 100 of them to collect and you’ll find them by exploring Monster Dens. From here, you’ll search their nests for eggs, which may have a monster guarding the nest sometimes, before you take the egg back to town and hatch it. Once it’s hatched, it can either join the party, head out on expeditions, or through the Rite of Channelling, a mechanic that allows you to transfer skills between Monsties. 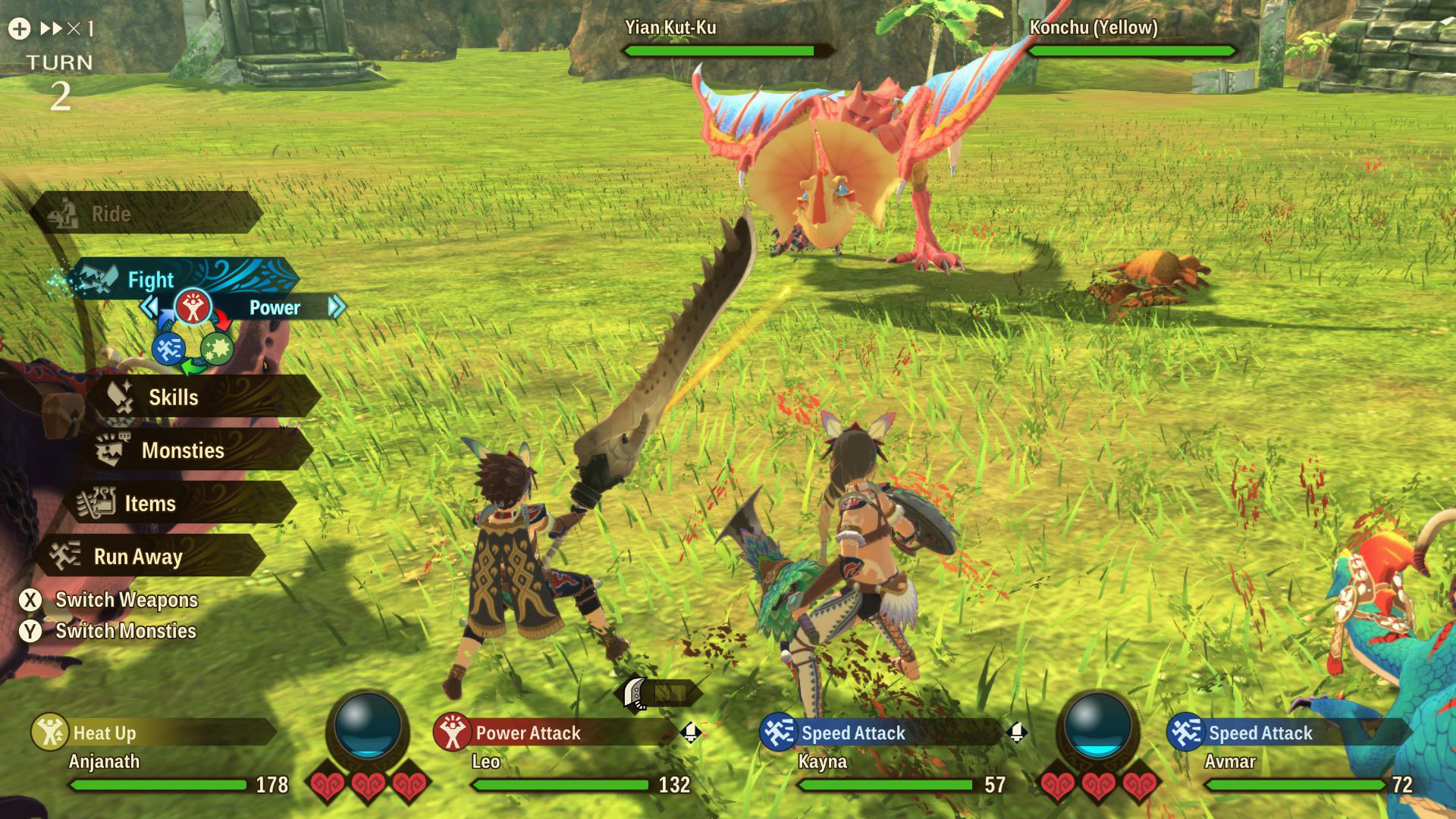 Performance on the Nintendo Switch feels a bit mixed to me. While Monster Hunter Stories 2: Wings of Ruin is gorgeous, the frame rate takes a hit far too often. Coming off this week’s new Nintendo Switch OLED model reveal, it’s jarring to see Nintendo decide to upgrade the screen but leave the internals nearly the exact same. Games on the Switch these days seem to be mired with performance issues and it is frustrating as a Nintendo fan that the company isn’t addressing these concerns nearly four years after launching.