I have had a weird relationship with the Monster Hunter series over the years. The older titles in the series, I can’t say I cared for and a lot of these games never resonated with me. I’d even go as far as saying they left nothing but a bad taste in my mouth.  However, as I’ve gotten older, my preferences have shifted and I’m much more open to playing a swathe of different titles these days. It’s why I’ve grown to respect Monster Hunter as a series and why I thoroughly enjoyed Monster Hunter: World, and Monster Hunter Stories among the numerous games in the series.

The Monster Hunter series has felt far too complex for me and that’s why I’ve always felt like an outsider when a new game would be announced. If you’re a newcomer to the series, then you’ll likely be overwhelmed by the various systems and the complexity of how things work, and the gameplay often moves far faster than you can process what’s happening. These decisions from the developers are deliberate and there are a whole lot of things that work to offer the experience only the Monster Hunter has been able to deliver over the last two decades. And that’s where I’ve always found myself falling behind – learning how to cook the right dishes, hunting the right monster so I can get the best gear, moving into the next hunt and mastering the mechanics.

Capcom has been listening over the last several years and their openness to change is why so many of their recent games have been critical successes. Using a customized iteration of the RE Engine, Monster Hunter Rise is one of the best titles you can own on the Nintendo Switch. The game is gorgeous to look at, plays like a dream on my television and in my hands, and is highly optimized for the hardware it is running on.

Monster Hunter Rise begins with you creating your hunter and finding yourself in the village of Kamura. For the most part, each game begins the same as you quickly learn your village is being overrun with massive beasts and it is up to you to quell the onslaught of massive monsters. From the start, the village is clearly inspired by feudal Japanese culture, unlike in World, which felt vastly different, in a sort of cobbled-together mishmash. Kamura serves as the hub and where you’ll spend a lot of time within the village. 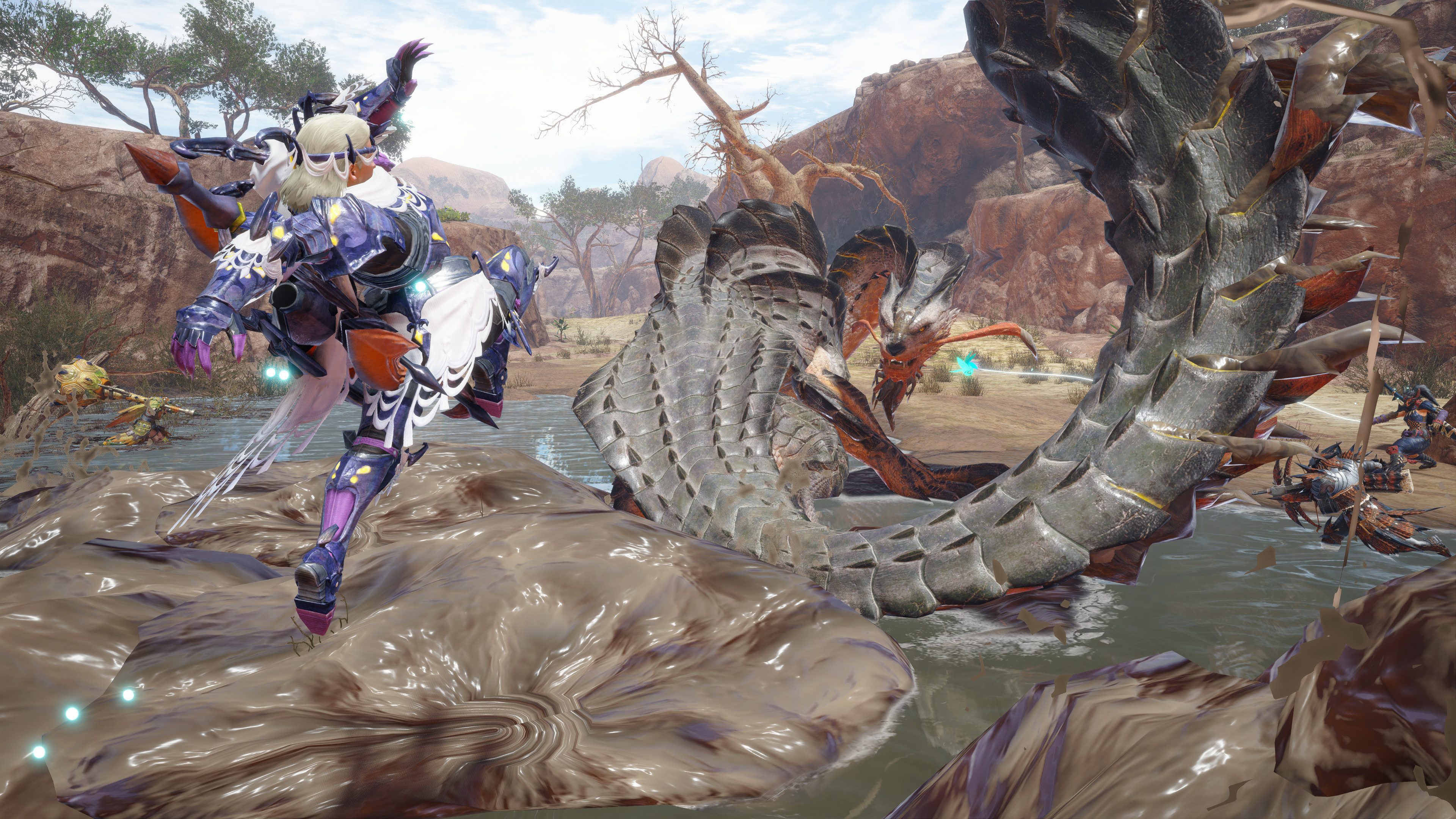 Characters you’ll meet in Rise are often funny and charming, but the voice acting is at times cringe-worthy and lacking in substance. The localization isn’t nearly as good as in World but it’s noticeable listening and hearing how people respond to you. There’s also some weird mismatched timing when characters speak and their mouths flap to the Japanese script rather than the English script, it’s nothing of concern but it is noticeable. 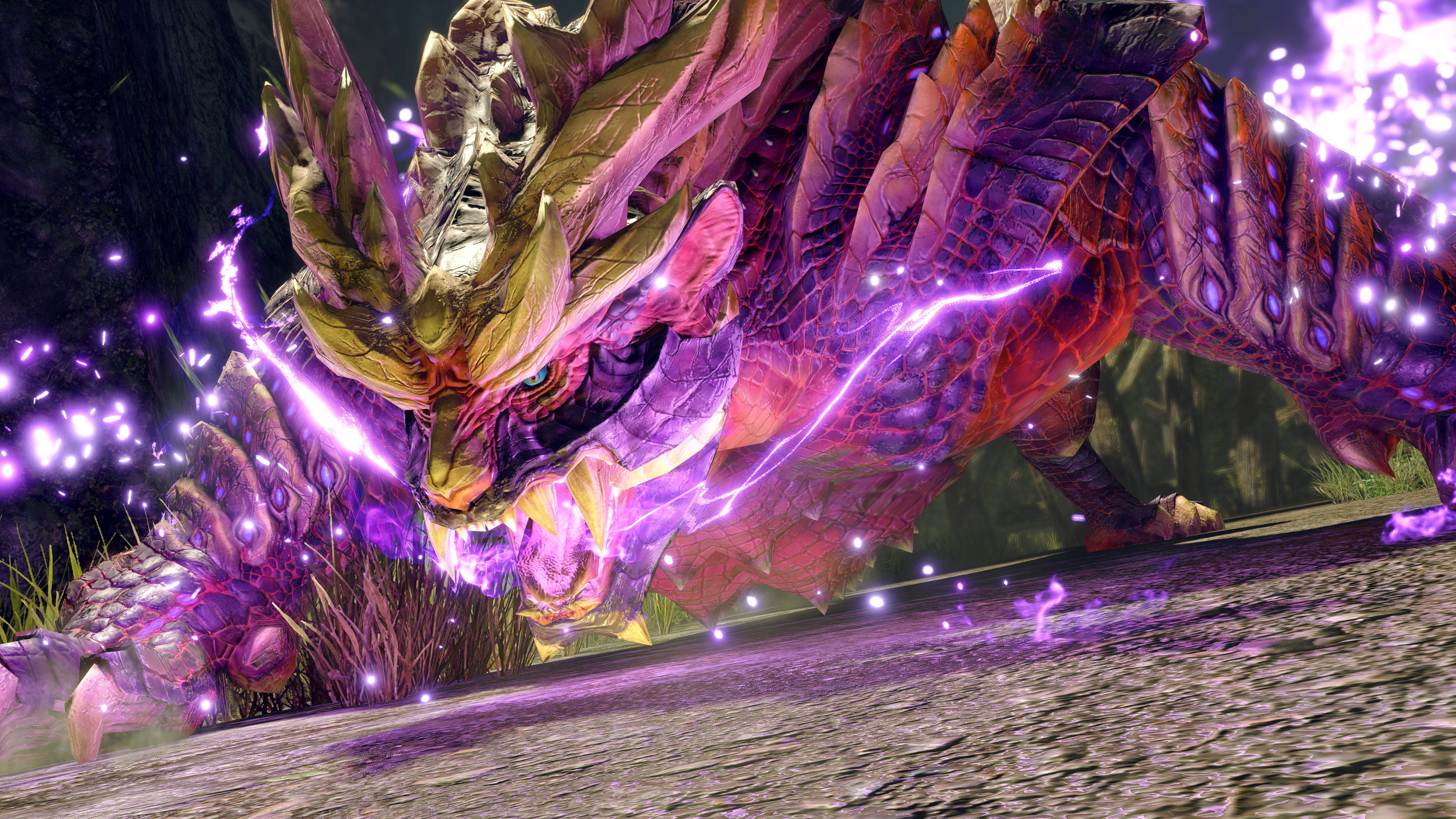 So how does it play, you might wonder? Well, for starters, the series is once again streamlined much like 2018’s Monster Hunter: World. A lot of the aspects of that game were updated and adjusted, allowing anyone who wanted to play, the ability to do so. Rise feels like the next step up from previous games and benefits from the systems streamlined in World.

And if you’ve ever felt like playing Monster Hunter was clunky (and it certainly was), the Wirebug is here to make you a believer. Using the new grappling hook tool makes traversal fun and works well in and out of battle. You can move around much more intuitively thanks to the Wirebug and its unlimited use make it a commendable tool to always keep in mind. The Wirebug becomes essential once you learn importantly it is. In combat, it’ll save your life when you have a sliver of health left and need to put distance between you and your mark, outside of combat, it gives you the momentum to move longer distances. If you get knocked down or stunned, the Wirebug comes in the clutch to get you out of a bad situation. You just need to keep an eye on the cooldown meter and figure out the opportune moment to use it. 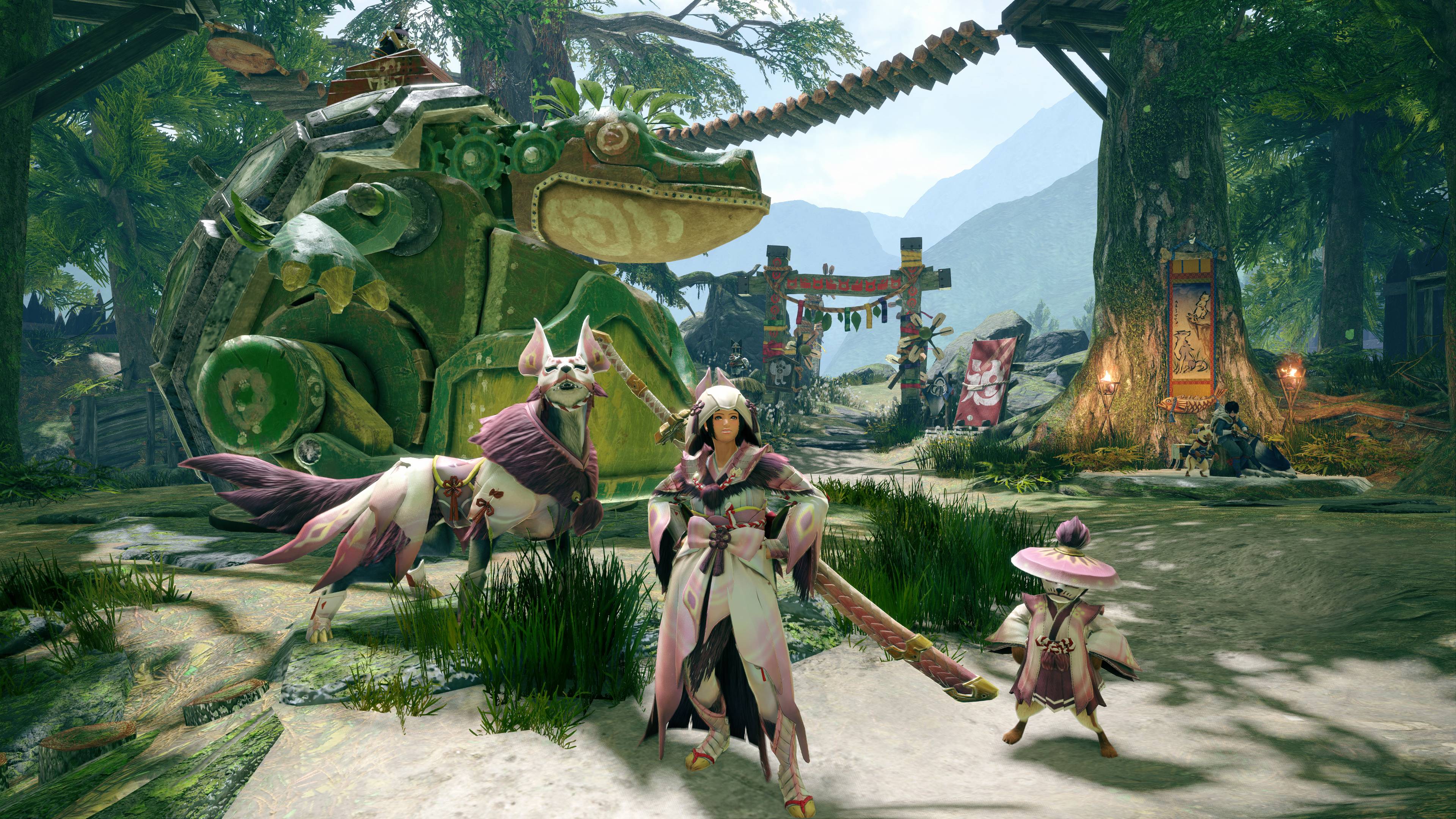 And the Wirebug’s Silkbind technique is a game-changer. Basically, you sacrifice a portion of your Wirebug gauge to initiate an attack based on the weapon you’re using in battle. With some weapons, you may increase attack power for a limited time while others initiate a leaping attack or a charging attack toward enemies. The inclusion of the ability opens how battle hunts play out and offer an exciting mechanic that may shift the tide, you just need to be wary of when to use it.

I haven’t even mentioned the inclusion of the Palamute who serves as your best friend and companion. Knowing your dog has your back against the odds is great and you can equip them with armour sets to negate damage, they can heal you in battle, take the focus away from you, and deal damage. The best thing about them, though is you can ride on their backs and get around the map faster than on foot. 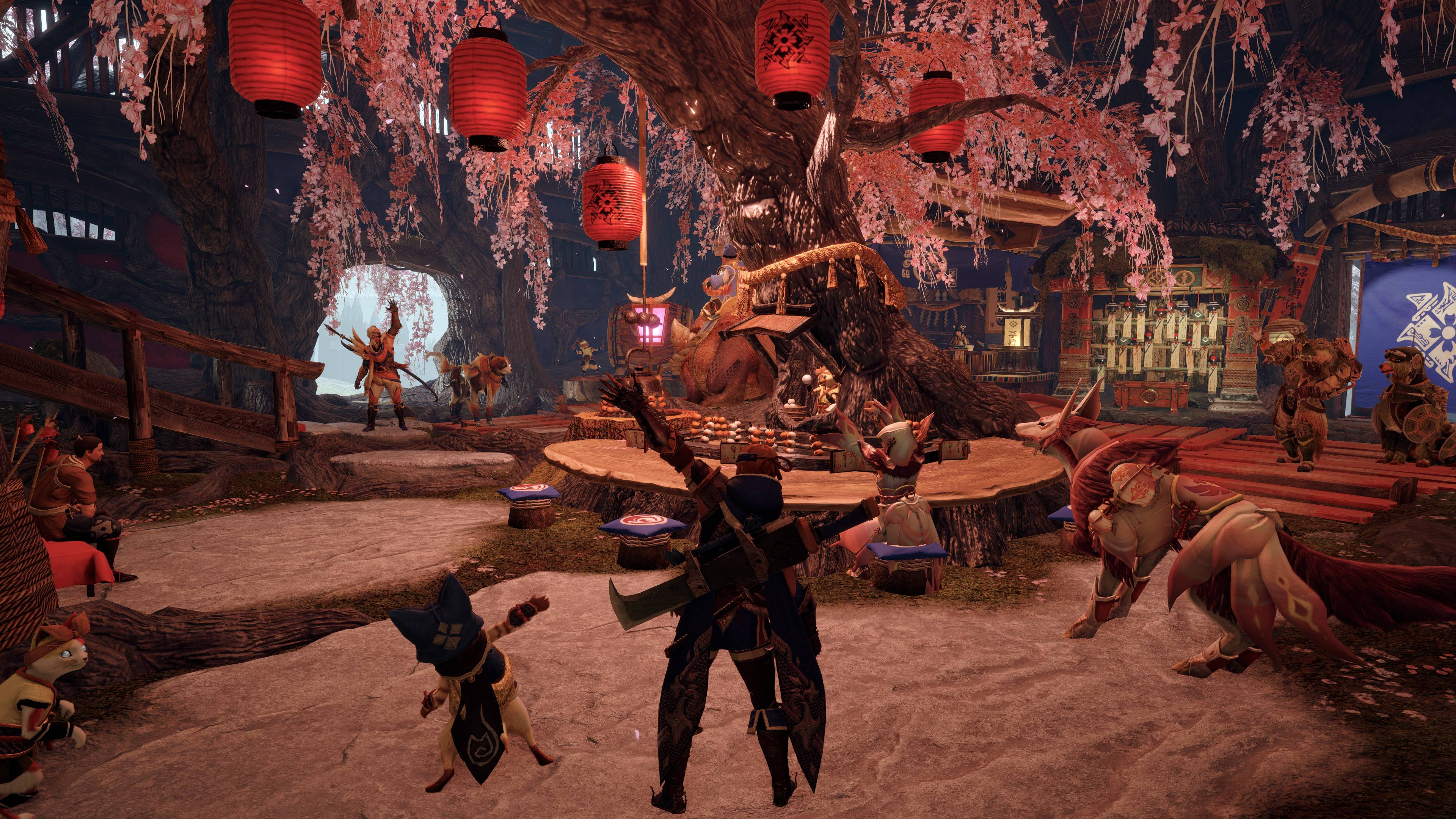 Aside from the standard missions available in Monster Hunter Rise, the new Rampage Quests are where a great challenge waits. I can only describe the mode as a blended version of hunting and a tower defence game. You layout artillery such as cannons and ballista around several gates that protect you from monsters. Placing bombs and other units to slow the invasion is critical to success as monsters move in on your position. I wasn’t the biggest fan of Rampage Quests but honestly, the more time you spend learning how things work, the more fun it becomes. And if you invest time and shift the difficulty, Apex monsters begin appearing and the challenge ramps up exponentially by facing them. 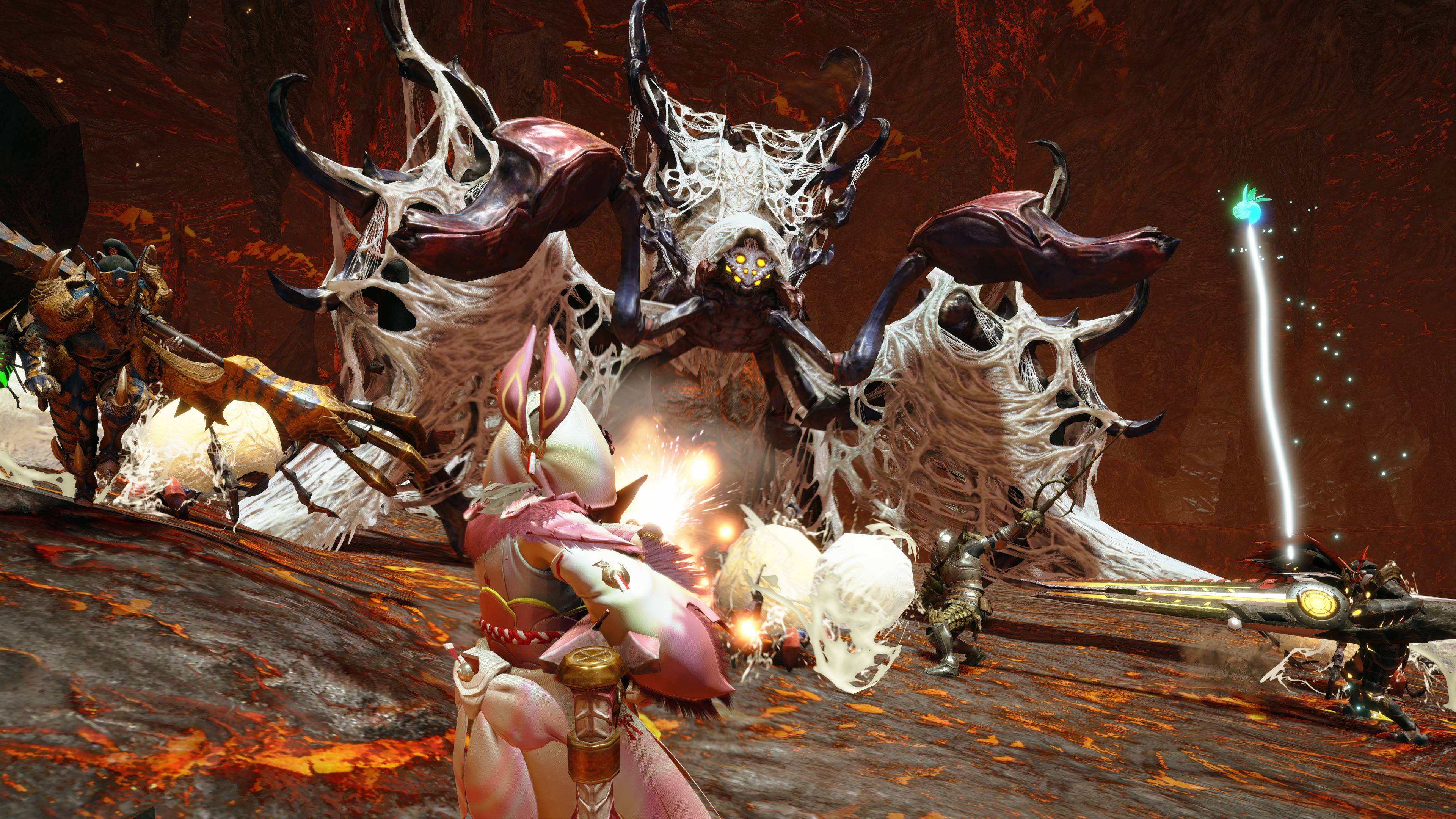 So, a lot of what you’ll find in the game is great and Monster Hunter Rise is an easy recommendation, but the thing is, the series is known for endgame content. How does Rise handle that, you may be wondering, and the answer is not well, at least yet. Once you finish the Village and Hub quests, that’s pretty much the end of the game. Capcom has promised more content is coming in the future so you’ll need to hold out while they work on delivering content.

PlayStation and Xbox players will be able to experience Monster Hunter Rise in 4K and 60 FPS or 1080p and 120 FPS. This is easily a massive step up from the Switch port, having launched at 30 FPS in 2021. I wouldn’t say it’s an incredible port given it was originally developed for Nintendo’s platform but it looks good given the path it took to arrive on next-gen consoles. 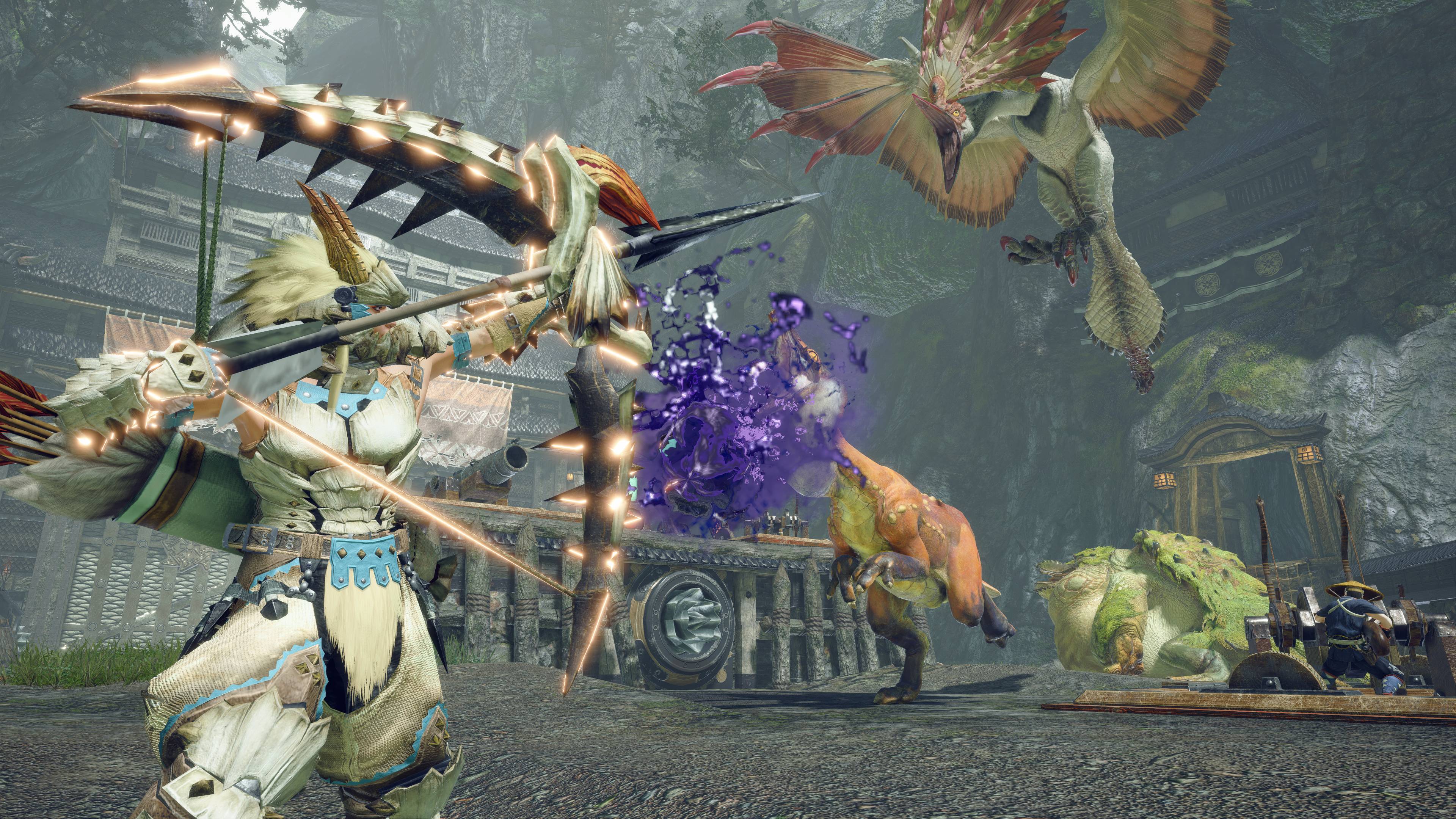 The thing is after Capcom launched Monster Hunter Rise: Sunbreak, it’s hard to come back to after spending hours with the new content. The new weapons and abilities alone make me miss the expansion, so you’ll miss out on several Switch Skill options. Granted, this is also a wonderful entry point for those who may have missed out on Monster Hunter: World.

I’m also a bit disappointed there is no way to move my save from the Switch to PlayStation. There is also a lack of crossplay which is a shame given that Monster Hunter Rise is going to be available on Xbox Game Pass this week. Xbox and PC players will be bundled together so PlayStation, Steam, and Switch players are left to their devices. 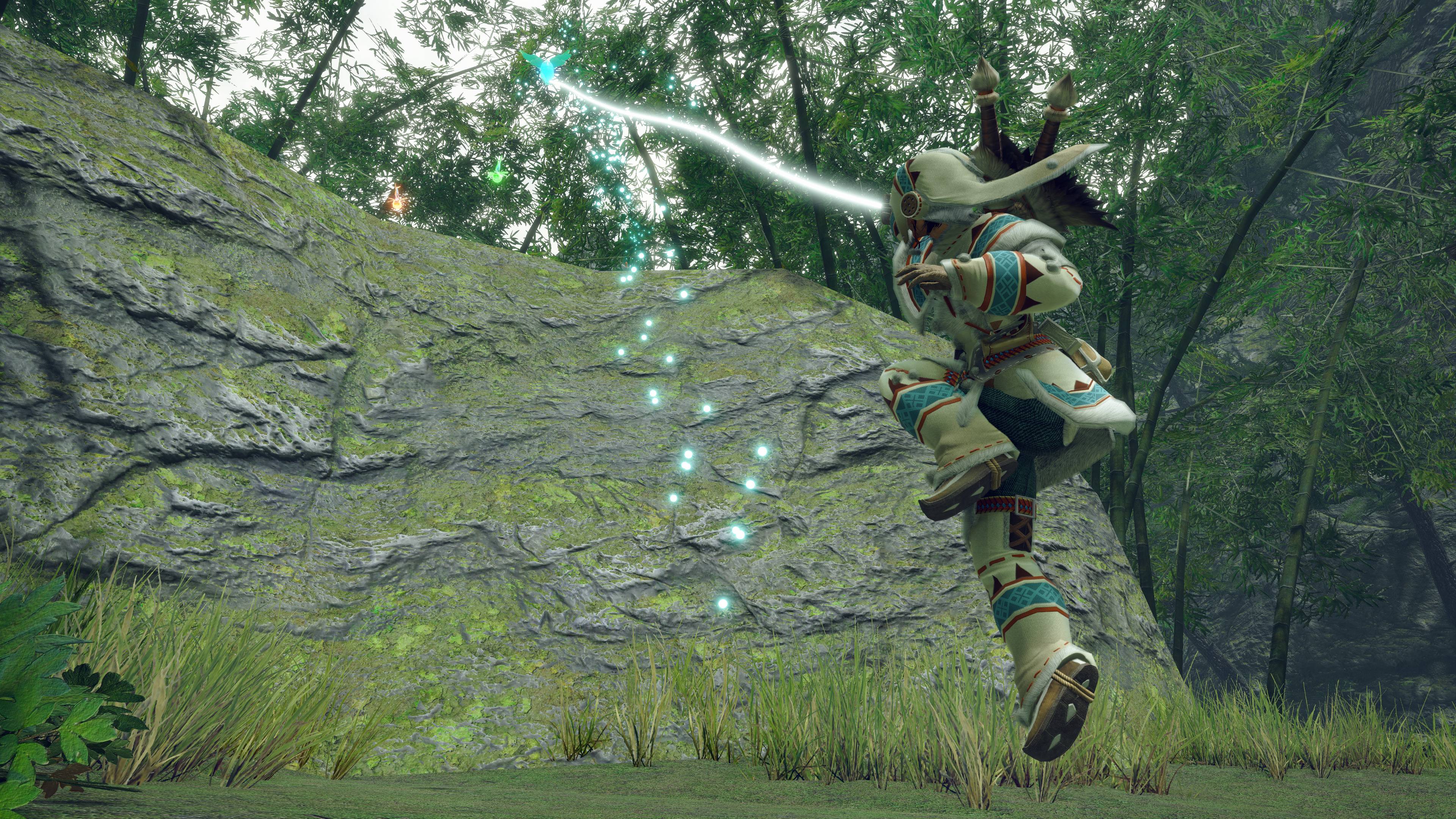 Monster Hunter Rise is a must-own. By making the various systems streamlined and much more accessible, more players can join the hunt and experience the excitement of tracking down Magnamalo and collecting the reward for slaying said massive beast. The introduction of new mechanics like the Wirebug makes traversal fun and adds a new level of mobility the series hasn’t seen before and adds more layers to encounters if you learn to master its use. There’s so much to like about Monster Hunter Rise that it’s made better by the fact it’s also a perfect portable title that has satisfying combat and a wealth of content to keep you busy for hours, the only slog is the opening tutorial sections, but once you get past that, there’s a new world to discover and save.

Recommended
Liked
Improved graphics and performance
Great entry point for newcomers
Fun with friends!
Didn't Like
There is no Sunbreak DLC available
Lack of crossplay and cross-progression
Related