The introductory video showcasing the return of spring brings about a new season of Major League Baseball and it is sure to get the blood flowing as fans around the world have been waiting to see their teams return to action with the hope of winning the World Series. Every year we see improvements to an already well-established franchise, but continual growth and innovative gameplay experiences is what will keep players returning. We will venture across numerous stadiums and swing the bat for the hope of victory. All will be uncovered within MLB The Show 19. 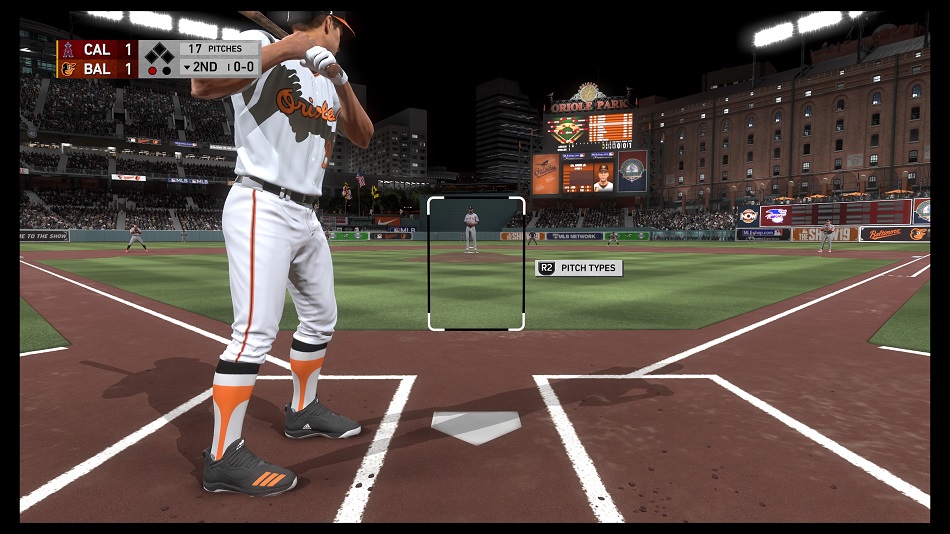 This year’s release of MLB The Show 19 puts an emphasis on the individual within the team as their scores heavily impact their skills on the field and in the batter’s box. Batting has seen several enhancements in the past years, but defensive capabilities has been left on the sidelines as animations and responsiveness has leaned more towards the automated side of the spectrum, until now. Players who are graded more positively will have several advantages on the field such as the ability to better read its position, and destination if in the outfield, and to be able to remedy the situation more quickly. Movement feels more fluid while approaching the ball and mistakes will occur that removes the idea of an automated process. I quickly encountered that I was fumbling several infield plays only to quickly recover and get the runner out at first. This experience adds the human element as errors are now more prone to take place if your defensive timing and skillset is underwhelming, or highly skilled players can be relied upon to make continual game-saving plays. 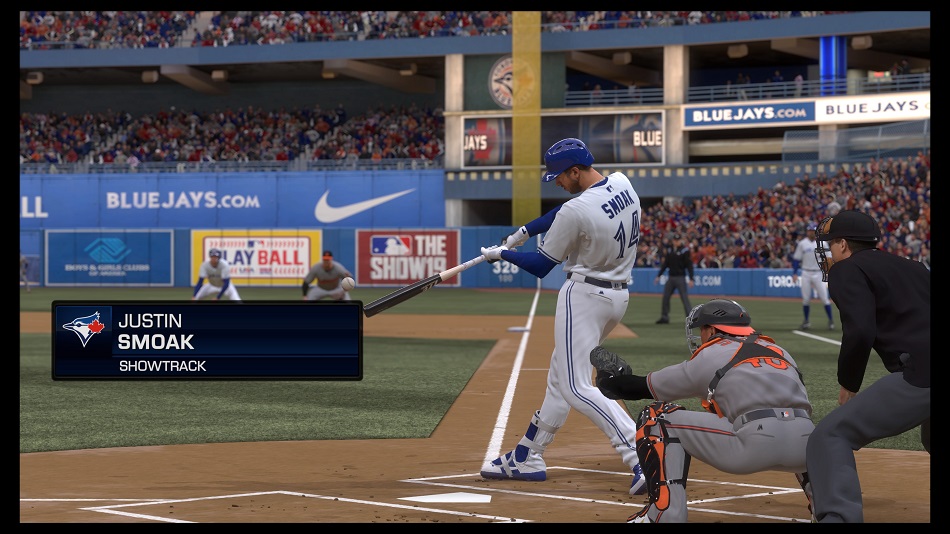 Every yearly iteration to the franchise sees progression in the fine tuning and polish of various game mechanics and modes that continue to offer the most realistic and complete sports title that is on the market today. Visuals improve ever year with closer similarities between the players and the crowds in the stands watching the spectacle continue to impress from the cardboard cutouts from many years ago. Franchise mode is still a favourite among the options available, but I believe this year’s newest game modes will overshadow what franchise has to offer.

The Road to the Show mode introduces a new personality system, which joins the previous archetype, perks, and dialogue choices to create an immersive RPG-like baseball experience. The inclusion of mini-games such as weight lifting are a fun addition to help mold the traits of your character. The player cap has also been removed so you can increase your player’s stats up to an overall score of 99, but it will take time to increase the numbers across all aspects. Every action and decision you make throughout the career will impact your character’s approach to each specific situation they find themselves in. 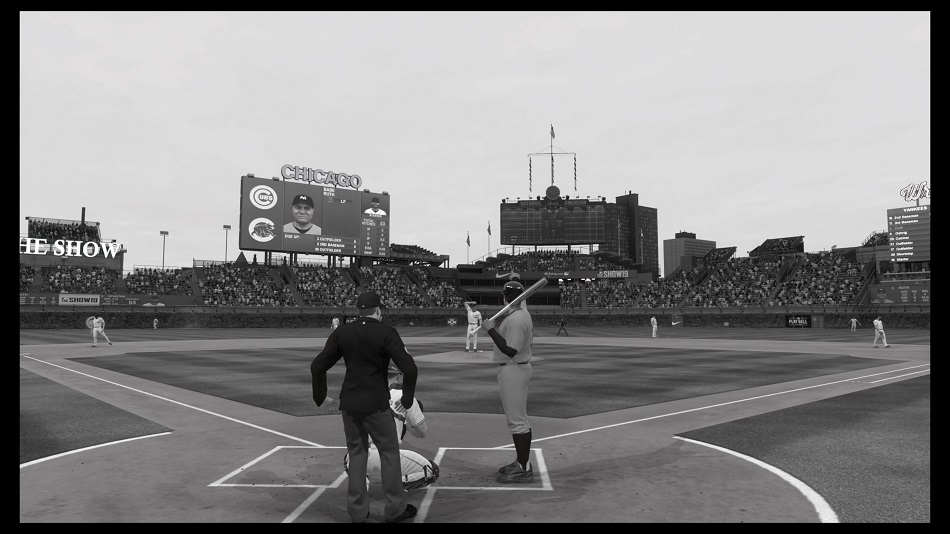 The newest mode, March to October, has players selecting a team of their preference with the ultimate goal of overcoming the many trials before them to claim victory at the World Series. This mode is essentially a replacement for franchise mode, but it is well rounded with plenty of options for players to decide on what to partake in and what to simulate. You are also placed within opportune moments to make a name for yourself and the outcome will be a direct result of your actions. Positive results will greatly aid your team as they progress towards the playoffs while fairing negatively will lead to additional lost chances as you auto simulate future games.

Another new Moments mode lets players relive various historic moments from the onset of Major League Baseball until modern day. These moments, or challenges, will have you walking in the footsteps of legends such as Babe Ruth, Willie Mays, Cal Ripken Jr., and even Jose Bautista. The older moments have you visiting historic stadiums with a monochrome filter applied, but the excitement is short-lived. Seeing Babe Ruth point to center field and re-watching Jose Bautista’s bat flip was fun, but the experience is over quickly and easily forgotten. Completing the specific moment will quickly put you to a completion screen where you can exit and continue on your baseball journey. 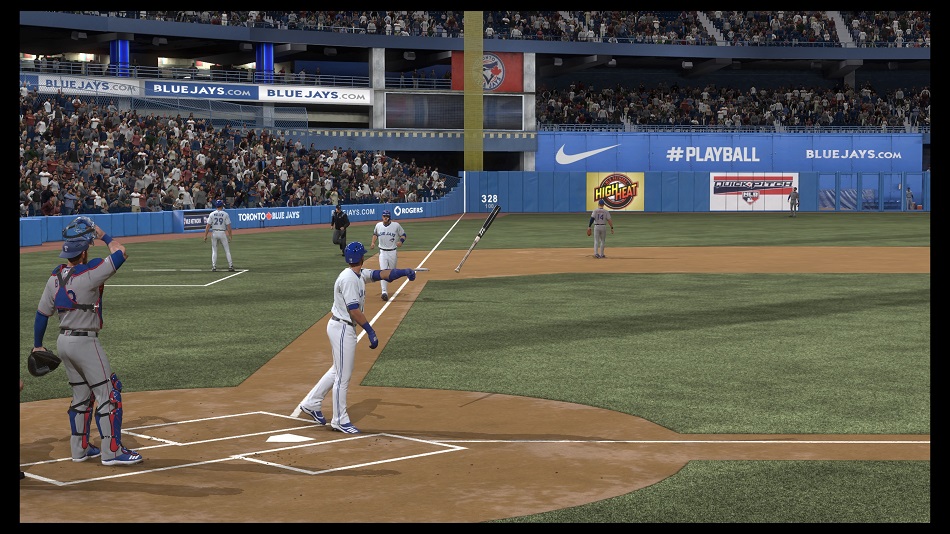 The Diamond Dynasty card collection mode returns that will let players assemble the teams of their preference while competing for the top spot. The mode is intertwined with several others in MLB The Show 19 as March to October and the Moments mode will reward you with collectible cards, making them a welcoming task to complete for not only the experience, but also for the cards that can be acquired. Battle royale continues to offer some of the most exciting gameplay moments where you will put your card decks to the test and compete with players around the world for ultimate rewards. 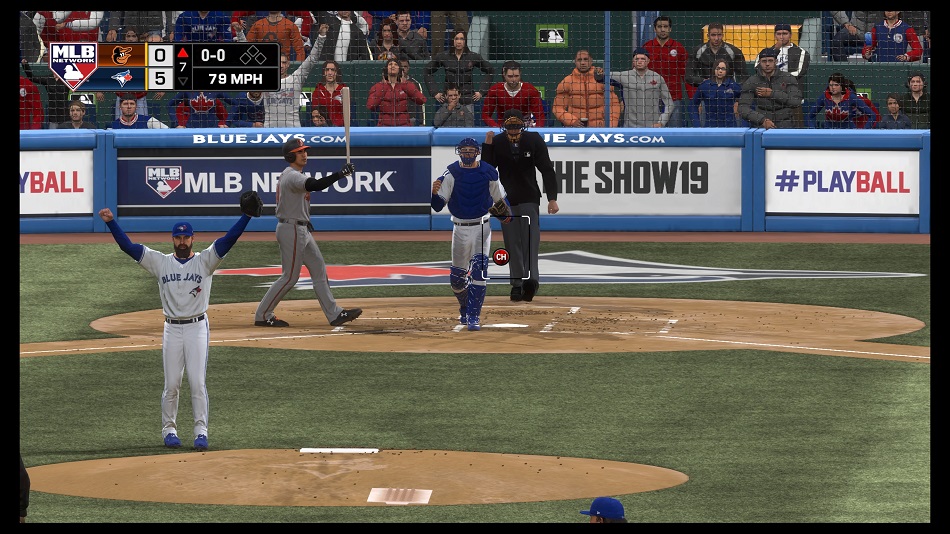 MLB The Show 19 offers countless hours of baseball entertainment, either as an individual growing through the ranks, or as a team with your sights set on winning the World Series. Every yearly iteration sees new enhancements to the overall presentation and core game mechanics, but this year’s emphasis was on improving the overall defensive experience, which has been improved drastically. New game modes such as March to October and Moments present players with various alternative experiences and Diamond Dynasty continues to offer the most complete ultimate competitive team experience. MLB The Show 19 is highly recommended as it continues to take one stride at a time and we continue to look forward to what next year brings. Perhaps one year we will see the ability to let players create their own game case cover with a picture of themselves on it to complete the experience of the game catering to the individual. Play ball! 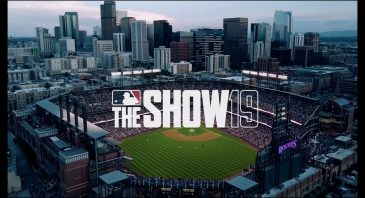 Starlink: Battle For Atlas No Longer Getting Physical Toys