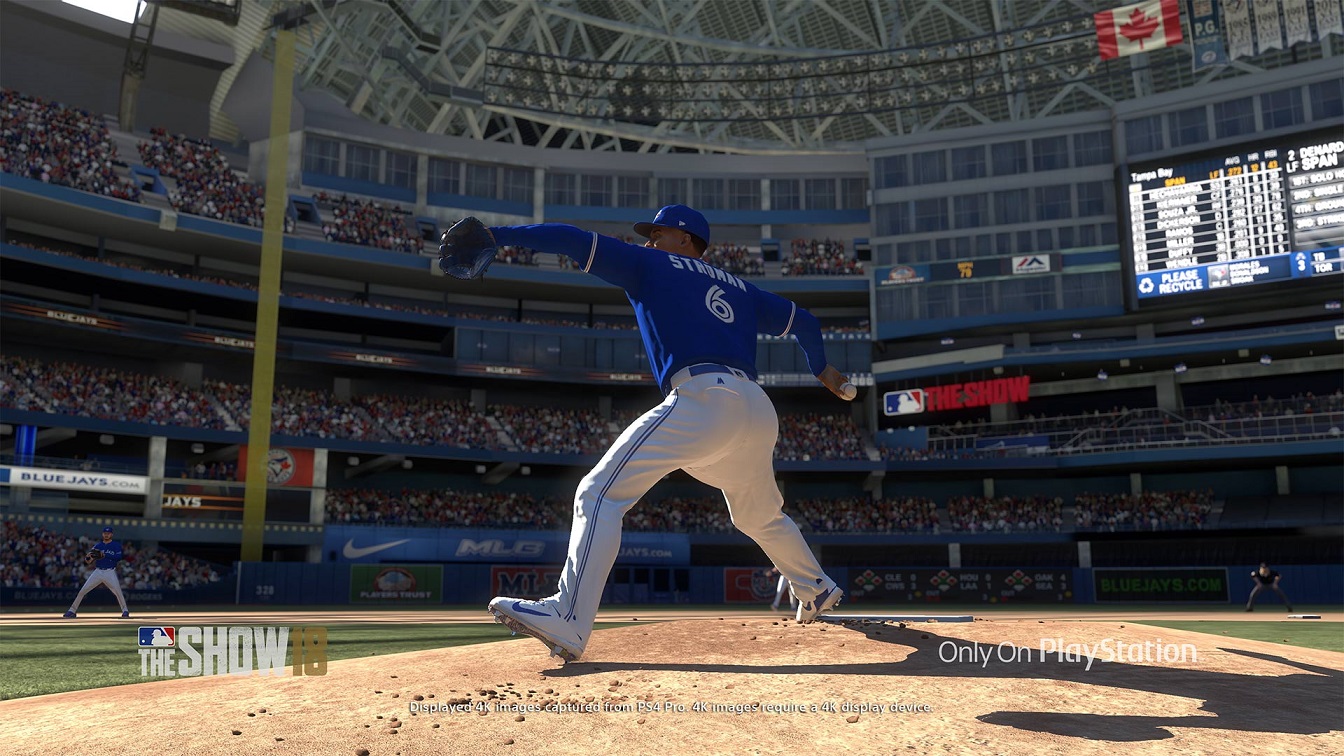 Baseball fans eagerly waited for the latest installment of the MLB The Show franchise in order to play and dominate opponents as their favourite teams and players. Fans can also lead a specific team to the World Series when they know their chances of making it in the big leagues are quite slim. Most importantly, Road to the Show offers a single-player career mode where you are able to forge a player from the very beginning and mold him into the ideal candidate that would be most desirable for teams seeking new raw talent.

The customization process in Road to the Show has greatly improved this time around as there are several more options in terms of faces, hairstyles, and skin types, giving the player more flexibility when creating their all-star player. Players can also import their progress from last year’s release, but will miss out on the improvements of the current title. After creating your character, you will be asked to determine the player’s position and overall desired path. This archetype selection will restrict the individual’s growth to within the constraints of your selection, which can be either a positive or negative attribute depending on your outlook. Skill points will be distributed according to the training and on-field performance. For example, a solid day at the plate will increase batting statistics while less than precise fielding will halt overall defensive improvements. Statistics for each specific archetype is capped at a certain amount and can only be increased through the utilization of equipment items that are unlocked by acquiring virtual trading cards. 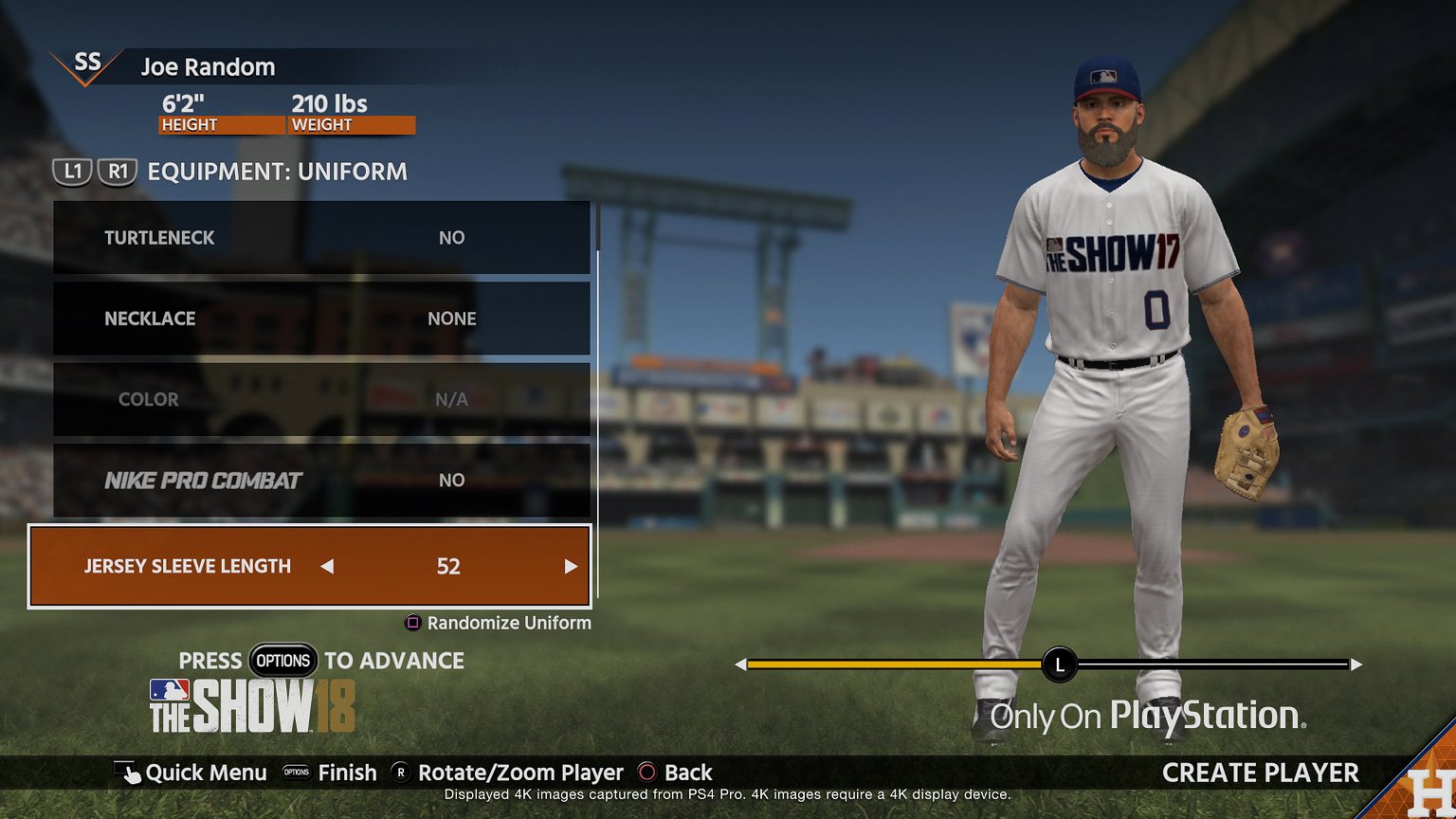 The majority of the equipment items can be unlocked in Diamond Dynasty, a card-based mode where players build their team and pit them against both computer controlled and real-world opponents. A win or loss will result in acquiring new cards to continually work on crafting the perfect team. Players can sweat it out by earning their cards and currency on the field or can purchase them with real money, but any true MLB 18 fan won’t need to as their continual interest will unlock them throughout their gaming experience. The card-based system also has minor flaws as some players aren’t illustrated with the appropriate team or not at all.

The advancements in visuals continue to impress as stadiums, animations, and facial features are more distinguished and offer up a more realistic experience. You will witness the inclusion of new tendencies that are common within MLB that greatly boosts the overall immersive feel. Depending on the professional skill level of players, balls will be fielded in a different and more realistic fashion. This also leads to higher rated players pulling off more difficult plays throughout games. The in-depth level of detail that is included in the on-field experience is noteworthy and continues to push the franchise to new limits. Every iteration leads closer to the immersive duplication of a live MLB broadcast. Commentary presented throughout offers an added level of depth to the experience, but repetition is easily made apparent upon continually pulling off similar great plays on the field or at the plate. 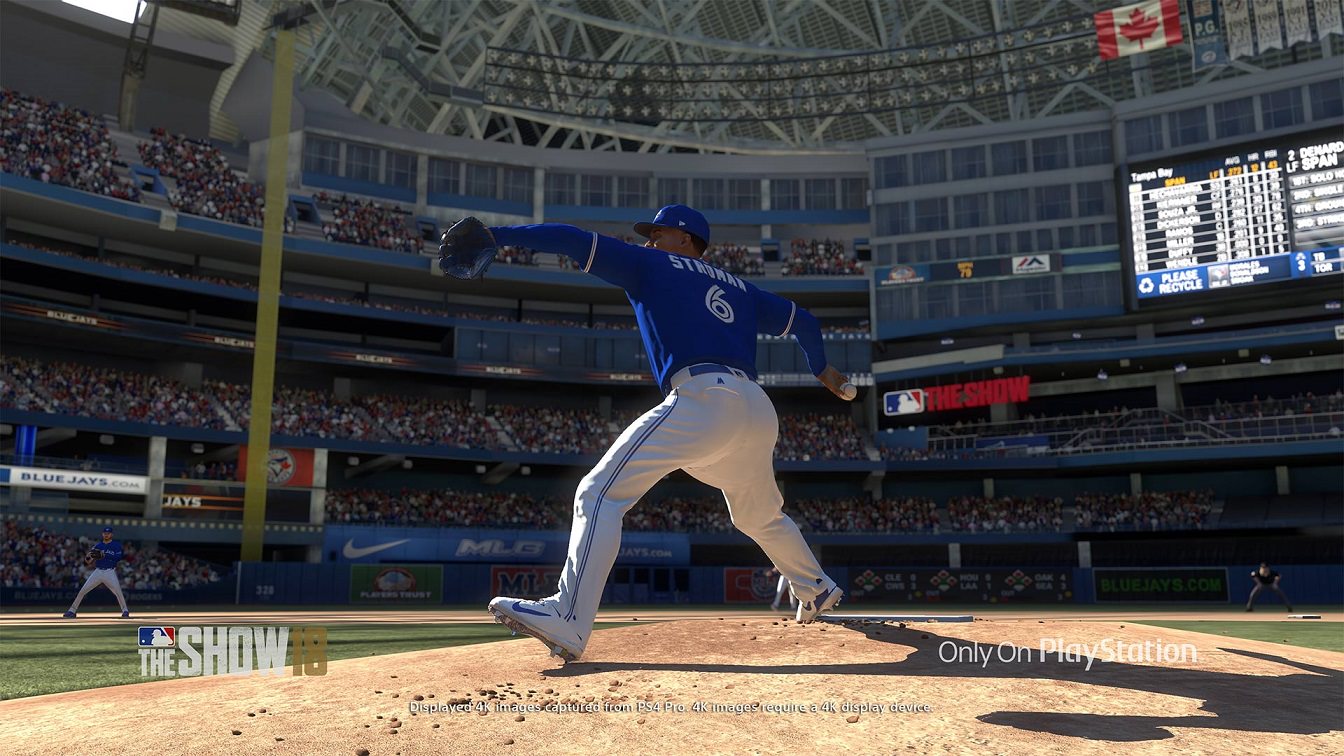 The biggest alteration to the MLB The Show 18 is the absence of the online franchise mode and offline season mode. Both modes offered a more customizable experience to players, which brings a level of uncertainty to their removal as they were both fan favourites among the community. Season mode offered the ability to easily manage a single team throughout several seasons as you aim for making it to the World Series. This removal is directly credited to solidifying the online performance to ensure a much smoother and more memorable experience.

Online issues are apparent and currently impacting the overall experience. There are some minor setbacks from actions taking place such as overrunning a ball or not being able to make a fly-out due to latency issues, while the majority of issues comes with the Diamond Dynasty game mode and the loss of in-game currency and cards. Notifications arise showcasing the acquisition of cards, but they are nowhere to be found in your inventory. Sony San Diego is aware of the issues and is working diligently to correct the inconvenience so proceed with caution while playing this game mode. 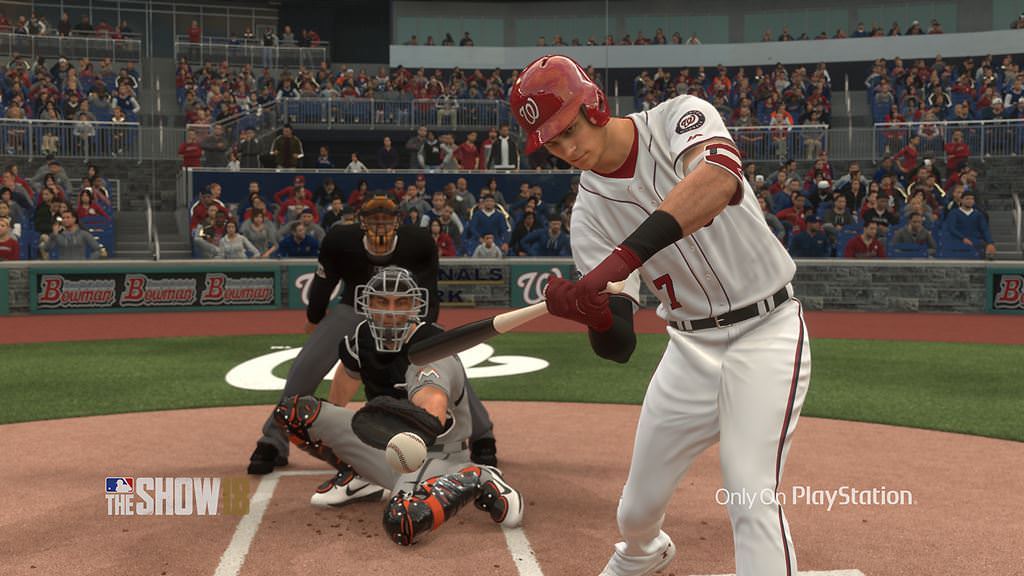 MLB The Show 18 continues to offer an overall thrilling gameplay experience. The Road to the Show is a popular single player mode where your character will rise through the ranks with the eventual hope of making it to the big leagues. An online focus will increase the overall competitiveness throughout the community, but a more stable server framework will need to be attained before players can seamlessly enjoy the experience. MLB The Show 18 puts the fans of the sport and franchise in the batter’s box, eagerly waiting to take the swing that will make them a legend.