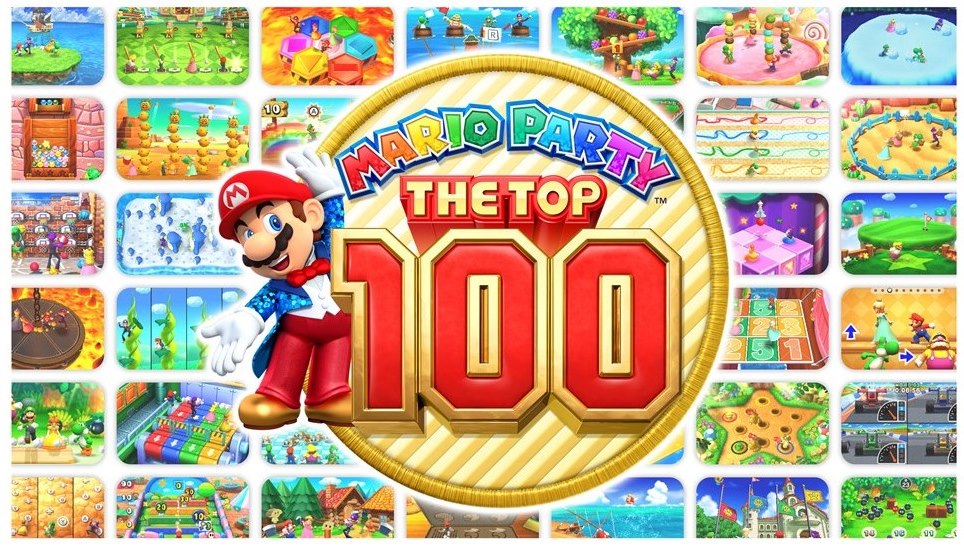 Mario Party games have been in a bit of an identity crisis over the past decade. There have been 10 mainline Mario Party games since the first one was released back in 1998 for the Nintendo 64. With each new sequel of the series, it has managed to keep the same old formula without straying too far from what the series is known for, which is playing on game boards with mini-games sprinkled throughout. This formula eventually began getting stale as no real innovative features were getting introduced and the games began to feel more about luck than about strategy or skill. Mario Party: The Top 100 puts the focus more on the mini-games and less on the board games (it only has one!) and takes the best mini-games from the past ten Mario Party games and roles it up into one game. But does this new formula work and take the Mario Party series to the next level or does it continue to stay stale?

There are five different game modes to play: 100 Minigames, Minigame Island, Minigame Match, Championship Battles and Decathlon. You can either play these games on your own and against computers or with a friend. When playing with a friend you can play with only one game and use the Nintendo 3DS’s wifi to connect with your friends 3DS’s. Unfortunately, there is no online play, which seems to be a big miss as this is the ideal game to play online with. The 100 Minigames mode lets you play any of the 100 mini-games some of which are locked and need to be unlocked by playing the Minigame Island mode. The Minigame Island mode is a single player mode made up of four worlds where you must progress through each world by playing mini-games. Depending on how you place in each mini-game you then earn stars which help you unlock other parts of the Mario Party game. One of the other modes, the Minigame Match mode, is a tad disappointing as it only lets you play on one game board which is a very small and simple board. The game itself is not very enticing with the goal of the game, as is usual for Mario Party games, to get as many stars as possible. There are items to be collected and used but these are earned randomly by stopping on a space in the game board to collect one. Other than that there aren’t any traps or unique twists to the board and overall this mode wasn’t fun and felt like it put more emphasis on luck than it did on strategy and skill. Mario Party games are known for their fun and inventive game board designs and it was disappointing to see this not included. As for the other two modes, Championship Battles, and Decathlon, these essentially allow you to play a group of mini-games together and battle it out to see who comes out on top. The mini-games themselves are incredibly fun and that is where most of the emphasis is placed on in the game. There are 100 in total with the best mini-games taken from each of the last ten Mario Party games. It is very nostalgic to be able to play classic mini-games like Shy Guy Says from Mario Party 1 and Slot Car Derby from Mario Party 2. All the mini-games play just as they did on their original system, with a bit of a facelift in the graphics department. The mini-games also do a good job of utilizing the dual screens of the Nintendo 3DS. Some games that require split screen have the split screens on the top screen with the bottom screen showing your view in full size. The game controls are always shown on the bottom so as not to forget them. Some of the mini-games also do a good job of utilizing the 3DS’s stylus and gyroscope, such as Face Lift that has you using the stylus to stretch out Bowser’s face to match that of the image in the centre and Kareening Koopas that has you using the 3DS’s gyroscope to tilt the 3DS to get each shell in their holes the fastest. Still, there are some mini-games where only luck is involved and no skill like Deck Hands that has you choosing a random card to see who can get the highest numbers and Hide and Go BOOM! that has you using a fuse-lighter to blast out the players in the canons without knowing which canon they went in. These can take away from the fun in the game as you become dependant on the hand you are dealt.

Overall, the mini-games available to play in Mario Party: The Top 100 are fun to play, as only the best games of each of the last ten Mario Party games were chosen. The 3DS does an excellent job of incorporating the gyroscope and stylus for some of those games and the controls are easy to use. The way to play these games, either on their own or in-game packs or sets, makes it easy to pick-up the game and have some fun for 10-15 minutes as they are fast and give you instant satisfaction. However, where the game falls flat is that it focuses too much on the mini-games and not enough on bringing any fun or unique game boards to be able to play them on which have the added element of strategy and a different spin on gameplay.