In 2018, Nintendo launched what I thought was a fine return to form for the Mario Party series. At the time, the series had moved away from the traditional style of gameplay. Over the years, the Mario Party series faced its ups and downs, but it finally felt like the series was back on track by returning to the basics. Now, Nintendo looks to the past once more and looks to deliver classic board games to the masses with Mario Party Superstars. I don’t think there’s a more perfect party game that’s launching just before the busy holiday season as the silly action the series is known for keeps you entertained for hours.

What I like about Mario Party Superstars is that it celebrates where it began by drawing over a decade worth of releases. Nintendo has drawn inspiration by reimagining existing boards from the older Mario Party titles and while I was unsure how these older boards could be leveraged on the Switch was about half of what I was worried about when the game was revealed at E3 in June. Thankfully, by looking to the past, Nintendo continues to hold the line when it comes to the series as the expanded legacy board games are as exciting as ever.

While Super Mario Party iterated by introducing new boards to play on against your friends, Mario Party Superstars is a throwback to the Nintendo 64 era. What I mean is that this time, we’re revisiting iconic game boards that you’ll find familiar if you played the first trilogy of Mario Party games on the N64. Each themed board has focuses on a specific character like Peach’s Birthday Cake revolving around the princess’s birthday cake, Yoshi’s Tropical Island where you move between two islands full of Yoshi, Space Land situates you on a space station, Horror Land is a haunted board and is a spooky experience, Woody Wood is a traditional board set in the forest. My favourite board is still Horror Land, as it swaps between a day and night every two turns, it’s a fun board full of surprises that I have spent far too much time playing on this past week. 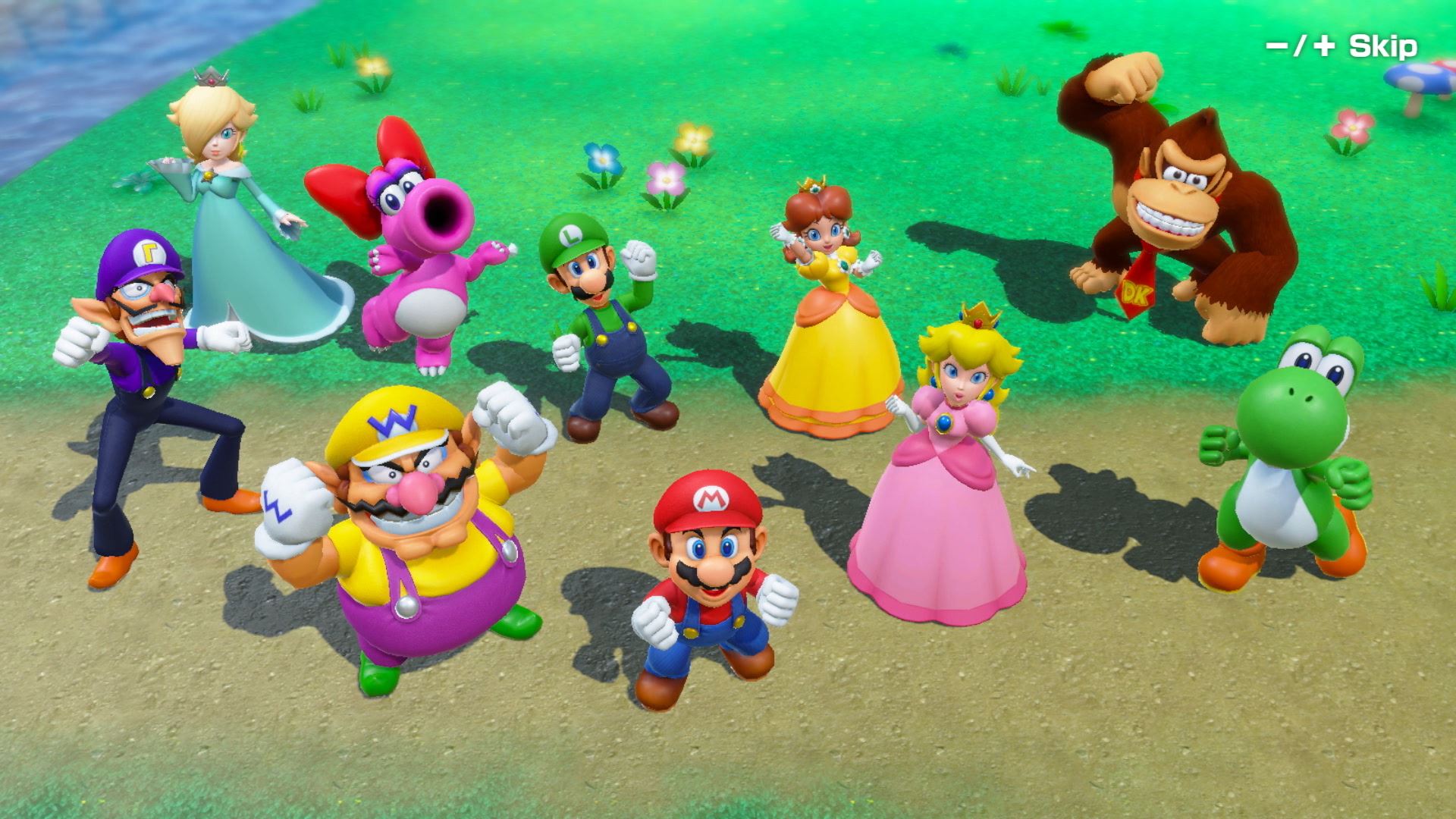 What Nintendo has done here is redesign the existing boards for the Switch and add new events to the mix. Is it better than the original? I think it is I don’t really have a preference if I’m honest, but it’s much easier to play on the Switch than it is to dig out my old N64 and find the cartridges for each game to play them. I will say, I like not having to swap between the original Mario Party trilogy. For that reason alone, I’m comfortable enough recommending Mario Party Superstars. 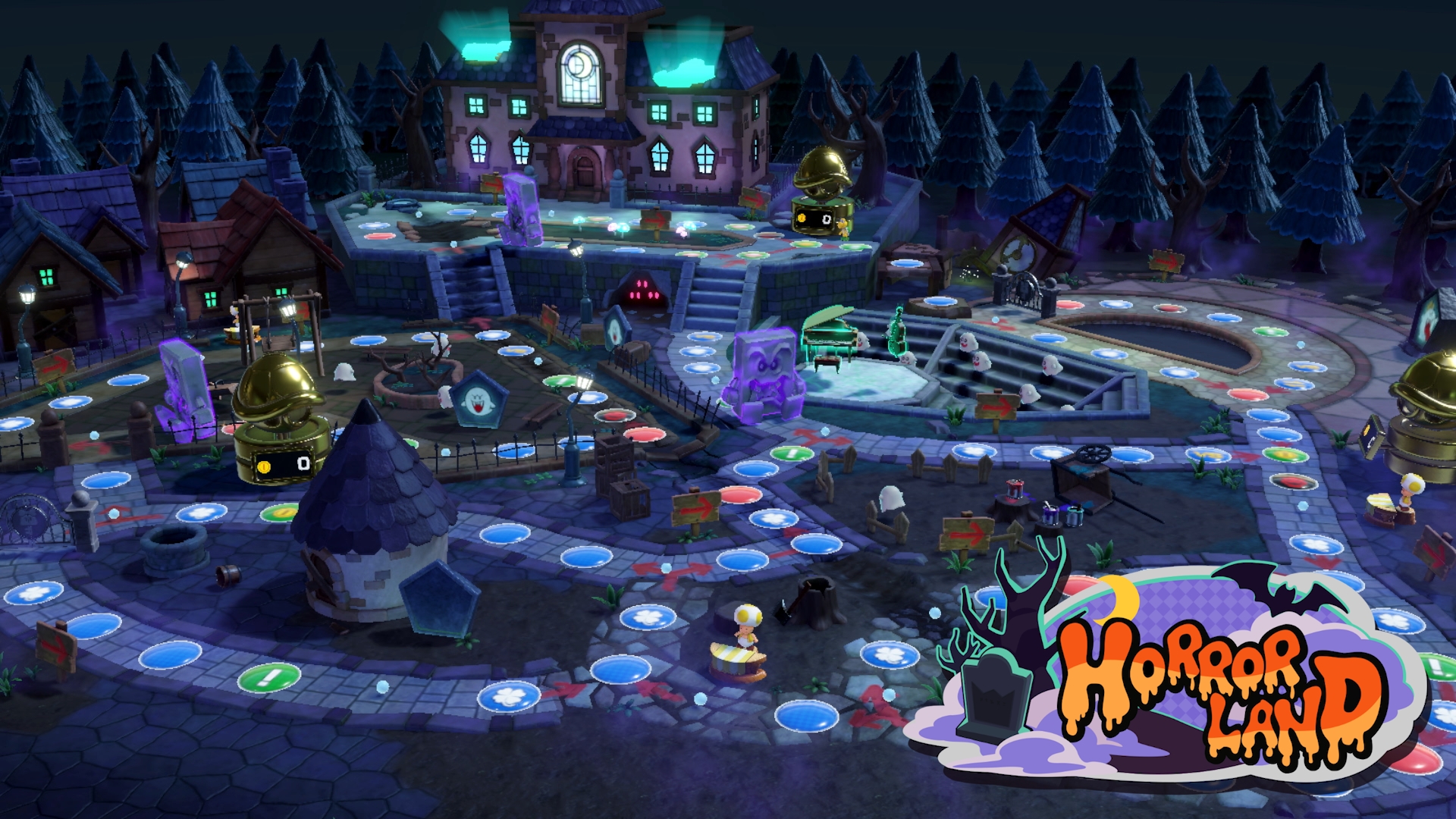 I’m also a big fan of the stickers you can collect in-game. Super Mario Party has stickers that you can use to basically chat with other players while moving around the game boards. Given that you’re probably going to be playing the game in the same room as your friends, the alternative of sharing your feelings through stickers is surprisingly fun. I’d be close to gathering a star on Horror Land only for Luigi or Peach to essentially move it to another location — I pull up the sticker menu and basically let them know I was frustrated by the move. Each sticker also has a sound effect that plays when you select it, letting everyone know. Being able to taunt or praise a friend who actively blocks another opponent to benefit you should be rewarded with stickers that can be purchased at Toad’s Shop in-game. 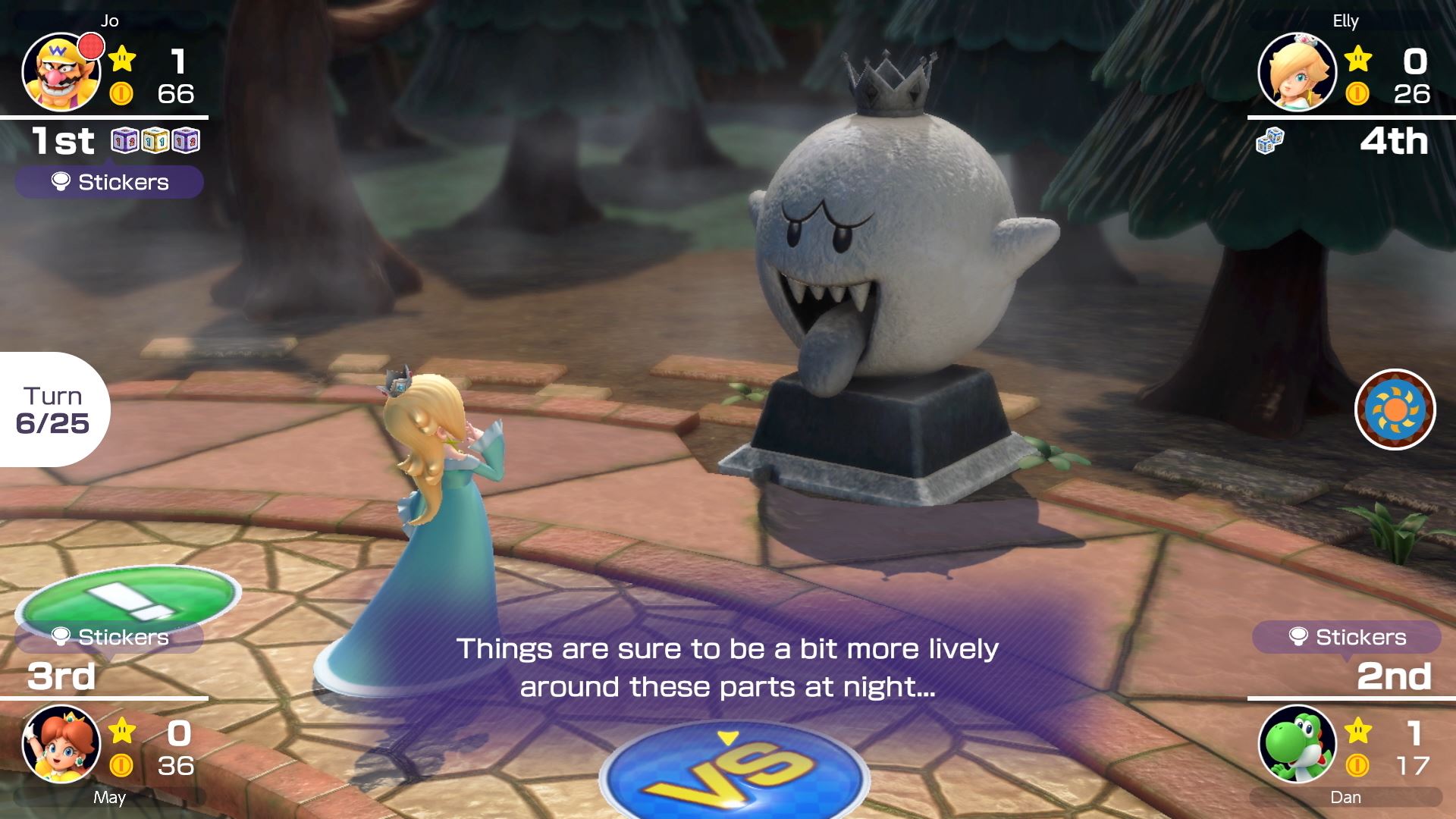 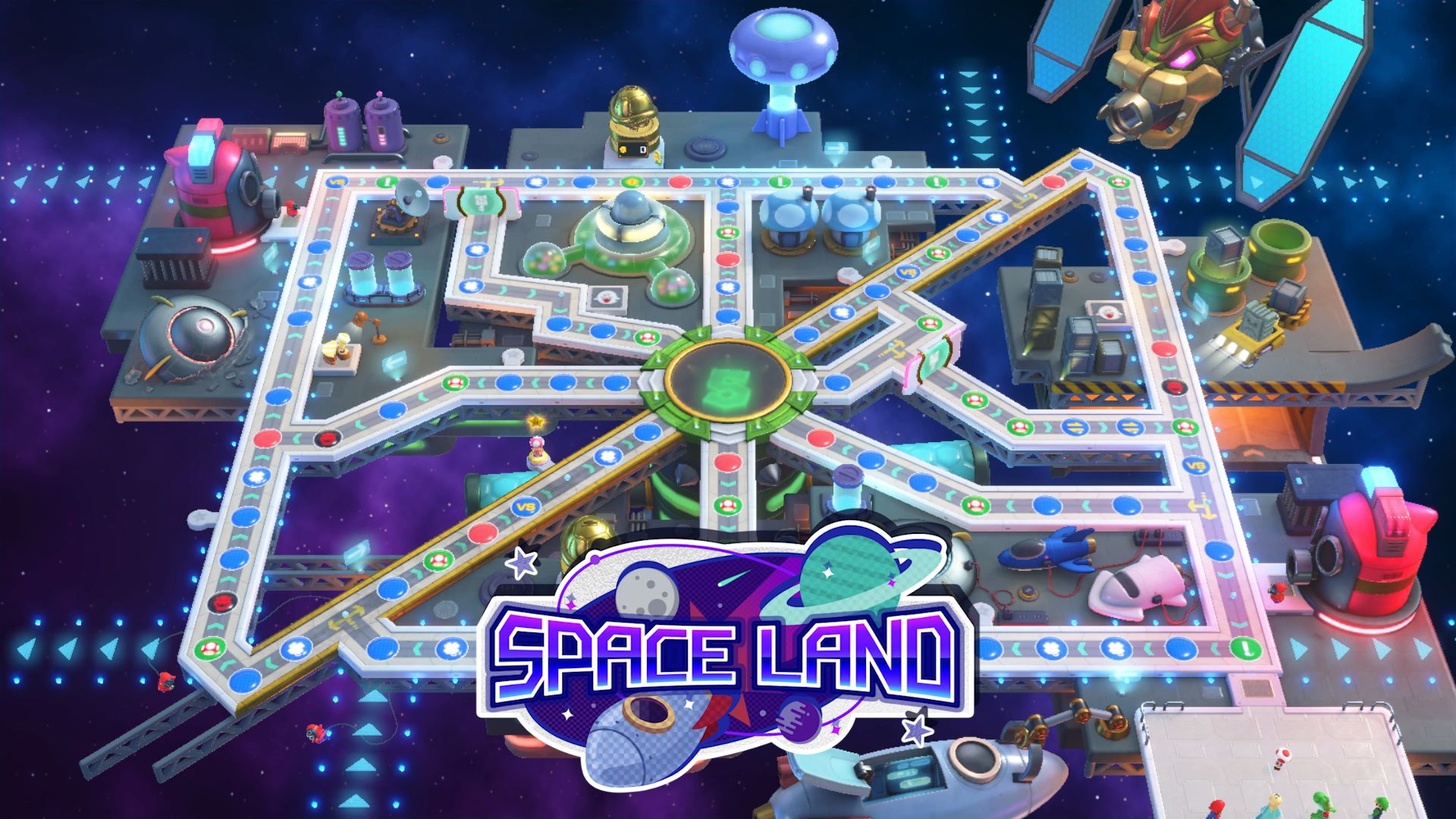 You get some fun ones like Goomba Spotting, Face-Lift, Pushy-Penguins, and you can even play Tug o’ War, the controversial game from the first Mario Party pitting 1 player dressed as Bowser against three other players. Years later and it’s one game I will actively try to avoid in any setting given how bad it is. Basically, you spin the analog stick as fast as you can in hopes to overpower your opponent. I want to highlight how terrible this game is and you’ve likely come across an article or two this week talking about the controversy surrounding this specific minigame nearly two decades ago. The last time we saw Tug o’ War was as part of Mario Party: The Top 100, a console that really didn’t have the same type of analog stick. 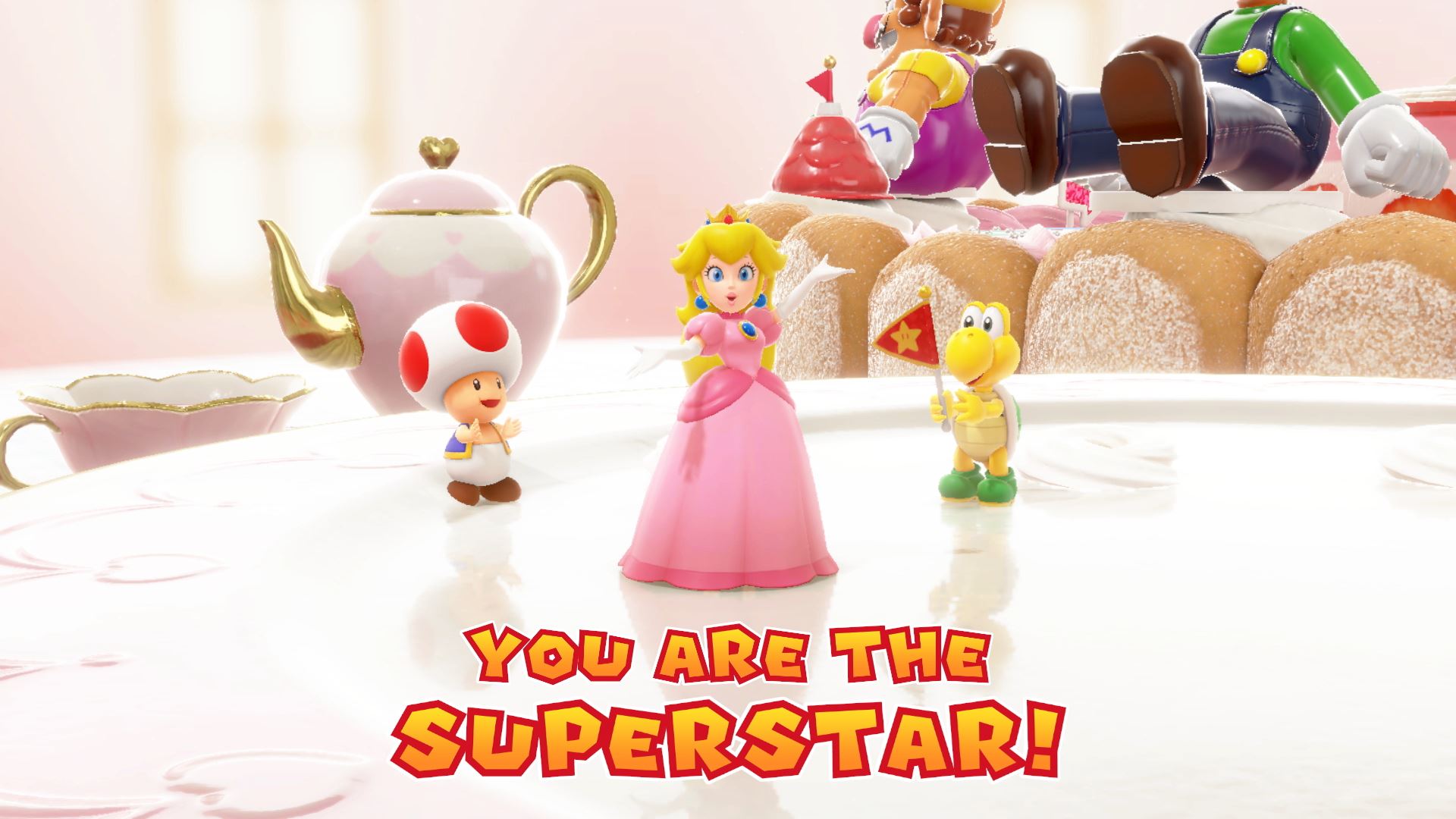 Nintendo has added full online support in Mario Party Superstars. Now, you can head online to play full games with random people from the internet, or with your friends. Surprisingly, if you’re playing with friends locally, you can save your progress and pick up where you left off, something the series has sorely needed for a while now. When compared to Super Mario Party, I found myself enjoying the changes and the boards, but the lack of content really made it hard to revisit after a few months. It feels like Nintendo has learned from its mistake and done the opposite with Mario Party Superstars, making it a much better, more engaging experience than the previous launch entry. 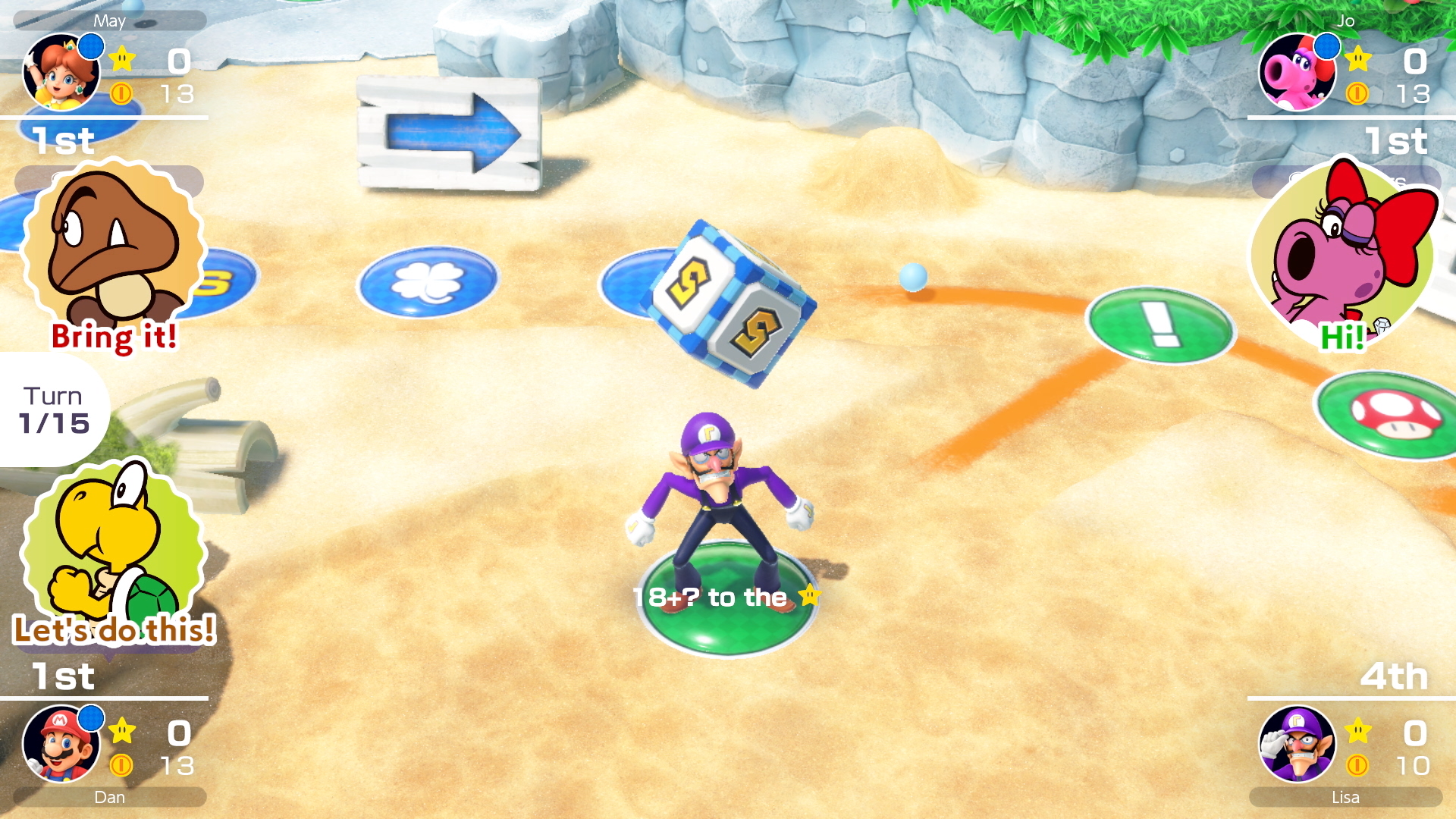 No Motion Controls to worry about

Perhaps Nintendo listened to feedback given Super Mario Party did not allow to play the game in handheld mode due to motion controls. Now, you can play Mario Party Superstars the way it was meant to be played and every board and minigame can be played with the Joy-Cons. The Switch Lite is also capable of playing the game natively — before you were required to own Joy-Cons to be able to play with full functionality. 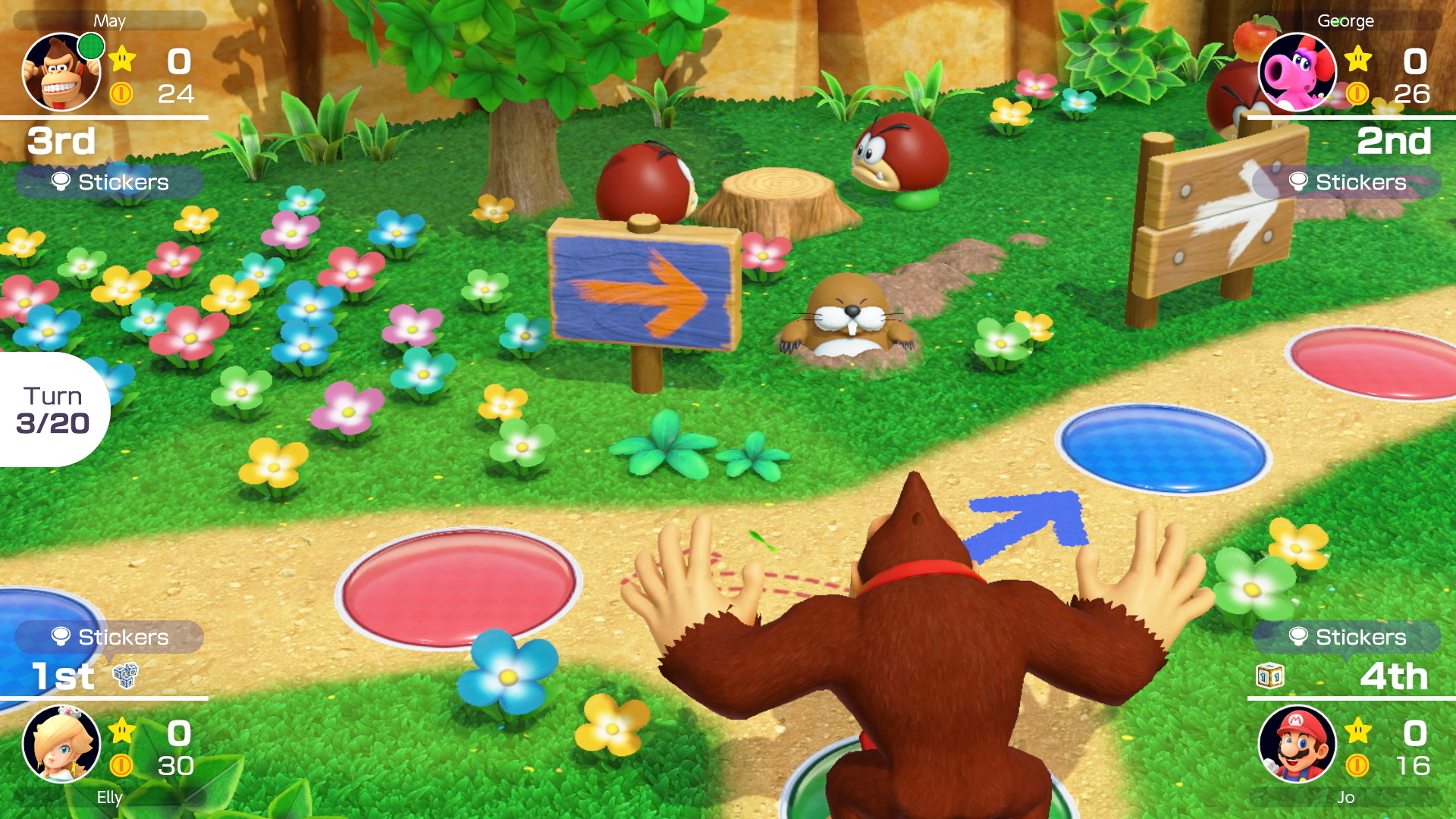 Furthermore, for anyone who wants to dive into the minigames, they are available from the minute you load the game via Free Play. And something neat to remember when you’re browsing through the list, when you select the level you want to play in, you can even select the stage variation you want to play in. 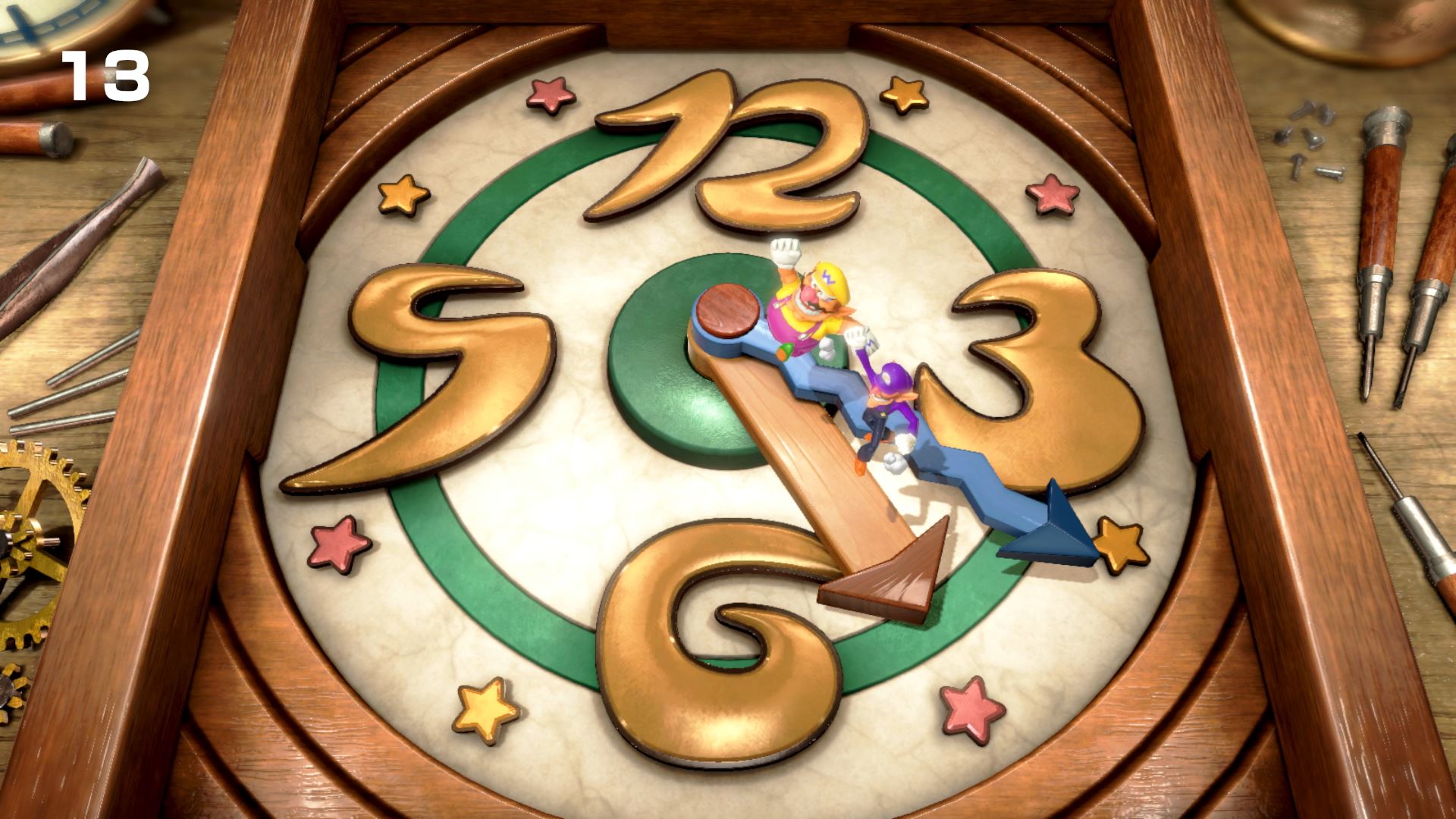 Mario Party Superstars is the greatest hits collection of the first three games in the series. Filled with nostalgia, the improvements Nintendo has made for the twelfth game will make fans both new and old, find a lot of enjoyment when playing with a group. What makes this a worthwhile collection of games is it smartly implements minigames across several games while embracing some of the best game boards from the early days of the series. It’s a shame there aren’t more game boards to choose but I’m betting we’ll get more via downloadable content.