When I finished Lost Judgment, there was no doubt in my mind it was my favourite game of 2021 with its approach to tackling a much darker theme that hit a little close to home. The game was released alongside a $30 season pass that gave anyone willing to buy it some neat bonuses to the main game but most notably featured in the pass’ description was the upcoming story expansion. This would be the first time ever that Yakuaza’s universe of games would tell a story beyond the main game within the same game through an expansive story that is breath of fresh air for the series.

The unique hook of the DLC is that the game’s protagonist, Yagami would take a back seat and instead would put Yagami’s ex-Yakuza sidekick in the spotlight in the fittingly named The Kaito Files. After putting a total of six hours into the expansion’s campaign, The Kaito Files is a fantastic story that plays to Kaito’s strengths as a character while fleshing him out way more than the past two games ever did in both story and gameplay. Unlike Lost Judgment which took place in the Yokohama distinct of Ijincho, Lost Judgment: The Kaito Files brings back players to Tokyo’s entertainment and red-light district, Kamurocho. While it’s hard to equally compare the quantity of content, The Kaito Files is somehow a better-told story than Lost Judgment and that’s saying g something as it’s really focused on him, his past, redemption and really it’s about family.

The Kaito Files follows a couple of months after the conclusion of Lost Judgment, Yagami is dealing with divorce case proceedings with Genda that is comedic at times through text alone, meanwhile, Kaito holds down the fort until he comes back. The expansion’s story kicks off with Hoshino, a defence attorney of Genda Law Office looking a little sketchy while entering Cafe Alps to meet up with a detective, Senda from the Bato Detective Agency who has some dirt on him cheating. This is all a ploy on the Yagami Detective Agency’s part to get audio evidence of an ex-Yakuza-run detective agency in the act of blackmailing. After realizing he was caught red-handed, Senda steals the audio evidence which leads to a chase as players are introduced back to the game’s chasing gameplay. After catching the suspect, the player starts getting back into the game’s iconic action brawler combat as players get into the groove of fighting as Kaito for the first time which developer, RGG does a fantastic job of making the character feel unique as Kaito’s combat style is definitely not a reskin of Yagami.

After beating Senda up and getting the evidence, Kaito asks Senda to take him to his boss who is someone from Kaito’s Yakuza past, Masao Igarashi the former captain of the Bato family. This leads to another fight with the whole agency, afterward Kaito and Igarashi reach an agreement to pay back Kaito’s client. After the case is finished, we get into the meat and potatoes of Lost Judgment: The Kaito Files as Kaito hears a new case from the Tender bartender who hears Image Interactive CEO, Kyoya Sadamoto is looking to hire for a job that pays more than 30 million yen, he wants Kaito to find his deceased wife, Mikiko Sadamoto who is Kaito’s old flame from years back. Kyoya believes she is alive after serving an apparent suicide and is in Kamurocho. Kaito ends up declining the case due to him being too close to the case plus resurfacing old wounds of Mikoko leaving him after he chose the Yakuza life over her. 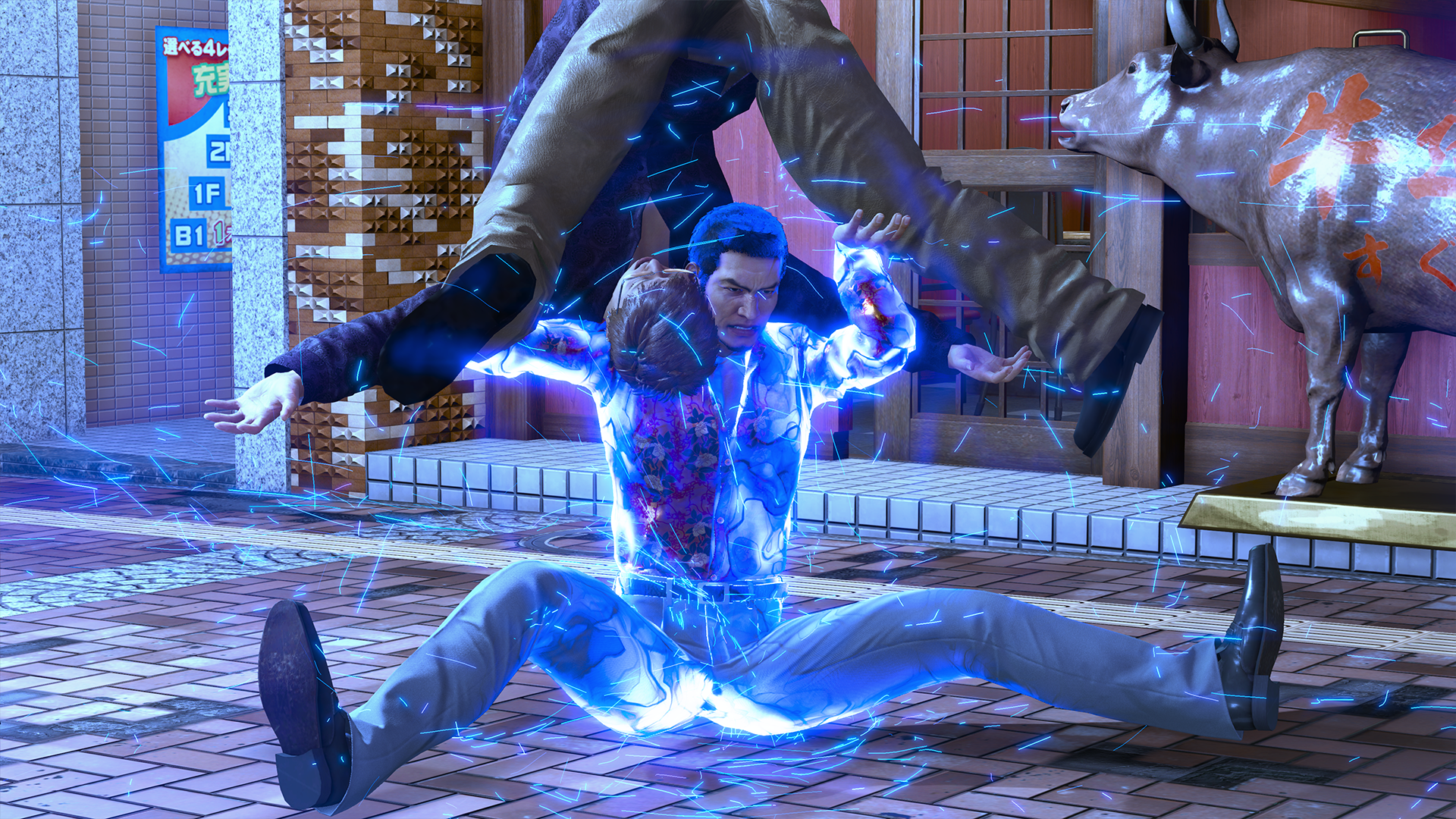 What’s ends up turning Kaito’s want to pursue the case is Mikoko’s on, Jun Sadamoto, a 14-year-old red-head dyed boy who takes more after his mother and ran away from home. This puts the two on a journey to find her who is on a path of revenge after unearthly the reason and the people behind the death of her foster parents and biological younger sister. Throughout the story, the game will give players more content on Kaito and Mikoko’s past including how they met and eventually fell in love back in the mid to later 2000s. Kaito will run into members of the criminal organization, Crimson Lotus who is also trying to find Mikoko as she is seeking revenge on them and wants to put a stop to her by killing her.

Like with Yagami in the Judgment games, Kaito can also use multiple fighting styles. The first one is Bruiser Style highlighted by a light orange aura that is more for one on one fights which feels a little inspired by Kazuma Kiryu’s Brawler style but is rougher and less refined than the original Yakuza protagonist. His other style is Tank Style which is highlighted by a blue-purple aura, players should use this style if they’re outnumbered as you use it when you’re in a fight with a lot of fights which honestly happens a lot. Similar to Yagami, Kaito can learn new moves by unlocking them on your phones by accumulating points through playing the game. The Kaito Files also features Lost Judgment‘s experimental stealth sequences while not that good in the expansion, it thankfully doesn’t overstay its welcome too much. 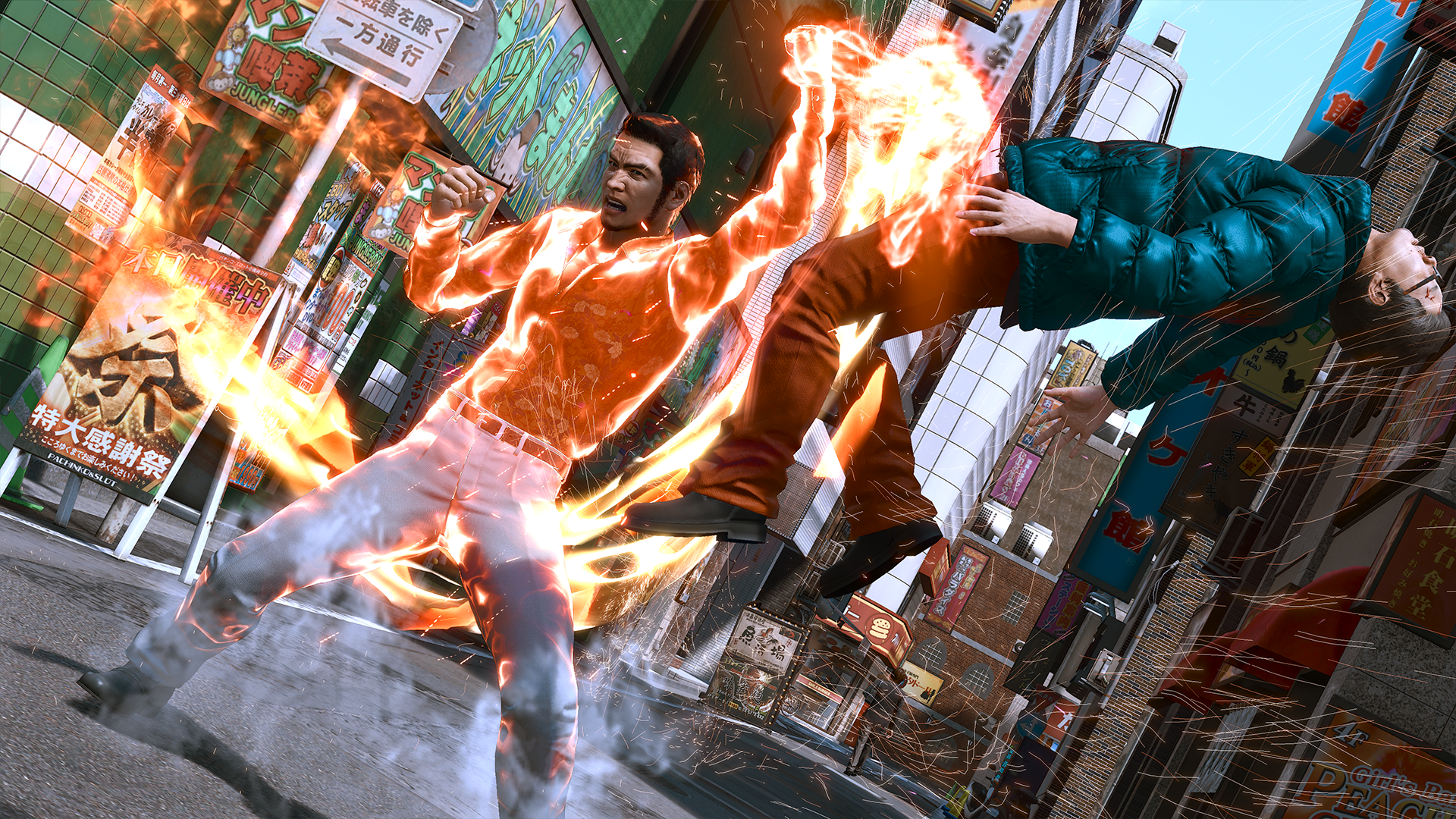 Lost Judgment: The Kaito Files goes all-in on Kaito’s gorilla energy while Yagami uses detective items to find items in the wild, Kaiti meanwhile uses his senses to discover a secret in the world through sound or smell. This will happen a lot as you find a noticeable smell near you or find a cat relaxing nearby, which there are 20 in total and unlocks a skill in your phone. Honestly, this aspect of the game really hammers it home that finding items through hearing and smell is The Kaito Files’ only side content which is a little sad as RGG’s side quests are honestly the best thing about the games as they dive into the ridiculousness of the game’s world. Although, if you do end up beating the game, some optional tougher enemies do pop up in the game but not enough to add more content to the game.

Cinematics are Gorgeous as Ever

Like in my Lost Judgment review, SEGA and RGG really go all-in on making their cutscenes the best part of the game and The Kaito Files is evidence that they aren’t slouchy even in a shorter campaign. Since RGG has really upped their game since upgrading their approach to animation and facial expressions with the Dragon Engine starting with Yakuza 6: The Song of Life. The recap after starting a new chapter which there are four in total makes Lost Judgment: The Kaito Files feel like a detective mini-series similar to the other Judgment games. 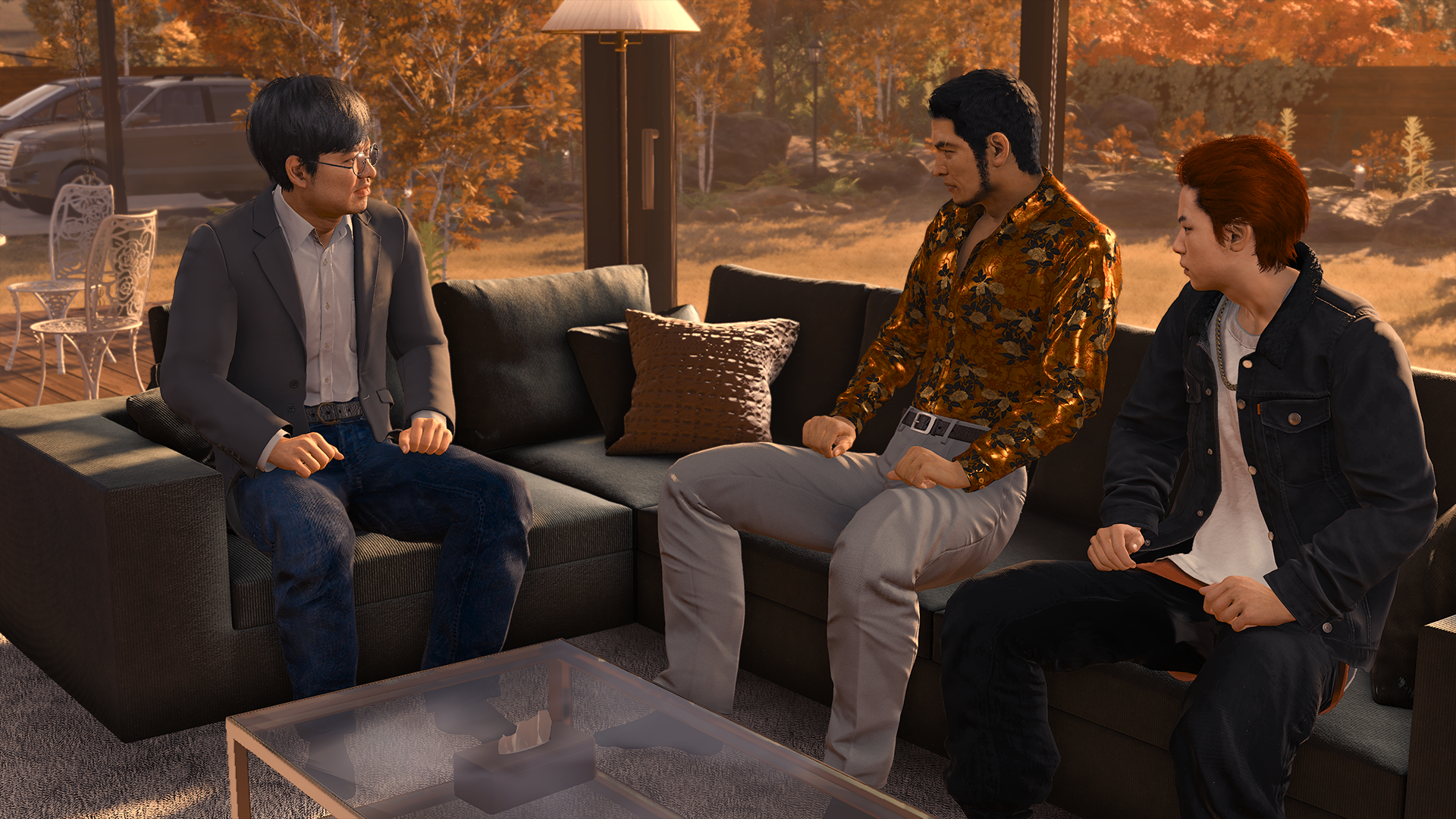 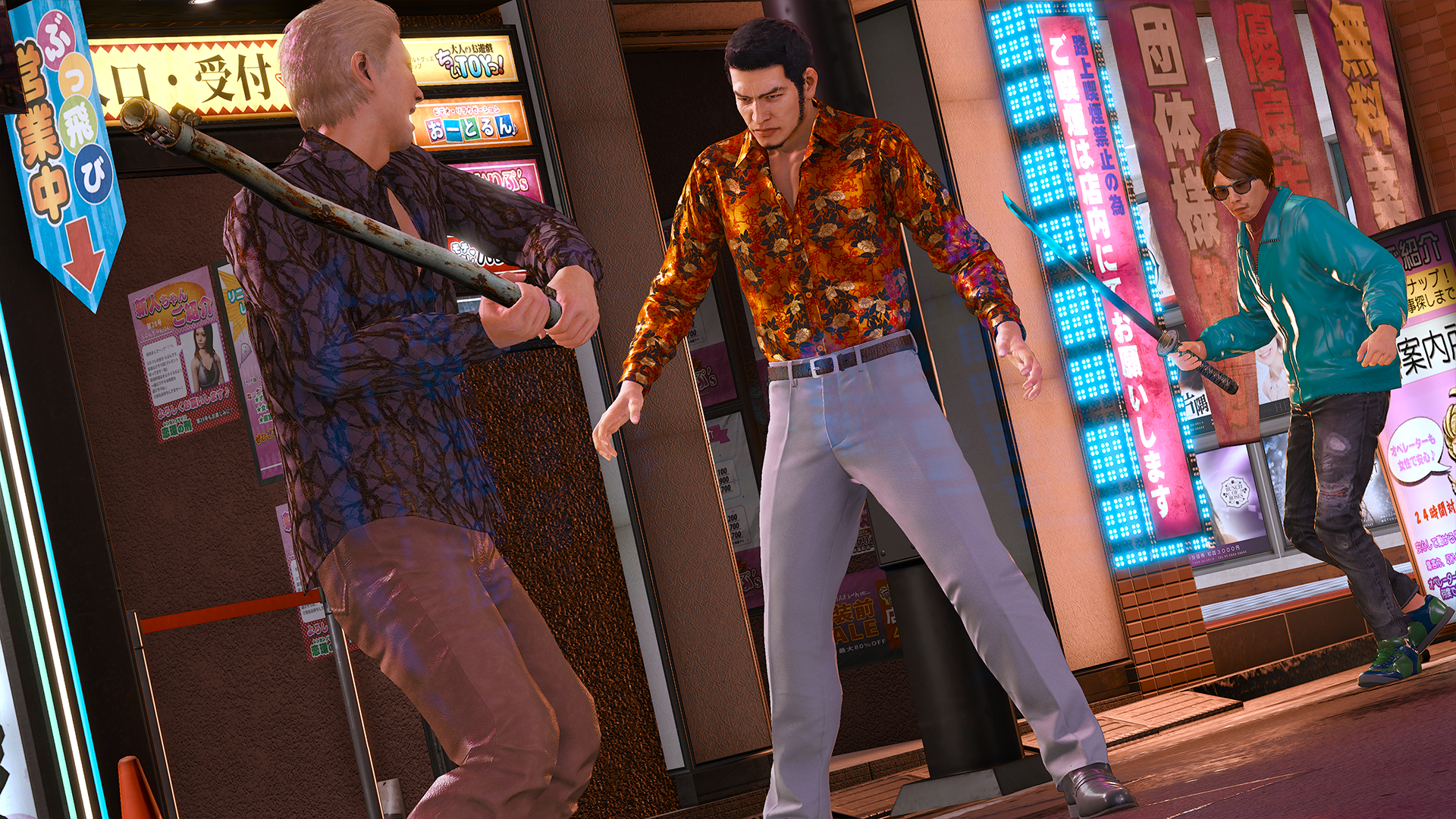 Lost Judgment: The Kaito Files is a fantastically well-executed story expansion to Lost Judgment focusing on Yagami’s gorilla-like Watson, Kaito as the game’s lead as he attempts to save his former girlfriend from a criminal organization out to get her. The expansion’s story plays to Kaito’s strengths and players that already liked him in the other games will love him even more in The Kaito Files as it showcases Kaito’s depth as the main character while stepping out of Yagami’s shadow. Before this, I would have thought a third Judgment game would obviously star Yagami as the main star but The Kaito Files really demonstrates Kaito can carry a story on his own. The lack of side content and tedious stealth gameplay is the only thumbs down for me but it’s really noticeable as you go through the story.

It also shows RGG studios can and has the means to pivot to Kaito as the main character if they need to. Especially with SEGA having ongoing issues with the agency of Yagami’s Japanese actor, Takuya Kimura over the actor’s image rights which is reportedly stalling possible Judgment PC Ports and maybe the future of the character in later games like Judgment 3. While that would be a move I’m not for, I look forward to seeing what the future of Kaito is and hopefully alongside Yagami as dual protagonists.