On July 22, the HD-2D remaster of Square Enix’s Live A Live, or should I write LIVE A ƎVI⅃, role-playing game will be released.

LIVE A ƎVI⅃ is another of Squaresoft’s great Super Nintendo RPGs that never left Japan. It was a particular game for its time, being a game divided into different chapters covering different eras of history, as well as different main characters. 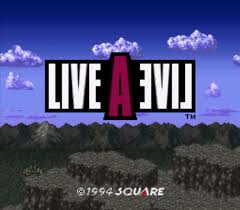 Released a year before the excellent Chrono Trigger, it is theoretically the very first game from Squaresoft in which the game is based primarily on a genre of time travel across different time periods.

LIVE A ƎVI⅃, from his katagana ライブ・ア・ライブ、 (Raibu A Raibu), is pronounced like LIVE (like a Live concert) ALIVE (like alive), was under the direction of the famous Takashi Tokita, having also worked on the Rad Racer 2, Final Fantasy, Final Fantasy III, Final Fantasy IV, Chrono Trigger, Final Fantasy VII, Parasite Eve, Parasite Eve 2 and more as well as Yoko Shimomura, the composer of the Kingdom Hearts series and Final Fantasy XV . This game has achieved something of a “cult” status among retro RPG fans in Japan. It remains to be seen if it will also break through here in North America or even among our friends in Europe.

What awaits you in Live A Live

LIVE A ƎVI⅃ is a unique game created by Squaresoft in the Super Nintendo era, or should I say Super Famicom since it was only released in Japan. Fundamentally an RPG, it’s also unique due to the fact that some of its chapters lean “heavily” on RPG mechanics while other chapters don’t lean on them at all. I emphasize the term “heavily” since most of the RPG parts of the game are still very basic compared to what we know from JRPGs. 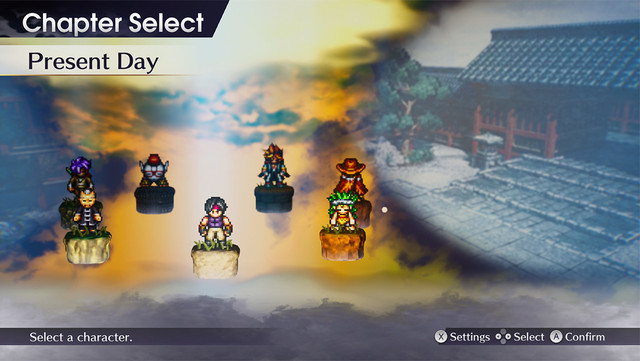 The main idea behind the game is that there are seven different chapters, each with its own main character and a specific era. Each of the seven stories is essentially distinct.

Live the adventures of Pogo and Gori, in the prehistoric era, who must save the damsel in distress by only knowing how to communicate by gestures and grunts.

Afterwards? Why not embark on the superb story of the old Chinese kung fu master, Shifu Heart of the Mountain, who must teach his art to the future generation in the era of Imperial China!

Are you more of a “kill first, ask later” or “let’s play it stealthy”? This is what you will have to discover by living the adventure of the ninja Oboromaru at the End of Japan Edo.

Maybe you feel like having the soul of Billy The Kid? Then you could play as the Sundown Kid, this wandering gunslinger from the Wild West who wants to eliminate the bandits working for the Crazy Bunch.

Are you more of a “fighter in a ring” style? So play as Masaru Takahara who dreams of becoming the strongest fighter in the world in this present time.

Does the near future intrigue you? So maybe you’d like to experience the life of a young rebel with psychokinetic powers, Akira, who finds himself in the middle of a dark conspiracy.

What if space travel was anything but a banal getaway and your ship, the Cogito Ergo Sum, suffered problems and mishaps, compromising your return to Earth? Would you be able to overcome the issues that will occur?

Totally different eras but which, in the end, are interrelated but that will be for another story. 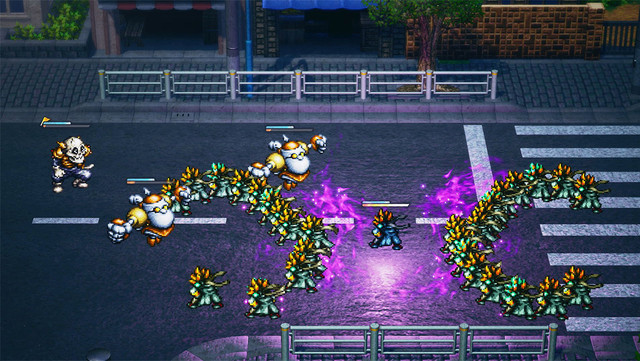 Track wild beasts, blend into the shadows, trap your enemies or take control of gigantic robots, here are some examples of what awaits you in LIVE A ƎVI⅃.

The art direction is remarkably distinct for each era, creating quite unique moods. Each character has their own way of functioning as well. For example, the main character of Imperial China is so overpowered that if you manage to lose, it’s a miracle. On the other hand, in the end of Japan Edo, it is not suggested to rush head first but, instead, use stealth because several fights will be fatal otherwise.

The combat environment offers a kind of strategic chessboard in which turn-based actions according to agility will allow you or your attackers to move and strike, sometimes even more than once, before the other. Combine this with the use of specific techniques depending on the elements or the style of attack, being vulnerable or resistant against them like rock-paper-scissors fight, and even the possibility of having tiles affected for a long time by these techniques. 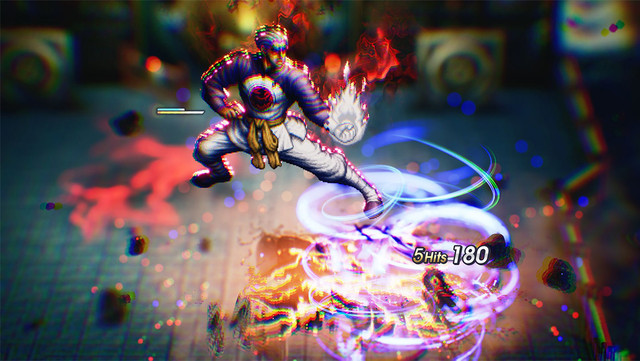 The decor, sublimely redone in HD-2D, offers a superb visual reminiscent of Triangle Strategy or Octopath Traveler. The original soundtrack having been modernized as well, this improvement combo will make your experience more enjoyable. I must admit an important point: I did not expect so much voice acting in the game! Both the Japanese and English voice acting are superb and well-offered, bringing the adventure even more lively.

Of course, for those who have already played the original game on the Super Famicom or on emulation, you will quickly notice that the game, including its gameplay, its soundtrack and its story, is identical to the original game apart from the controls that now suits the Nintendo Switch as well as, of course, the HD-2D aspect of the game and the improvement of the audio quality of its soundtrack.

To be able to replay LIVE A ƎVI⅃ in English, moreover, is a moment of pure happiness. The way the game has been remade is superb both visually and in terms of gameplay and its soundtrack. Certainly, we feel the game’s age that transcends decades but, beyond that, we have the impression of playing a new game that has just been created with retro style. Being an average of 20 hours game, LIVE A ƎVI⅃ is a small RPG compared to what we have already experienced from Squaresoft, Enix or Square Enix to date, however, the game will remain a very nice experience to players.