Indie developers are constantly improving and expanding game mechanics through niche titles and thinking outside the box for ideas. Light Fall is something I knew existed because I’ve seen the name pass through my mailbox and after checking out the trailer I knew this one was something we had to review. Developed by Bishop Games, Light Fall is a wonderful platformer that pleases the eye while featuring interesting mechanics.

Set within the realm of Umbra, in what can be described as a world or perpetual darkness, you play as a young boy who controls the Shadow Core. Making your way through this beautiful but dark world, you are guided by a mysterious voice who fills the player in on the lore of Numbra and gives insight on why people have vanished. Surprisingly, there’s a neat story to uncover and diving in further would ruin story highlights – I didn’t expect this game to include so much lore and world-building.

Light Fall is at it’s core a puzzle platformer. You’ll constantly find yourself being challenged by the creators to overcome each obstacle and when you do, feel a sense of accomplishment. I find myself comparing this game to Celeste, the way difficulty is built into the experience itself is what drew me back every time. A lot of time, timing your jumps and learning what works and when, is crucial to surviving the desolate world of Numbra. Many puzzles require you to incorporate the Shadow Core as well, be it as a shield, a platform and more.

Being someone who finds pleasure in taking time to complete a video game, there’s both hidden paths and many citizens of Kamloops who need help. Falling Light doesn’t push you forward until you’re ready. Also, there’s a speed runner mode for completed stages, and thankfully the way Bishop Games created each level, whether you’re going fast or checking every inch for something – levels are coherent and natural.

Luckily, the checkpoint system ends up being forgiving and picking up where you left off encourages a series of trial and error runs before landing the one that works. The rush to get over a hurdle continues all the way to the end.

Also, I was really impressed with the graphics and aesthetic. Set in a world of darkness, the colors and subtle touch of light make for some neat backdrops. Using a minimalistic approach, I found myself thoroughly amused by the scenery and the mixture of colors blend so gorgeously into the world that it’s hard not to be impressed. I know that one look at this game there will be comparisons to Limbo or Ori and the Blind Forest, and that’s because of how we only really see silhouettes. However, the way the darkness plays with the light and includes pale shades of pink in the sky or purple shadows in the forest, this is a beautiful but lonely place.

Light Fall is a tough but fair platformer with a surprisingly gripping narrative and engaging world. Thought darkness calls for the world of Numbra, this indie title is a shining bright gem and completely worthy of your time. The Shadow Core is a neat idea and the level design is smart and satisfying. During my time I never once felt like I was stuck and after taking a moment, was I able to make that jump or solve that puzzle. If you have a Nintendo Switch, this game is something worth checking out and adding to your library – Light Fall is a nice break from all the open world games and shooters out there. 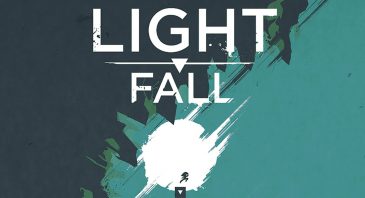