Life is Strange is still in its infancy but with four games under its belt, the series continues to grow and evolve with surprising results. I’d like to think this is partly due to the series having a new developer working on it with Deck Nine Games taking over for Dontnod. The series has always focused on the coming-of-age stories and how our traumas make us stronger by using sci-fi elements to create stimulating tales in each entry.

The game begins with new protagonist Alex Chen picking up and heading to Haven Springs, Colorado to meet her estranged brother Gabe and start her life over. Alex has seen several foster homes in her time within the social system with very little success as she bounces from one home to another. From the earliest moments between her and her brother, we begin to understand how rough of an upbringing these siblings had before being lost to the system.

As Alex heads to her new home with her brother’s support, we soon meet the residents of Haven Springs — most welcome Alex with open arms and quickly make her feel welcome. The small, rustic, and idyllic town in Colorado make those who enter feel like family and welcomes anyone looking for a fresh start. You have locals like Jed, the owner of the Black Lantern and Riley, who runs Lethe Flowers. Each resident feels fully realized and complete, like people we’ve met in our lifetimes and often relatable. 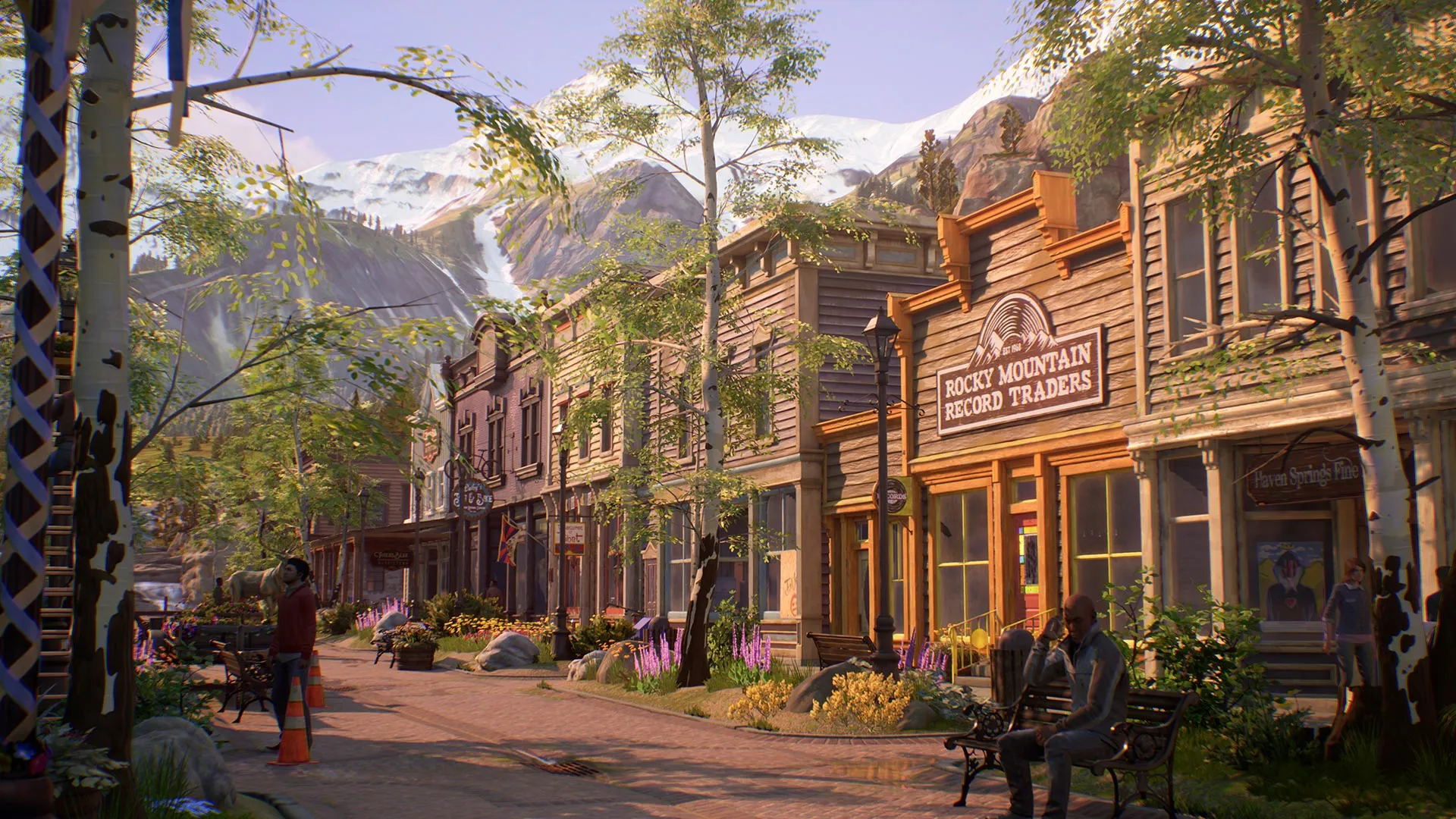 Like previous protagonists, Alex has her own supernatural ability — the power of empathy, to see and feel the emotions of those around her. We see her power in a few ways from visuals cues like a colourful aura surrounding those she’s looking at or by physically embodying someone’s emotions. Alex might have a moment of rage when she’s near an angry character which quickly sours her own mood and even begin to mimic a character.

I think this does enough to give us an idea of her powers and it is often satisfying to ap L2 on a character and hearing their emotional state. I’m not a fan of how the adaptive triggers were implemented on the DualSense however, it is something I could do without. This power though gives you context on events within the game and is one of the ways Alex will make choices about those around her. By diving into their emotions and finding out how someone truly feels, can shape the narrative in some satisfying ways. 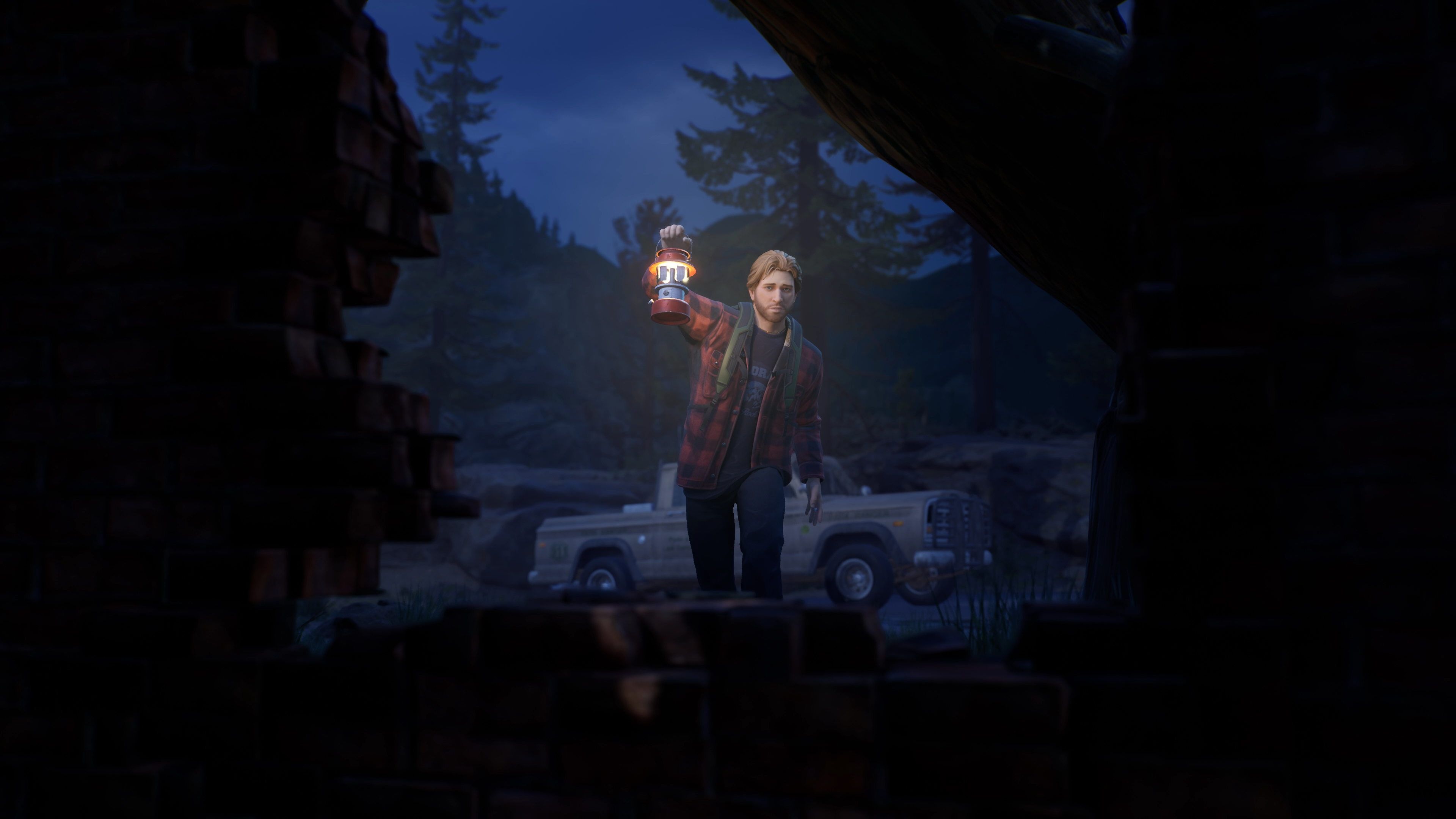 This leads us to understand Alex in a way I don’t think I’ve ever felt with either Chloe or Daniel, the previous protagonists of Life is Strange. Alex has been cold and distant for years and after playing through Life is Strange: True Colors, I understand her more than ever. Her inability to be in one place for a long period of time stems from how Alex handles emotions and how they directly influence her. While these moments are largely relegated to scripted moments, they are impactful and some of the most memorable demos of what an empath is capable of.

The Power of Music

Triumphantly, Life is Strange has always used indie music with a persuasive power of its own creation — yet another staple of the best Americana.  Not long after arriving in Haven Springs, Alex heads to Rocky Mountain Record Traders and its radio station. The inclusion of the radio station really highlights just how important real-life artists and bands have been to the overall narratives the developers told in each standalone story. 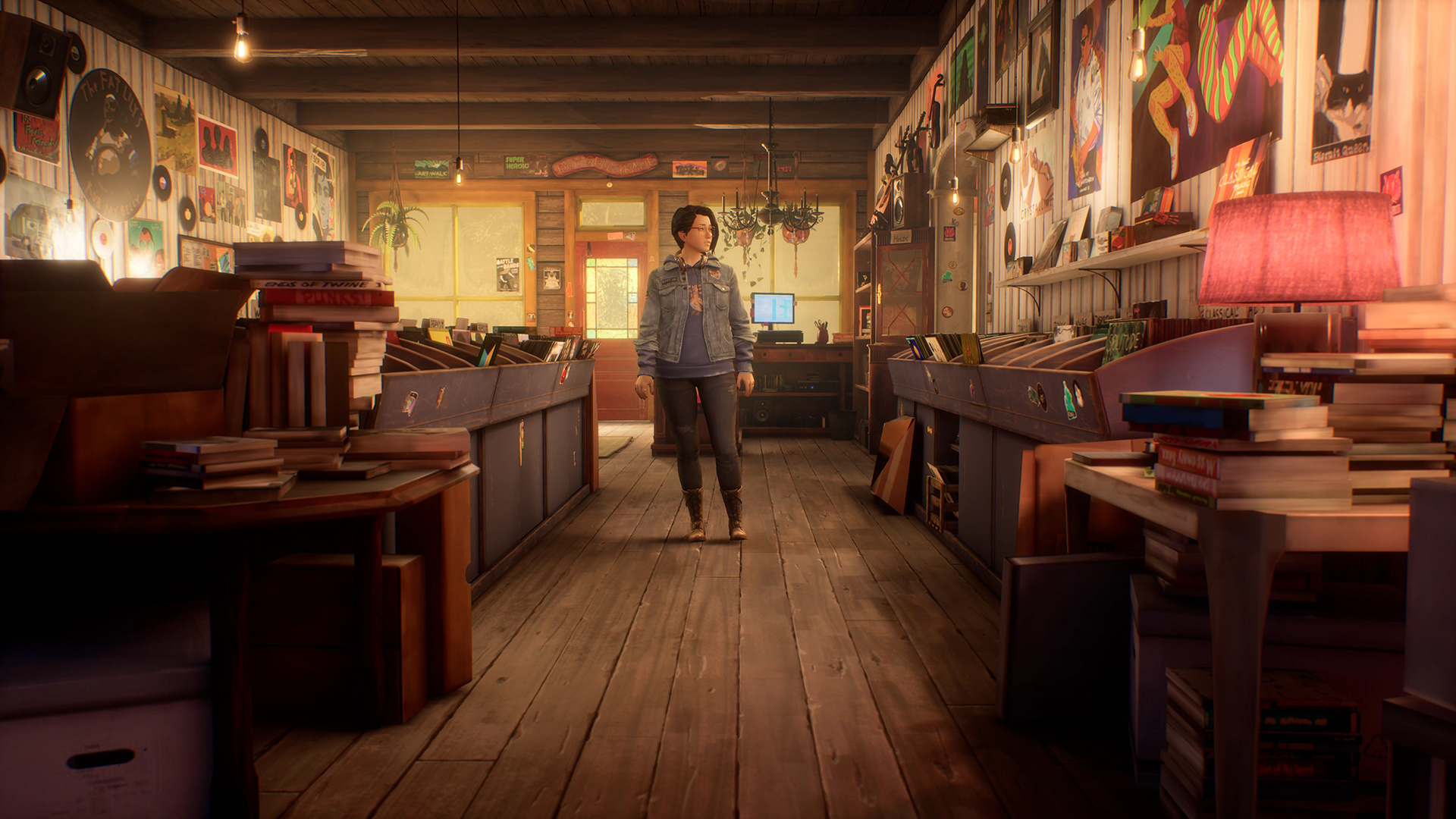 From the earliest moments in True Colors, we see both Alex, and her brother used music as a way to connect, and the developers to be a means for Alex to connect with the people of Haven Springs to grow in tune with them. While exploring the local vinyl store, Alex is presented with a bunch of titles by one of the residents before choosing Kings of Leon and jamming out together. I find myself often smiling at these small moments you’ll come across even if the main story deals with some heavy subject matter. 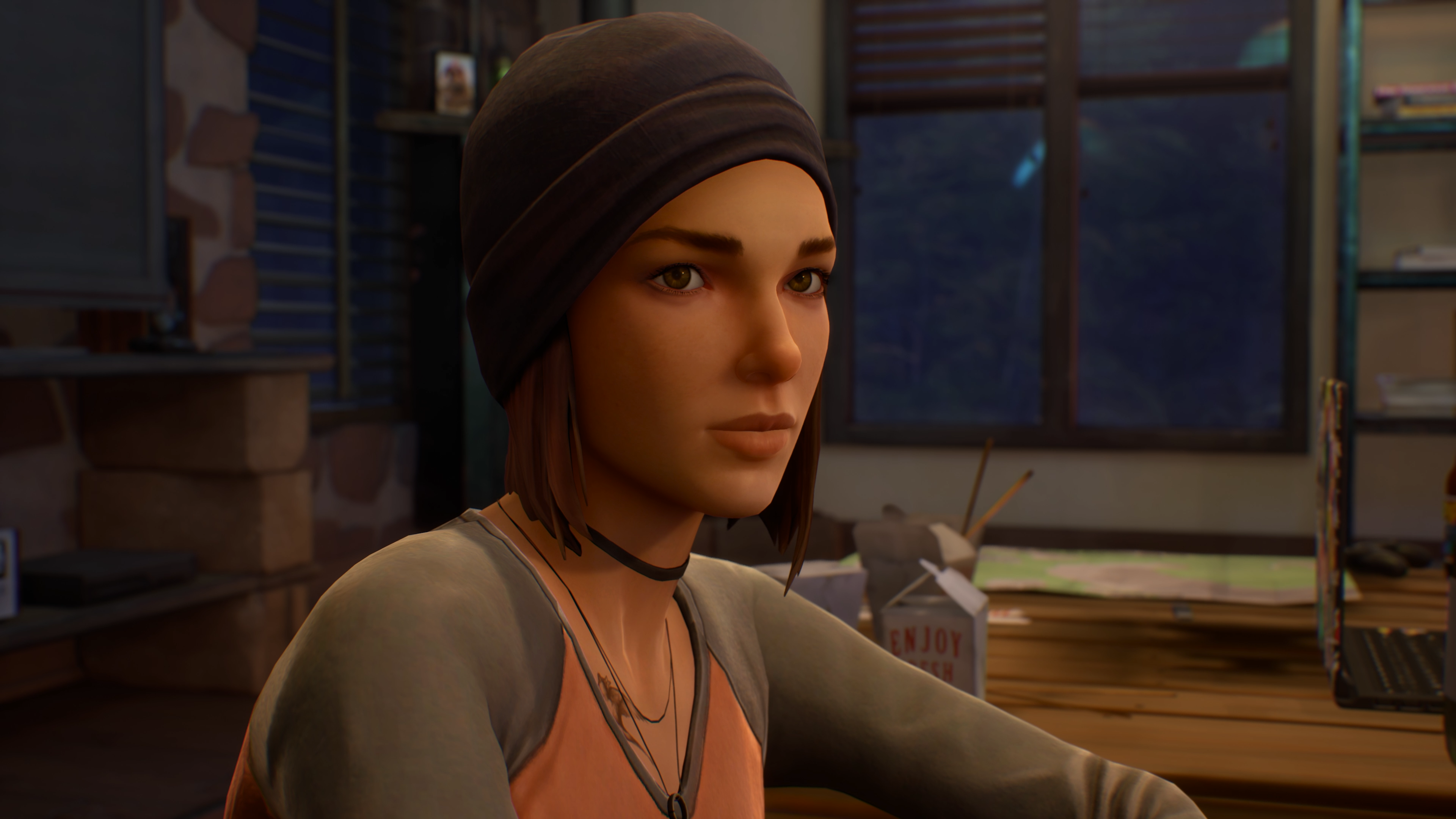 Life is Strange: I See Your True Colors

Speaking of choices, each time you complete a chapter in Life is Strange, the game breaks down what people chose with each decision made in-game. While it’s not exactly anything new added to the game, I’ve always been fascinated by the decisions others went with at integral moments in any given game. In True Colors, about 85% of my choices lined up with the higher percentage giving me some hope that I made the right call. 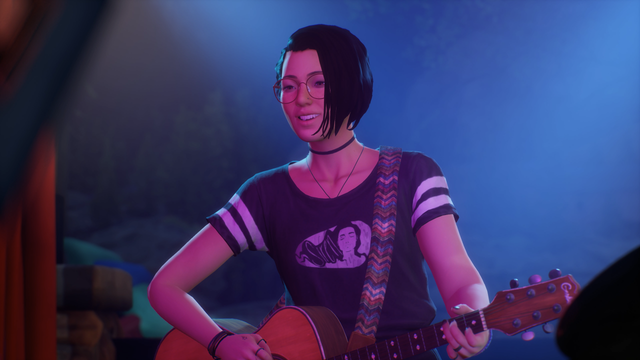 Most of the actions might be familiar if you’ve played any sort of game in this vein — smaller dialogue like agreeing or disagreeing may not be consequential but then the large branching paths come at you fast and you’re left with split-second decisions that’ll shape the rest of your playthrough. Moving to Haven Spring isn’t without its perks either, from the moment Alex arrives, she’s invited to post on MyBlock — essentially Nextdoor, a place to socialize with your neighbours and discuss what’s happening each day.

Not only does Life is Strange: True Colors shed its episodic format but also improves many visual elements. The quality of the visuals has subtly improved over the years with each entry feeling a bit more animated, a bit more refined. It wasn’t until Life is Strange: Before the Storm that I noticed how much of a change the series had made in terms of its environments and character animation. In True Colors, these improvements are noticeably even better than ever and the higher resolution assets showcase the visual fidelity Deck Nine is looking to push the series forward. 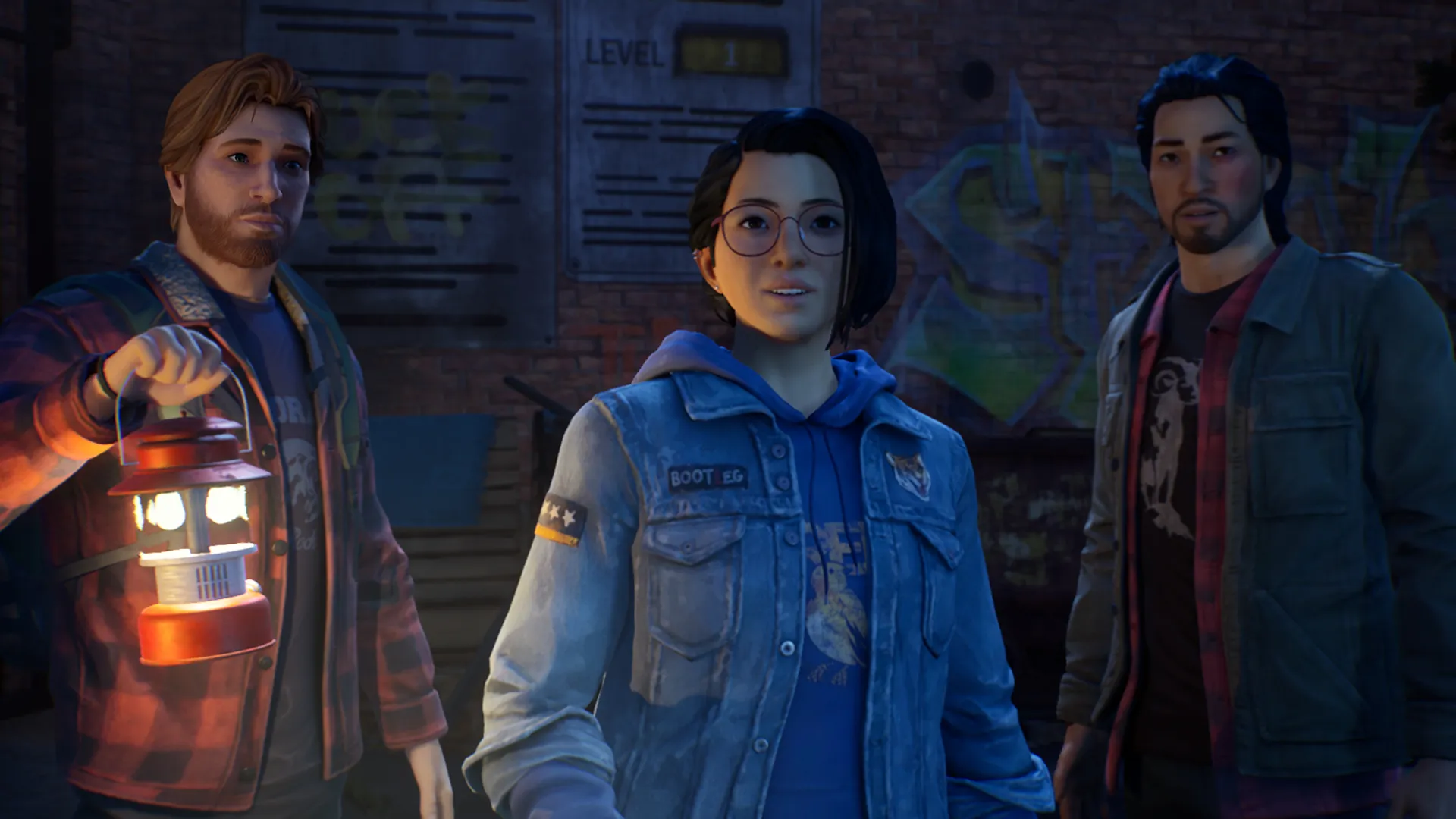 I didn’t really appreciate the leap in graphical fidelity from previous games until the beginning of the third chapter. The earlier chapters showcase Colorado’s natural beauty but once the game starts shifting to more colourful scenes, the improvements began to click, the game began coming together but not without some turbulence. For the graphical improvements, the game’s tone can shift from serious to silly quickly, giving an uneven delivery at times. Performances are stellar across the board and the writing is sublime but when the writers choose to be goofy it feels unearned in some instances. 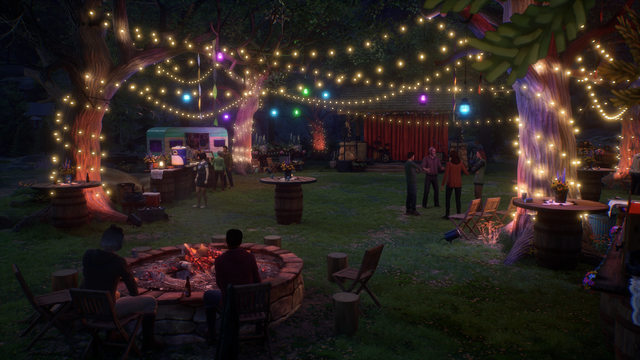 As for performance, the game has some room for improvement. Life is Strange: True Colors suffers from frame rate issues on console and movement can be unsteady. The quality of the visuals isn’t exactly anything to write home about, and the game never seems to go past 30 frames per second. On PlayStation 5, the SSD should make load times nearly nonexistent but somehow even on new hardware, some areas take between 5-10 seconds to load. 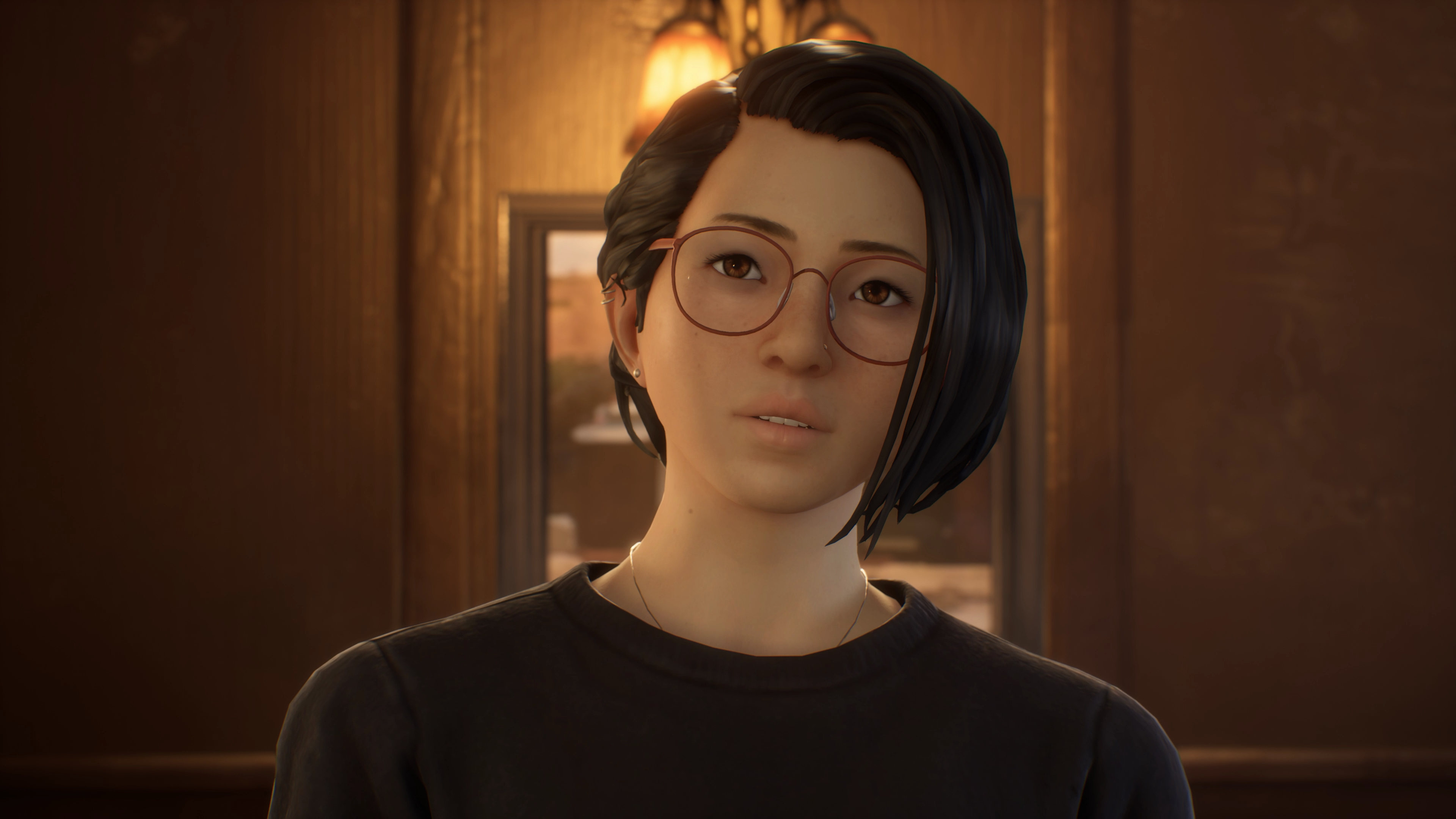 Life is Strange: True Colors features a strong cast with even stronger performances. Taking around ten hours to complete, the story starts off strong but loses its balance before regaining stability towards the end of the game. Playing as Alex Chen, the story about loss and empathy is great and while there are some inconsistencies around the narrative, for the most part, the twists and turns work. Learning what led to the death of her brother Gabe comes with the cost of some heavy discoveries and playing as Alex, you’ll need to make some important choices — ones that felt like they made a difference.  However, technical mishaps and frame rate issues hinder the experience.