For whatever reason, Legend of Mana has always been the black sheep of the Mana series. When I was younger, I was eager to play anything resembling Final Fantasy. I knew of the Mana series, I was lucky enough to own a copy of Secret of Mana, I loved the whimsical style the original game offered and thought the battle system was a fun and engaging system that challenged me. So, hearing a sequel was on PlayStation and readily available at my local Electronics Boutique, I dove in headfirst without really knowing what I was getting myself into and I’m glad I did.

Squaresoft was experiencing this wave of success at the time thanks to the PlayStation’s Final Fantasy games but nothing up that point could prepare us for Legend of Mana. While this third entry used familiar elements of the franchise, there was a massive detour and upheaval of other elements, offering a level of freedom to the player the likes we’d not seen before but the downside of that was how convoluted the entire experience becomes because of it.

Legend of Mana is an outlier title in the series

Legend of Mana is set in the world of Fa’Diel where the mythical Mana Tree has been destroyed nearly a millennia in the past. A war that saw humans, faeries, and every race leading to the tree’s decision to retreat and restore itself. It is here where things begin to deviate from a traditional Mana game as your character is asked to rebuild the world. 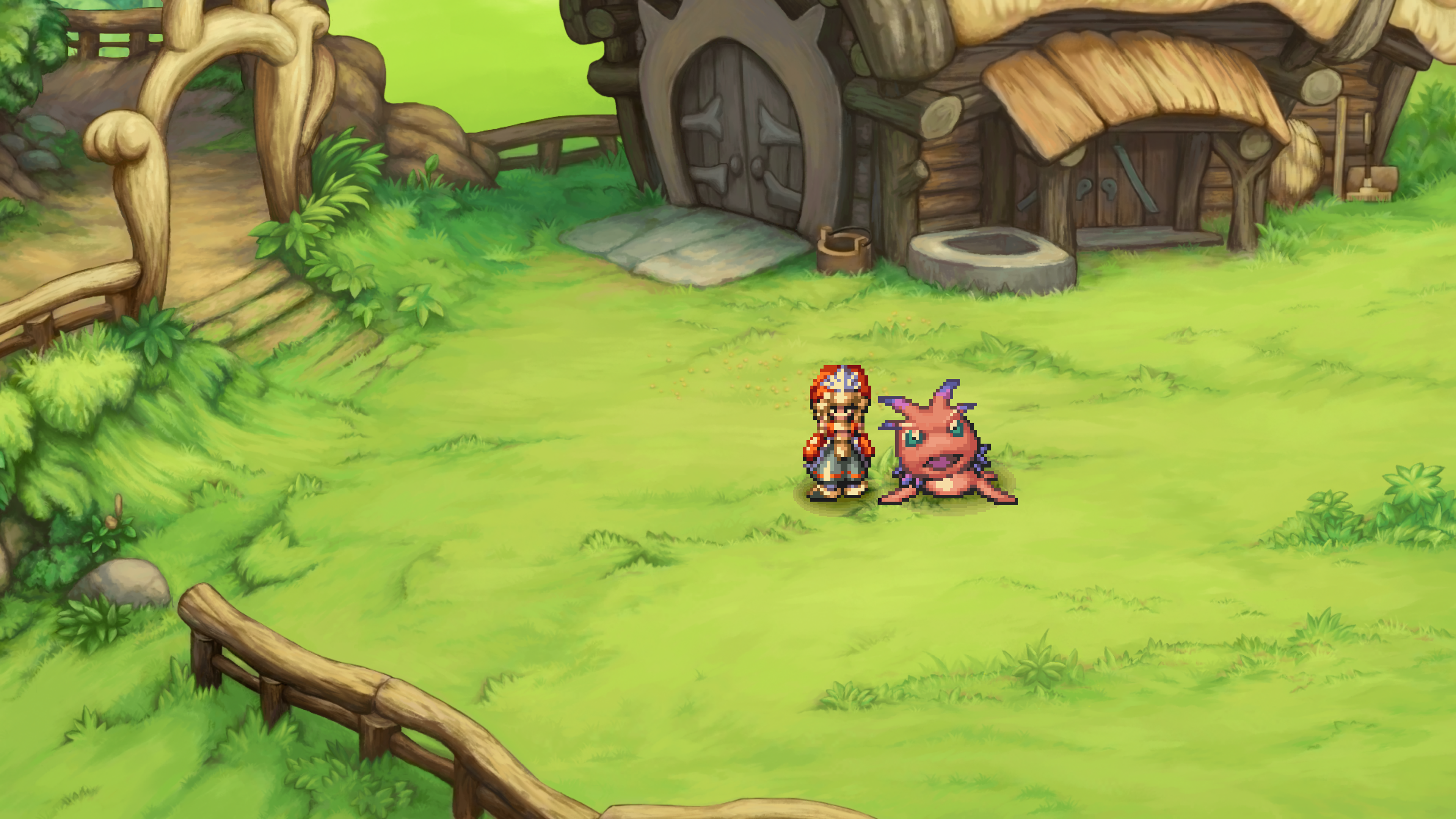 You begin the game by selecting the gender of your character, the preferred weapon type, and your starting location on the world map. Fa’Diel needs your help and with the Land Make system introduced in Legend of Mana, players choose plots of land that turn into locations you will visit. The world is essentially divided into nearly 40 plots of land, each one requiring an Artifact to generate a new piece of land.

Each area you unlock you will visit, and you’ll explore these areas while completing quests and battle enemies before earning another Artifact and continuing to build the world to your liking. The downside of this is each plot of Land must make sense, like placing a piece of Land near water or ensuring the Land you want to place is not surrounded by water.

But it is still a wonderful title

Even years ago, when I initially played Legend of Mana, my biggest concern was how fragmented the world felt. The world itself is what you made it, and that felt off, there was no wonder in going out and exploring. I had to plan where my next Artifact went and even now, the semblance of wonder is missing. This disconnected feeling extends itself into the quests you’ll find yourself trying to complete – with over 60 available to tackle. 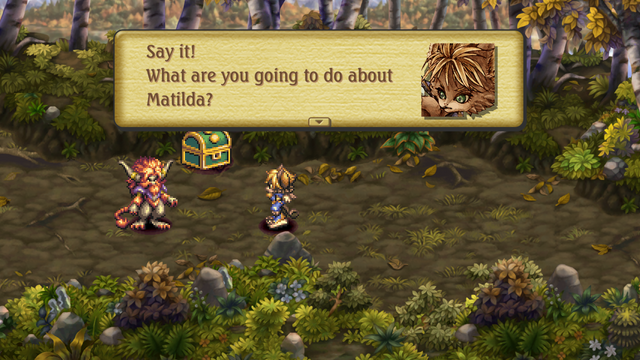 Previous Mana games had a plotted path for their narratives. In Legend of Mana, this isn’t the case. If I could compare it to anything, it would a series of short stories compiled into one book. This makes the narrative lack a compelling core, something to keep you invested in the world, the mysteries, and the people of Fa’Diel. You’re never with anyone long enough for them to really leave an impression.

There are three main story arcs within the game the Faerie arc, the Dragon Emperor arc, and the Jumi arc. You’re free to complete them in any order (choice is a huge component for this game) and each arc is a self-contained narrative. Even without all the extra, had Square decided to pick one story to follow the entire game and my favourite arc centres on the Jumi? 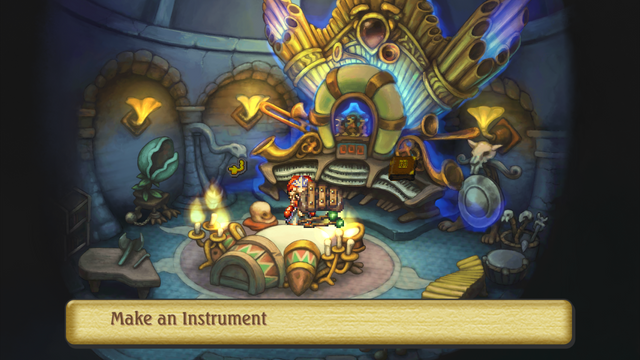 Combat is largely unchanged in The Legend of Mana and consists of two types of attacks, your regular attacks, and your strong attacks. Gone are the percentages found in Secret of Mana, giving you full control of your strikes. Skills are weapon-based attacks, and spells are learned from elemental musical instruments. Continued use of skills leads to stronger attacks and there is a decent challenge for those looking for one. 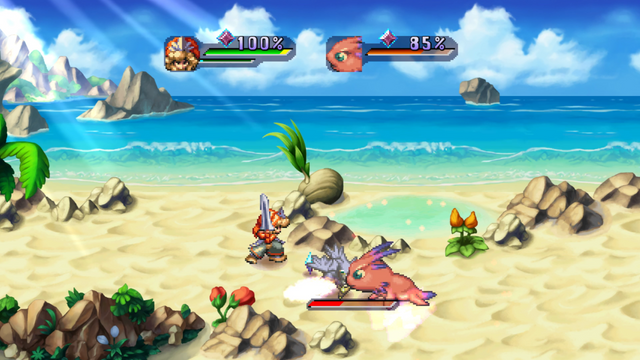 Bolstering your character are several NPCs and many will join you in battle (although only one at a time) and you can even have a second player join you locally to control them. It’s a fun way to play with a friend but it’s a rather system.

Legend of Mana also includes a pet-raising system you might like. In each dungeon, you may find monster eggs. If you have food in your inventory, you are free to lure the egg into your possession, which means you’ll need to care for them until they hatch. They are then free to join your party but unless you find some of the stronger monsters, these computer-controller monsters aren’t the best companions. 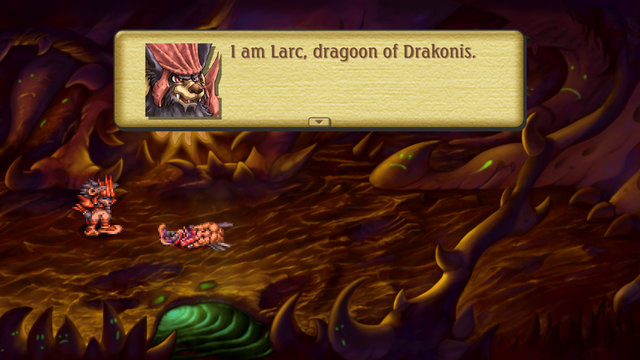 Graphically, Legend of Mana looks great years later. The art style of the original sprites looked great years ago, while it may be simplistic by today’s standard, it is a timeless ornate style. Mana’s backgrounds were some of the most detailed at the time but they are elevated by the remastering. I appreciate the team who worked on this remaster going back and expanding shifting the game’s aspect ratio to 16:9. Paired with a dulcet soundtrack led by Yoko Shimomura, the influential compost rarely ever disappoints. The melodious and optimistic songs fit well with the world you’re looking to rebuild. Comparatively, the time between the original release and where Shimomura is now as an artist shows the exceptional growth behind one of my favourite Japanese composers and I highly appreciate the added arrangements to the remaster.

Legend of Mana is far from a perfect game but it is a ton of fun and it has some great moments worth experiencing. It is up to you to assemble the experience and while that may be disorienting for some, it can be fun assembling the world you desire. With an abundance of quests, a fun battle system, and gorgeous remastered graphics, Legend of Mana gets a second chance at proving itself with a new generation.