The original Knack released in November 2013 and was met with very little fanfare. See, the original Knack released, and the game felt more like a tech demo of what the PlayStation 4 could do at launch, and word of mouth ended up having me skip the release entirely, for good reason. So, when Knack 2 was revealed at PSX, I know I was one of those people who asked why especially after the lacklustre fanfare the original received. I was open to seeing how the sequel would do, and I was hopeful the developers would learn from the first Knack and improve on it.

Knack 2 takes place some years later after the original Knack, and the game begins with the city of New Haven being attacked. Knack and Lucas are working together to stop the attack, and from there, we roll back six months to the actual start of the game, as most of the story is spent told through flashbacks, explaining the lead-up to the attack. Did I mention you play as Knack, a semi-sentient being created to aid in the fight against Goblins, which are a thing in this world?

The story found in Knack 2 isn’t as deep as saying something like The Witcher, instead, it feels like it is there to guide you from level to level to get to the good stuff, which is the gameplay that has been vastly improved over the original Knack. A lot of it is fluff and leaves you scratching your head if you try to pay attention, instead, it’s best to focus on the meat of Knack 2 – the gameplay!

This game is an action-platformer and thanks to Mark Cerny and his team, they have vastly improved on many things that were wrong with the original game. Knack can learn and unlock new attacks, combos and powers, which greatly improves the combat found in Knack 2. The steady drip of new moves gives more influence to how Knack can be utilized against Goblins, and the welcome variety of new enemies provide reason enough to try the catalogue of moves available to Knack. 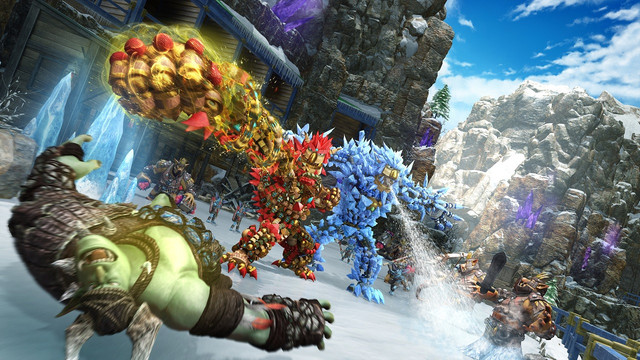 Combat is responsive and quick, and you’ll never feel like you’re dealing with more than you can handle at any time. It’s also thanks to such a stellar upgrade system that encounters with Goblins is often more fun than they should be. Early levels have Goblins with shields, and soon after, Knack can learn an ability to break those shields, and my favourite part is how well thought out the progression of moves and abilities is.

Platforming is also a big part of Knack 2, there’s a lot of it, and I’m happy it was sometimes a challenge to complete. The further into the game you get, the more intricate the platforming felt, a sign that the level design wasn’t as cookie-cutter as other games tend to end up being. Knack is also able to shrink and grow, which gives puzzles a great spin on an established formula, allowing Knack to squeeze through tighter gaps and places big Knack would not be able to go to. 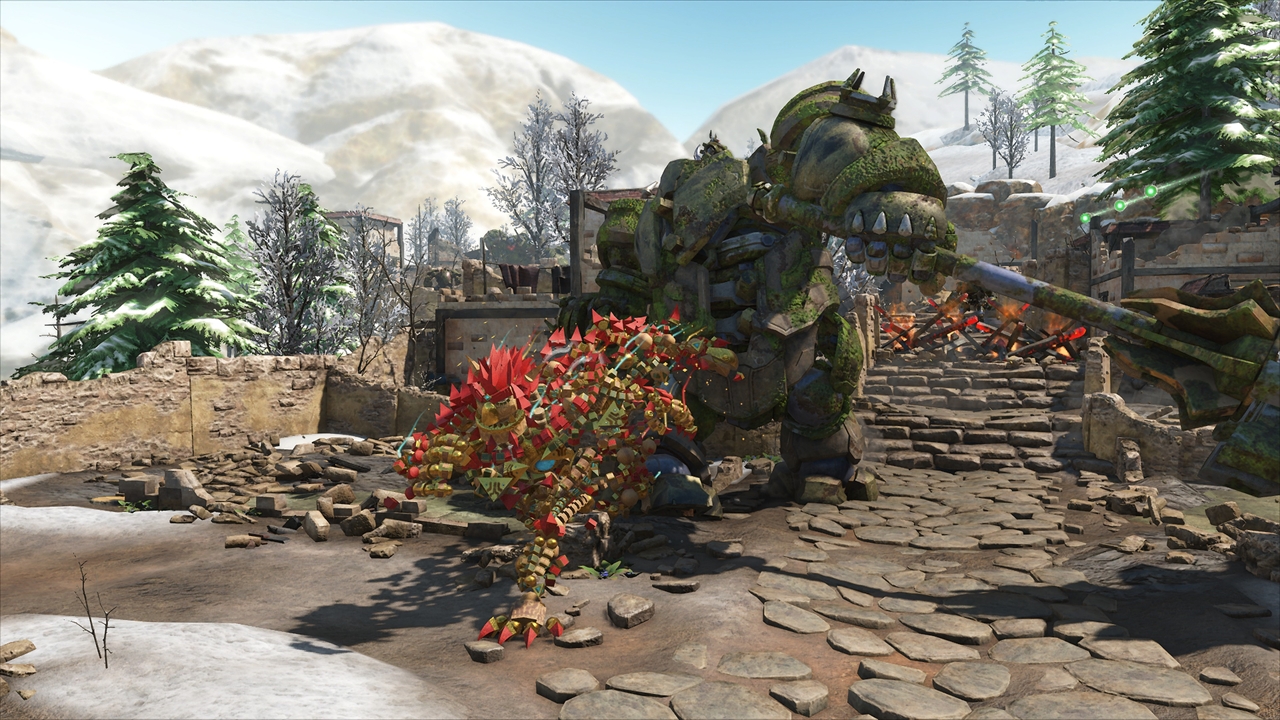 A big thing I read that the original Knack lacked was checkpoints, there were few and far between and often going through message boards, I found the word pathetic quite often. Knack 2 is generous with its checkpoint system, being first a platformer, a proper system that doesn’t penalize you too bad when you make a mistake and need to start over is a big thing to have. Between platforms and enemies, you’ll end up using the system a few times even, more so with enemies that have elemental shields that need to be brought down before you can even defeat them.

A nice addition that I was on the fence about initially, was the co-op mode. Knack 2 is the last game I expected to have a co-op mode and decidedly it’s fun! Playing with a friend allows for two Knacks to be on screen, there are even co-op-only actions you won’t find anywhere else, providing you new and exciting ways to take on enemies and puzzles. 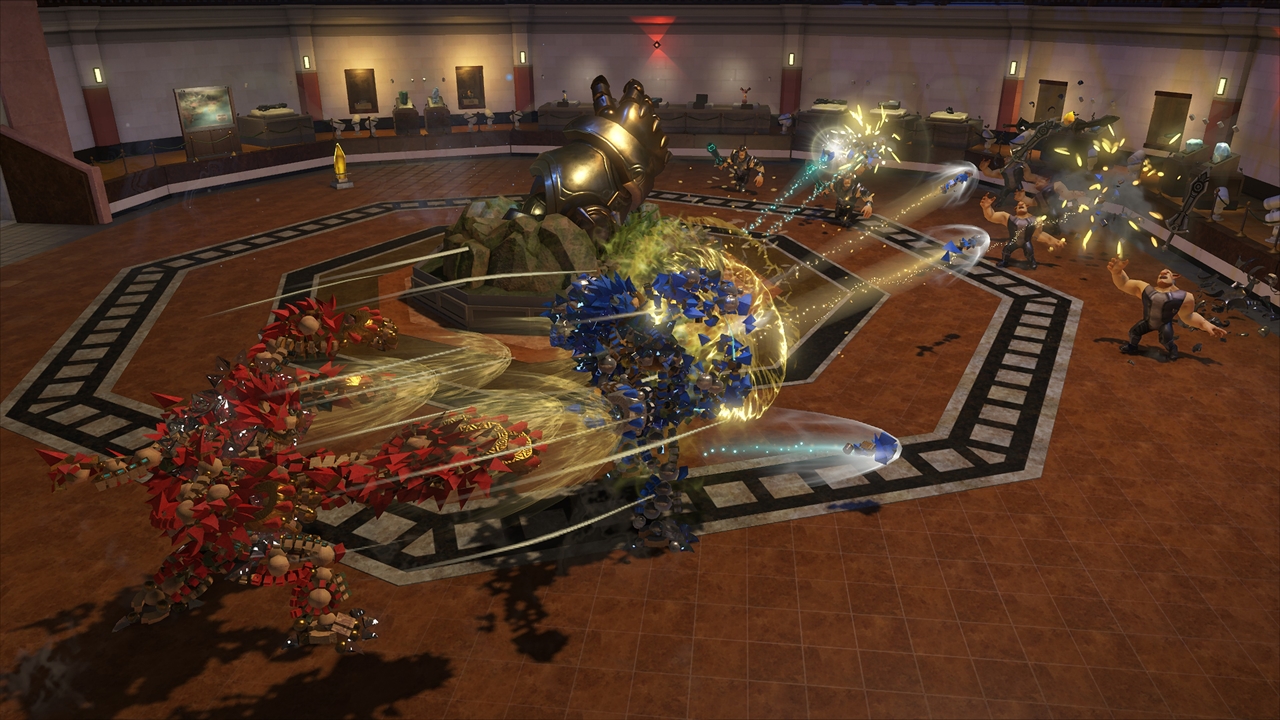 Presentation is a big part of anything, right? Knack 2 is stunning when played on a PlayStation 4 Pro with HDR, and the lighting and shadows alone caught my attention. The detail on Knack, is a real winner, as you can see the attention the developers wanted to put on this mythical sentient being that you play as. Four years ago, Knack was a marvel for its graphics, now, its sequel can say that same.

Boiling it down, Knack 2 is a great sequel to a mediocre game and what Knack offers is an easy-going game that gives you a simplistic platformer mixed in with decent combat and fair puzzles. A bonus co-op mode that plays better than expected, clocking in at 13 hours, you can then jump into a New Game + mode, timed attack mode and a few other things to occupy your time. Knack 2 is a great game geared towards kids but it also has something for every age, it’s something you shouldn’t miss out on.