With each passing Kirby title Nintendo releases, it’s very much the case where a new mechanic is introduced with the most recent being the fun, bite-sized Kirby: Planet Robobot a spin on mechs and, well, Kirby. Before that, we got the extra cute Kirby’s Epic Yarn and so on. Kirby is the perfect character to continually reinvent simply because of his what he can do and how he handles. With Kirby Star Allies, up to four players can incorporate the well-known chameleon ability with new weapons that can be fused with elements. You can also create exciting ways to solve puzzles as well as work together to charge up weapons, in what is one of Kirby’s most exciting games yet.

Once again, Kirby is called upon to save the world as a mysterious alien entity is seen performing some sort of ritual – which summons curious purple hearts. Of course, one rogue part of the spell causes a pink heart to fall onto Kirby, allowing him to not only copy the abilities of his enemies but can now also throw his pink heart at them to befriend them, allowing him to use to for his cause. This is how the game begins, and it’s a wonderful race through the colorful world of Kirby as you make your way through staples like Dreamland. 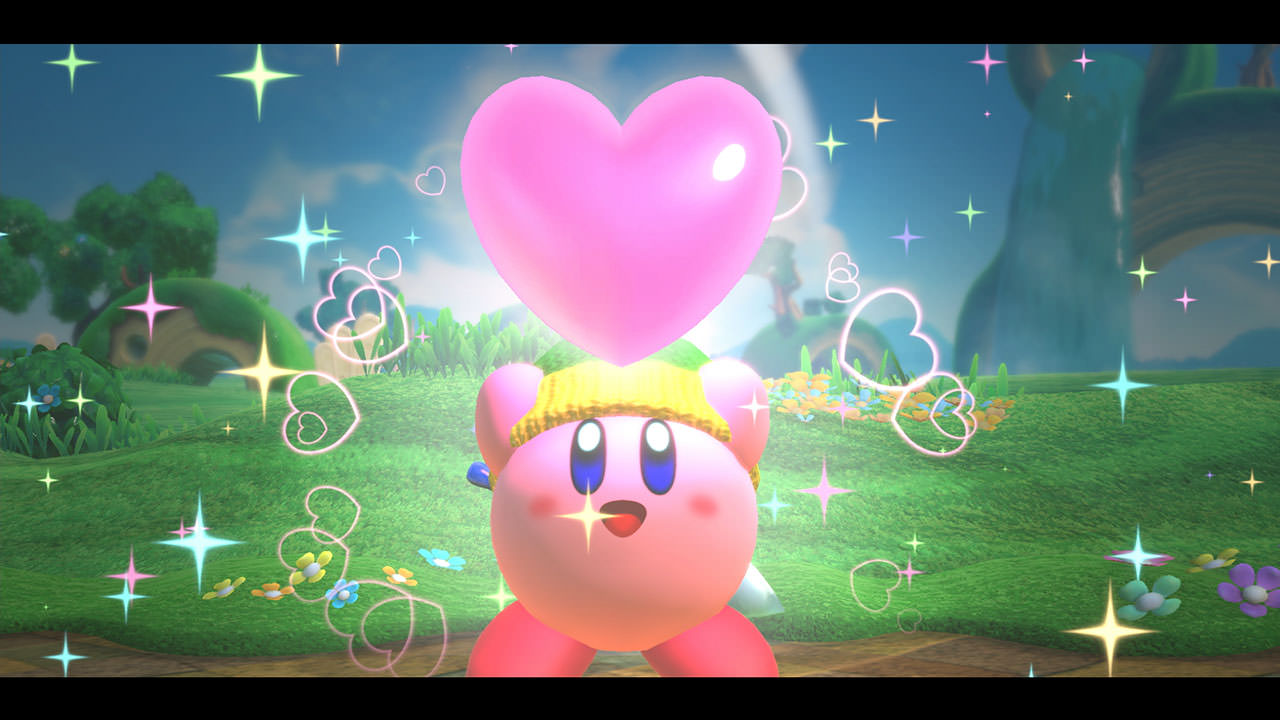 With many games that incorporate an AI helper, the programming can’t find the rhythm to keep it interesting and somewhat believable. Sometimes, they may run into an obstacle and be stuck on something – not here though. The AI here is smart and intuitive and helps enhance the experience by providing actual support. The downside this is just how much can happen on screen often causing some slowdown and causing the frame rate to dip, in part to how much the gameplay changes from a side-scroller to an action game. Things can often become overwhelming by just how many projectiles shoot across the screen. 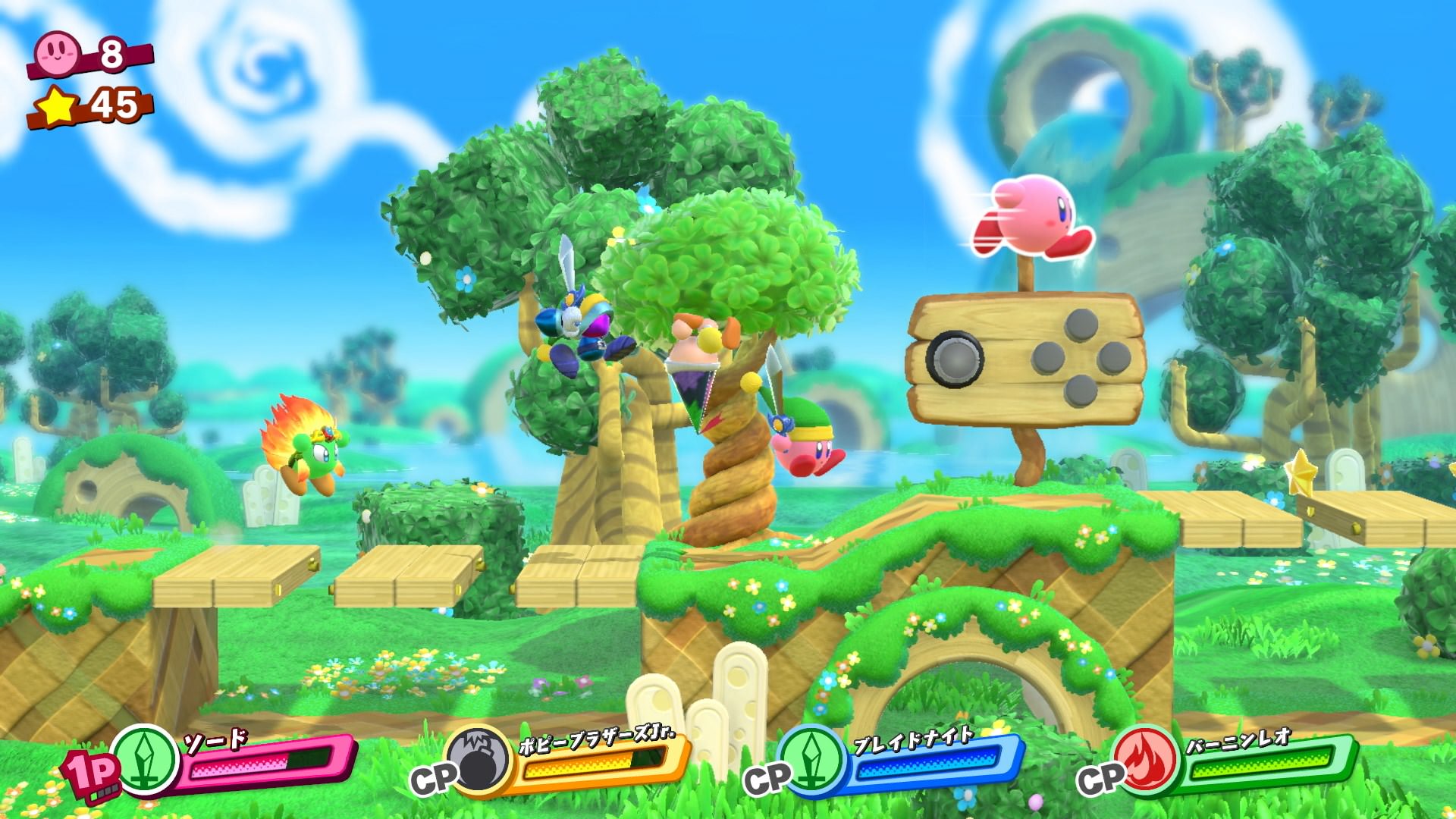 There are tons of enemies to absorb with well over two dozen to explore and utilize and the best part is how different each can be. A personal favorite is the Blade Knight, and the NESP, creating a barrier around Kirby. Many enemy staples make a return, you’re likely to see one that is a favorite. What works well here is how often you’ll need to switch out your allies, one may not be able to help on a puzzle, or if something blocks your path you’ll need to gain the proper ability. The constant shifting of who was in my party kept things intriguing and engaged in what I was doing. If you prefer playing with friends over the AI, Kirby features an easy and effective drop in and drop out co-op system that allows you to join at any point. To join, all your friends need to do is press the L and R buttons to take over an AI ally, and that’s it. To leave the game, simply press Y to exit. 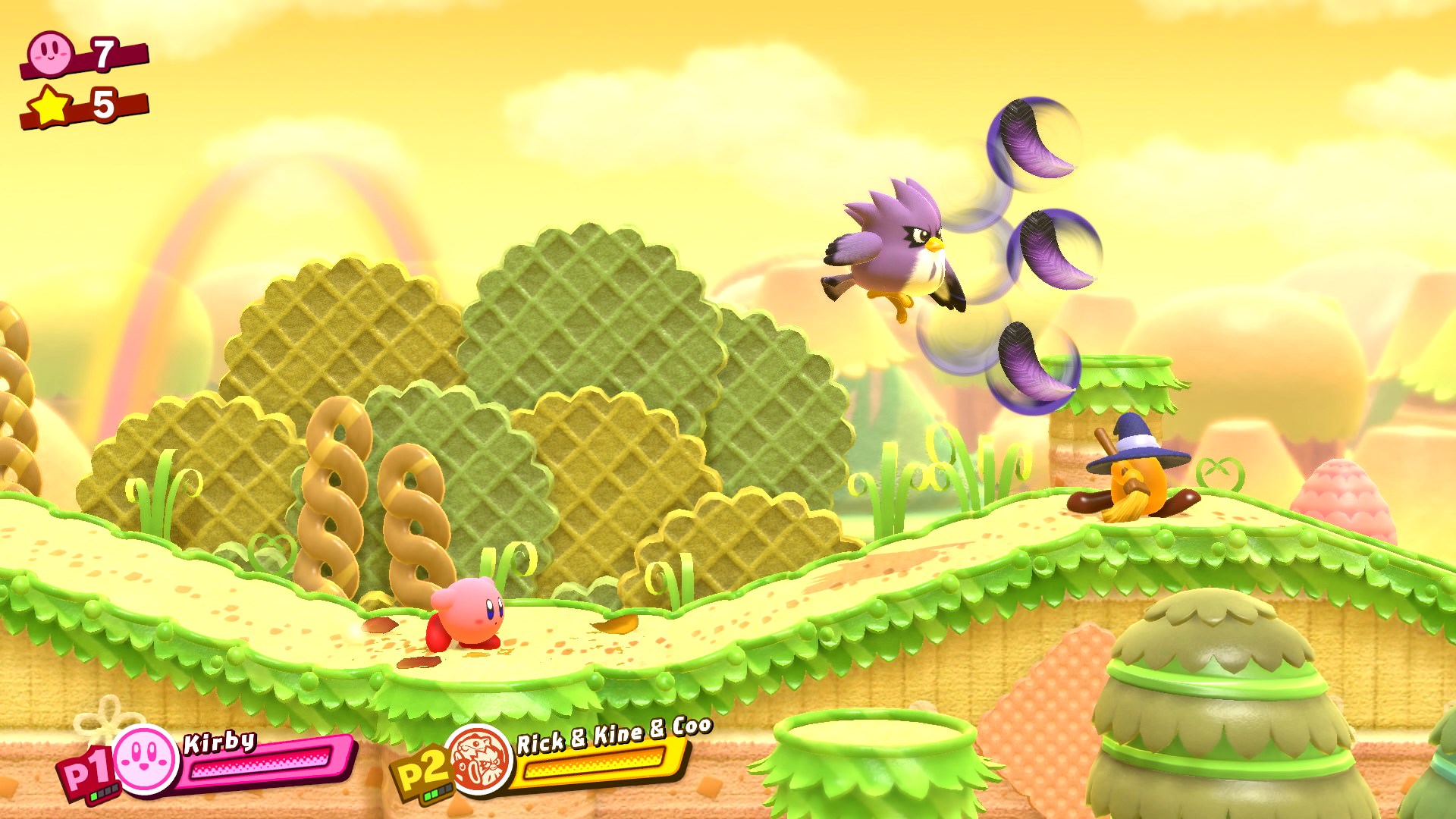 Once you’re finished the story mode, which includes roughly 40 levels to complete, the real fun starts. Kirby Star Allies feature a ton of post-game content that will keep you busy for some time, however, I see this aimed at the younger crowd – this is something to continually come back to when you’re looking to find new and exciting weapons to create. There’s a handful of fun minigames including Chop Champs – a minigame involving cutting down trees but include obstacles that bolster your progress and Star Slam Heroes, a sci-fi home run derby. One is fun, the other not so much. 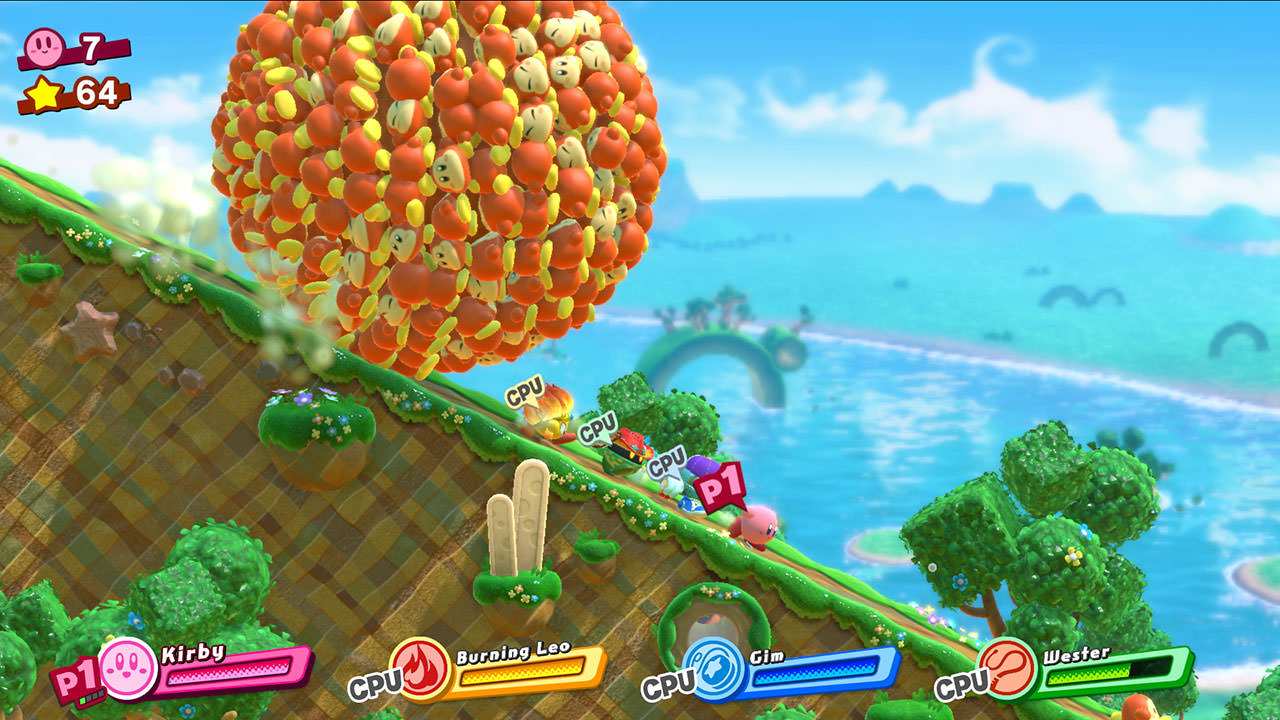 As with almost all Kirby titles, don’t expect much in terms of story. It’s a rehash of older games in that sense, but this Star Allies is built on the fundamentals of teamwork, whether with others or with AI allies. While the Kirby series is known for how easy they are, you’ll find enjoyment as you make your way through Dreamland. From the wonderful and colorful levels and stunning backdrops to the fun and entertaining enemies you’ll consume and face-off against, it’s an enjoyable ride beginning to end. I’d love to see HAL take Kirby in a new and exciting direction, for now though, the way this Kirby plays is a safe bet.