It wasn’t until the week before the launch of Kena: Bridge of Spirits I learned that Ember Lab is the same studio that worked on Majora’s Mask fan film, Terrible Fate. When that film launched, I was enamoured with the project, as featured one of the weirder entries in the Zelda series. Then, the studio showed up at the PlayStation 5 Showcase to reveal their first, self-published game – Kena: Bridge of Spirits. I’ve been following along since the initial reveal, partially due to the fact the game looks like a Disney Pixar film. Now, with the game out in the wild and in the hands of fans, playing through the game feels about as well as I’d expected it to be.

I believe this should be discussed because there’s been a ton of misinformation online. Ember Labs is not a massive studio, they don’t have the same budget a game as Horizon Forbidden West has. The CG we’ve seen is mighty impressive given the talented team who worked on the game. Everything we’ve seen so far has been extraordinary given the size of the team. I’ve spoken to colleagues, read the expectations of strangers online and found no one is sure what the game is expected to be. I can say that it’s not a blockbuster game that’ll shape the future of the industry, but it is a commendable action-platformer worth your time.

From the moment you begin, Kena: Bridge of Spirits lays out the world for you. You learn the basics before being given the reigns of Kena (pronounced ‘Kay-Nuh’), a spirit guide of few words, who shepherds the dead into the next life by taking away their resentment and anger. Spirits are mostly accepting of their situation and move onto the next stage of their life but there are rare occasions where they aren’t ready to move on. Kena must learn more about these spirits, who they were and exactly what happened to them before she can send them on their way. 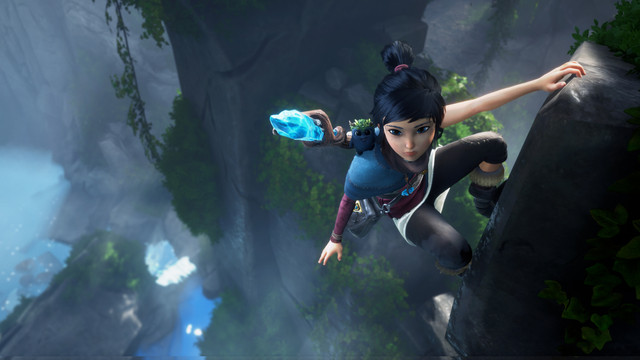 One day, upon wandering the forest, our protagonist comes upon an abandoned village. Filled with lingering spirits, the area is slowly giving way to corruption. With any waterfall effect, things begin to collapse due to the poison the corruption exudes. Kena meets the Rot, the cute little critters on display in every trailer we’ve seen.

Kena: Bridge of Spirits harkens back to classic game design

Many of the elements that bring Kena: Bridge of Spirits together harken back classic game design. For example, the world is broken up into zones instead of an open world, which might sound familiar if you’ve played any of the older 3D Zelda titles. You head out to task and must complete a list of duties, fight a boss or two, then head to the next area. After being away from this sort of level design for so long, it’s nice to return to the linearity of it all, I wish we had more of this instead of sprawling open worlds filled with clutter. You need to cleanse the area of corruption, often tied to a prominent spirit that oversees the area and you’ll need to learn about them before finally helping them move on. 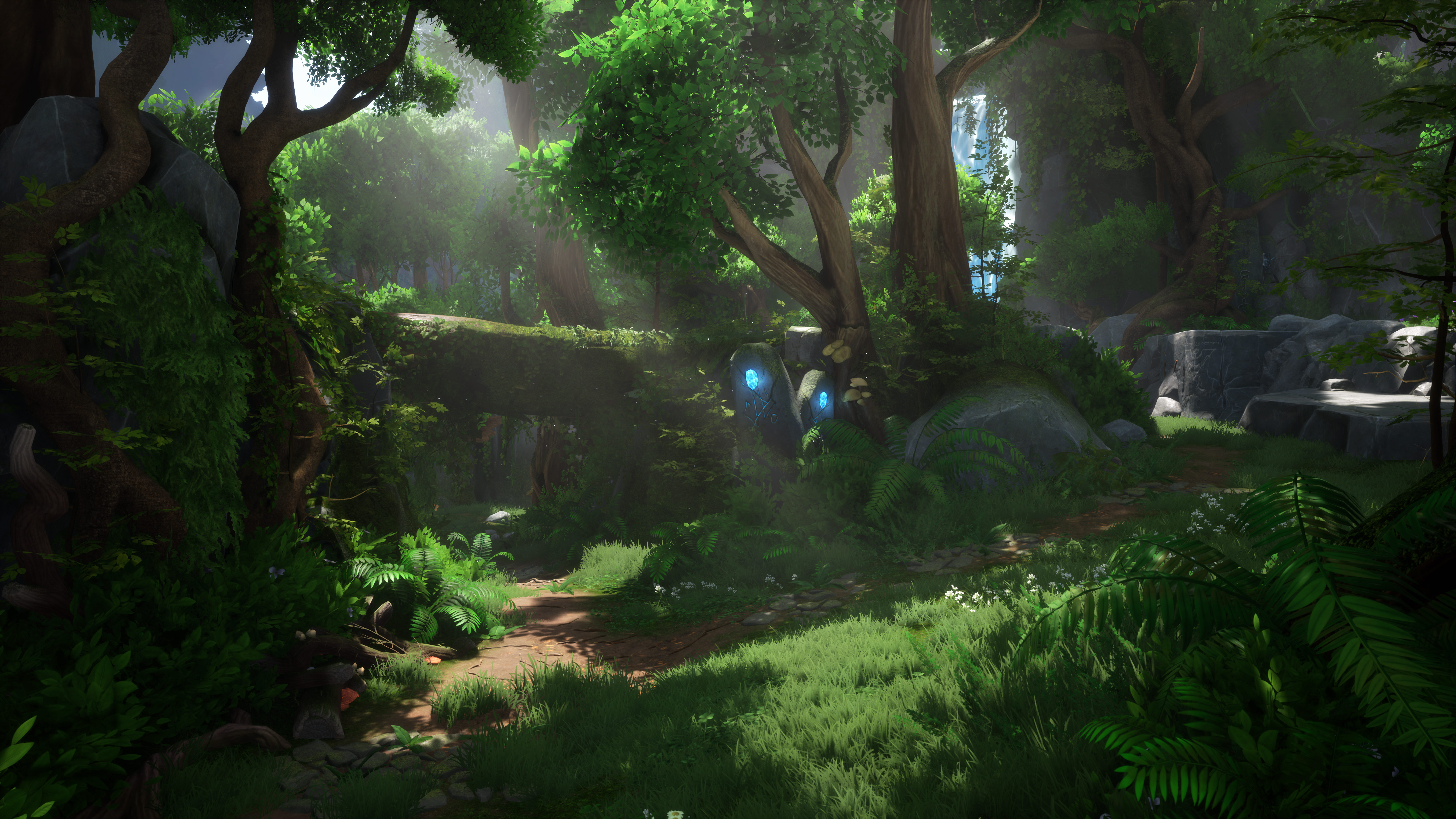 Exploration and movement are wonderful and Kena is agile and handles well outside of combat, being able to maneuver the forest with the help of the Rot. At times, these creatures help Kena in a sort of Pikmin-like way by using them in environmental puzzles, by lifting platforms, and even distracting enemies. You’ll need to collect the Rot throughout the forest, and they support Kena on her journey to cleanse the area. 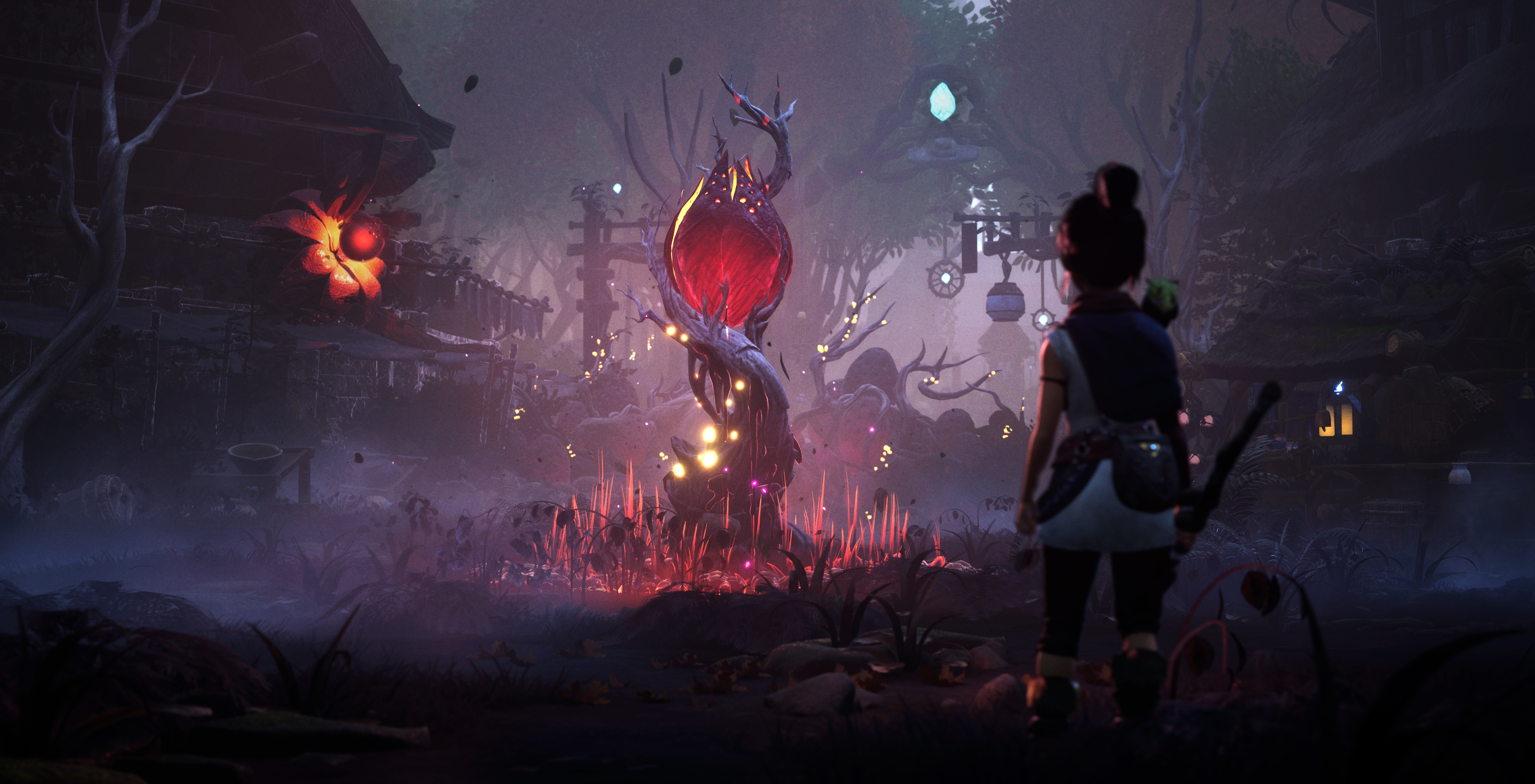 Combat will feel familiar as Kena uses her magical staff to fight off enemies. Using both heavy and light attacks, you use combinations of both attacks to fight enemies. It wasn’t long into the story that I suffered defeat at the hands of an enemy – they hit fast, and they hit hard and will take you out if you don’t pay attention. Thankfully, you can dodge attacks and gain use of a spirit shield, giving you a bit of breathing room – but be wary, the shield breaks after a few hits from the enemy. I found parrying to be the best option in most cases, learning the timing and nailing the rhythm are your best bets when facing down enemies. 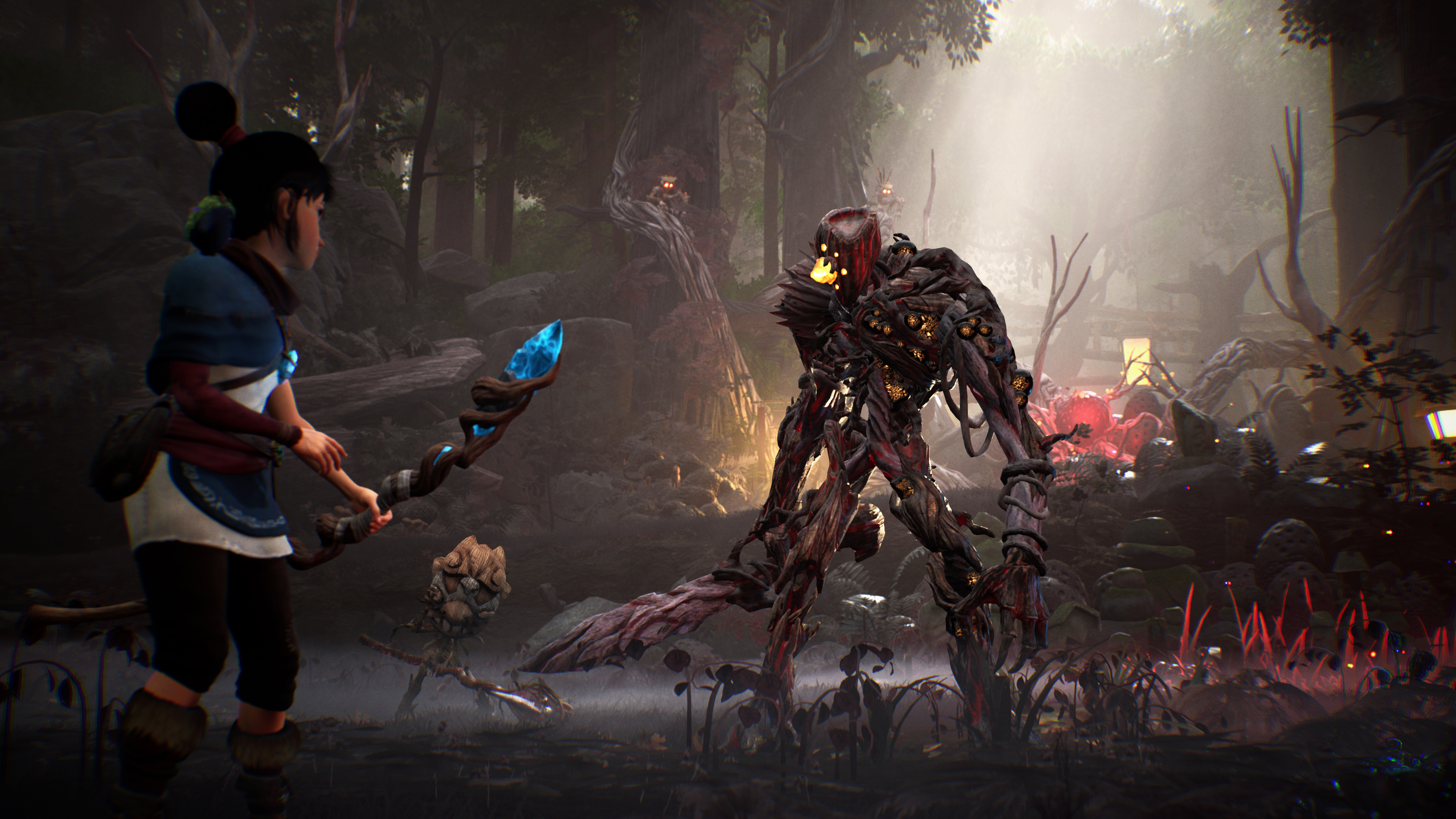 Kena’s physical abilities are padded with a bow and later bombs. These add a nice level of variety to battles. The Rot bolsters your weapons by making them more powerful. In some cases, you can gain more power, a larger inventory and so on. Once you begin expanding your armoury does the game’s combat feels complete, but you never really need to change your strategies in battle, leaving the system to fall into repetition. 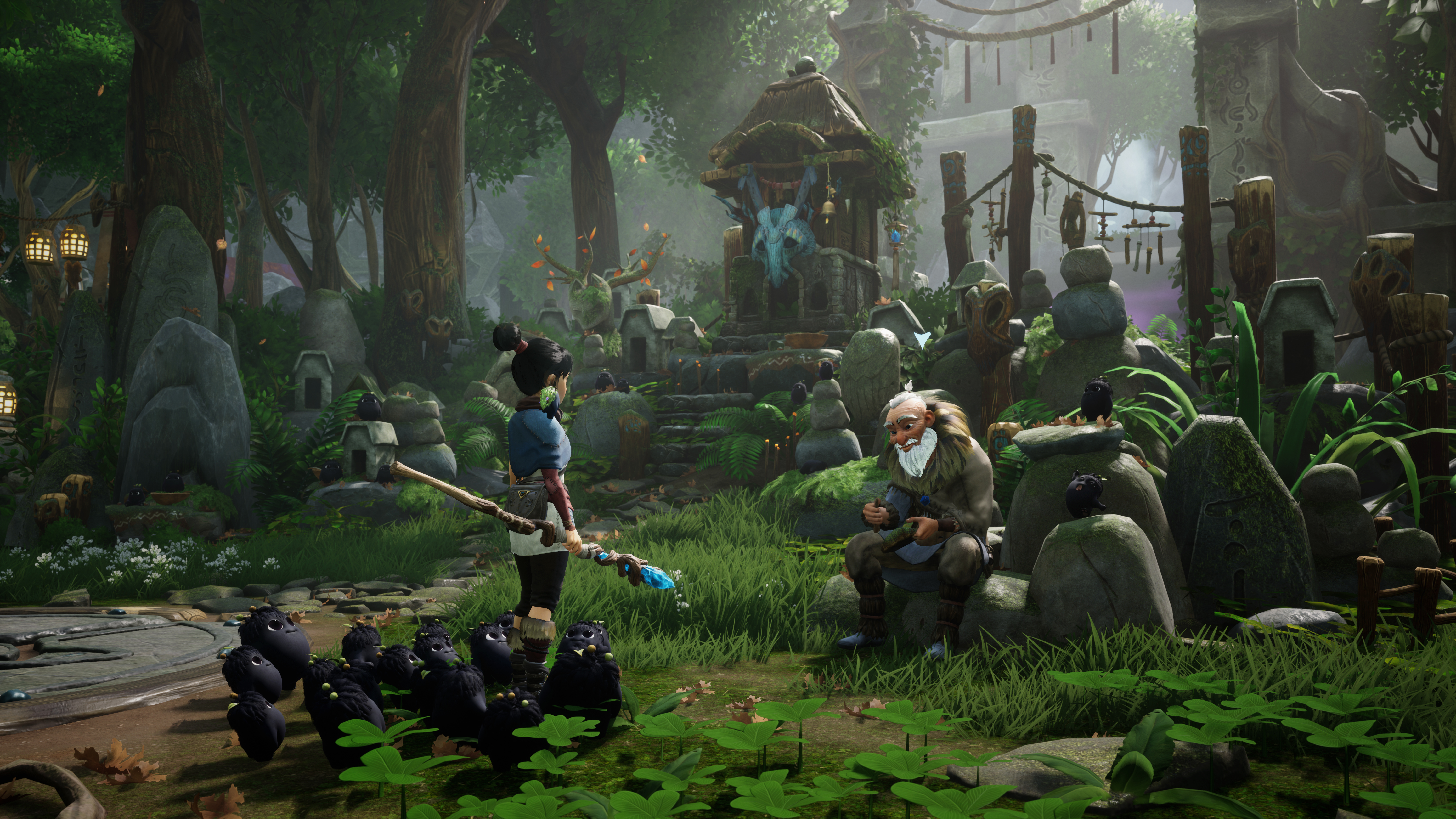 Kena: Bridge of Spirits is a fantastic first outing for Ember Labs. While there are lofty expectations surrounding the game, I recommend going in with an open mind – you won’t be disappointed. A lot of the elements used to create Kena: Bridge of Spirits are found in older titles on the PS2 but with a touch of modern sensibilities. For Ember Lab’s first outing, this is a wonderful start and once I’m glad uses linearity to tell a story.