A beautiful take on a tired tale

The story of a fallen human civilization has been told numerous times with varying degrees of success. Itorah is the next game in line with a distinctive look, one that feels like it allows you to dig deep into a world that despite some shortfalls, is well worth your time.

Hanging by a Thread

You literally begin the game hanging by a thread, or more like a giant spider web. But as I mentioned above, human civilization is also a thing of the past, you discover early on that you’re likely the only one left… or the last thread… of human life. Ok, enough with the metaphors and onto the talking giant axe! 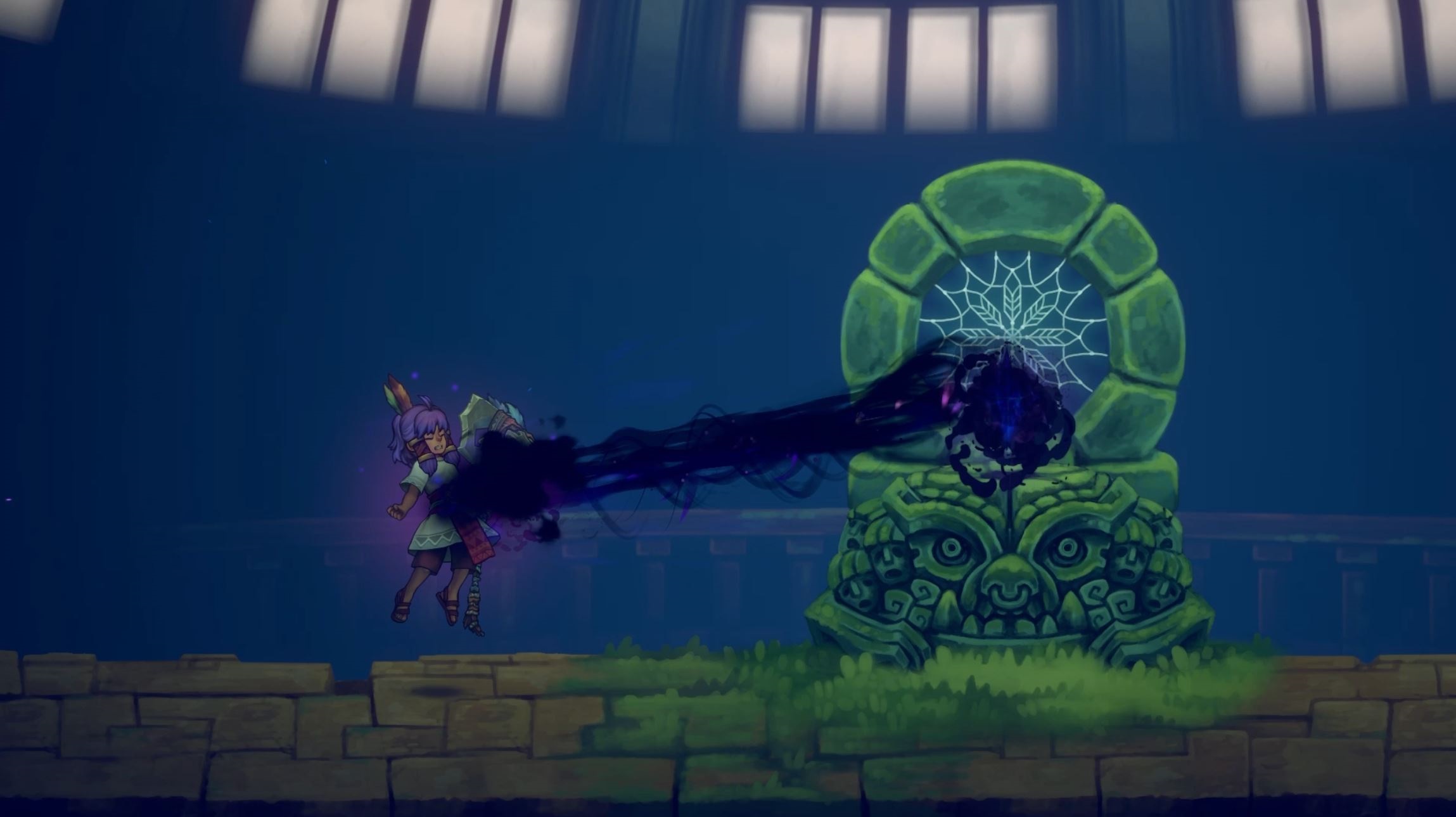 Itorah is a silent protagonist that is quickly joined by the aforementioned axe, and a few others who are trying to unravel the mystery of what happened and if she truly is the last of her kind on Nahucan. That mystery is just the beginning, as a plague is taking over and Itorah is best equipped to deal with what’s eating away at everything around you.

I appreciate that the developers have taken inspiration from Indigenous cultures and communities not only for the story but how the game looks. I only wish the game gave me more of the backstory in the first few hours of the game rather than slowly unveiling it. It didn’t take me out of the story, but I felt far more invested later on than I did to kick things off. 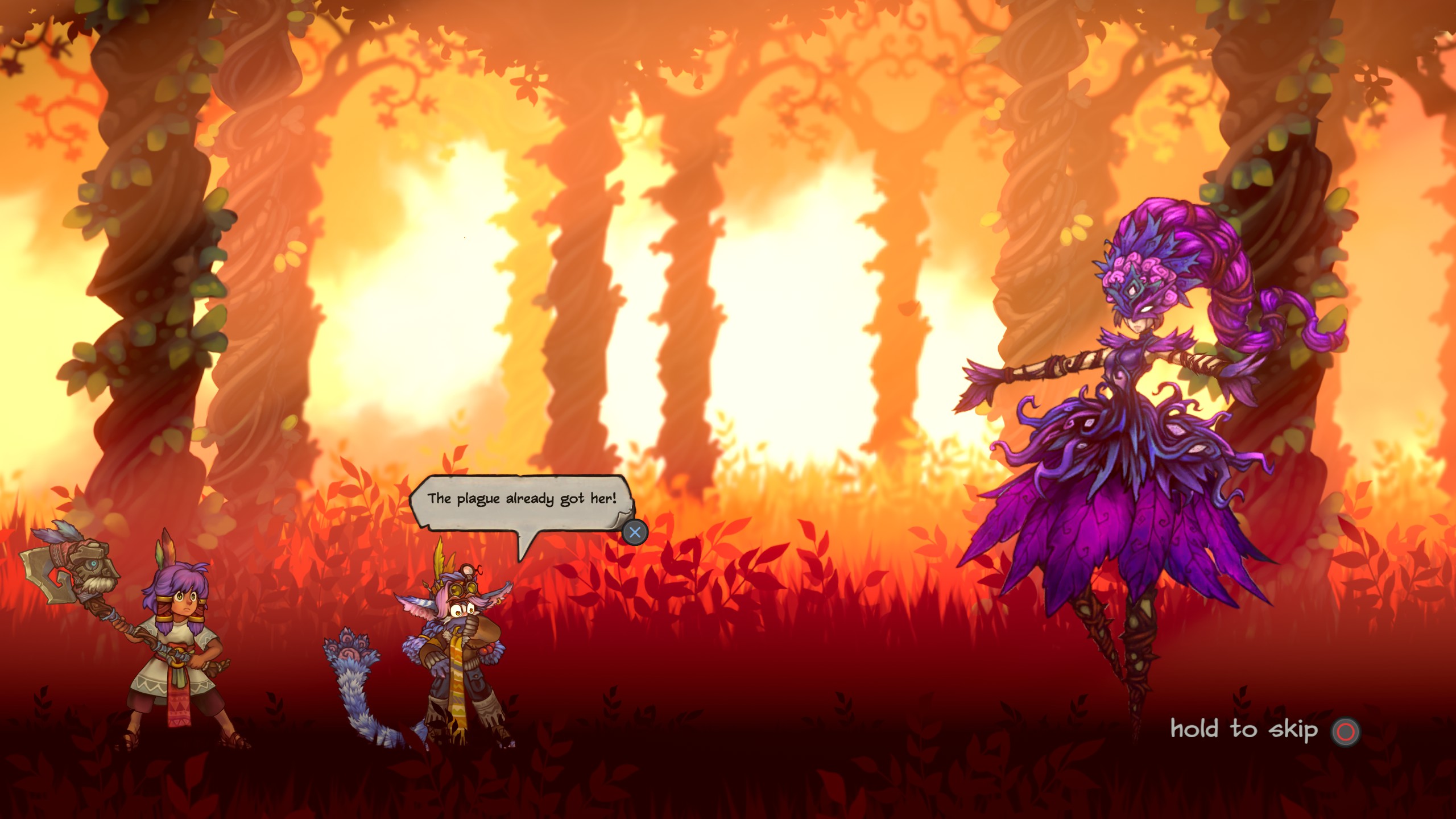 Your talking Weapon of Choice

The journey Itorah and her companions take is a treacherous one. There are dozens of enemies to dodge and hit from the first forest you navigate through. The enemies are pretty familiar, with mostly basic abilities and movement. If you’ve played an action-platformer before, you’ve seen these spiders, bugs, and the like.

As you progress, you find and unlock new abilities for Itorah, most of them based around combat that will give you fun combos or do more damage in a single big swing. You will also increase health and a stamina bar, but the game is not very difficult, so I rarely felt worried about falling short on either of those stats. 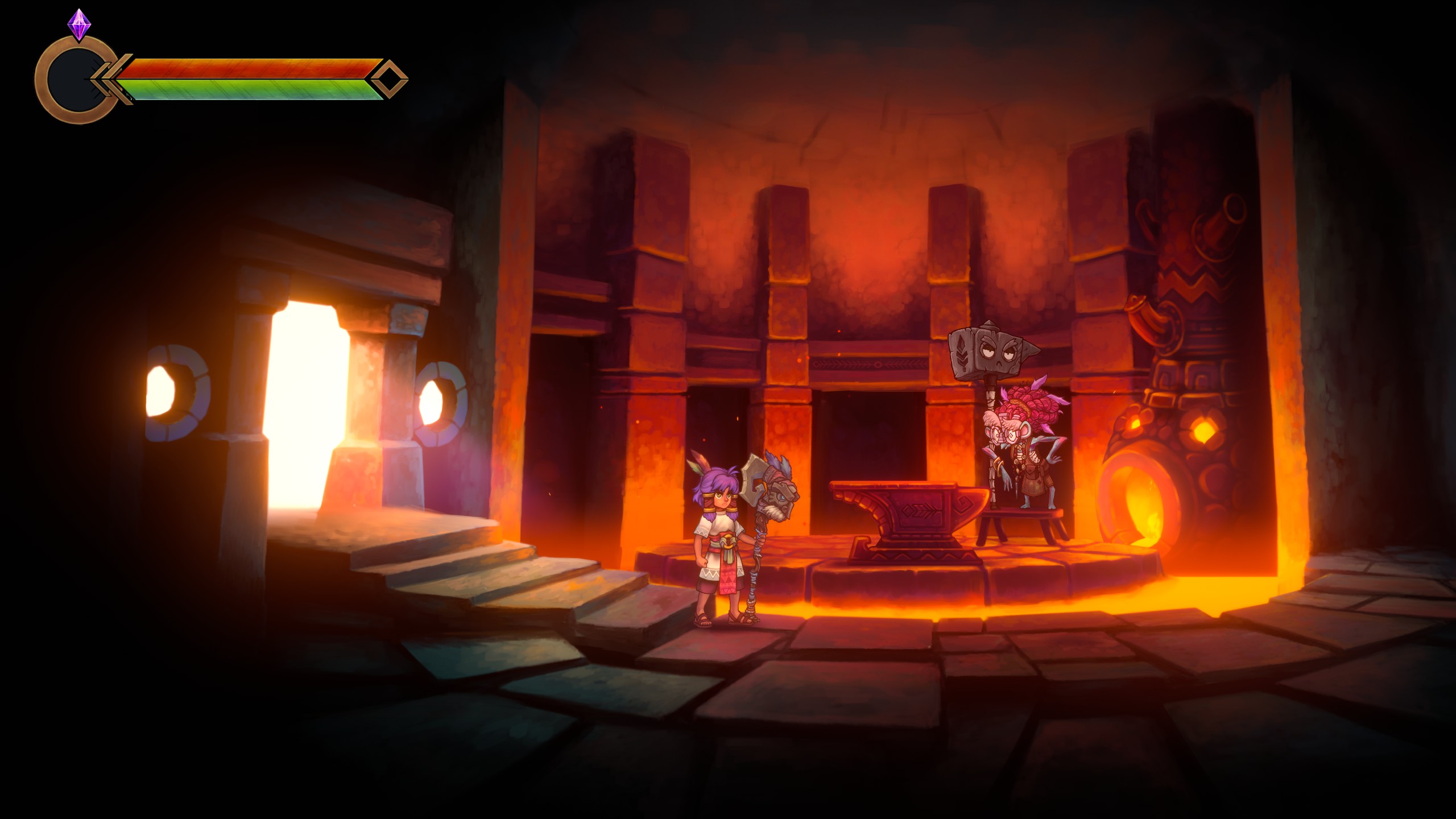 The platforming is a little hit and miss. Sometimes it’s super simple to traverse through even the most difficult-looking traps and gaps. At other times, there are chase scenes where I felt as though the jumping in particular was almost too tight. I failed numerous times when trying to jump off walls and land on a small platform. It didn’t happen often, but when it did the pace of the game really took a hit.

I found Itorah to take a fairly simplistic “we’ve seen this all before” path when it comes to gameplay. It’s not inherently a negative, it’s just not overly unique. I wouldn’t let that deter you though, it’s still fun, especially because of who you’re fighting, how they look, and the environment that surrounds them. 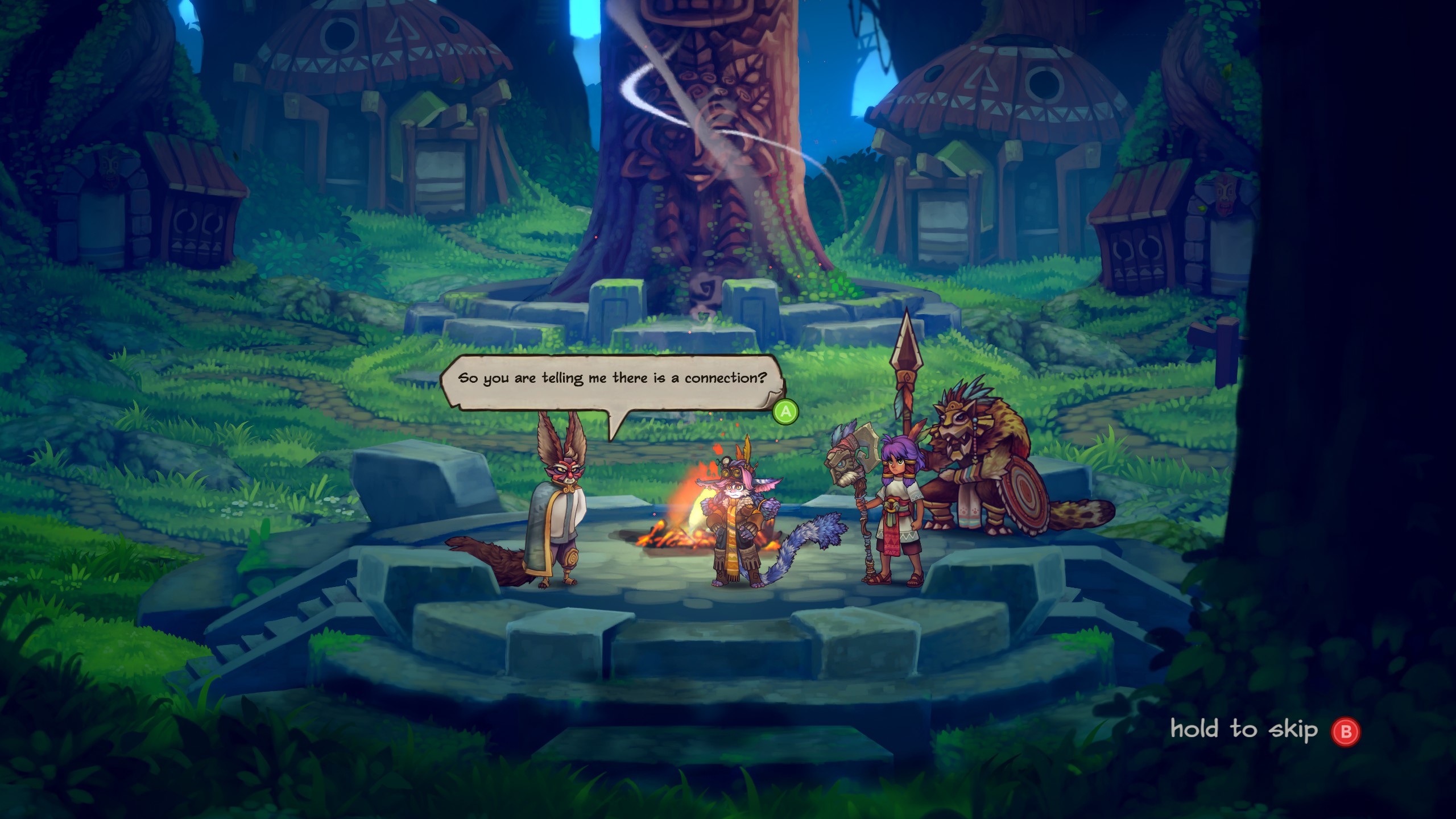 That’s where this game truly shines. Whether it be character designs, the foreground, background, or the particle effects, heck even the word bubbles are all beautiful. I mentioned earlier that there are Indigenous inspiration’s throughout the game; they’re all eye-catching and a breath of fresh artistic air. The vast world drips of painted landscapes from South and Central America. Itorah is one of those rare games that in my opinion, looks great even standing still. 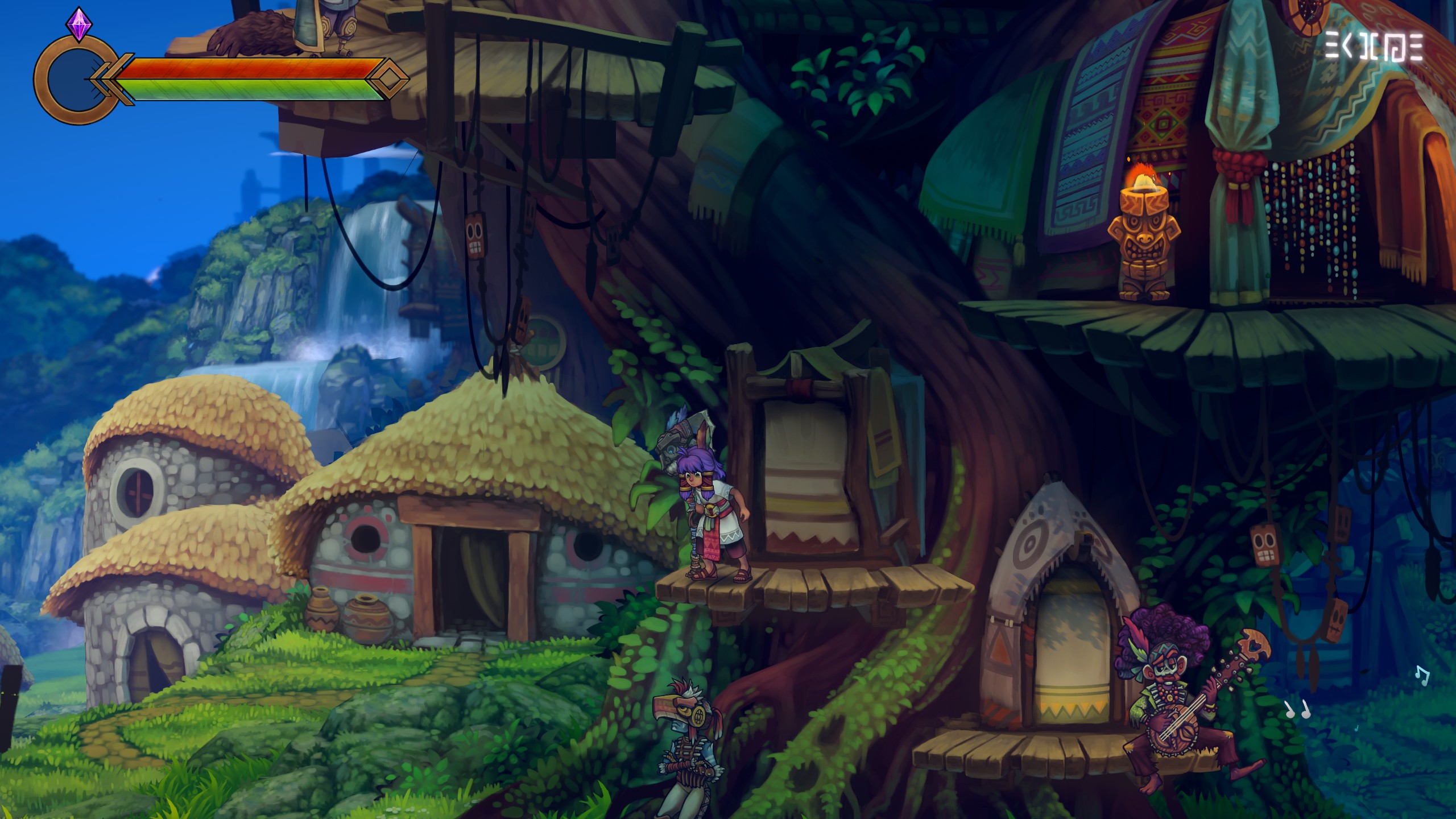 The sounds and music are also a great soundtrack through Nahucan. It’s calming at times, while also ramping up the tension and action when the game calls for it. I have tons of game soundtracks in my queue while I’m working, and this is an easy add.

Despite some gripes with the platforming and some simplistic action gameplay you’ve likely seen before, Itorah is well worth your time. Take a look at the video or photos above and you’ll see that the game is a moving painting, and one with an engrossing tale to unravel one dungeon and path at a time.