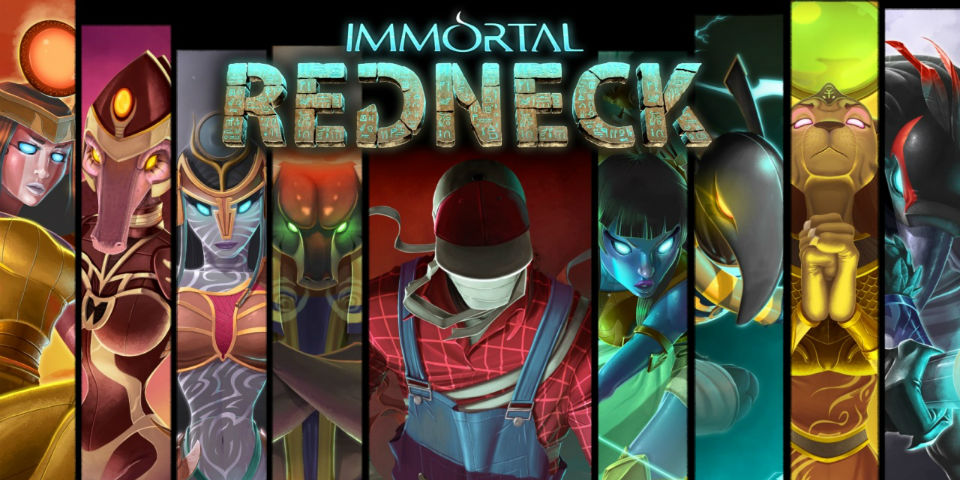 I consider myself to be pretty in-tune with the video game world and what goes on within including releases and new games. So when Immortal Redneck came up, a game I haven’t heard of, I got curious, especially with that name. So what is Immortal Redneck? Basically, it’s a rogue-like RPG that follows a redneck tourist from Kansas who wakes up in Ancient Egypt after an accident and finds he’s been mummified. In order to figure out why he’s here and how to get out, he must traverse three treacherous pyramids filled with monsters and bosses, but also weapons and loot!

When I got Immortal Redneck, judging by the name, I wasn’t really expecting much. This game is a perfect example of ‘don’t judge a book by its cover (or title)’. Immortal Redneck immediately grabbed a hold of me and wouldn’t let go. The swarms of monsters didn’t stop me, death after death didn’t stop me, the game is addicting. The game does something a lot of FPS shooters struggle with and that is, it made platforming easy and enjoyable. Most rooms will have multiple levels of floating platforms that require you to jump across while also dodging enemy attacks. The game handled this well and I had no issue whatsoever with this aspect. 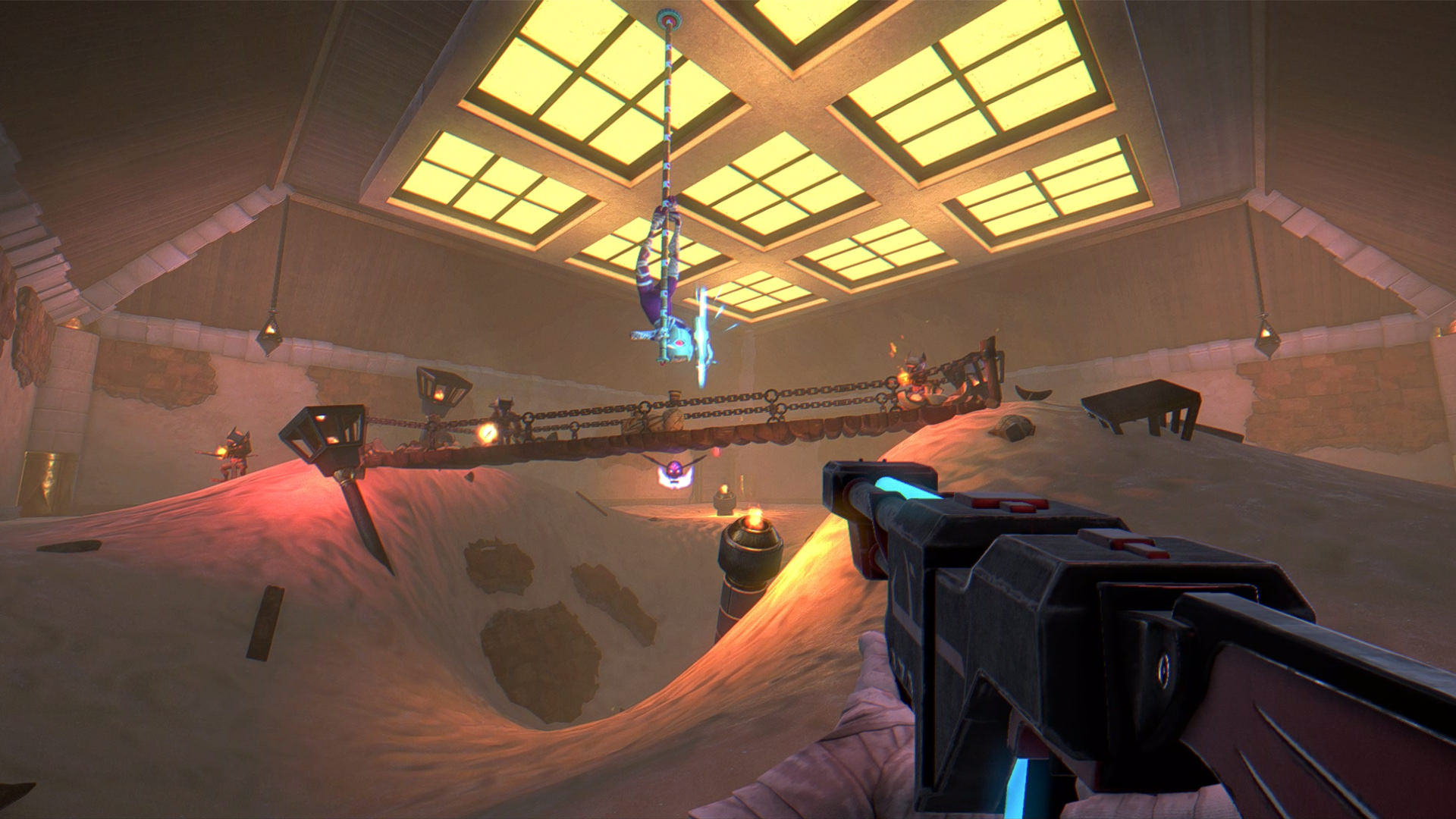 The game offers so much content for the small price tag of $20. Not only is the replayability basically endless, but there are nine different playable classes to try out and switch between as well as a sizable skill tree to fill out and over 50 weapons to collect. Enemies will randomly drop scrolls that might give you an advantage, a disadvantage, or just a fun time like shooting enemies randomly turn them into chickens. There are over a hundred scrolls to collect so you’ll be spending a good amount of time in the game until you see all of those. Lastly, each pyramid will have a variety of skill rooms that require you to complete them with an additional objective that, if completed, awards you with some sick loot.

I’m really a sucker for fun controls, and while the controls took a bit of getting used to in Immortal Redneck, they’re a lot of fun. The controls are pretty floaty but at the same time responsive. As the Redneck, you can jump pretty far and even double jump meaning you can go pretty fast but also look like you know what you’re doing. The button for run is the left trigger, which is a little unconventional but I liked it and prefer it over clicking the analog stick or holding down the bumper like in other games.

If you find childish, vulgar humor offensive or off-putting then this game is probably not for you. I find that sort of thing humorous so I had a blast with this game. Some of the stuff that comes out of the Redneck’s mouth while he’s slaying mummies and ghouls are hilarious (but don’t let the kids hear it). The commentary from the protagonist really adds to the game’s charm.

At the end of the day, Immortal Redneck more than makes up for the price with the amount of content received. You can spend hours upon hours in this game and still not get sick of it. The amount of different combinations of loadouts, scroll configurations, playable characters, etc. gives Immortal Redneck almost endless amounts of replayability. There’s no denying the game is difficult, but at the same time, it’s not the sort of difficulty that makes you frustrated. For what it is, Immortal Redneck is a near-perfect game in my books. 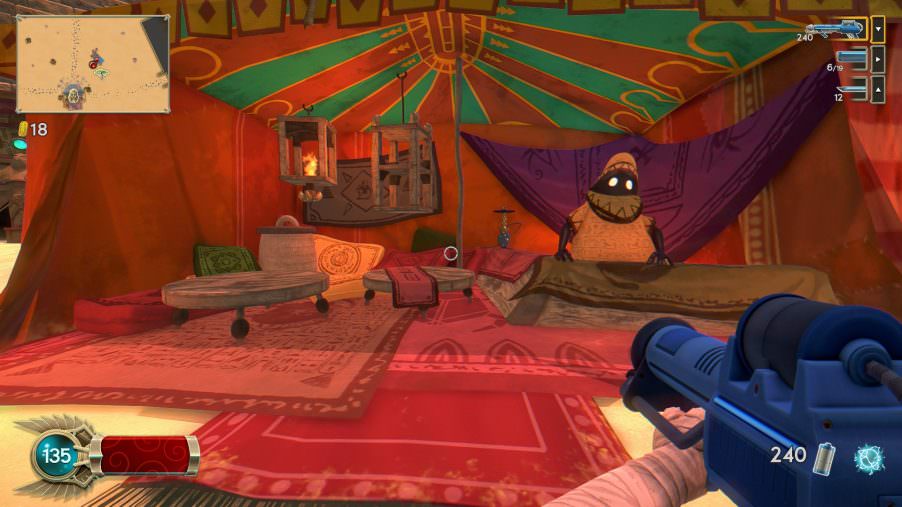