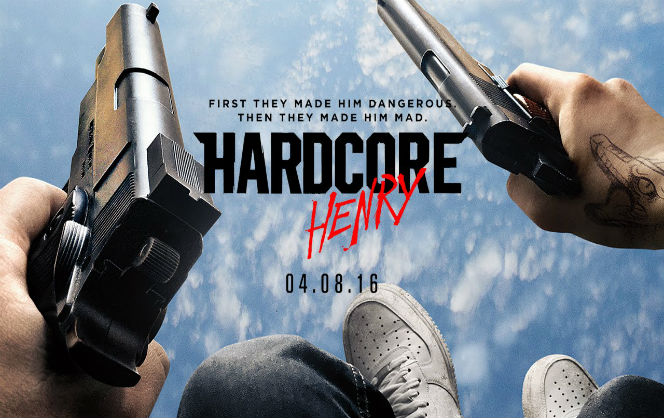 Honestly, video game movies suck 98% of the time. Am I right? Although there have been exceptions (Resident Evil, Silent Hill, Tomb Raider), most have been real flops (we all remember Doom). Don’t worry, I’m not going to talk about those, because possibly the best video game movie ever has just been released. Hardcore Henry is finally out and let me tell you, it’s glorious!

Hardcore Henry (or Hardcore) is an indie film directed by Ilya Naishuller, a member of the Russian indie-rock band ‘Biting Elbows’. Naishuller directed many of the band’s music videos which led him to writing and directing Hardcore Henry. The movie was filmed entirely in first person using the GoPro Hero 3 camera on a specially made head-rig. The concept came from two previous videos, ‘The Stampede’ and ‘Bad Motherfucker’, he filmed for his band (both videos being in first person). This was the best movie I’ve seen this year (yes, even better than Deadpool). The movie was an extremely fun hour and forty minutes that nailed almost everything they attempted right on the head. Being entirely in first person is definitely a cause for alarm but in my opinion, it worked very well. There were some noticeable cuts, but nothing too bad and it wasn’t too nauseating either (still don’t recommend eating a big meal before viewing). The biggest surprise this movie hit me with was the gore. If you’re sensitive to this sort of thing then this movie is not for you. For the most part the effects were done well, although there were some iffy parts I’ll talk about later. This film’s carnage definitely puts Quentin Tarantino’s movies to shame.

Hardcore Henry definitely has a unique cast. Mostly made up of Russian actors and stuntmen, with names few will recognize. The two names most will recognize are Tim Roth and Sharlto Copley, the latter absolutely stealing the entire show. Playing the multifaceted ‘Jimmy’, Copley is a criminally underrated actor who deserves a lot of the praise for this movie’s success.

Naishuller integrated well known video game ‘tropes’ such as tutorials, timed levels, boss battles, and even horse taming (not kidding). These fit well in the film and weren’t forced upon the audience, and quickly became one of the best things about the movie. The movie’s structure was very reminiscent of video games as well. On to the not-so-amazing parts of the movie. As I said the effects were, for the most part, great there were some very ‘digital’ blood splatters that stuck out like a sore thumb. There were some really obvious cuts, and poorly shot scenes (i.e. hard to tell what was going on, poor depth of field, etc.).

Some of the acting was atrocious. With a lot of the actors it seemed there was either too much emotion, or no emotion at all with no middle ground. Danila Kozlovsky who played Akan, the main villain, didn’t necessarily do a bad job, he just came off as an overall generic OP boss villain.

The story wasn’t anything special. Very loose and even almost non-existent at times. But I feel a movie like this doesn’t exactly need a concrete story. Still would have been nice to have a bit more to it. There’s also no character development to be found. We don’t really get to understand or find out more about Henry than the brief exposition at the start of the film. Jimmy has some development and that’s it. It’s hard to care about characters that we know almost nothing about.

That being said, I loved the movie. It’s definitely a personal contender for favorite movie of all time, and I honestly can’t wait to see it again (and again). The first person worked great, Sharlto Copley stole the show, and to top it all off there is a dance number!  It’s definitely a must-see if you enjoy movies that are 99% action with comedy, romance, and drama all thrown into the mix. 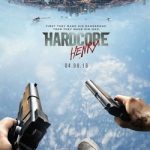