As I progressed through Guacamelee! 2, the follow up to DrinkBox Studio’s cheeky Metroidvania series, memories of playing the first game flooded to me. The first game had me laughing continually at the humor and brought a welcome challenge, mixing in platforming and combat. The sequel does that, and more, doubling down on everything that made the first good and made those things even better. By the end of the game, I was left grinning by how upbeat the humour was and how much I loved every minute it.

Did a double take at the sign! #Guacamelee2 #PlayStation #Toronto #PS4share pic.twitter.com/IrNftG9W5Z

Humor plays a huge part and it helps that the writing is clever at every turn, throughout the 11 explorable areas you’ll often find either someone who gives you a good laugh, or memes that often leave you smiling. With so many referential instances spread out across the game, finding pop culture references or nods to other video games is like a welcome Easter egg hunt, and I’d spend time searching out for them.

Taking place several years after the first title, our favorite Luchador, Juan Aguacate, is now a family man. Juan relives his glory as the legendary hero in his head, until one day, he is called back into the fight against a new enemy named Salvador. Mexico once again needs Juan to help save the Mexiverse, and with some new moves and lots more chickens, this sequel is one for the books. The opening mission sees Juan face off the antagonist of the first game, Calaca, only this time you use the fight as a tutorial. 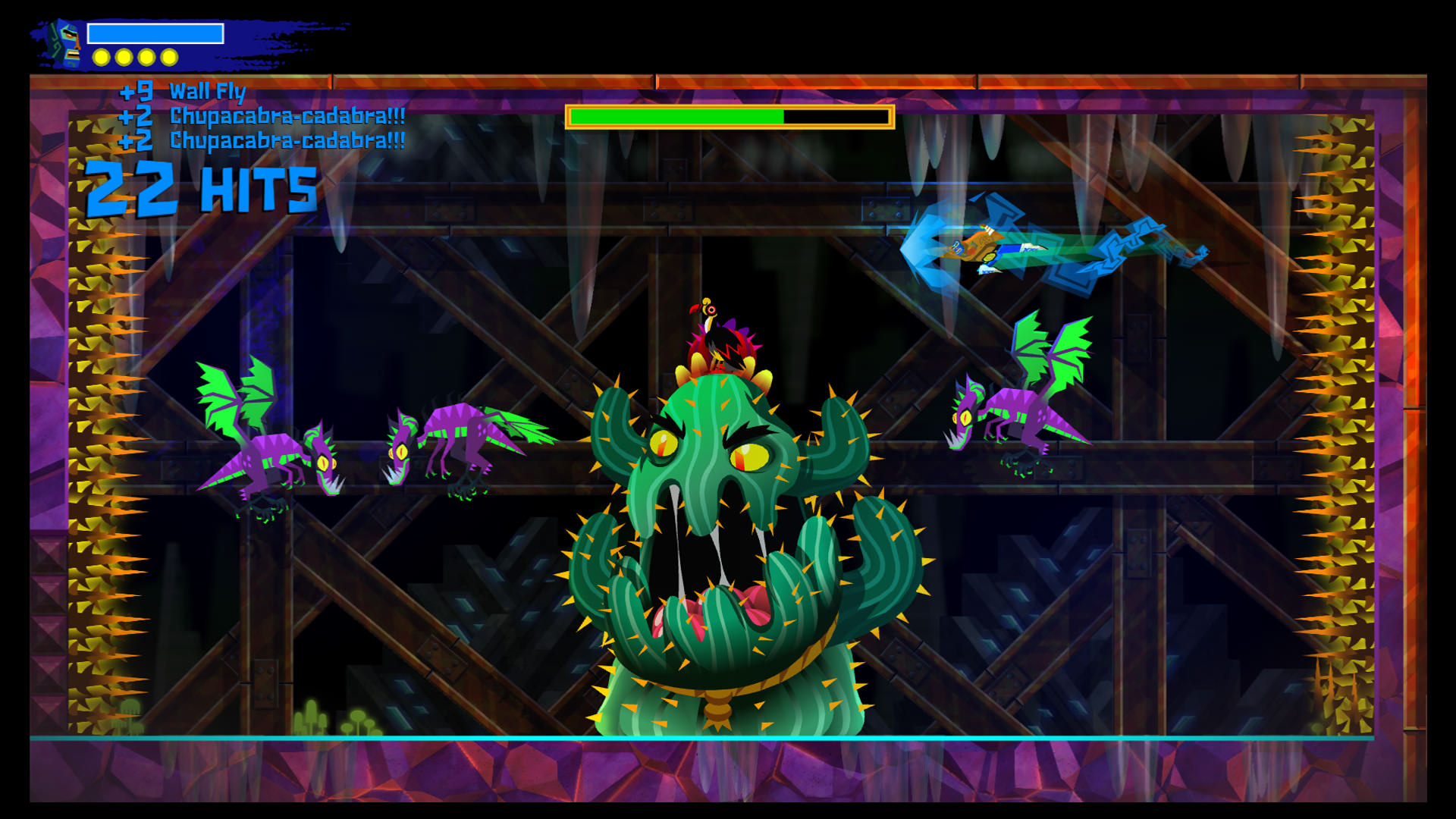 Guacamelee! 2 is a fast-paced game that requires your attention. In the 13 hours I spent with the game, things moved along briskly with DrinkBox granting new powers at the perfect moment. See, Juan has a few new moves, including the Eagle Hook which allows Juan to tether to hooks that push him higher. Many moves from the original return, too and offer some meaty upgrades allowing for powerful combos to be utilized. Wall running, and dashing make for fun platforming scenarios too and with five different skill trees to master. 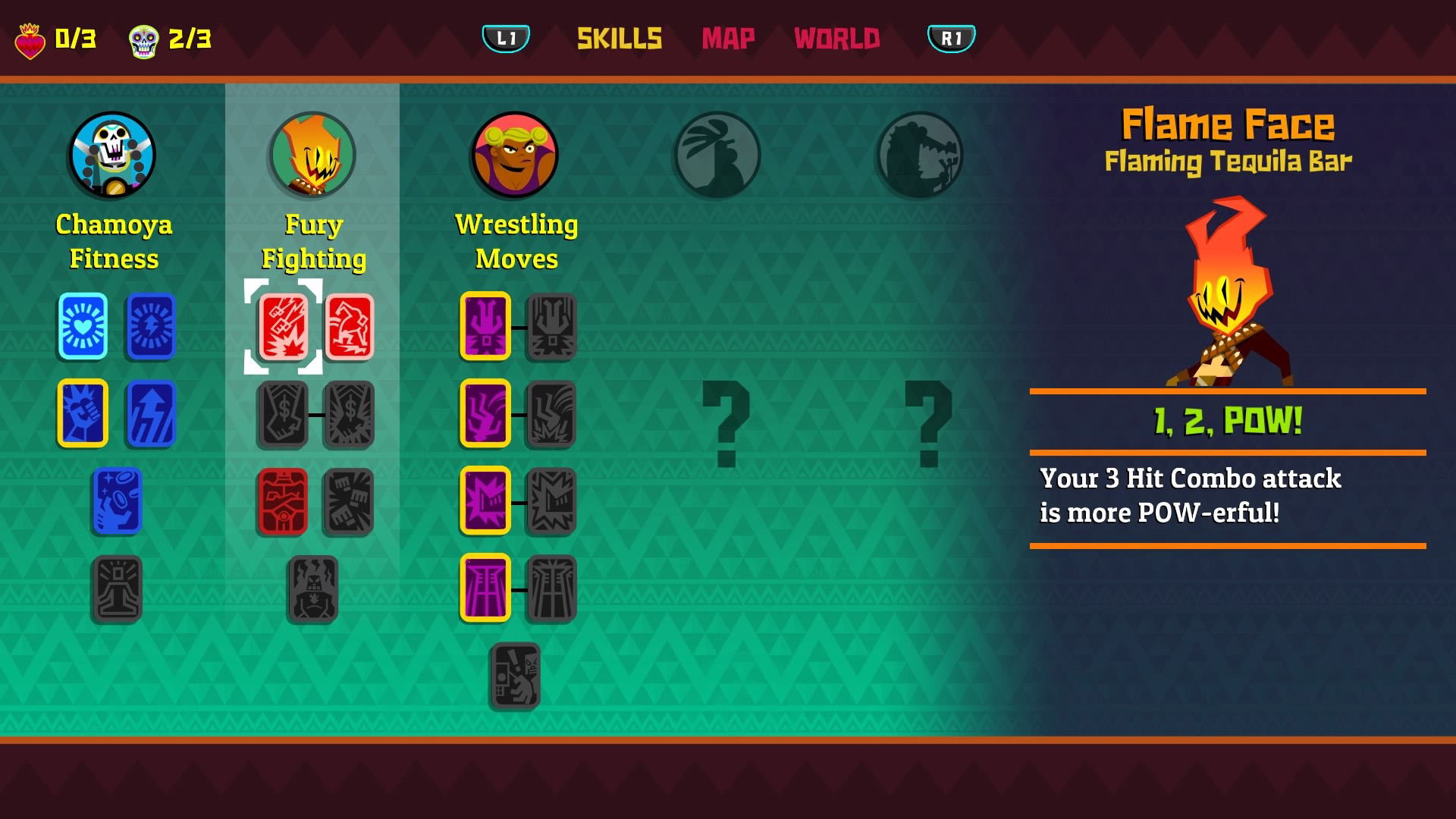 Combat in Guacamelee! 2 is a respite after recently playing Dead Cells, Hollow Knight – it is so satisfying playing as a luchador, frog splashing and headbutting enemies doesn’t get old and building combos while managing what color an enemies shield is and what move could break through their shield. There’s enough variety to prevent any stale component to the gameplay, which at times get ridiculously frantic with multiple enemies ganging up on you. Thankfully, there are not only fun combos but Juan’s Pollo form to break crowd control, everything is accessible and rewarding. Things eventually get tougher near the endgame. 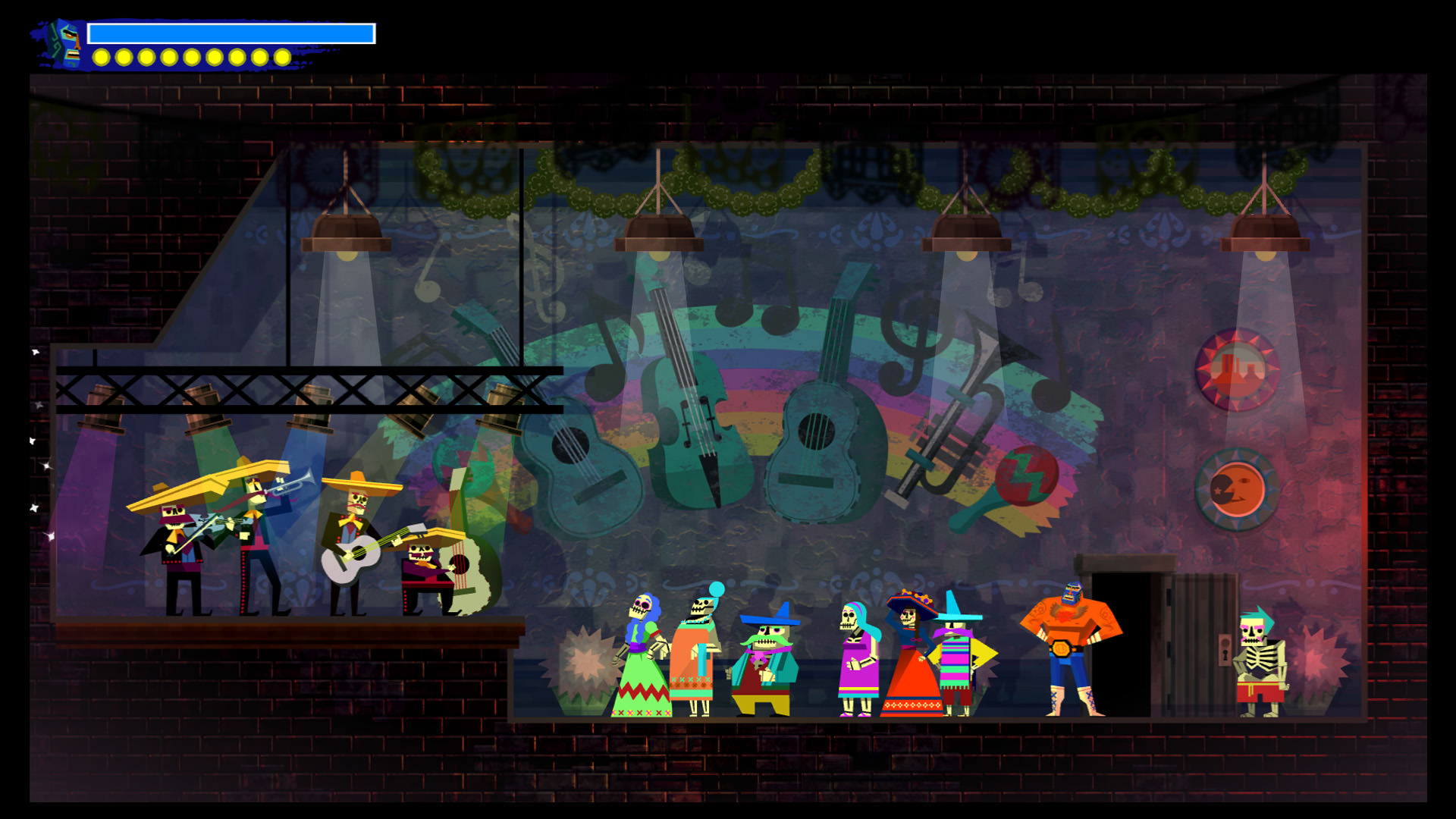 Speaking of chickens, Juan’s Pollo form not only returns but is expanded on in the best way. By creating a skill tree dedicated to that form, as well as peppering the world with chickens who often hide secrets for you to follow, but this comes with a warning to those who follow – prepare for some of the toughest platforming sections in the game which lead to something (although I’m still not sure what it is because I’m still working on it) special.

Platforming plays a huge part of traversal throughout the levels, some are simple with minor wall jumps, but as you access more of Juan’s moves and powers, those get added into the mix and you’ll be working through a stage while using many of the power-ups in smart ways. Some rooms would have red instant death spikers or spiked instant death balls, with the right timing you’d have to perform a series of combat moves to get past the puzzle, other times you’d have to perform moves like a wall run, to an uppercut to a dash, to another uppercut while switching realms, before touching a wall. Speaking to a few colleagues about the game, we discussed how the controls were not as responsive when trying to chain combos during platforming instances, they thought that controls felt cumbersome. With some patience and understand what moves work in a sequence, things come together once the order clicks in. 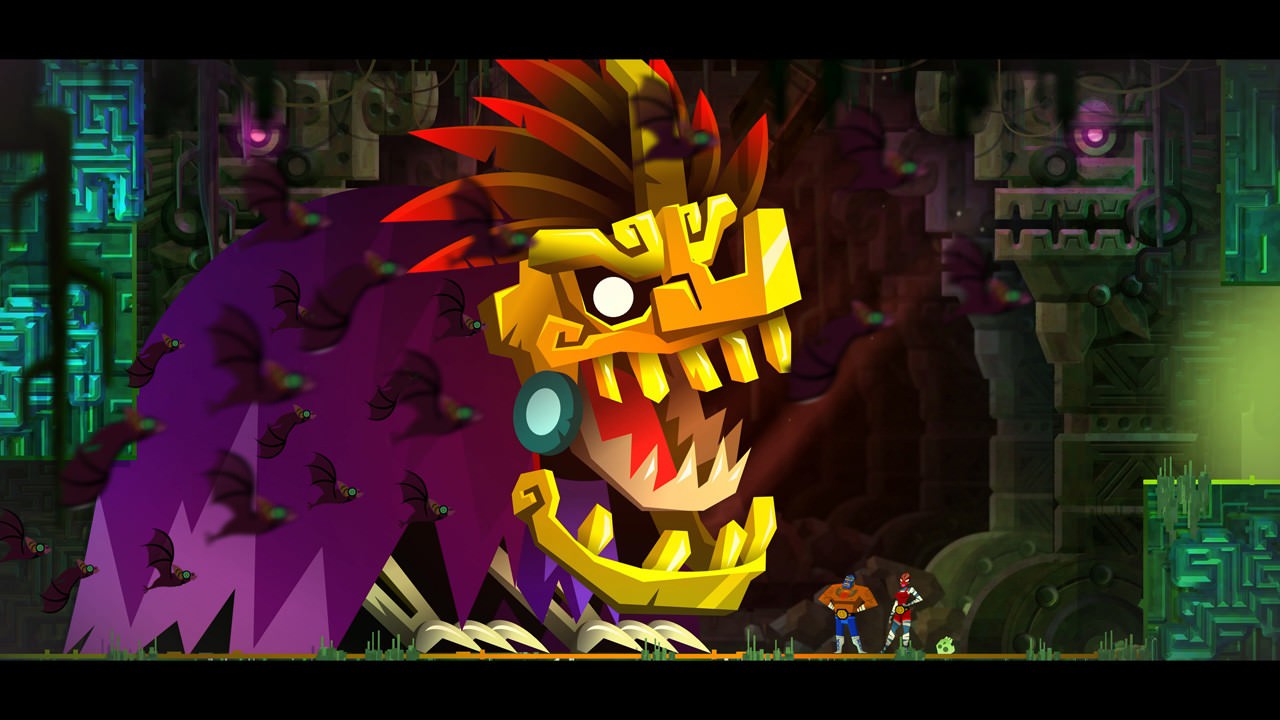 Guacamelee! 2 is a satisfying, funny, and challenging follow up to the original. Granted, it is more of the same, it improves many aspects and expands upon its established systems in spectacular ways, and provides some tough platforming challenges, with great combat mixed in. I was left frustrated by some of the game’s complex platforming sections and there’s nothing detracting from the core game you’ll miss out on. I feel the series has been improved upon in every sense, with logical choices of expanding on existing gameplay mechanics a wise choice. 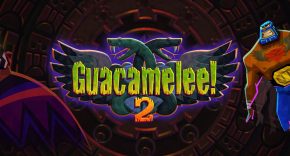 Shenmue III Will Be Released In August 2019