Review: Grow: Song of the Evertree

The fall and holiday season is a busy time in games. Despite all the delays we’ve seen over the last two years (and we’ll likely see more), there are always so many great games to play. Grow: Song of the Evertree could easily get lost in the mix of huge releases like Halo, but I’m here to tell you that if you’re in the mood for a chill, beautiful. and charming game, look no further.

A Wonderful World To Rebuild

I’ve come to appreciate games that forge their own path, something indie developers seem to do more and more often. Smaller teams are forced to come up with big ideas not only because they want to stand out from the crowd, but because they are amazingly creative and imaginative. Grow: Song of the Evertree encapsulates both of those things, allowing you to get lost in the world that Prideful Sloth created. 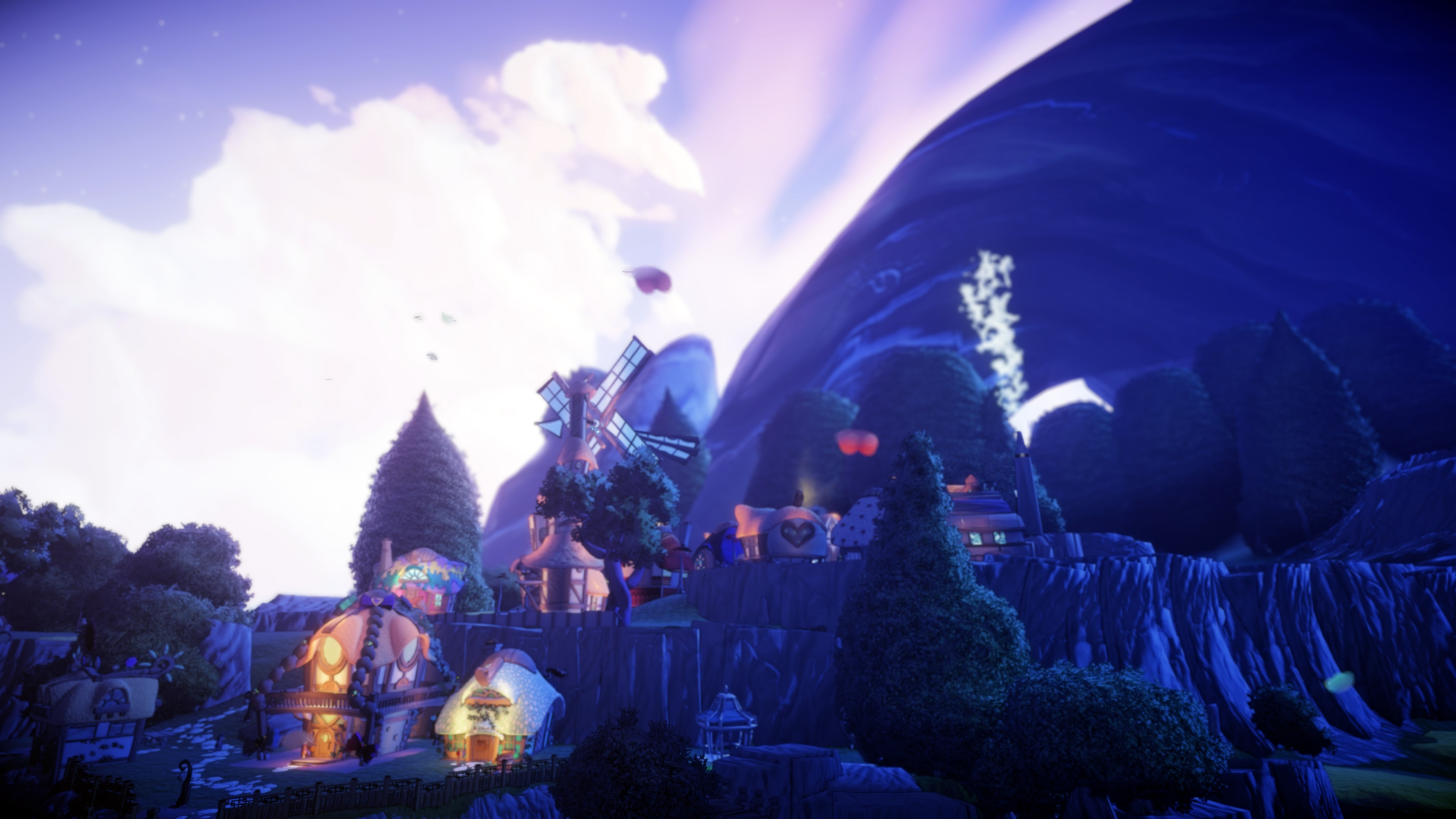 That world is a giant life-giving tree. Long story short, the tree that your ancestors lived in and around has been taken over by a dark force represented by dark vines and thorns. You’re the last of your kind who stayed behind to rebuild what was lost. With a couple of charming friends and a tutorial-like beginning, I quickly became invested in making this tree whole once again for my alchemist friends and family.

Lots To See And Do At Every Turn

Grow: Song of the Evertree starts simply enough, as it guides you to a section of the tree where weeds need to be pulled, grass needs to be cut, rocks need crushing, and new plants need to be planted. All of this is in the aforementioned tutorial-like start. But it’s just that, only a start. After a couple of hours, you’ll find yourself not only flying to other locations on the map with your trusty griffin-looking friend but also building a village. 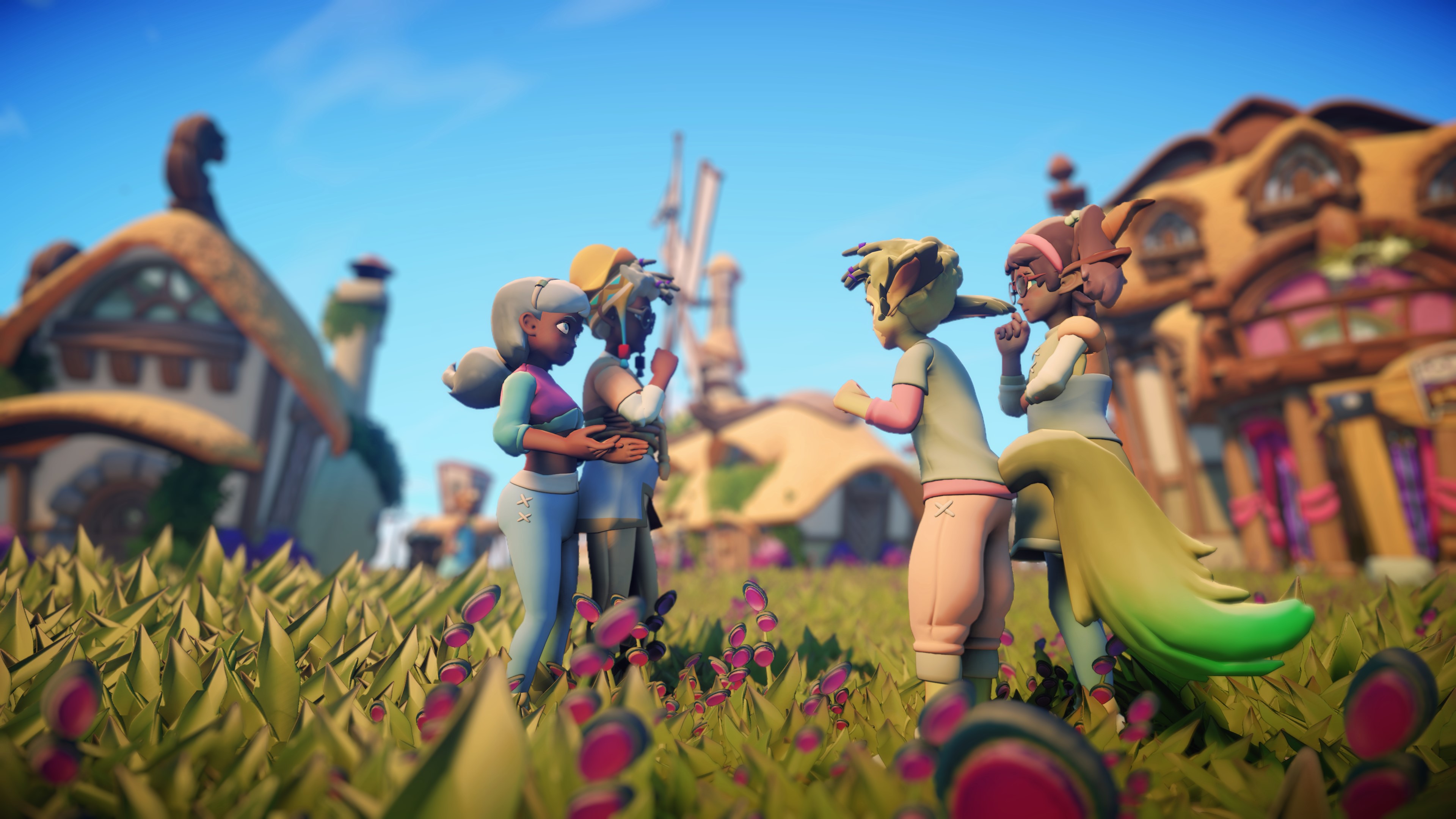 As you rebuild, you’re quickly welcoming new villagers who not only need a place to live but to work. They each have their own personalities, likes and dislikes, and skill specialties. I had a great time getting to know my new friends and became invested in making sure I built not only what I needed, but what they needed too.

While I did enjoy the variety in the gameplay, I did feel overwhelmed pretty quickly. I haven’t completed the game, but over 20 hours in and I’ve been running errands, building homes and shops, and planting new life every day. Prideful Sloth has added a lot of things to do, but at times I felt like there was too much to do and smaller tasks, though still important, felt less and less enjoyable. While there is no immediate threat for taking your time, there is a day-night cycle to be aware of. What really had me coming back for more, was the charming characters and beautiful landscapes. 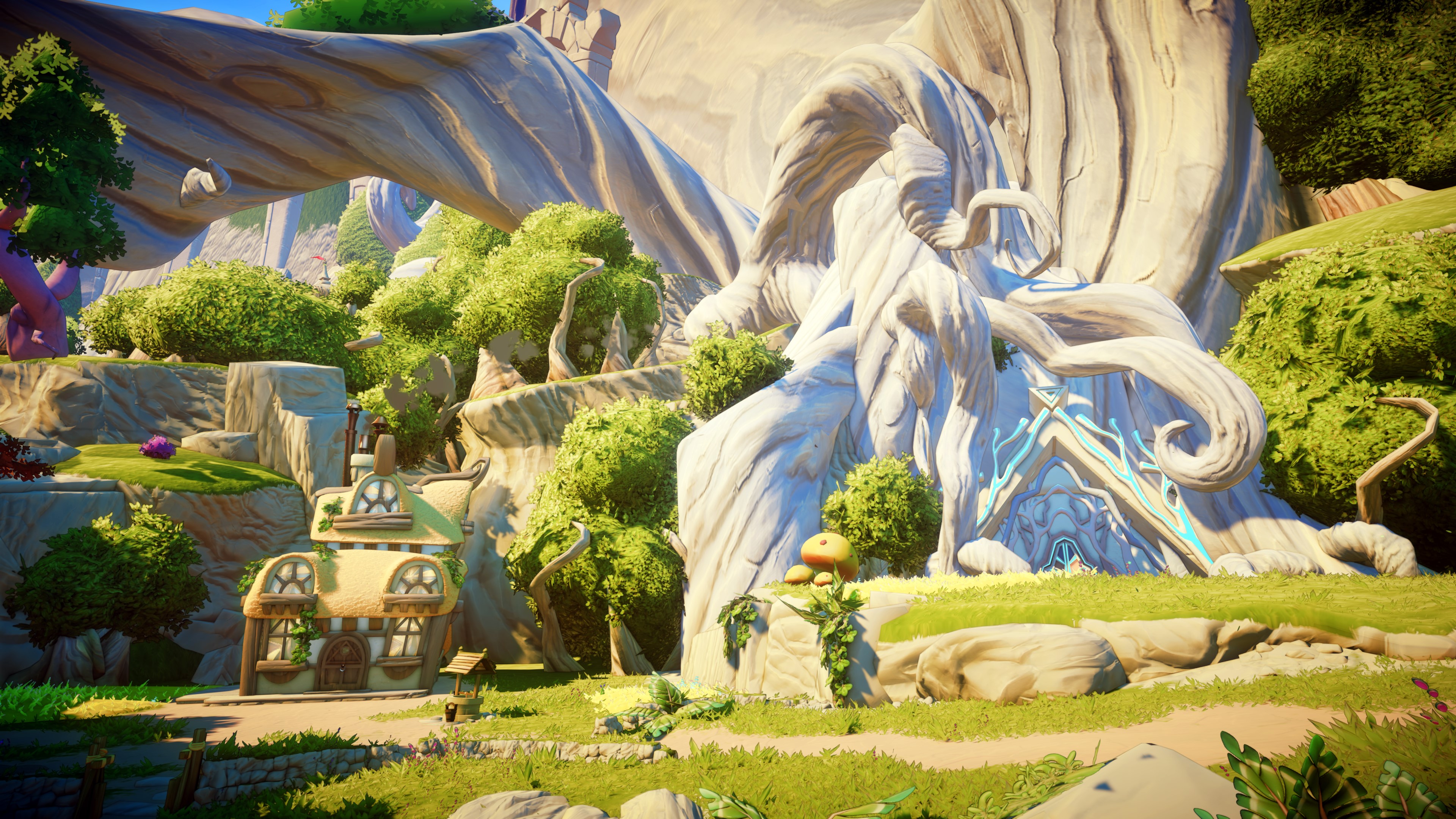 A quick look at Grow: Song of the Evertree and you can see the storybook inspirations. Every new area I discovered, every cute bug and creature I either caught or befriended felt like it was ripped straight out of a childhood fantasy. They were taken right from the pages of a book and brought to life. The animation style is welcoming while the writing for each and every character is unique. On top of that, the music surrounds you and often acts as a calming presence in a game that can feel like it never wants to let you go.

Customization is a big part of Grow: Song of the Evertree as well. You can change the look not only of your own character, but every single roof, wall, and sign of a building, while also laying out your own little park or garden for villagers to enjoy. You’re constantly finding new things to use and it’s very rewarding.

The game launched and ran perfectly on my PC. The game is available across nearly all platforms, but I used my Xbox controller with ease. Simple controls like Y to jump, A to interact, and the LB and RB buttons to toggle through your tools and inventory made it easy to keep the work going and tending to the tasks at hand. 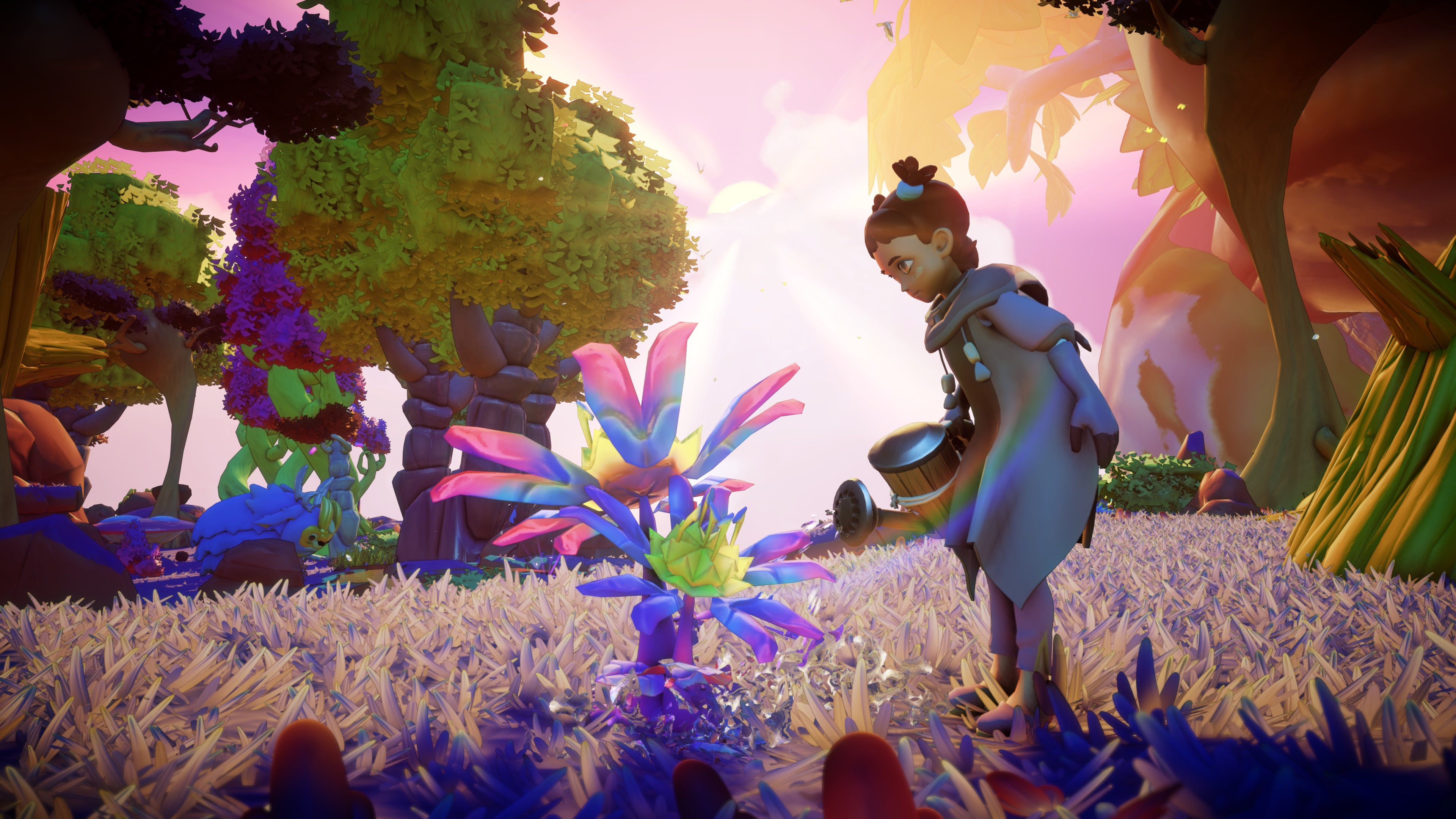 Just the art direction alone has me easily recommend this to anyone with kids. If you don’t have a Nintendo Switch (or even if you do, this game is on that console as well), I highly recommend giving your kids a chance to play this game. It’s innocent, eye-popping, and with simple enough gameplay mechanics that it should only take a short playthrough or two to get them going. Plus, the day-night cycle I mentioned… not a bad way to manage their playtime. 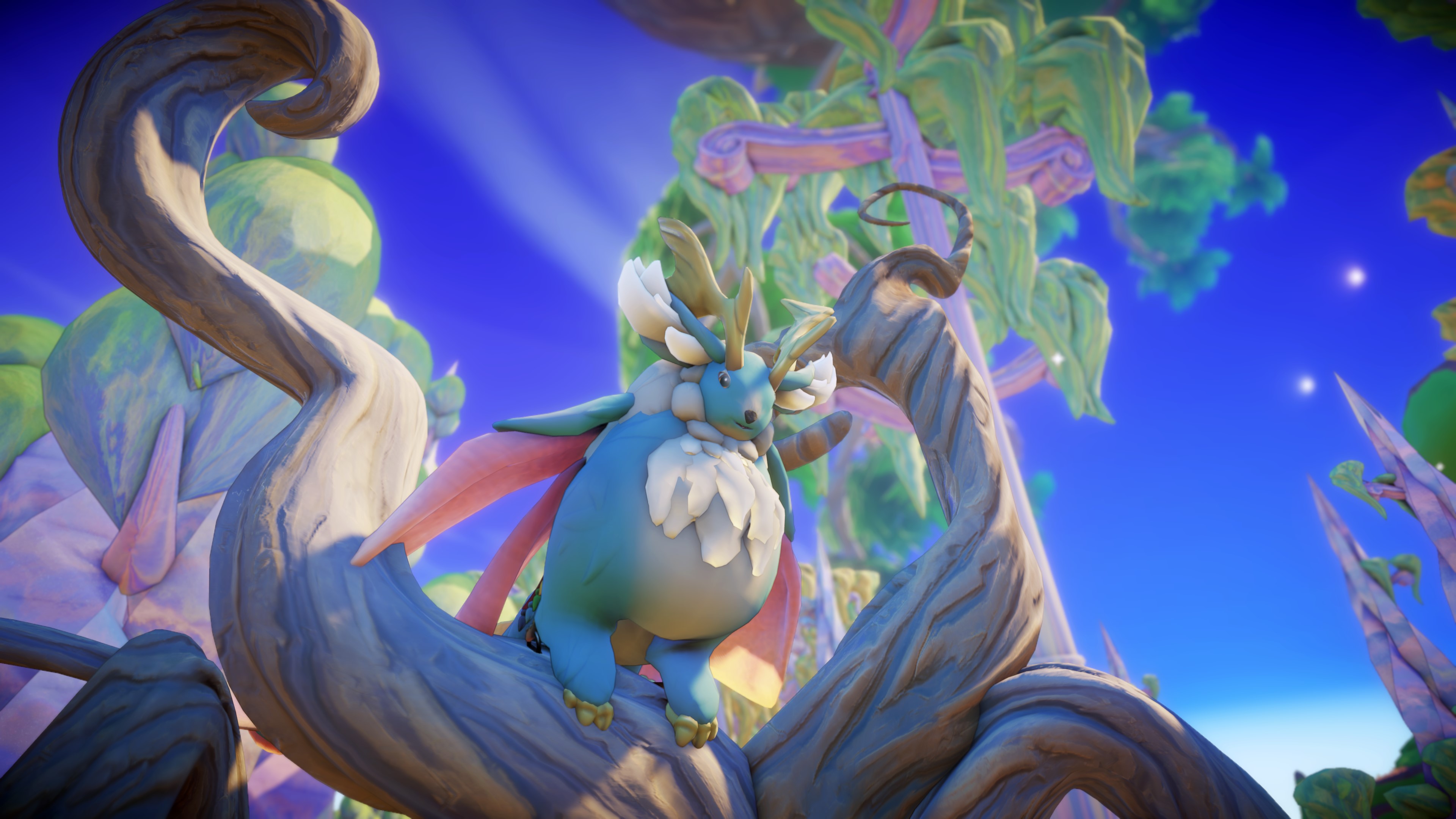 It’s hard not to recommend a game I felt completely charmed by. Grow: Song of the Evertree gives you so many opportunities to make this world your own, while also guiding you to a deep story will care about. I remain overwhelmed by the growing task list in the game, but it’s also a breath of fresh air not to have a horde of enemies or impending doom to manage every 20 minutes.

If you and even your kids have any interest in an Animal Crossing-like world with greater stakes, more to do, and in my opinion more rewarding, this game should shoot to the top of your list.