Sony’s continued push of stunning first-party titles continues with Gran Turismo 7. Polyphony Digital has been creating realistic driving simulators for decades and while the evolution of the genre has only gotten better, the experience comes full circle thanks to the tech powering the PlayStation 5.  In 1997, Gran Turismo was the king of simulators and while the competition has flourished over the last decade, the series is still the king in my books.

Gran Turismo Sport for all it did well, felt like it wasn’t a complete experience. This could be seen in the lack of cars; the tracklist being sparsely populated and the fact the game was built with competitions in mind over home consumption. For everything it did right, it did it for the wrong group of enthusiasts which made its longevity far shorter than other games doing the same thing. Even with subsequent patches, the game’s popularity had waned (I hung up my driving wheel in 2018).

This year marks a special milestone for the series as we head into its 25th year as a franchise. I played and reviewed Gran Turismo Sport in 2017 and found it to be a commendable, if not streamlined experience. This month’s Gran Turismo 7 is a stunning return to form that feels like a homecoming for the series.

This means whether you like it or not licences make a return after being sent away in GT Sport. Through your world racing travels you’ll need to obtain a number of licenses. So naturally, that’s where the License Center comes. Think of it as an accelerated driver’s education class and the way to unlock better cars. You’ll learn real-life driving skills that will get you from last to first and earn licenses along the way. 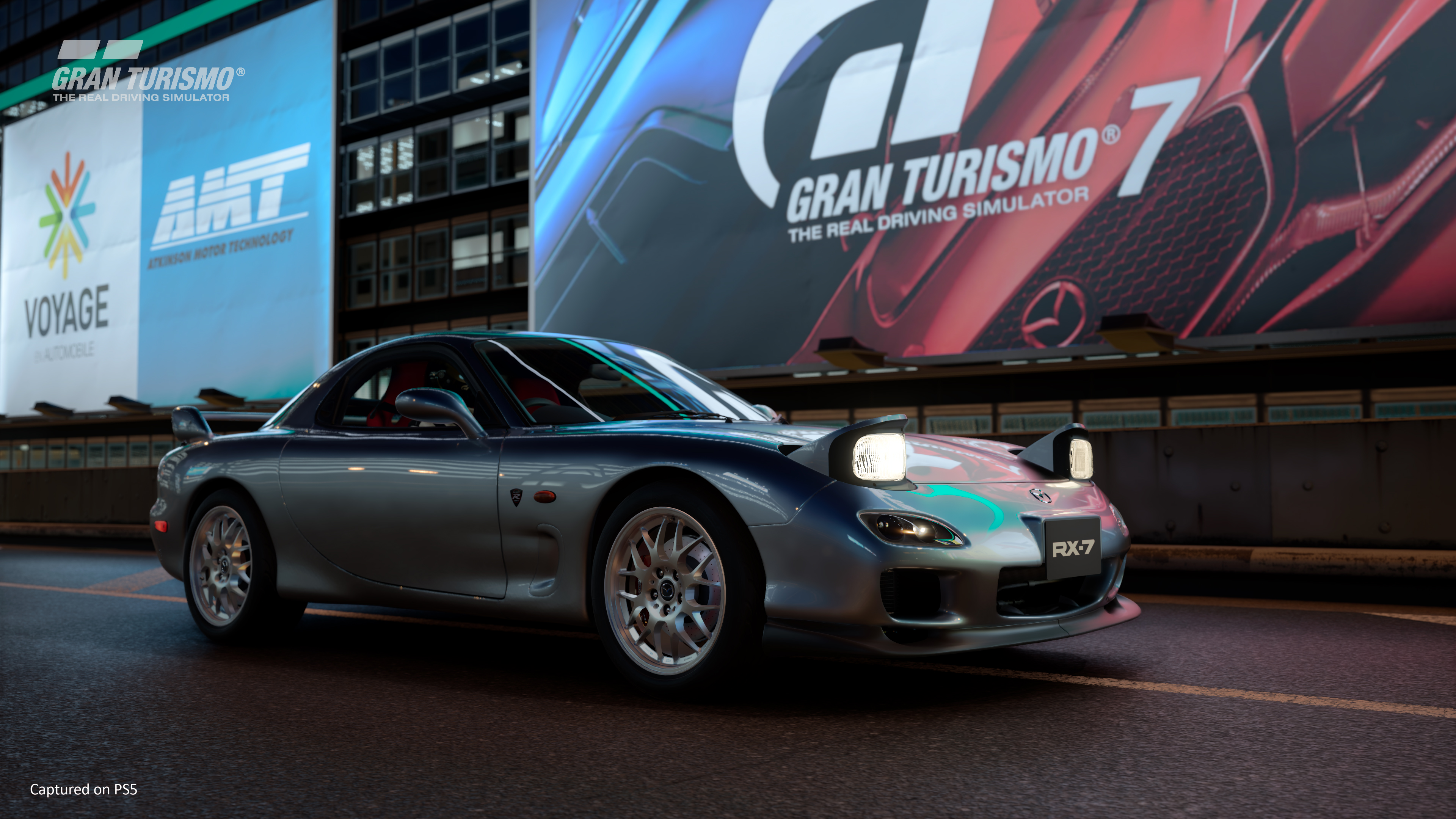 Gran Turismo 7 brings what players want to a new level and they do it in spades. Everything that I found the previous game lacked from cars to tracks to customizable parts has been addressed. The game boasts over 400 cars, 34 real locations, 97 layouts, over 650 aerodynamic parts, 130 styles of wheels, 1200 real paint colours, and so much more to keep you entertained. The level of customization is overwhelming but for those who know what they’re doing — it’s like walking into a candy shop and having it all to yourself. 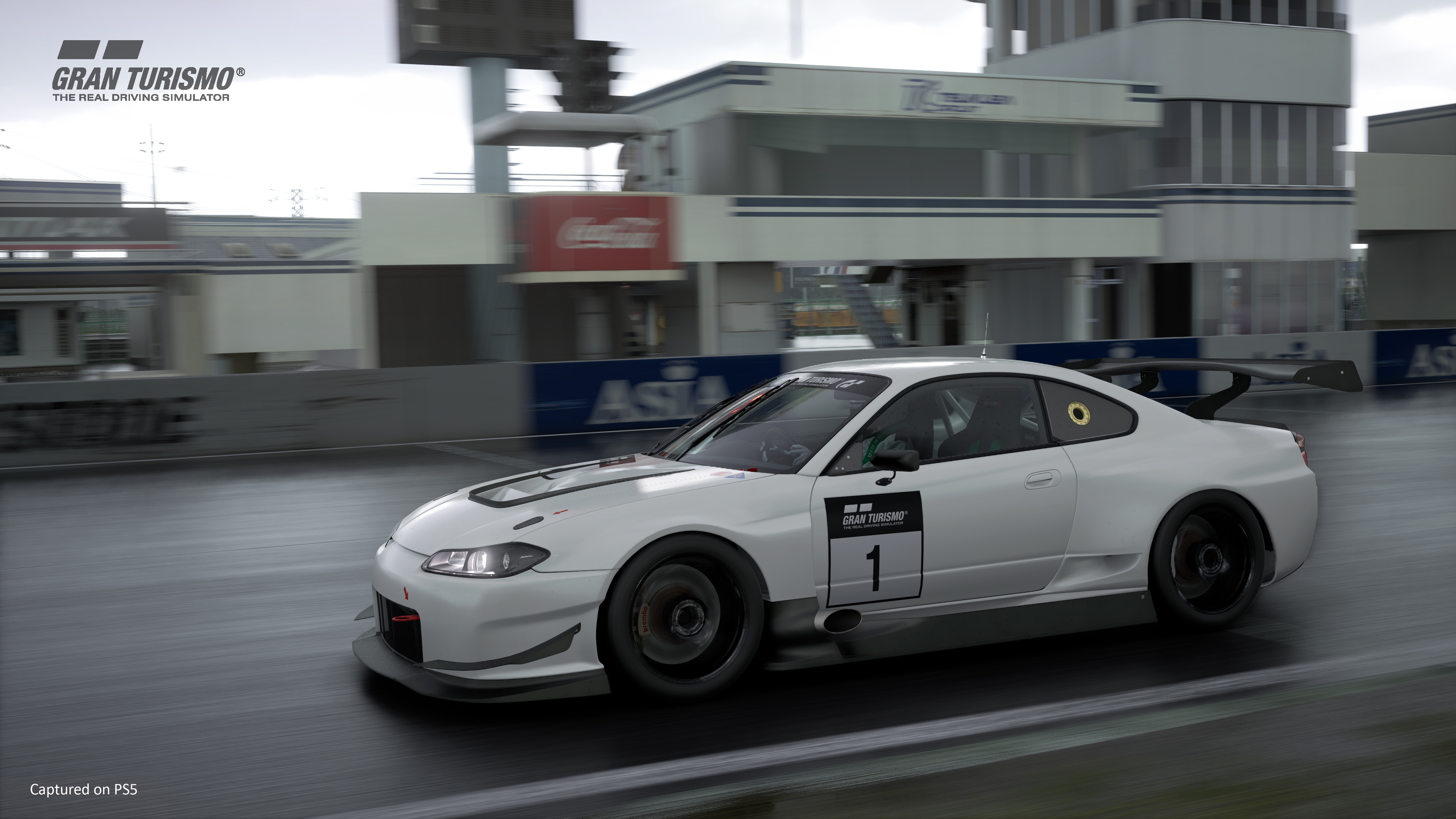 The Livery Editor is where I gravitate towards in any game that’ll allow me to tinker with the exterior of my car. Polyphony Symphony mentioned this feature was improved in such a way that more items can be added than ever before and in places previously not possible. Players can import anything they’ve created in GT Sport over and the level of freedom is a gratifying feature that allows the creativity of anyone interested to flourish across the hood, the side, and the windows of their car. Exploring the prismatic colour options is like a maze you get lost in — the shades of every colour imaginable look incredible. Watching your car careen down the Deep Forest Trackway,

A celebration of the automobile

I wanted to approach this review as someone who isn’t a high-level player, someone who prefers the more arcade-ish style of Forza Horizon 5, Need for Speed and Hot Wheels Unleashed. I simply do not have the patience to play these games as I would like — I want to go fast, as fast as I can when in a digital McLaren. On the one side, I respect the patience, the dedication games like Forza Motorsport and Gran Turismo ask of players, which is something I wanted to take into consideration when installing Gran Turismo 7. I’m familiar with a lot of the elements because I have spent time with these types of games and what they mean to a lot of people.

So as someone who will generally try to do right by my readers, I wanted to spend the time and practice the patience I knew I would need to play a high-level simulator. This wasn’t Driveclub (that’s a story for another day) but getting into the virtual driver’s seat and earning my way through tracks, licenses, and patience has been fulfilling — I appreciate the series a lot more after learning that going extremely fast all the time isn’t the best choice. 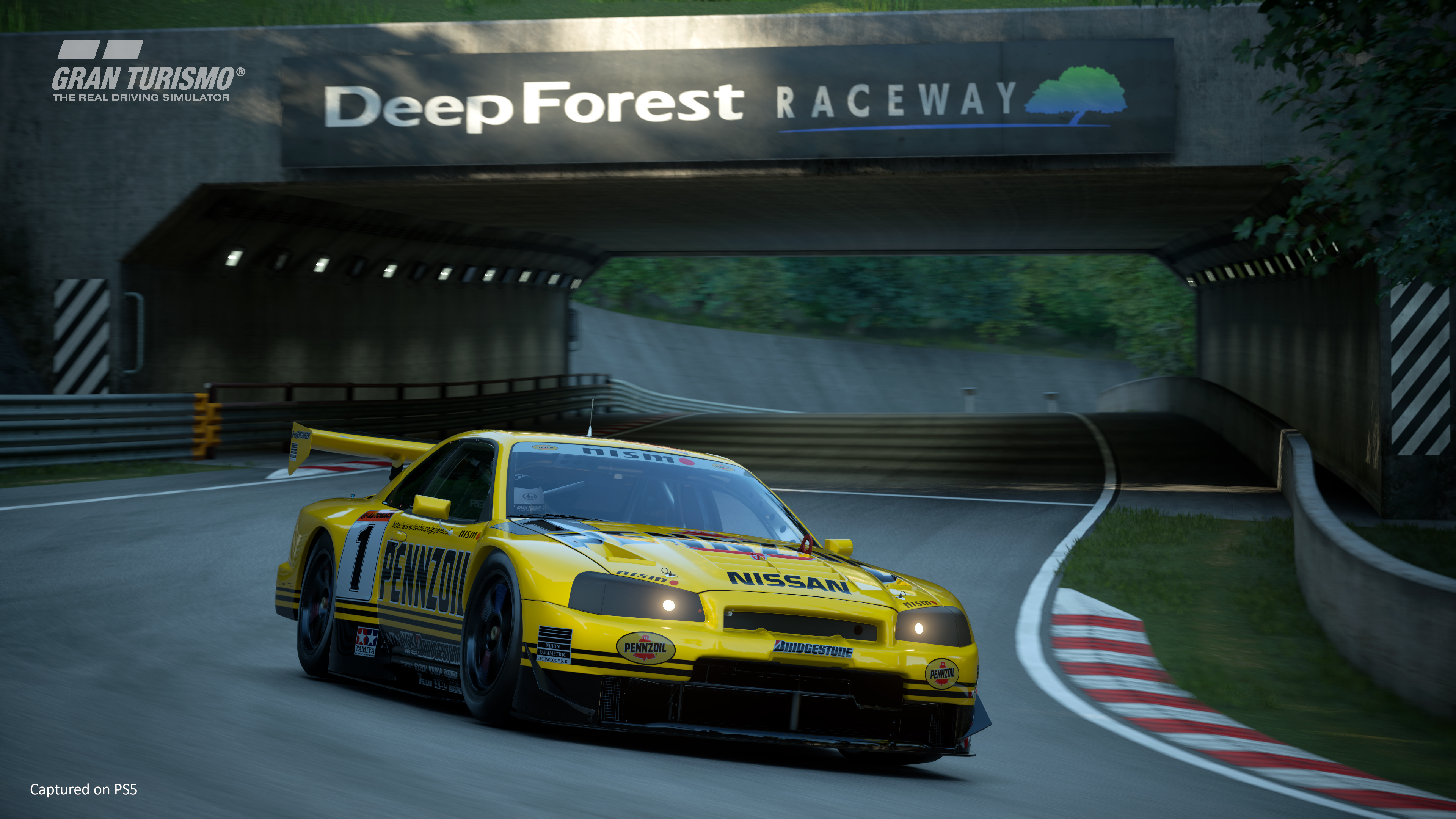 And honestly, I think I appreciate the level of skill it takes to play a game like Gran Turismo 7. With that in mind, there’s so much to do and quite honestly, I’ve only scratched the surface of what is being offered. This is a single-player sandbox game, one that I feel will depend on how players are willing to go to get the most mileage out of the experience. I’ve only begun diving into the large swath of vehicles available but it continues to impress me how stunning each model is and how customizable the vehicles are.

A return to traditional Gran Turismo

What I’ve been doing the majority of my playthrough is GT Café, a new mode exclusive to Gran Turismo 7. In this mode, you will unlock Menu Books — lists of activities to complete in order to unlock new cars and all kinds of other collectibles. With over 30 Menu Books to complete, these items will help you gain a better understanding of the car industry and the history behind many of the unique and iconic cars featured in-game. It’s a brilliant way to ease players into the game and also by offering them new tracks and Roulette Tickets — which can be exchanged for new cars. 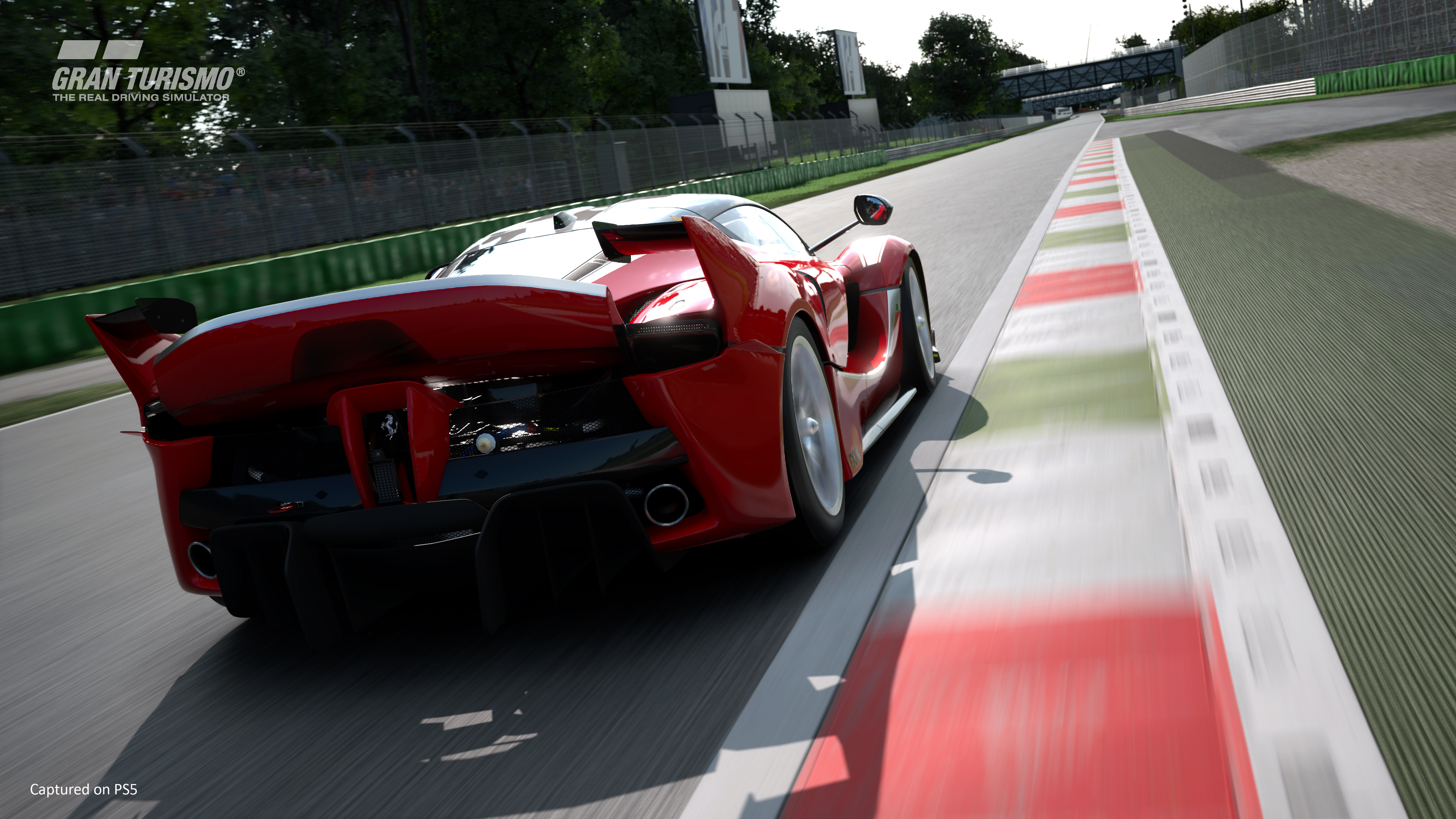 Newcomers will get a kick out of GT Café, a new model that is both rewarding and satisfying to play. I’ve been working away at completing several Menu Books. For anyone who enjoys car culture or is perhaps curious to see why the world at large enjoys being around cars so much, this is where I recommend investing your time in when Gran Turismo 7 launches. It is respectful and hearing stories from the original engineers and developers of providing first-hand accounts on any given car is endearing to watch.

Completing these will immerse new players in many of the game’s mechanics and while long-time players may already understand these mechanics, the refresher is a good way to brush up on how everything works. Quite honestly, even as a casual player, the Café is a good solution to finding purpose within the game for those who would otherwise feel lost with what to do next.

Music Rally is possibly my favourite addition to the series. My first foray into the new modes not only introduced me to the 1956 Porsche Carrera GT but also Hooked on Classic by the London Philharmonic Orchestra, a match made in heaven. Unfortunately, there are only six tracks at launch with more planned in the future. I wanted more once I completed the initial six because of how easy it is to get behind the wheel and enjoy the music while driving some classic cars on the track.

I’m Happy to Sit in a Café

DualSense implementation is another first-party sensation, how crowds cheer for you when a good lap time is met or when you gain additional time in Music Rally. More importantly, vehicle feedback is a testament to how Sony’s controller is the standard regarding the tech behind the device. The way the haptic feedback slinks between the left and right side of the DualSense while turning a corner, tapping the breaks, even going off the track. Everything about the controller implementation is sublime and the motion controls should be given a try if you’re up for it. 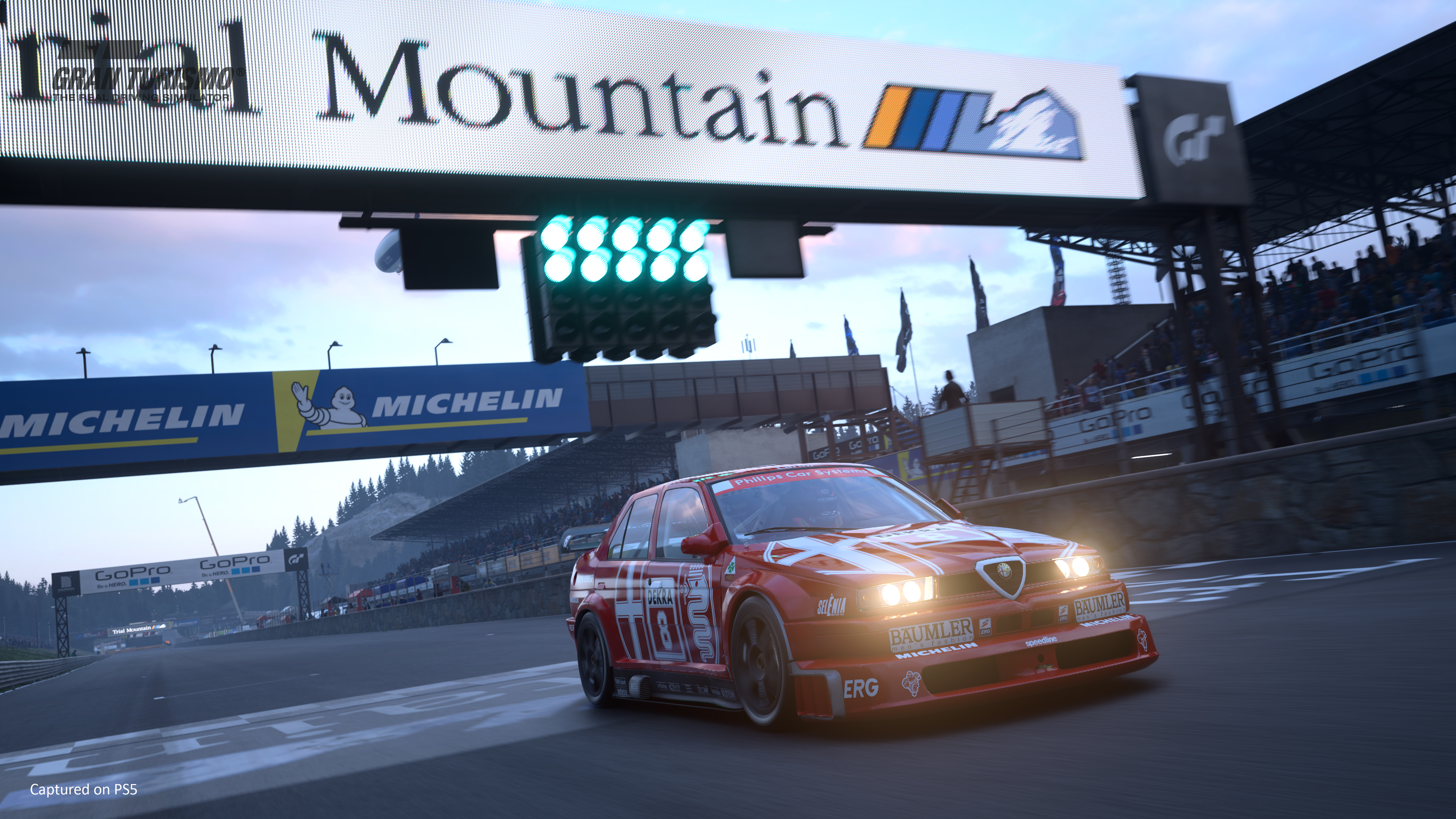 The weather in Gran Turismo 7 is some of the best implementations I’ve seen yet. I was a massive fan of how realistic weather conditions felt when Driveclub launched and feel to this day, it has yet to be overtaken as the pinnacle of weather systems. With GT7, the developers use meteorological data, temperatures, humidity, and air pressures to create weather simulations for each region. Pushing the technology even further, starry skies in specific locations at specific times and dates will show not just stars in the sky, but also planets. 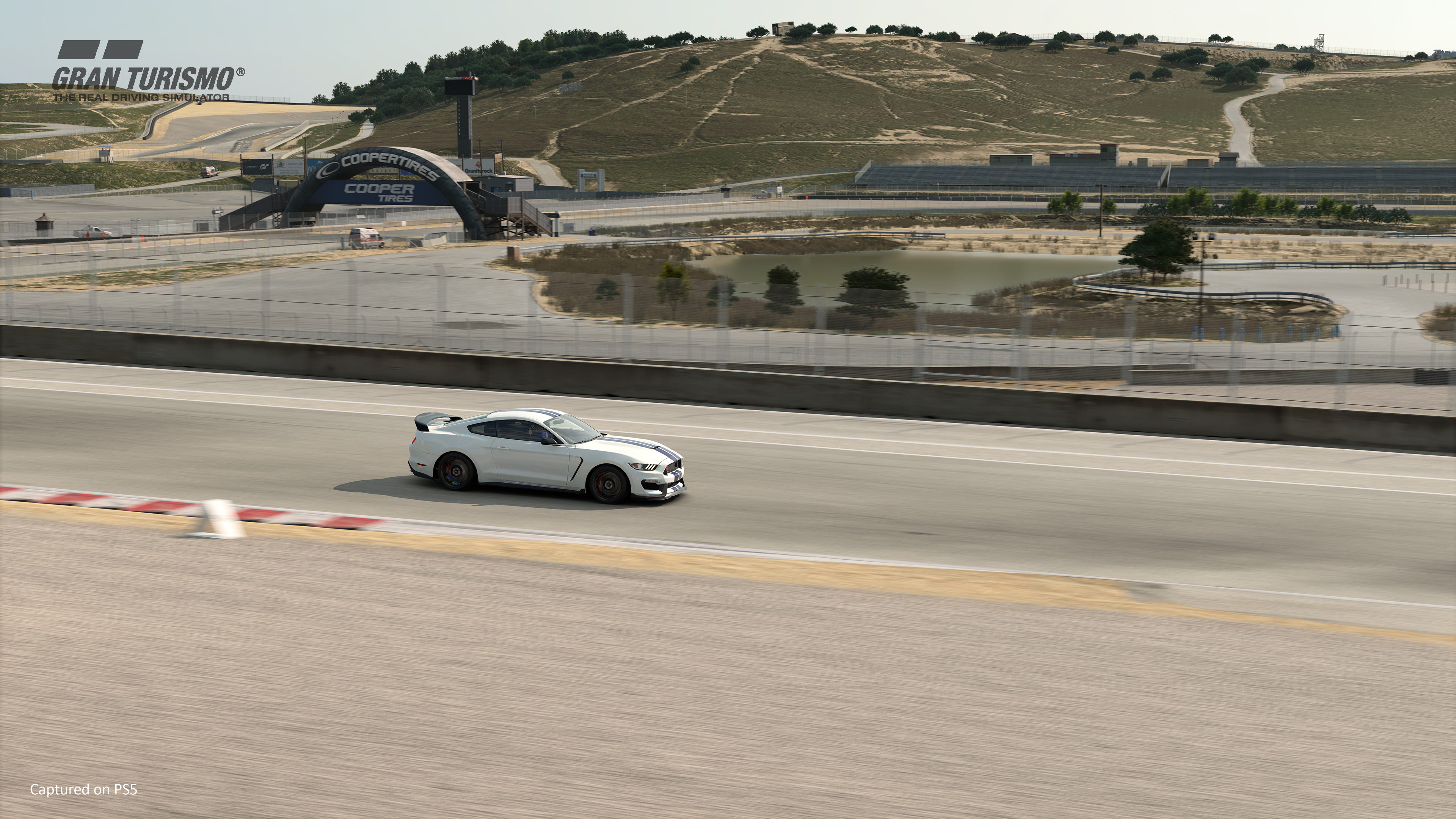 These very systems play into how the tracks behave once rain slicks the track. It isn’t particularly noticeable until you move away from the several gameplay assists offered (and you’ll want to learn the basics to improve lap times) but when the rain ends and the roads begin to dry, there is a change that is noticeable. If you’re worried about weather conditions, the UI offers a radar to predict the weather.

Regarding visuals and what you can expect at launch, PlayStation 5 offers two options — Prioritize Frame Rate Mode and a Prioritize Ray Tracing Mode. The visuals when selecting Ray Tracing Mode are stunning and a visual showpiece to show friends. Both modes operate as indicated with Frame Rate mode keeping gameplay at a steady 60 frames per second. Ray Tracing is used in several instances including the Garage, Replays, Café Demo Scenes, Scapes, and Race Photo Mode. This mode allows accurate lighting and reflections for each car.

Gran Turismo 7 is a fine return to form that looks as good as it handles. For car enthusiasts, there really is no better series to play around in the sandbox with. Polyphony Digital has created something beautiful to celebrate the 25th anniversary of Gran Turismo and it is unequivocally one of the most realized racing simulators I’ve ever played. While there are some issues, the core gameplay is better than ever, even if unlocking new cars takes longer than it should.