Looking back, do you remember when we got our first glimpse of Godfall? I do, as it was the first official look at what the PlayStation 5 was capable of. Since that trailer, it’s been a whirlwind of games, new hardware, and now, months later, Godfall is finally out and in our hands. And the thing is, as we enter a new generation, we always seem to have a few titles that launch with the new consoles but lose steam rather quickly. I’m hoping we don’t see that with Counterplay Games’ new IP because while there are some issues, it has a good foundation to grow on.

Don’t go in expecting an award-winning narrative, this is a looter-slasher that focuses on combat and earning as much loot as possible. Godfall focuses on two warring brothers – Orin and Macros – you’ll play as Orin who is shortly betrayed by Macros and left for dead. With Orin seemingly out of the way, his brother plans on ascending to godhood and it’s up to us as Orin to stop his brother from achieving his goals. It’s about as deep as the narrative goes and establishes the bare minimum for the plot to push the fun bits to the forefront. 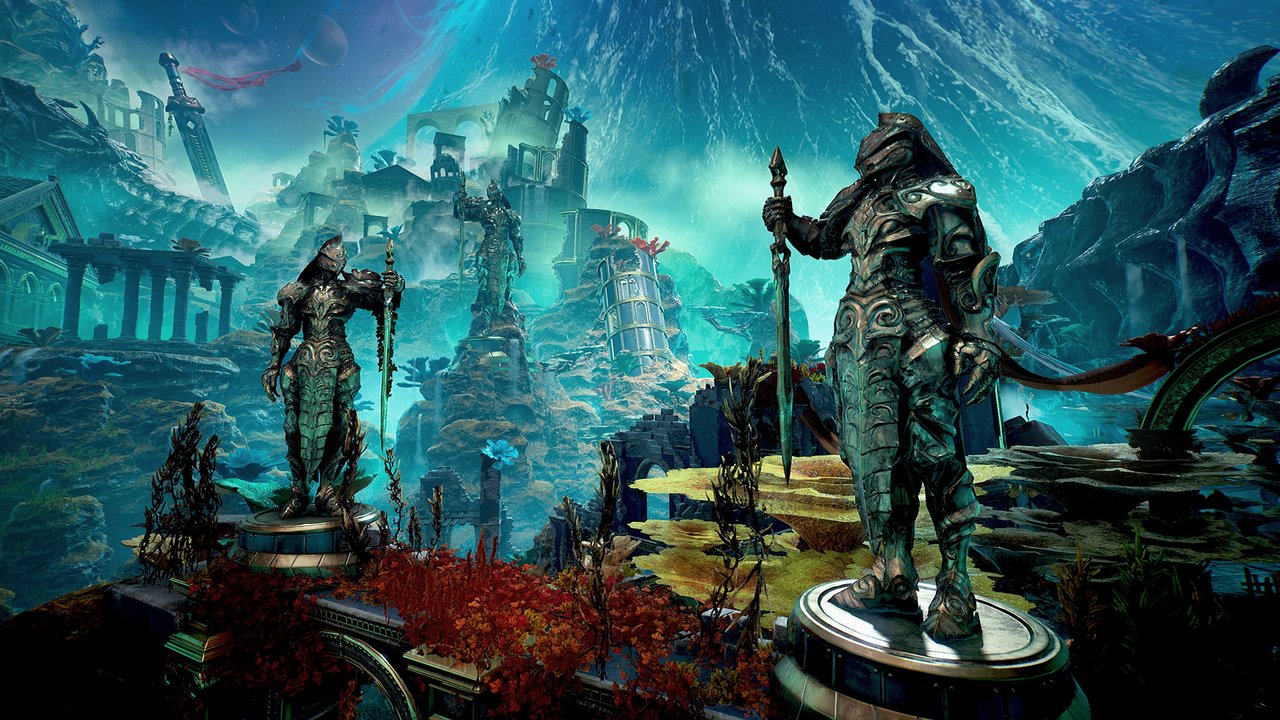 The gameplay is where Godfall mostly succeeds and it is here I found to be the most enjoyable bits to the game. Everything you do puts a focus on the action and you make your way through an army to get to your brother, the best moments are spent learning how to make the most of your time in battle. Understanding parry mechanics while utilizing your light and heavy hits before spectacularly ending your enemies is what you want. It’s what I want and ultimately what kept me good in my nearly 20-hour playthrough.

You can switch between two weapons with the tap of Triangle and the five weapon types available in-game include Longswords, Greatsword, Dual Blades, Polearms, and Warhammers. Each weapon feels versatile and different from the others, and you’ll be able to chain some sweet combos together – wielding these weapons bring a great sense of power to the player and it’s a wicker power fantasy brought forth in Godfall.

Using the DualSense controller continues to be a treat for owners of Godfall. Here, the implementation depends on the class you choose to play as, so haptic feedback is tuned to each weapon. If you like weighty weapons, the two-handed hammer will give you the feeling of swinging a heavy weapon, and as you hold to build up a strong attack, you’ll feel the energy build within the controller. Or if you prefer fast and nimble attacks, Dual Blades offer speed and mobility which offer faster pulsations within the DualSense; many of the weapon types are implemented wonderfully and because this is an action RPG, the need to get the weapon timing right is important, which is done beautifully here. And you’ll be experiencing all the frenetic gameplay across large maps that use elements to great success. What I mean is that each map is distinct with each offering a unique environment to keep yourself busy with but that’s about all there is. In each realm you’ll move about locating enemies, defeating them, then moving on to the next objective. In some cases, you’ll find backtracking to be the only option, making thing the game feel repetitious.  In comparison, the design falls in-line with what Destiny 2 offers but leaves enemy variety and missions lacking.

Playing as Orin means that you’ll also unlock Valourplates throughout your game. These suits of armour change not only the appearance of Orin but also add augmented skills and are based on a Zodiac sign. There are 12 armours to unlock include a passive and Archon ability, with the latter being tied to the respective suit it belongs to and are basically ultimate attacks. A downside I noticed is that while all the suits look excellent, a lot of the stats don’t feel rewarding – these don’t ramp your stats up satisfyingly and I’d have liked some variation on delivering the power fantasy a game like this should deliver. Valorplates are forged by finding the correct resources around the world. 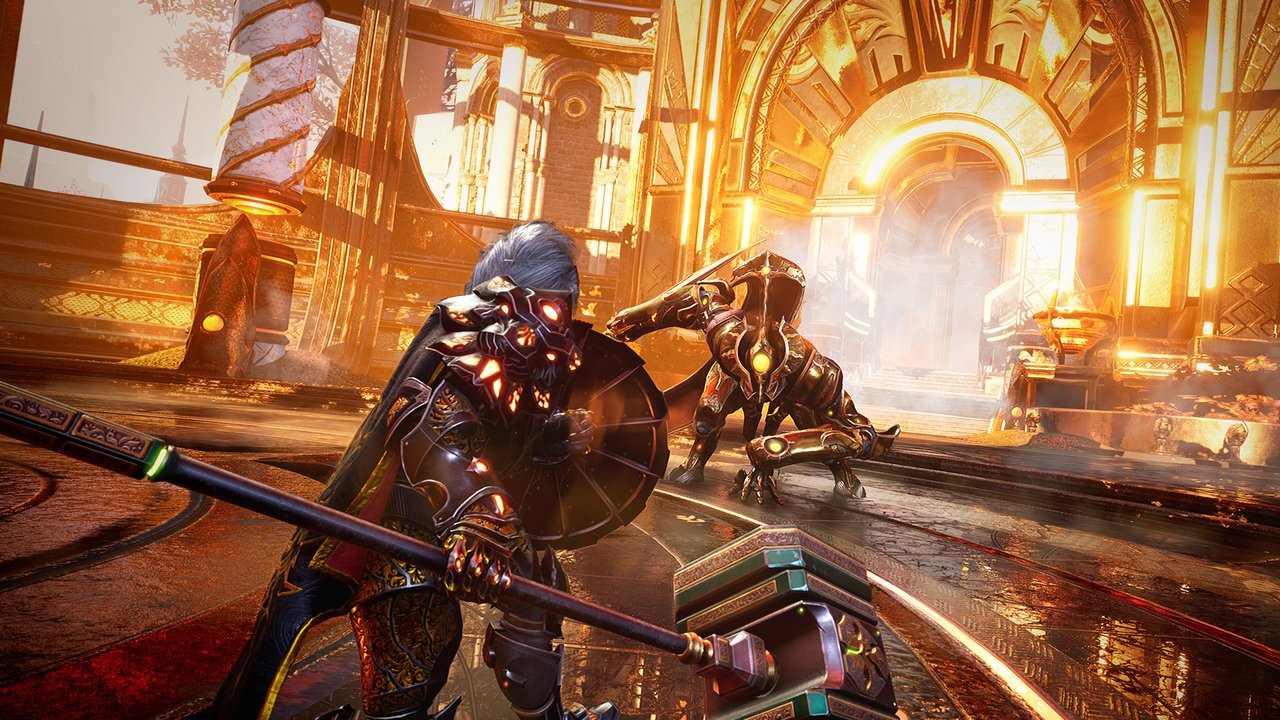 Speaking of missions, a lot of the objectives begin to feel too similar with most, if not all of them asking you to follow the path to a marker, then engage with an enemy. There is some variance of that, some missions might include wave-based annihilation of your enemies via the Tower of Trials, which is a massive tower that includes wave after wave of enemies.

Godfall is a decent game to kickstart a new generation of hardware and does some neat things while it lasts but there is a ton of repetition. I think the combat is satisfying but that’s not enough to make the endgame content fun, and a lot of the excitement fizzles out after so long, and when paired with uninteresting loot while playing Destiny 2 simultaneously, there’s not enough momentum to keep the grind alive. This is a good title to show your friends what the PlayStation 5 is capable of but Godfall is one of those launch titles that’ll end up being forgotten. I really hope we get a sequel that builds on the narrative, this is a world I’d love to revisit in a few years thanks to some excellent designs and good combat. 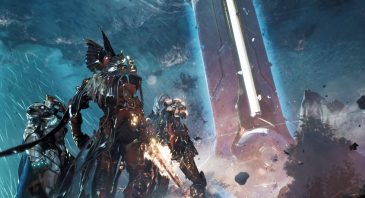 Scott Pilgrim vs. The World: The Game Complete Edition Launches Next Month