Ghosts ‘n Goblins Resurrection sees Sir Arthur return to tackle the undead and supernatural, just as Capcom attempts to do with the series. Returning to the brutal gameplay from my childhood doesn’t come without a price. When I was a child, I’d do my best to play Ghosts ‘n Goblins on weekends at my local arcade before scooping up a rental copy at my local Blockbuster. I spent hours trying my best to beat the game but I was never successful.

Capcom revealed a revitalization of the series during The Game Award 2020. Serving as a reboot, Ghosts ‘n Goblins Resurrection is essentially a new game with a fresh coat of paint and a lot of the mechanics from the series return, but so does the emotional trauma I associate with playing these games. You play as the knight, Arthur, who returns to the fray after years away from the spotlight. It’s nice to see him and his iconic boxers make an appearance but it’s also nice to see Tokuro Fujiwara return to direct the series once again. Many of the original mechanics return with a twist and I’m impressed to see the way levels are designed to challenge you but also to keep you engaged and in terror of what comes next.

While sections of the game are ported straight from the older games, there’s a great amount of reworking to make the levels feel better in today’s environment and I’m glad the developers understand that what worked 30 years ago, may not work now. With that in mind, I found myself at times struggling to make a dent in a level because the Ghosts ‘n Goblins is difficult and but it should be. You can adjust the difficulty and for some this may help ease them into the series, some players might prefer sticking to the classic difficulty, whatever way you choose to play the game is up to you. 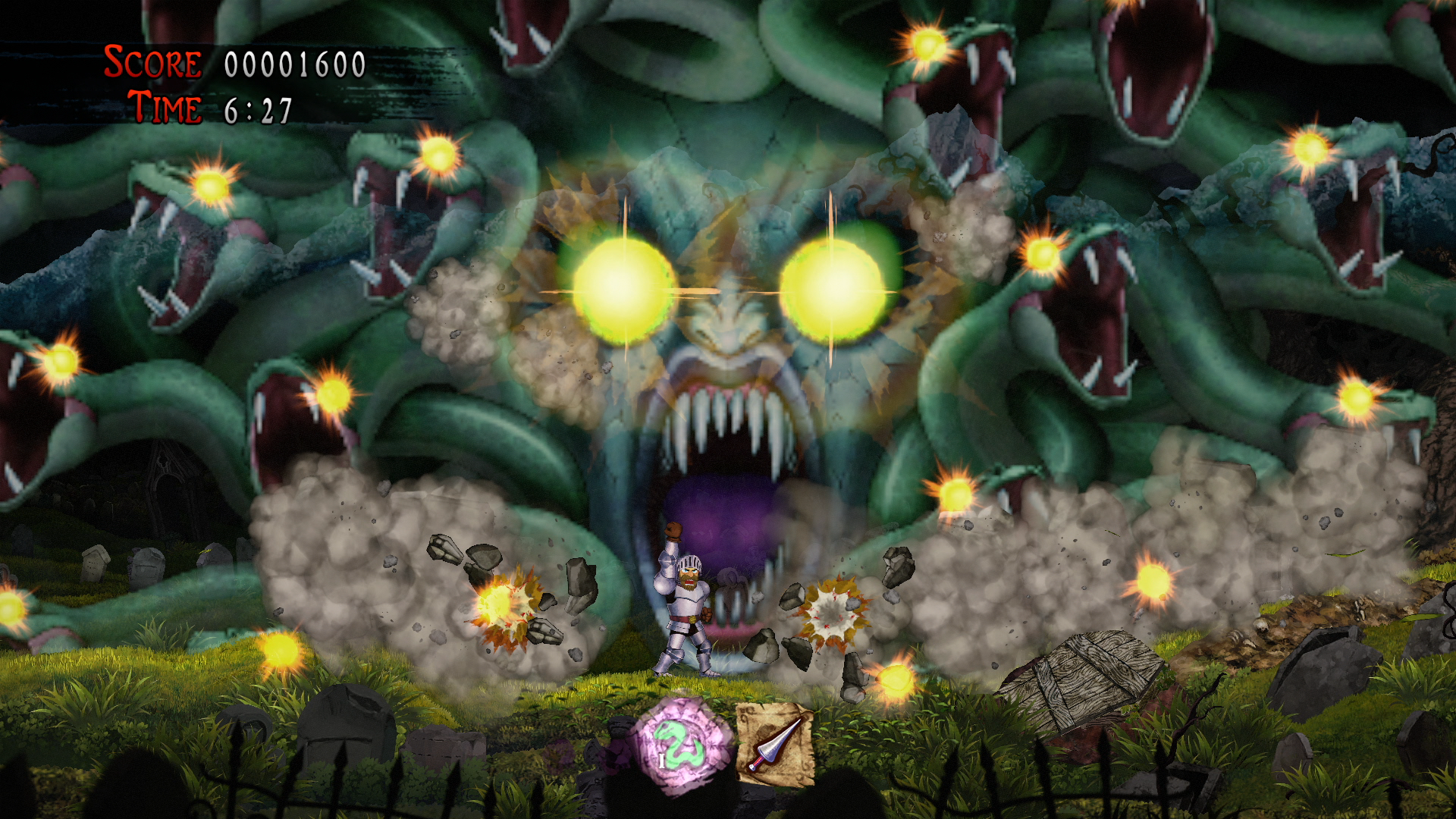 Ghosts ‘n Goblins Resurrection is difficult but the developers adding four levels of difficulty means more people can play the game. From the start, you’ll play on Legend and this is in line with what you would expect of the series, it will punish you. If this isn’t for you, you can switch between Page, which is the easiest of the bunch is forgiving with Arthur having the ability to resurrect on the spot, Knight giving Arthur an extra hit point of armour, and Squire reducing the number of enemies you’ll face.

Regardless of how you play, there are some underlying issues that stick out. For one, there’s very little story to be found and Arthur’s quest to rescue his princess is a bit archaic. I’d have liked to see some sort of shift in the narrative here but because it’s essentially a reboot of a 35-year old property, there’s not much room to improve the story. I do like the artbook style of the reboot though and it’s a great way to idealize the fantasy of being Sir Arthur. 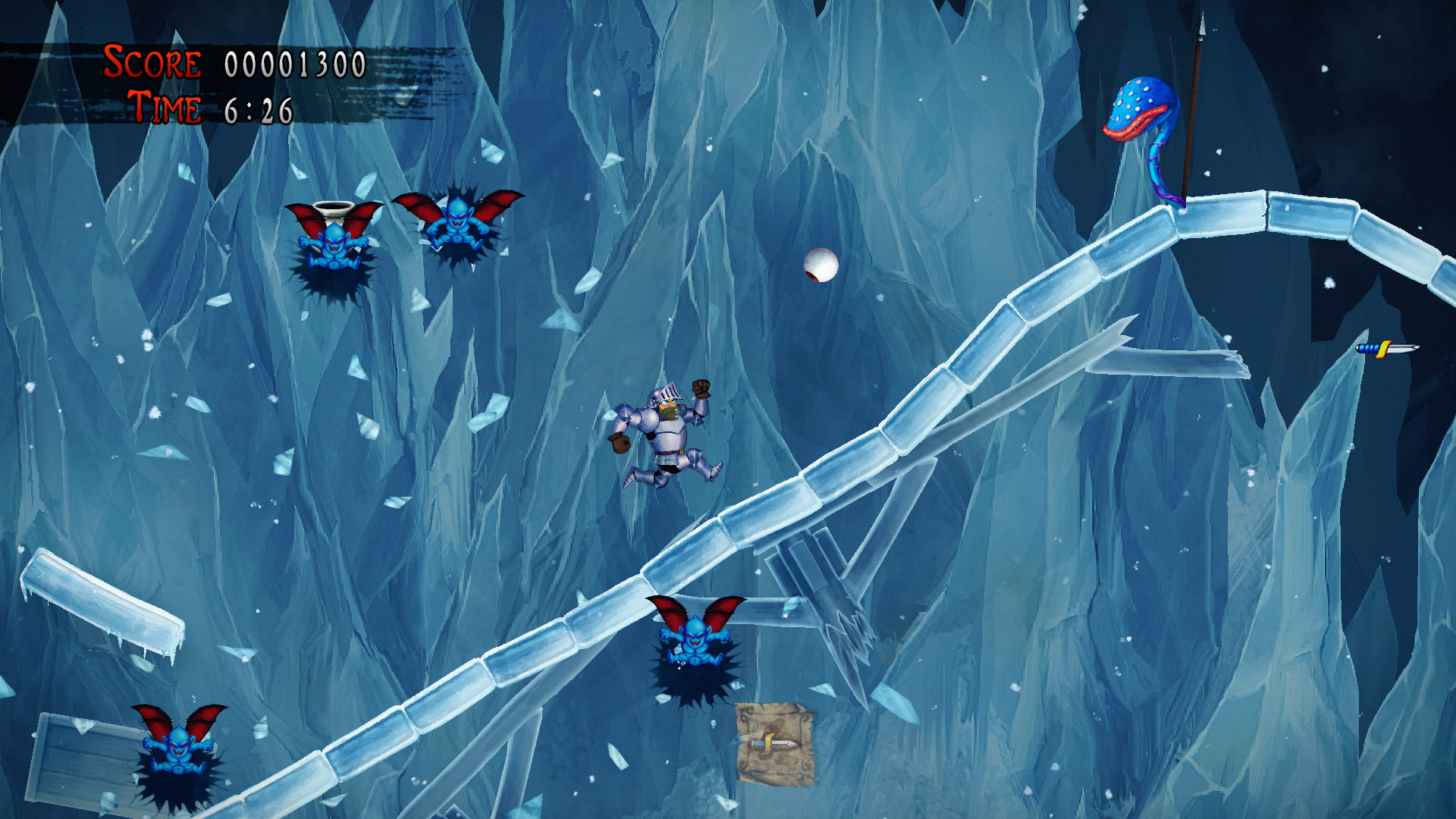 What might be a dealbreaker for those who are looking to try out Resurrection, the controls come across as sluggish. If you’ve ever played the original game or its sequel, you’ll understand what I mean when I say Arthur is limited in his movement. Some things we’ve come to expect like changing your direction in mid-air are not an option, you can’t attack an enemy and jump at them. Newcomers might not be keen on the controls and they can be jarring if you’ve never played an older game like this. Thankfully, the developers have accounted for this with the difficult levels that alleviate some of these concerns. 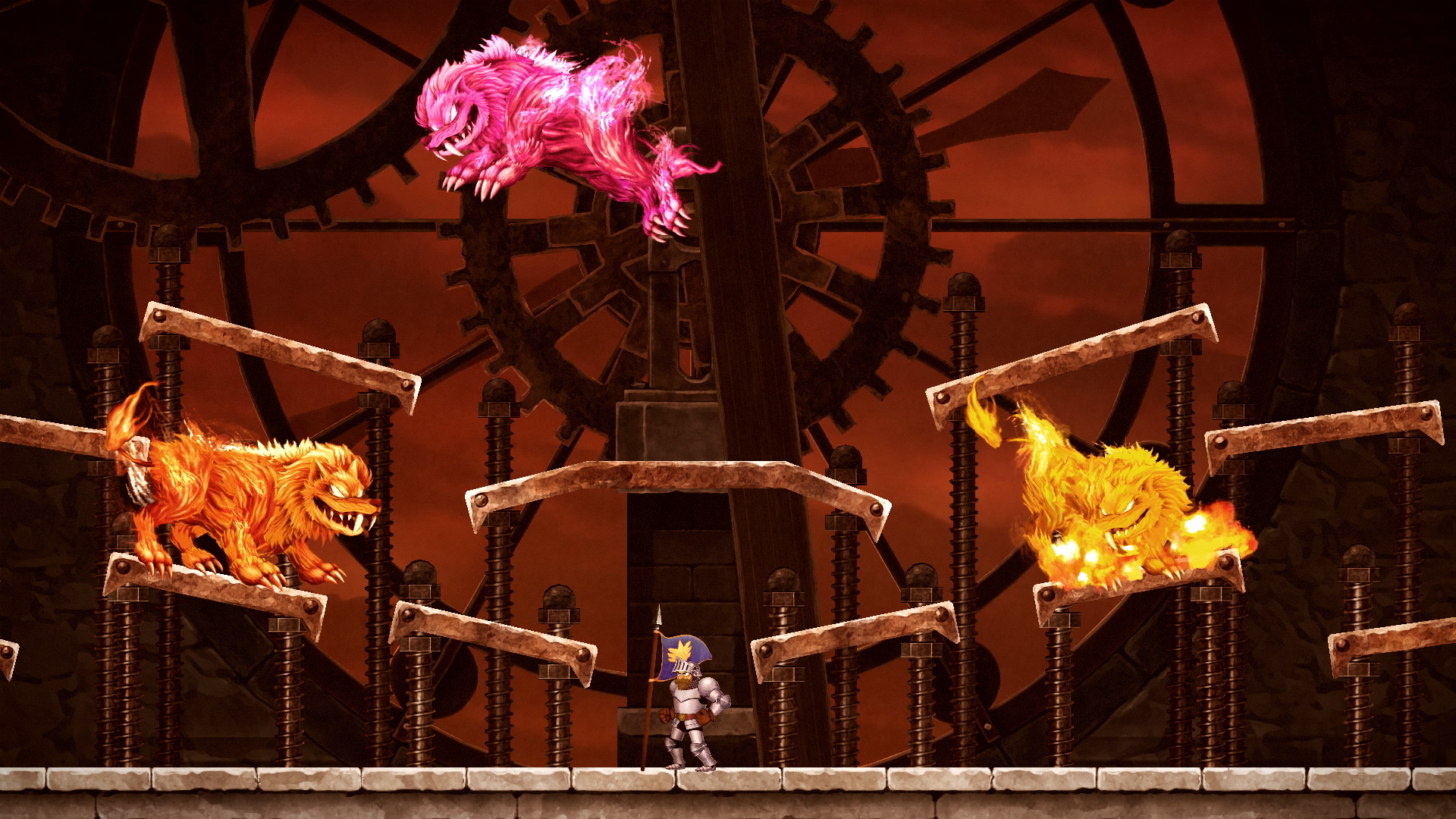 Ghosts ‘n Goblins Resurrection includes a fun two-player local co-op mode, a first for the series. One person is able to play as Arthur while the other person can play as either Archie, Barry, or Carry. The three supporting members are better known as The Three Wise Men, with each serving a specific role. Archie creating bridges to help Arthur, Barry creating barriers to protect Arthur, and Carry able to push Arthur forward in a pinch. I’ve only dabbled in co-op but the three ghosts offer a fun way to play the game with another person but adding the ability to include a friend is a nice touch. 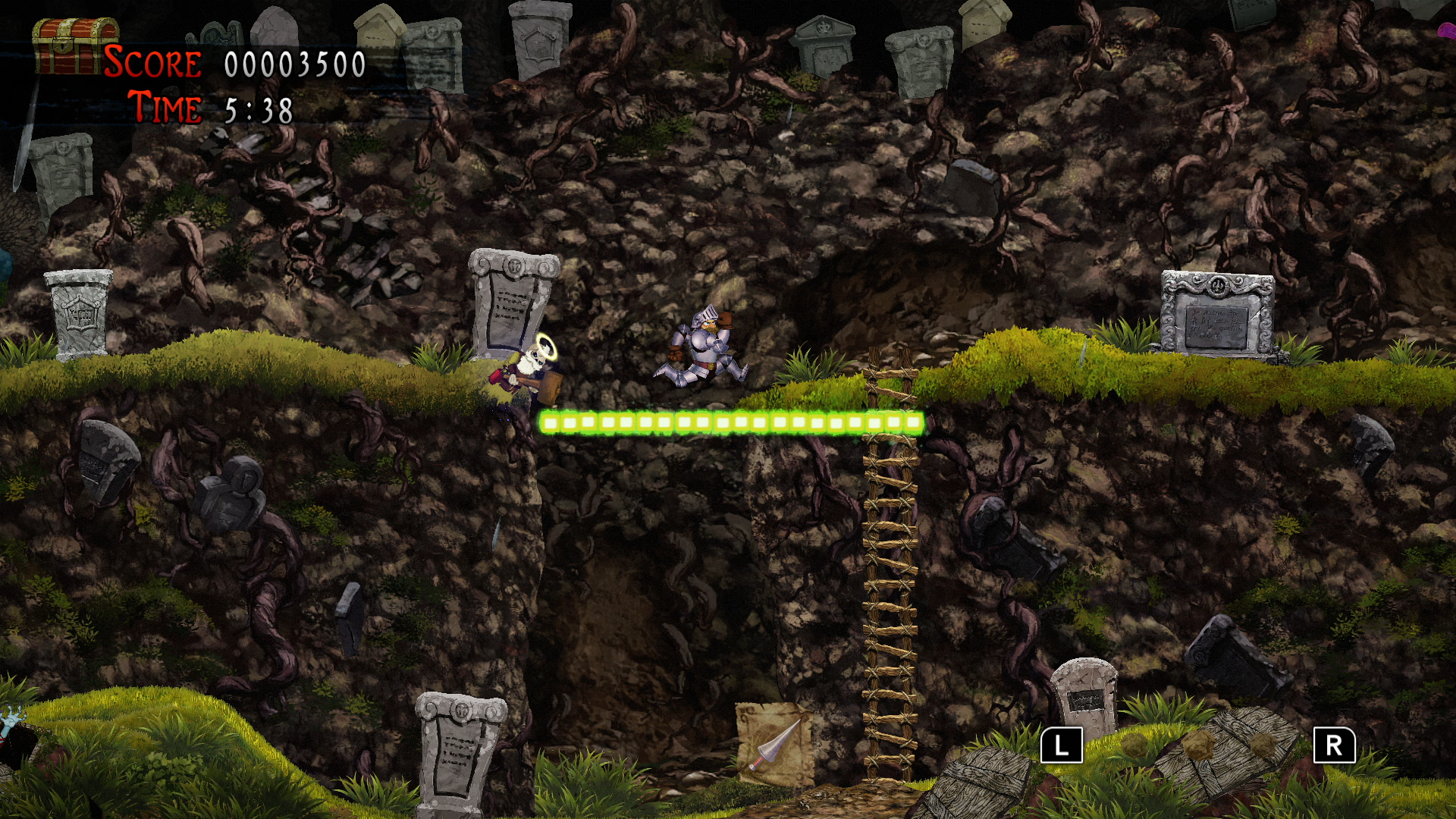 I’m torn on the aesthetic of Resurrection. I think Capcom needed to upgrade the graphics if they planned on rebooting the series but I’m not quite sure it’s the right fit. I’ve been playing Rogue Legacy 2 which is in Early Access at the moment and the hand-drawn graphics resonate better than what you’ll find with this game. Some areas are gorgeous and certain aspects of the graphics stand out beautifully, but when you start to move through each area, it becomes disorienting. It’s not bad by any means but there comes a disconnect that is noticeable.

Ghosts ‘n Goblins Resurrection is at its heart an old-school action platformer that successfully transitions the series into a new age. Don’t let the difficulty keep you from experiencing the series, the developers have included several ways for everyone to enjoy the gameplay without all the frustrations. Ghosts ‘n Goblins Resurrection’s new look works for the most part but it’s far better in motion than it is in trailers. If you’re looking to revisit the series, Resurrection is a perfect starting point to see what all the fuss is about.