Nine years ago saw the release of Gears of War from Epic Games. A game that paved the way for third person shooters. Before releasing Gears of War 4, The Coalition had partnered with Epic Games to bring us Gears of War: Ultimate Edition, remastered for the Xbox One. Not only can you now slay locusts in beautiful 1080p and 60fps, you also get five new campaign chapters, and access to the Gears of War 4 multiplayer beta. The multiplayer also gets 2 new modes: team deathmatch, and king of the hill.  All this sounds fine and dandy, but is it worth the $50 price tag for a game almost 10 years old? Let’s see…

Saying the graphics have improved would be an understatement. When Gears of War first came out in 2006 the graphics were revolutionary. Now nine years later it feels like a whole new game. Coalition has redone and rebuilt the cut scenes from scratch with technology leagues ahead of what they had in 2006. The flat textures are replaced with vibrant detail, dull landscapes replaced with brighter, livelier environments. The improvement in visual quality is something all fans of Gears of War must experience one way or the other. The controls feel improved upon as well. Don’t get me wrong, there are still some faults (we’ll talk about that in a bit), but for the most part I found controlling Marcus Fenix to be much smoother in this redux. The mechanics are good, the cover system is pretty tight. The voice acting fits the characters and the situation well. John DiMaggio (you may recognize him as Bender from Futurama or Jake from Adventure Time), Carlos Ferro (fan favorite Leonardo Da Vinci from the Assassins Creed games), Lester Speight (from Reebok commercials), and Fred Tatasciore (does voices in almost everything, look him up) lead the bill as Marcus Fenix, Dom Santiago, Augustus Cole, and Damon Baird respectively.

Every great game has its faults, unfortunately there’s quite a few for this game. Let’s start with the numerous glitches. Although very cool, using the Lancer’s chainsaw can lead to some ugly glitches. Most of the times that I used my Lancer to mow down some locusts my Lancer wasn’t even touching them, there was an obvious gap between the Locusts skull and my chainsaw. The AI is absolutely the worst thing about this game. In some places your teammates will all of a sudden start running back and forth, running into things, and even wall running (running in place against a wall).  Two separate times in the game your partner will get himself killed over and over and over again and theres nothing you can do about it. My game was delayed by about four hours thanks to this asinine AI. Speaking of AI, whenever you have to rely on your AI partner for pushing a button or anything that prompts the continuation of the game you will most likely have to restart from the checkpoint as your partner will not do what he needs to. Although the controls are great, the scheme relies too heavily on the A button. The A button enables you to run, leap, take cover, vault from cover, and switch to different cover thus resulting in a lot of accidental moves into the oncoming threat. Speaking of running, I found the turning radius while running was pretty tight. Not all too bad, it just takes a lot of getting use to and a pain in the ass sometimes. From time to time a character will move across the screen without actually moving their legs making it look like they’re just sliding. Lastly, the game is a little repetitive. Go down this dark street, oh bad guys, take cover, shoot, continue down dark street. Rinse and repeat.

The cons do majorly outweigh the pros, but I’m not going to give this game a bad review simply for the fun and nostalgia. The game is beautiful and a must play if you enjoyed the original. The con’s don’t ruin the game, but are a problem if you’re a nitpicker like me. If you find an extra $50 in your wallet and want a taste of nostalgia and don’t care about the occasional glitch then I would recommend this game. 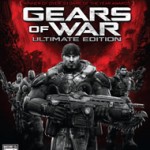