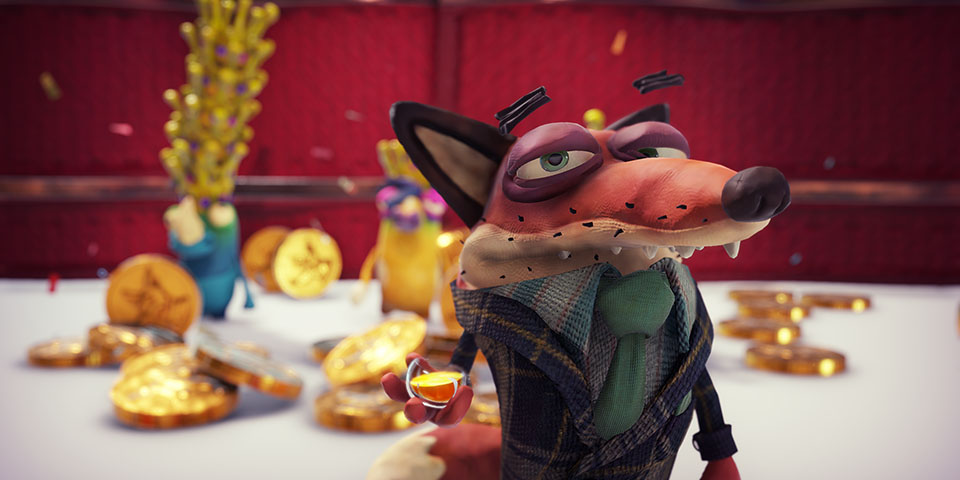 PlayStation’s PlayLink series of social games continues with the latest release, Frantics. The PlayLink series is disparate series of games that use your mobile device as the controller via an app. These titles are a great way to gather your friends together for some fun and competitive nights.

As with other games in the PlayLink series, on your mobile device, you need to take a picture and pick your avatar which in this case is a range of animals to pick from. There are a dozen or so minigames to play, with a match consisting of four events. Winners are given crowns at the end, which play a part of the final game. These crowns are used in the final game as a currency that can be used as lives in case you make a mistake. There are also coins to collect that allow for powerups to be purchased that add advantages to your character and many times items are won via a blind auction between rounds so you don’t know who is doing what. 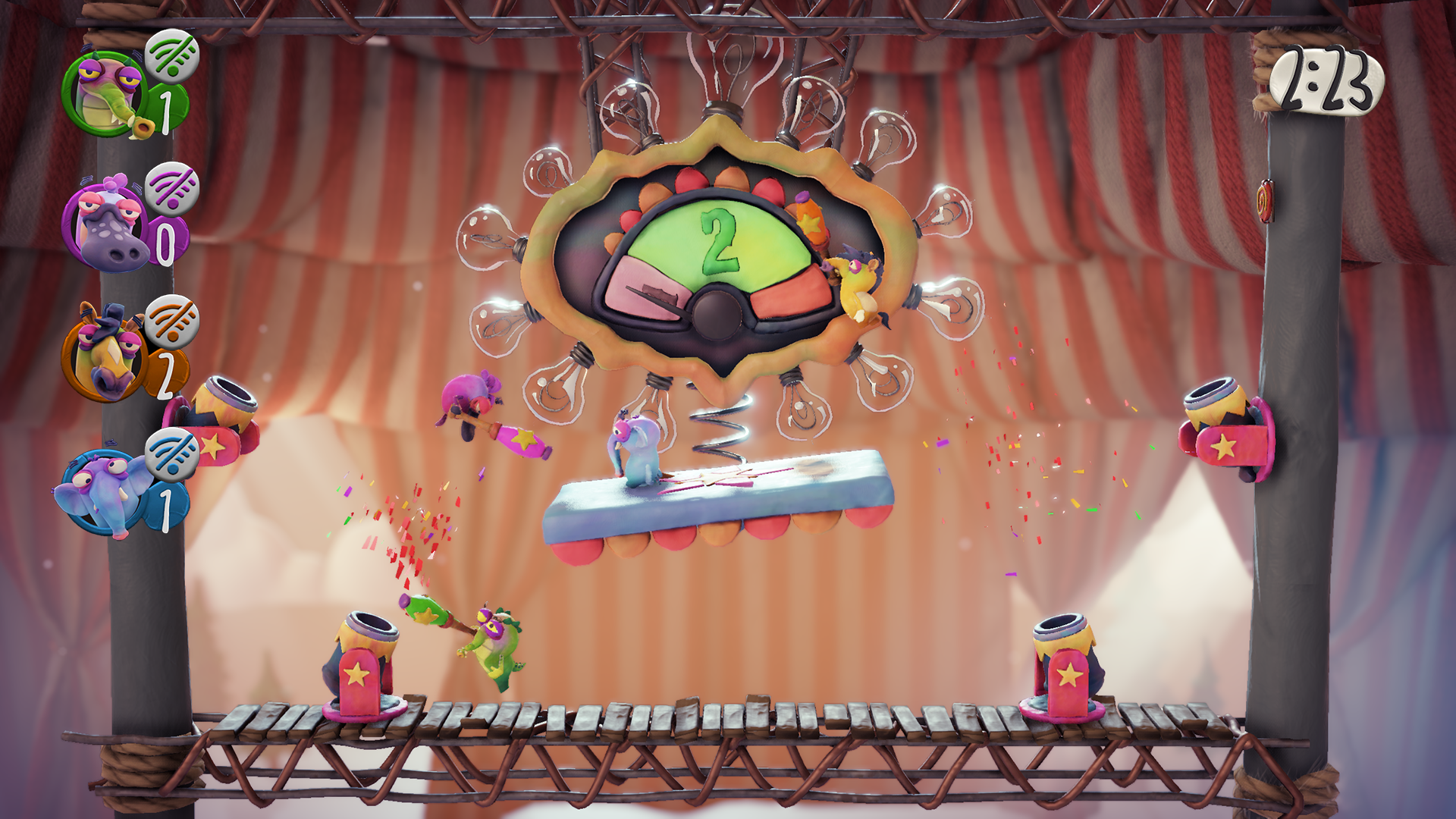 Your host is a sassy fox fill of sarcasm and helps narrate the games while you play them. Of course, being a fox, there’s something devious about him. For example, the fox may sneak up on a player and propose a proposition that will affect the flow of the game. He may also pit you against another player, offering crowns to give a player the win. It’s a neat way to shake up the flow of the games.

With any game that requires the usage of your mobile phone, my biggest issue is the drain on your battery. I do, however, like the ease of the system and once everyone is on the local network, it’s a simple as the push of a button to start playing.

The PlayLink series has been a positive addition to the PlayStation brand since launching with That’s You! and each release had added a fun and entertaining way to gather your closest friends together to laugh. While not a game that puts your mind to work, it does occasionally get the juices flowing, the only problem is some games