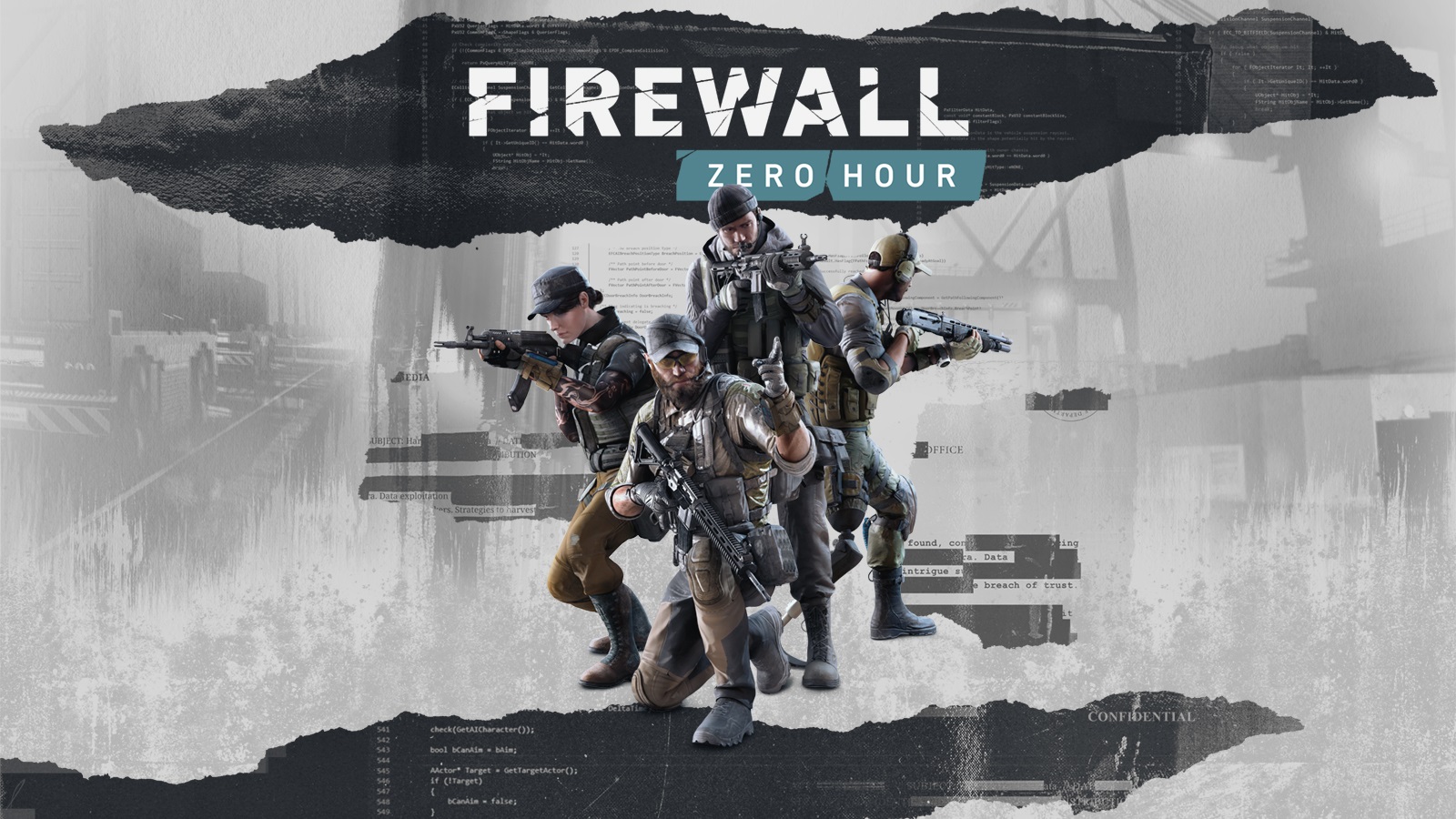 The PlayStation VR has continually been searching for a title that can offer a definitive PS VR experience. The answer has finally come with the release of Firewall: Zero Hour as it offers a tactical team-based immersive experience that is unlike anything players have enjoyed previously. First Contact Entertainment has brought a Rainbow Six experience to the PS VR that creates an entirely new shooter experience that is embodied through realistic game mechanics, teamwork, and communication on the battlefield.

The menu system is created to ease players into the online realm against opponents from around the world. First you have a tutorial option where you can learn the basics on how to be successful when engaging in combat. Upon its completion, players will want to better understand the gameplay mechanics while engaging AI opponents and to also familiarize themselves with the various maps that are available in the training mode. Several maps feature close corridor combat, so navigating through the areas unknowing to possible entry points or elevated positions can result in an immediate defeat. Once you have acquired enough knowledge and bravery, the departure into the online Contracts game mode will be your true test. Objectives are simple for the attacking team as they must first locate a firewall device that are randomly generated and then hack a laptop that contains sensitive information. I applaud First Contact Entertainment for not allowing teams to become victorious by simply removing all enemy threats. Players are only victorious once the hack has reached completion. This helps eliminate matches turning into team deathmatches as most individuals across many online shooters forget the objectives at hand and simply hunt for enemy opponents. Defenders have the task of stopping the attacking team from hacking the laptop.

Players can use the DualShock 4 controller or the VR Aim controller, which gives a much more immersive experience. The ability to peek around corners and raise your VR Aim controller to shoot down the sights at opponents in the distance has a significantly more satisfying feeling than using the standard controller. Players will also want to pay close attention to their wrist tablet, which is an ingenious way to create a realistic map system for players to view in combat. Any enemy that fires without weapon suppression will have their location revealed on the wrist tablet, so it is an invaluable item to utilize to achieve victory. Teamwork and communication is at the core of being successful in Firewall: Zero Hour. On occasion, you will encounter players who do not offer verbal support to their team mates, or enjoy stepping away from the team to chase opponents and eventually leave you outnumbered. I recommend looking for a different group of players as they can quickly ruin the experience. The Support Feed system highlights the significance of communication as you can continue to assist your teammates after you have died by calling out their positions as you view the battlefield from the several cameras that are at your disposal. I was also quite impressed on how most strangers from around the world understood the significance of communicating as discussions are always based around the gameplay. They will also insist that quiet players find their voice as it will give them an edge in combat.

Gameplay feels very fluid throughout and offers one of the best VR experiences you can have on the PS VR. The immersive gameplay will make you think twice before playing a non-VR shooter afterwards as they do not come close to offering the realistic experience that Firewall: Zero Hour does. It also offers tense tactical combat as you clear rooms and hallways as a team before proceeding into undiscovered areas. Gone are the days of running directly at your enemies in fast-paced online shooters such as Call of Duty as this will result in imminent death. Players must strategize, adapt, distract, and overcome enemies by working as a team. Every kill is earned and celebrated as every match offers an entirely different experience. One of the main concerns with Firewall: Zero Hour is the amount of time spent in the lobby waiting for a Contracts match to begin. Once you have eight players in the room, the one minute countdown will begin to start the match. Any player that departs will make you wait for a new one to join and then the clock will start again. You will also be brought back to the lobby area after each match. It would have been better to implement a three round match scenario to continue the experience instead of the continual momentary halt after each round. You can also customize loadouts to your liking and playstyle, but it does take a significant amount of time to acquire the desired amount of Cryptocurrency to unlock weapons and attachments.

Firewall: Zero Hour offers a tactical squad-based shooter that will be your new favourite PS VR title, especially when played with the VR Aim controller. It puts you in intense gameplay situations that can be overcome with teamwork and communication. The community that I have had the pleasure of playing with over the past while showcase the camaraderie among gamers on how we can work together to make an unforgettable PS VR experience. Firewall: Zero Hour comes highly recommended as one the best VR titles you can currently enjoy on the PlayStation 4.